Every year I look forward to a few things: The newest chapters in the Marvel Universe. SEMA (and all of the craziness that it brings). Any (surprising) new movies and tv shows. New tech that gets released. And last but not least, what new crazy items we’ll see on the menu at my favorite fast food joints. It sounds weird, but, I from time-to-time do taste testing for some restaurants. It’s always fun to see what ended up passing all the tests and makes it to the menus. I mean, if I could tell you some of the things I’ve come across, you’d be amazed to think that they were even thinking of making it. Rainbow Donut holes at Taco Bell anyone? But, while this is all some of the few things that I do look forward to checking out, there is one other that always stands out in my mind. Spocom.

If you live here in Southern California, then you know just how many car shows that there are. If you take a moment to look up car shows in SoCal, then you’d notice that there is no shortage of events on any given day or any given weekend. But, the truth is, that for every show, there are several more meet-ups and get-togethers. This makes larger, more organized shows harder to come by. And while there are a few, very few have come to match the epicness (if it isn’t a word by now, it definitely should be) of the SpoCom series (of shows). SpoCom, in just a few short years has managed to carve out a place for itself. It has become, in a lot of ways, the hallmark of tuner car shows. While I have never been to the other SpoCom shows (something I hope to change by going to another one of their events this year), I can only assume that they are all as great as the original event in Anaheim. Needless to say, from the time that SpoCom first opened up its doors back in 2007, they have kept their commitment to putting together the best show that they can. They have held this tradition for many years now, and the hope was they they could do it again. Were they able to do it?

If you are reading this, and haven’t bothered to scroll down to look at the pictures, then you know that SpoCom did it again. Once again, they put on one hell of a show. They brought out the best cars, models, fans and talent all in to one place on one day. While the crowd was pretty huge that day, it wasn’t as big as it has been previously. There may be a number of reasons that the crowd wasn’t as big (one being the Dub Show that was going on at the same time in Fontana, and Comic Con San Diego), it didn’t mean that it wasn’t as awesome as it has been in the past. In fact, this show was pretty freaking awesome. The cars were definitely out in full force, and nearly every one was a winner (you can check out some of our favorites down below). In fact, this was the first time that we had seen a lot of these cars. Keeping with the SpoCom tradition, a lot of the cars were personally approved prior to them making an appearance, and this means that only the best of the best make it to this show. While I do wish that more local cars would have made it, it is nice to see the amount of variety that made it in this time. For those rides that were there… Ooooohhh weee! Were they nice!

The show was a great one. It has always been though. But, i’ll admit, I may be a little biased. This time around it was the first time the Spektrum Squad would make it out to SpoCom. I was just as happy typing that right now as I was to be there at the show. We have been wanting to check out SpoCom (as a vendor) for a long time, and finally, we were able to have our booth there. For the first time we were able to see what it was like to be there as a fam and to meet up with all of the fans. We had a number of new members that day, so, it was pretty cool getting to see them in action. It was a fun time, and one we definitely want to make it out to again. Let’s hope that this show was the first of many trips back. Shoutout to the squad that was there with us that day: Ily, Tyler, Cecilia, Jacey, Cara, Michelle, Emily, Brandon (Bee), Adam, and of course Gee!

I do want to highlight the best part of the show. And that was meeting all of the amazing folks that we came across. We befriended a number of people that day, and it was really fun catching up with some old friends. We were very fortunate enough to chat with some of these people, and you can see some of the interviews we did down below. Mind you, there was so much more that we didn’t film, and wish we could have shared with you. But alas, let’s just say that every time we do a show, it feels like we are catching up with our old buddies.. And new ones of course. There’s something about the car community that is incredibly welcoming, and it was cool seeing people from different walks of life come together. It isn’t a shock to anyone that’s been to a car show, but, it seemed especially special at this one.

So, while this was the first SpoCom show of the year, it already set the tone for the rest of them. This was one of the best shows we’ve done all year, and I couldn’t have been happier to been a part of it. Sure, I may have melted that day (man, if you were there, then, you’d remember just how scorching hot it was that day. Especially when the convention center shut off the AC prior to the show. Whew!), but it was good times. As of the time of this writing, the next SpoCom Show for California is just around the corner. That one is supposed to take place in San Diego. I’ve never been there before, but, if it’s anything like this one, it’ll be fun to check out. We’ll definitely check that one out and let you know how it goes. In the meantime though, check out just some of the craziness that we experienced at SpoCom Anaheim, and if we met up with you that day, thank you for taking the time to come by and say hello.

For more information on SpoCom and their upcoming shows please make sure to check out their website at SpoCom USA.

magnificent points altogether, you just gained a emblem new reader.
What would you suggest about your post that you simply made some days in the past?
Any sure?

It’s wonderful that you are getting thoughts from this paragraph as
well as from our argument made here.

I like the valuable information you provide in your articles.
I’ll bookmark your weblog and check again here frequently.
I am quite certain I will learn lots of new stuff right here!

Good luck for the next!

Pretty! This has been a really wonderful article.

Thanks for providing these details.

For most up-to-date information you have to pay a quick visit world wide web and on web I found this
site as a most excellent web page for newest updates.

I was excited to discover this web site. I want to to thank you
for your time for this fantastic read!! I definitely really
liked every part of it and i also have you saved as a
favorite to see new things in your site.

This site certainly has all of the information I needed concerning this subject and didnít know who to ask.

Howdy! Quick question that’s entirely off topic. Do you know how to make your
site mobile friendly? My weblog looks weird when viewing from my
iphone. I’m trying to find a template or plugin that might be able to correct this problem.
If you have any recommendations, please share. Cheers!

Hello there, just became alert to your blog through Google, and found that it’s truly informative.
I am going to watch out for brussels. I’ll appreciate if
you continue this in future. A lot of people will be benefited from your writing.
Cheers!

Good post. I learn something totally new and challenging on sites I stumbleupon every day.
It’s always exciting to read through content from other authors and practice something from other sites.

Pretty nice post. I simply stumbled upon your blog and wanted to mention that I have truly loved surfing around your
blog posts. In any case I’ll be subscribing to your rss feed
and I am hoping you write once more very soon!

Good article! We are linking to this particularly great content on our site.
Keep up the good writing.

Every weekend i used to pay a quick visit this website, because i want enjoyment, as this this web page conations in fact
nice funny data too. 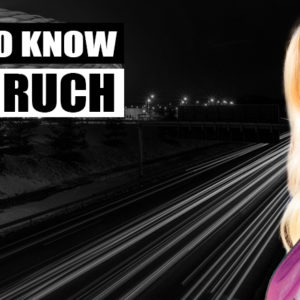 The first time I went to SEMA I was pretty  overwhelmed. I know I've said this many times before (if you've ever...