It has been a long time since we had been to any shows and it has been even longer since we had been on the road for any shows. When I had heard that the Exxxotica show was coming up I thought to myself, “Wouldn’t that be fun to check out?”. Last year was the first time we had been to the XBIZ Awards and that was a lot of fun. The people were zany and the outfits were great, and everyone was having an amazing time. And, considering it was before the pandemic, life was awesome. So, when I heard that Exxotica was happening, and that it was going to be in Miami, I knew that I just had to go. I had never been there before, and considering it was hosting the show, it was a no-brainer to go check out. Little did I know that it would be the beginning of an action packed 4-day adventure.

I had booked my flight for Miami nearly the moment that I knew I was going to the show. It only seemed appropriate since I am always cautious of making trip plans without knowing all the details. But, on this one, it just had to happen. So, when the day came to finally check out the show I couldn’t have been any more excited. I had been to Florida several times before, but this would be my first time going to The Magic City. Needless to say, I wasn’t prepared for the jet engine searing heatblast that I would get walking out of the airport.

It had been a long time since I had been in a humid environment and boy, oh boy was that a shocker. But, while my dry skin was fully moisturized, it was tough to move around and not sweat. So, I can see why all the beautiful people of that town dress the way they do. Loose clothing or damn near nothing at all at the beaches. Good stuff indeed. And that was just a preview of the show.

I remember walking in to the show on that first day thinking that it was probably going to be a small show, or at least semi-decent. But, no way, that was definitely not the case. From the moment the show opened all the way until the day that it closed, Exxxotica Miami was one hell of a show. There were tons of people there from all over the world and (I don’t know if it is because of Miami), but the feeling in the air was nothing but pure energy. The music was bumping, the people were dancing, the stage was lit up and there were boobs and booty everywhere. It was electric and you can tell that everyone there was not only happy to be there, but they were horny as hell. Being locked up in our commie state of California is the opposite of what was going on there, and it was indeed glorious!

I remember walking in that first day (and feeling the same every day after) and thinking that it was so nice to see some normality in the world. You’ve got girls steaming at the Chaturbate and Myfreecams booths (all of them looking sexy as hell might I add), and right down the middle you have people from every walk of life smiling and shaking their asses like we are in the last days on earth. Everyone, and I mean everyone I talked to [well, maybe not Stormy Daniels(ha!)] was in a great mood to be there. No one was more fun to talk to than the models at the Bad Dragon booth. Bad Dragon is a sex toy company and while I had never heard of them before, they brought out the big guns and had some of the most well known, beautiful and charming ladies of the industry at their booth. From April O’Neil (who is not only beautiful, but just oozes charm) to Keisha Grey (who is both beautiful and downright adorable), Jennifer White (who is just stunning in person) and several others, it was THE booth to check out. That booth alone took over about an 8th of the whole show floor, so it was impressive.

But, not only was the show something else but the performances on stage were great. When I had walked in to the show it was with the beautiful Janine Jericho on stage. Her fire and dance performance was incredible. The stripper pole contest and Ms Exxxotica Contests were similar as well. All of them fun and full of life. I do regret not having the time to check out the panels or the Q&A’s with the performers. Talking to any of them reveals a side of them that you just don’t get in any movie or interview. It really is a side of industry that one would never get to know without checking out a convention such as Exxxotica. In fact, I would say that for a fan (or even anyone that is remotely curious) it is a nice peek into a world that many of us just imagine.

So, if you are interested in checking out any show this year (or the next) I definitely recommend heading over to Exxxotica. In a world that has gone mad, why not be happy. You’ll definitely find enough to smile at and meet some amazing people while you’re at it. And you just might get to see Tiny Texie and a slew of celebrities while you’re at it. I could also describe the show some more, but, why waste your time and not just show you a bit of some of the zaniness that went down in Miami. Check out the video down below and the photos and be assured that we will be going back! Thanks for checking us out and leave a comment below if you went to the show pr if you will be going to the next one.


This article was prepared or accomplished by Daniel Navarrete in his personal capacity. The opinions expressed in this article are the author’s own and do not necessarily reflect the views of Spektrum Magazine, or its affiliates. 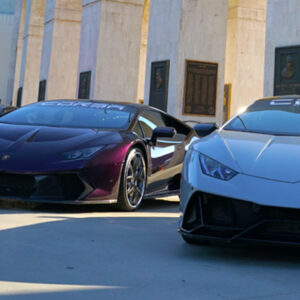 Hot Import Nights LA Coliseum The last year has been one of the most eventful years of my life. Things have gone on in my life...