It’s hard to believe but it has been 9 years since I started the Spektrum Magazine journey. I remember dreaming about doing something like Spektrum way back when I was on one of my trips. I remember being on that trip and wanting to tell all of my friends and family just how amazing a time I was having. But, before I even got home I remembered the reason that I was starting the whole magazine in the first place. One of the main reasons for starting the magazine was to explain to people the places I had been and the people I had seen. It was like a way that I could explain what it was like to be at the place or event I was at. And just like that, the spark that was Spektrum took shape.

While Spektrum was in development for a few months prior to the 2013 end of year, it was at that moment that I decided to drop one of the projects that I was so passionate about. I really wanted to make this thing happen, and after months of prep, research and getting a lot of feedback from people that I respected and loved, I knew it was time. And here we are. 9 years later and Spektrum has become not just a passion project but an extension of me and the team we work with. 9 years of amazing people, places, events, things and most importantly, fun.

It has been a wild ride, and it’s hard to believe that it all started with that idea of just explaining trips to friends. Explaining how instead of telling them about it, I wish that they were there. Explaining it, and showing them just how awesome it is would be the next best thing. And that is where Spektrum was born.

Thank you to everyone that I have worked with over the years. It has been so incredible that I cannot put it in to words. As awesome as it has been though I feel as though it is only the beginning. The last years of covid lockdowns really made me put life into perspective. Not so much because of the lockdowns themselves (or the virus) but where the world would be after it was all over. And while things are rapidly going back to the way it was, it is also different. But, as different as it is I do promise that we will never change in the way we do things. I still love Spektrum with every fiber of my being and getting out there and connecting with the world is one of the joys that everyone should experience.

That mission started 9 years ago and will continue for another 9 without a doubt. So, let’s kick off 2023 in the best of ways and take a look at where it all began. This picture that is attached was the very first logo design for Spektrum. It came from model and artist Carol Seleme. I had asked for her thoughts on what a logo would be, and considering how talented she is that was no problem for her. It was definitely a work in progress but man, I cannot even begin to tell you just how excited I was to get things off the ground. Having a logo and a direction was just the beginning and it it all started with this first image. Thank you to Carol and to everyone that has, does and will work with our team. Without you Spektrum would never be where it is now.

Now let’s keep this dream alive and hit the ground running for another amazing year!

I wish to show my passion for your generosity giving support to people that must have help with this one concern. Your very own commitment to getting the message up and down was definitely advantageous and have consistently permitted guys and women much like me to reach their desired goals. Your entire valuable guideline implies a whole lot a person like me and extremely more to my office workers. With thanks; from everyone of us. 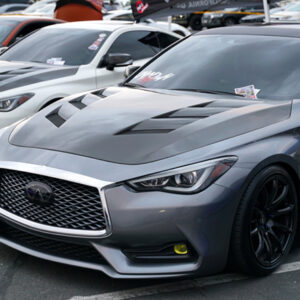 Season Closer This year started out crazy and from the moment New Year's hit, it was an all out race to the finish....