The end of 2019 signaled a change in the way I was living life. I had just moved on from my old job and things were kind of looking like the new year was going to be rough. I had gotten settled at my old job and things were moving along pretty briskly. But, it’s like I learned a long time ago, if there’s one thing that you can’t do, it’s to get comfortable. I may have been working at my last place for a while, but, with very little changes it felt like things just kind of got stagnant. I was usually on edge (with the job being one of the most stressful that I’ve had) and I was working a lot. After a while it was taking a toll on me. You can only work late and weekends so much before you start to realize that you’re falling apart. So, needless to say life decided to throw a monkey wrench in to my life and force me to make a few changes. For the first time in a long time I moved on and was at a new job. I felt like this new job and change of scenery was going to be a good thing for me. If there was one thing that needed changing too it was my health. Working almost sunrise to sunset in front of a computer and constantly ordering out was taking a toll on my sexy ass body. I could have taken it easy, especially considering it was around the holidays, but maybe this was a sign that to start kicking things in to high gear. You know what one of the first things I thought of when the new year started was? Hell, it was to get ready to go check out one of my favorite shows of the year. It’s a show that I look forward to year after year, and with these new life changes, I was really looking for some motivation. There’s only one show that can do that, and that’s the LA Fit Expo.

If you’ve been with us for some time then this show is nothing new to you. We do anything we can to check out this show, and this year was no exception. The only difference is that, unlike the last few years I was in the mood for some inspiration. Well, if I wanted some inspiration I knew that I wasn’t going to have to look far. This is a show that is all about lifting up people’s spirits and helping them achieve a better lifestyle. If I was feeling crummy before I knew it wouldn’t last long coming here. And true to the last few years that we’ve come to it, it didn’t disappoint. I feel like this year was a lot more action packed than it was in years past. There were tons of companies (as always) and everyone was in a great mood. Everywhere we went and everyone we talked to was in high spirits, and this was considering the fact that just before we got to the show we had heard the news about Kobe Bryant’s passing. It was not a thing that I expected to hear and wouldn’t have imagined, but, was thankful to be around so many happy folks.

This year was exciting because we got to meet up with a few great companies and see some friends of ours as well. The folks at Beast Cookie Co. were great to chat with (we found some of our friends working there) as well as the people over at Gym Molly. I always get a kick out of stopping by Gym Molly because of their high energy and beautiful people. It’s definitely a good show that they put on. In fact, that is the name of the game when it comes to the Fit Expo. There is so much to see and the vibe is through the roof from the opening of their doors to their closing. It’s an intense place to be and I was elated to experience it once again. 2019 may have ended on a whimper, but being able to start off the new year with The Fit Expo and the people there more than energized me. I could tell also that I wasn’t the only one either.

From the time that we got to the show until the moment we left you could tell that there was a lot of positivity to go around. It was almost like there was an electric charge in the air and everyone was happy as a clam to be there. Then again, it’s not every day that this show happens, but, taking place at the beginning of the year, when people like me are working on their resolutions. It also helps when you are able to get so many samples of such great products too!

If you’re ever available to check out the Fit Expo we wholeheartedly recommend it. There’s a reason that we keep going back. In fact, there are almost too many reasons that keep us coming back. The best part about it is that the show happens in different locations throughout the year. Hopefully we will be able to check out some of the upcoming shows in different places. We are sure that the crowd will be just as exciting as it is over here. I know with such a great show I was already able to forget all of the crap that had happened last year. New Year, New Me. That’s what I say!

And now, check out some of our favorite pics from the show. There was so much to see and do (and eat!) that if I were to post everything up this article would go on and on forever. But, check out just some of our favorite moments, people and companies that we met this time around. Man, I’m getting excited just thinking about the next show. Can’t wait! 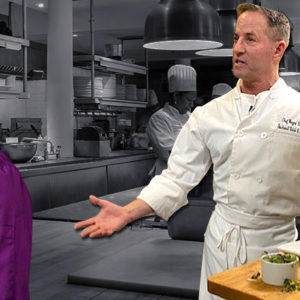