It has been a while since we have gone to any shows. Last year started out as one of the funnest years on record, with a number of events kicking off right out of the gate. But, while things were fun the day that we went to cover the Fit Expo in LA should have been an indicator of things to come. I’ll never forget going to the show that morning and being excited for the day. The Fit Expo is one of my favorite shows of the year, and that year was supposed to be big. It was the first time in a while that I was going at it alone (the guys from my team sadly couldn’t make it that day), but, undeterred I made the trip. It was on my way to the show that I had heard about Kobe Bryant’s death. I couldn’t believe it. It was a moment I’ll never forget, and the way that the day played out seemed to revolve around that moment. Any other day, and any other place it wouldn’t have been such an issue, but, the fact that the show was taking place in downtown LA right next to the Staples Center cemented that moment for me. It was crazy, and even now I think of just how crazy it was then. Little did I know that just a few weeks later the world would shut down and everything that we had ever known would be thrown right out the window. That event with Kobe would be the first in a long line of life changing events that would happen around the planet. Shows would cease to exist, we wouldn’t be able to go to restaurants, see friends, visit locations or anything like it once was. And living in California would make for one of the ‘ahem’ craziest years of my life. But, one thing that did happen during that year (and change) and has kept happening is that I have reflected in life as it was. Life was a lot more exciting, and shows would be one of my favorite parts of being alive and doing what I do. One of those shows that I had a lot of fun at, and subsequently never full explored was SEMA 2018.

It may seem like an eternity now, but this show from 2018 was one hell of a ride. While it was definitely not as crazy as the year before (when we went on dune buggy rides in the desert) and got ourselves in to all kinds of shennanigans, it was really a lot of fun. Part of the appeal for SEMA, besides the cars, models and (obviously) the new tech, is meeting new people. This show was a wild ride, and seeing and meeting a lot of the people we did really added to the experience. Maybe it was because that is what the show brings, but, there was something that was pure about this show. Everyone seemed to be in a great mood, and the whole thing went really well. All of our interviews were fun and so was entire experience. So, instead of boring you with details about the whole thing (because to be honest, some of the details may get lost in translation), I’ll just show you some of those moments, places and things that we saw on that trip.

Considering that SEMA is going to happening again this year makes me long for it even more. Last year because of the pandemic the SEMA Show was officially canceled. In a year that seemed like nothing but bad news, we got the word that the show was going to be canceled as well. But, less than a year after that it seems like things are getting back to normal, and barring any stupidity on the part of government and local ordinances the show is on the schedule. I couldn’t be any happier and am awaiting that event with open arms. But this time though, I think I and the team are going to soak in the show. Usually we tend to be running around like chickens with our heads cut off, trying to soak up and cover as much content as we can. But, I think we might take it a little easier this time around. I’ll be happy to just be at an event, and none so much as this show. I am hoping we will get the chance to see the NAB show (especially considering that while the world was shut down companies were still trying to pump out new tech behind the scenes, and with the worldwide transistor shortage it will be interesting to see what tech will actually make it through) and a host of other events.

Here is to hoping that we can recapture the magic of what this show was. I think that it will be better than it was before to be honest. That old saying, “You don’t know what you have until it’s gone” is definitely ringing true now. So, let’s sit back and enjoy the magic that was SEMA 2018 and look forward to the next one. It’s going to be epic… 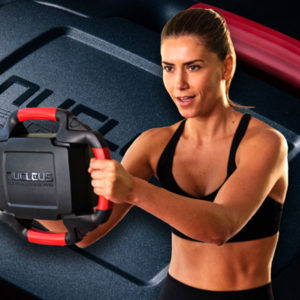 Exercise In A Smaller World When this year started I was looking forward to big changes and new opportunities. 2019...