The last year has been one of the most eventful years of my life. Things have gone on in my life that I would have never expected to see (let alone experience) and the world has flipped on its head. I thought after Kobe Bryant’s passing last year that things couldn’t get much crazier. But, less than two months later I would be proven wrong. The world shut down and a worldwide pandemic has changed the way that we interact and see each other. Nearly every weekend, or at least a few times a year I was heading to shows either by myself or with my team to cover them. It was always exciting and one of the best parts of the week. And this last year was poised to be a great year. Everything was on track and we were excited to be covering some new shows and some old ones. The Pizza Expo was one I was really looking forward to as well as the Long Beach Grand Prix. It was going to be awesome, but, the world changed. I don’t really want to go into it (mainly because we’ve all had to live through it), but the world changed, and even little things like seeing other people’s faces now seem like a concept from another planet. So, while it was all doom and gloom for two weeks (at least it was supposed to be, and we’re going into month nineteen now) things have been slowly starting to open up. And one of the exciting parts of things opening up is knowing that shows were going to make a comeback. And little did I know that the first show that would make that comeback would be Hot Import Nights.

Hot Import Nights (HIN) has been a show that we have always been excited about. Since the days that I first started hearing about the show on the radio and seeing it in magazines to actually going to them, it’s always been a part of the year. Last year we were supposed to get the show in June or July, but, with the ever shifting sands of government ineptitude, that was placed on hold. But, a year later things were looking up, and guess what? It finally happened. We finally got a HIN Show, and it kicked off at the Los Angeles Coliseum. To say that I was excited to go to this show would be like me saying casually that I love pizza. My excitement level for this show was busting at the seams. I couldn’t believe that it was actually going to happen, and whatever happened I knew I was going to make it out to this show.

So, when the day finally came I packed my camera and all of the accessories I use and made my way down to the show. I have made it a mission this past year to avoid LA. The craziness of what was going on down there was something I didn’t want any part of. Mainly because I enjoy my freedom of movement, but, I also hate being stuck in traffic. And wouldn’t you know I hit very little traffic going to the show. I couldn’t believe it. It was almost as if Saturn and Neptune aligned or something, because I got to HIN in less time than it takes to shake a leg across the street. It was glorious and it couldn’t have made my mood any better. Little did I know though that those feelings would be slightly muted soon after.

I got to the show about thirty minutes prior to opening, and already the line was hella long. It seems that I wasn’t the only one happy to be out and about amongst other people. But, while that was a nice thing to see, there were some issues at the gate. The show hadn’t been set up yet and the fire marshal was refusing to let anyone through the gates. So, nearly an hour later (after the time the show was supposed to start) the marshal gave the okay and people were finally allowed to go in. I can’t even imagine what hoops that shows have to go through just to be put on in LA right now, but this was an obvious peek behind those curtains. So, after what felt like an eternity to go in, we all finally got to check out the show. Thankfully the construction that was going on at the last HIN at the Coliseum was completed and it was cleaned up quite a bit.

Because things were delayed with all of us going in (I was outside with a group of models that were part of the show and weren’t allowed in, for example) the show stage times were moved around a little. The Miss HIN part of the show was moved up and a few other things were shifted. But, this didn’t really diminish things for me because, for the first time in what feels like forever, I felt normal. To see all of these cars on display and finally see a ton of friends that I have not seen since the shutdown was freaking awesome. The moment I first got to the show I saw our good friend Teresa (@saint_t_) standing in line and I was so happy to see her. Maybe that should have told me a little of how it would be going inside and seeing all of the people that I had not seen for over a year. If for nothing else, that moment and the ones that came after made it worth it for me. Thankfully though, there was a little bit more to that

Cars from a number of car clubs made their way to this show. Our good friends at SoCal 9’s were there (and they were running deep, with a huge number of cars and members) as well as the guys from Team Elevate. Those guys brought some sweet rides, as did the guys from Team Hybrid (who never fail to impress). There were a bunch of other clubs as well (see pictures of them down below), as well as a ton of other folks that came as well. It was great, and while I could sit here and describe it all, I think checking them out in the pictures would better do them justice.

The stage show was interesting. There was the Miss HIN contest that went down, and while the models were beautiful it was a little weird how they broke down the competition into three segments. Every couple of hours they would whittle the field down until the winner would come out on top. Because it was spaced out at such weird times I missed some of it, and didn’t know the winner until later on. The DJ sets were cool, and the performers were interesting. Never thought I would see fire dancers or stilt walkers at an show, but, I was happy to have seen it. I do hope that someday we can see some big names like back in the day. I’ll never forget the time I saw Lil Jon up in Pleasanton bringing the house down. Those were good times, and hopefully we can get some craziness like that again.

But, all in all, it was a great time. Even if it was for a few hours, it was nice to see that this show went down and that so many people came out. I think there would have been more, but, with some many folks being cautiously optimistic, it was a still a great turn out and a lot of fun. I hope that things don’t get crazier before they get better and we can see even more shows coming up. I know the next few months are scheduled to be crazy and I can’t wait to see what HIN and the other shows do. As of the writing up this, I see that HIN is planning on having another show in December. I am hoping that we can check that one out and maybe, just maybe, even be a part of it. So, there is light at the end of the tunnel and it all started with this show. Good stuff indeed. 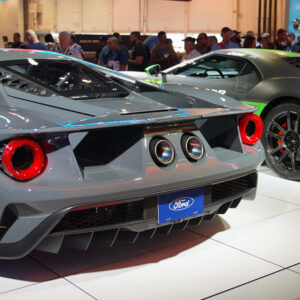 SEMA 2018 In retrospective It has been a while since we have gone to any shows. Last year started out as one of the funnest...