Back when I was in high school I remember overhearing my friends talking about a movie being filmed in their town. I was intrigued about a movie being filmed locally, since not living that close to Hollywood (or LA for that matter) this didn’t happen around me very much. The thing was though, that the movie wasn’t anything I was too familiar with. Instead of a movie about families, spooky themes (hey, what can I say. I grew up in Whittier where the movie Hocus Pocus was filmed. For the longest time, this was the closest I ever got to a movie) they were talking about cars. And, it wasn’t just any car. They were talking about imports and were talking about a movie being filmed that was focusing on that. I’ll admit, I knew nothing about it, but, I was curious. They talked about cars like the Acura Integra, the Mitsubishi Eclipse, the Supra, and a car I had never even heard about.. the Nissan Skyline. Yeah, it was all new to me, and for about a year, and I was wondering what that movie would be. Well, my friends lived in Westminster (located in Orange County, CA), and that movie turned out to one of the biggest movies of my life.. The Fast and the Furious.

Yeah, who would have thought that this movie, that I knew nothing about would become one of the biggest movie franchises of all time? I know I never would have guessed it, and the funny thing is that I (like many other people of that day), was exposed to the tuner culture that existed. When that movie came out, it was like a cultural bomb went off, and within a few months the tuning industry really took off. Living in Orange County (near the site where several scenes of the movie were filmed), it felt like being in the epicenter of the craziness that was that era. It was a time that perhaps will require an extended look. Maybe even a podcast or two. That however, is something we’ll save for another day.

Southern California was, for all intents and purposes, the center of the tuning world. Sure, while it kicked off in Japan, and spread around the world, The Fast and Furious movie really elevated the scene out here very quickly. Needless to say, since then, there have been a number of shows and gatherings that reflect the spiritual capital of the tuning world. While the SoCal tuner scene isn’t as crazy as it used to be, there is still life pumping through our veins. And thankfully, a lot of that support has come from fans from around the globe. Last year we had a chance to check out the Tuner Evolution show. That series of shows started on the US’s East Coast, but, has now spread to a number of locations around the Country (and beyond). The show that we went to last year was their first foray into our area, and it was the first that was in the heart of the OC tuning community. It was an awesome show and it left us (and a huge number of car nuts) with a great impression of the show. We were all wondering when it would come back. Considering there was nothing on the schedule for the year, we all say patiently awaiting its return. Thankfully, we wouldn’t have to wait until the end of the year to find out that Tuner Evolution would be back.

Tuner Evolution SoCal was back for 2019 and we were eagerly anticipating this show. The last one was by far one of the best tuner shows that we had been to and far out-punched some of the heavyweight events that we normally go to. That show was massive, and brought out a huge presence. And that is saying a lot (considering all of the shows that we normally have). So, for this first show of the season, we expected it to be just the same, if not better. Did we get just that? Well…Yes and no. The show was a lot of fun, and we ran in to a lot of friends and saw a lot of awesome things. But (and I don’t know if it’s a reflection of the state of the tuner industry right now), the show was scaled back significantly. While we did see the dance floor competitions, model contest and a lot of the vendors from the year prior, it was a lot smaller than it had been. I’m not saying that it was empty by any stretch of the imagination, but, after being wowed at every corner last year, it was a a bit of a disappointment.

While the show was smaller and less populated than the last one, we still had a blast. There were plenty of amazing cars and beautiful people (like there always are), and we got to meet up with our friends. It was fun. I hope this show is a commitment to coming out this way once again. And I hope that alternatively, we could make the trek to one of their other shows. We have heard for some time that the Tuner Evo show in Philly is one of the biggest and best shows on the East Coast. Perhaps we may have to see for ourselves. Check out some of the shots from our time at the Anaheim show though. We had a blast and hope that if you went, did as well.

Words and Photos By Daniel Navarrete,


This article was prepared or accomplished by Daniel Navarrete in his personal capacity. The opinions expressed in this article are the author’s own and do not necessarily reflect the views of Spektrum Magazine, or its affiliates. 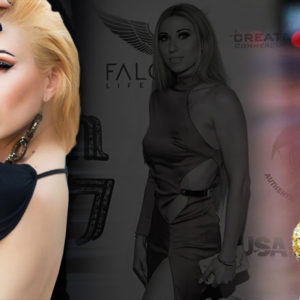 I've often wondered what it would it would be like to be sitting alongside a fashion runway. I remember when...