I’ve often wondered what it would it would be like to be sitting alongside a fashion runway. I remember when I was growing up that models such as Cindy Crawford, Laetitia Casta, Elle McPherson, Claudia Schiffer, Adriana Lima and Kathy Ireland (to name a few) were all over the place. Those names would come up on tv anytime a mention of supermodels was spoken, and there was just something about them. Any time they would make an appearance there was a certain look that they had that just commanded attention. You knew when they were there that they were “models”. And not just models, but, supermodels. The way they could make people stop and pay attention was second to none. But, while that was impressive, it was their walk that drew tons of attention. There was something about they way they would sway back and forth with that walk and stare ahead that was entrancing. That totally was the case when I would catch clips of runway shows on tv. But, while this was awesome, I always wondered what it would be like to see it in person. Luckily, a few years later, I would get that chance.

Before I worked on the Spektrum (magazine) project I was a contributor to another magazine. While that experience was….interesting (to say the least), there was one moment that I remember quite vividly. Being part of the magazine we were able to meet all kinds of interesting people and go to a few amazing places. One of those places was the spring showoff of a clothing line during LA Fashion Week. Now, I am not one to get overly excited for events, preferring to take the event as it happens, but, considering I had never been to this before, I was very, very excited. You see, unlike the average person that is able to attend these shows and watch from afar, I was lucky enough to sit on the front row of the catwalk. Yes, after always imagining what it was like, I was finally able to experience what it would be like to be there, in person and right in the middle of the action. Needless to say, it’s pretty awesome. I mean, if you think that it’s pretty cool to see a runway walk on tv or from afar, try seeing it up close. The way that any model can strut their stuff on the catwalk and command the attention that they do is just incredible. The whole experience though was something else. Listening to the clothing buyers (many of whom are the ones that sit in those front rows) chatter back and forth, watching the heads go back and forth as models walked up and down the runway, the music pounding and all of the other sights and sounds that flooded that space were second to none. I loved it, and couldn’t wait to experience it once again. But, there was something that I wondered about as I sat there. It made me think, for all of the pomp and circumstance, how do events like this come together? Behind all of craziness that goes on at these shows, and all of those amazing models, there was an idea that put together this very show. But, who and why? It was something that I thought about for a long time, and until I met up with model (and actress) Lika (Osipova), I never knew what it took to put together a fashion show like this.

Fashion shows, just like the models that inhabit them, are carefully constructed and the result of many years of hard work. The same thoughts that ran across my mind did so several years later when we (Spektrum) went to the Miss Russian LA pageant. This was a show that I knew nothing about going in, but, was more than excited for the next one after having gone to it. If you’ve had a chance to read about our experiences at the last two shows, then you know what a fun time we had. While I was there however, I wondered about the person that would put on an event like this. It takes a special someone to not only dream about putting on an event, but, to actually go out make it happen. The person in this case is Lika. Someone who I was fortunate enough to get to chat with, and get to know a little bit more about. This conversation was fascinating and made me appreciate her and her team a lot more.

When we were first invited to the Miss Russian LA show two years ago I remember standing at the red carpet mesmerized by this woman in a red dress. She was captivating. Wearing a gorgeous red dress and with long blonde hair it was hard not to notice Lika. I didn’t know who she was, but, I had assumed she was one of the contestants. Considering she was looking very glamorous and walking among the pageant contestants it was pretty easy to think she was. But, every two seconds people were stopping her to shoot praise her way and to acknowledge her. It was then that I knew that she was much more than a contestant and probably had something to do with the event. My assumptions were true however, and not only was she involved with the show, but she was the person who was responsible for it. But, how does someone go from a model to a show organizer? In a nutshell, it’s someone with a vision and a plant. In this case, it was Lika.

Lika was born in Russia and unlike most kids, jumped right into the world of fashion. At 13 she began her career in modeling at an agency. It was at this agency where she learned the ins and outs of the industry. If you want to understand how the machine works you have to be able to see its innerworkings. This was exactly what Lika did, and it was during her tenure there that she was exposed to life as a model and as part of the creative team. This experience and her determination led her to excel. Mind you, not only was she modeling and working hard in her career, but she graduated university and got her degree in linguistics and philology ( I had to look that up to know what it is, and in case you were wondering, philology is the study of oral and written language in historical contexts. You see, you can’t say you won’t learn anything here). This definitely worked hand in hand when she worked as a reporter and journalist at the same time. It wasn’t long after this though she decided to follow her dreams and take on a larger fashion scene. She would leave behind her native Russia and would pursue a career doing what she had learned to do in the US.

She was only 23 when she arrived in New York, but, while most folks may have been happy to take on whatever modeling or journalist gigs they could get, Lika was just getting started. In fact, it was in New York that the idea for the Miss Russian LA pageant was born. Well, to be honest, the idea came about a long time before, but, it wasn’t until then that the idea would mature and would end up coming to fruition. So, what first started in Russia came to New York and ended up coming true in LA. Yes, it was in LA that the Miss Russian LA show first launched. I have often wondered when about things that I have accomplished and look back as to what decisions it took to get this far. If one or two things had been different than none of the things that I may be doing now would have happened if those decisions had never been made. I think that may be the same with the Miss Russian LA Show. Lika from the very outset made it a point to learn all that she could about the industry and, subsequently, the importance of communication. This undoubtedly would allow her to succeed in her vision. There’s an old saying that goes, “There are dreamers and there are doers”. The difference between those two is that a doer will find whatever avenue it takes to make their dreams happen. And that doesn’t matter how easy or how hard it may be.

Perhaps this is the key to Lika’s success. It isn’t just about the look, or the strut on a catwalk. It’s about the drive and dreams that elevate her to make shows like the Miss Russian LA event happen. It takes a special person to want to create something as fun and as exciting as this event. I am a fan of the show and can see the influence that Lika has had on it. Whether it’s the catwalk that takes center stage, or the talent showcase (that shows us the side of the models that are not readily apparent), there is plenty in the show that just screams Lika. So, if you are ever able to check out the Miss Russian LA Show or are interested in learning more about the person behind it, definitely check out some of the links below. They’ll definitely help you learn more about a unique individual that is talented beyond her years. I definitely appreciate someone that not only can command a room (like Eva Herzigova from back in the day), but, can create and articulate with the best around. You gotta love it.

I also wanted to thank Lika for taking the time to chat and get to know her. I had always wanted to know what it takes to get to a place where one can create as much as she does, but, now, after speaking with her, I have a deep appreciation of it.

Photo Credit to the respective photographers 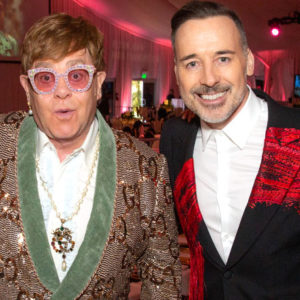 I don't know exactly when it started, but, in the late 90's there emerged a huge popularity in food. It sounds...