Every year I look forward to the summer time. It’s that time of year when people put things aside, take vacation and head to the beaches. For us out here in SoCal, we’re very spoiled, and heading to the beach is almost a year-round thing. This is especially true when it hits triple digits and hitting the beach is definitely the place to be. I know when it hit 115 here a few weeks back, the beach was the only place anyone wanted to be. Summer (coincidentally) is also around the time when the car show scene hits full stride. All the big shows come out of the gates running and take place at a blistering pace. It’s almost a weekly occurrence where there are a multitude of shows going on at any one time. While each show has its positives, there is one show that we really look forward to. In fact, it’s one we look forward to every time it comes around. Yes folks, it’s that time of year again, and it’s time for another round of Clean Culture and it’s (now) annual Summer Showcase

Continuing that tradition of wickedly sick shows, Clean Culture is back in SoCal for their Summer Showcase. This wasn’t Clean Culture’s first show of the year (as they host a number of shows here in SoCal now, and many more around the country), but we were really looking forward to this one. Knowing that it was going to be at StubHub was pretty exciting as I had never been there before, and this was a chance to not only check out the home of the Galaxy (the Chargers can play all they want there, but, that was and still is the home of the Galaxy as far as I’m concerned. Yes, shots fired, sue me if you’d like), but to get the gang back together for our first show in months. Just the thought of going back to another show (and Clean Culture no less) really made me excited to go back. I also couldn’t wait to bring back our team once again. After all, this would be the first time in months that we’ve been to an event, and going back to the show we did a year ago would be a great thing to be a part of.

And just like last year, we would live it up this time around. Never mind the fact that it was so hot that by the end of the day I had to practically peel my underwear off. You don’t have to imagine that thought (although I’m pretty sure you have), but, it should paint a picture of how hot that day was. While the heat was a bit of a bummer, it’s easy to forgive it when you’ve got friends, stanced cars, music bumping, rims spinning, people dancing and cars backfiring. In other words, it was just like any other Clean Culture show. Which means to say that it was big and full of action.

If there’s anything that Clean Culture has managed to do is to prove to all of us that they are serious. Each and every time they’ve put out the call people from everywhere have answered, and you know if you check the show out that you’re bound to see only the best of the best at their shows. Something that isn’t talked about too much either, and something that I absolutely love, is that each show has taken place at a new location and (more often than not) a place that we haven’t seen a car show at. This show took place at the StubHub Center, and as far as I know, it was the first of its kind. This seemed to be the case at nearly every show that they’ve done. Pretty dope if you ask me, and a welcome addition to the car show locations that we normally see. I hope to one day check out some of their shows around the country and see how different car fans party it up (at Clean Culture).

This show added the limbo competition (which I always love to see. Check out some of the pictures in this article for that) and the exhaust competition. As much as I love indoor shows, those types of competitions could never happen there. With fire codes and hazard laws written the way they are, we unfortunately are not allowed to fire up or rev cars inside of buildings as much as we would like to. In fact, I don’t think it’s even allowed, especially in the vicinity of people. So, moving the show outdoors lets us have these types of activities. It’s almost like having dinner and a show. A nice combo of show and go. I love it, and you could tell that the audience loves it as well. A very welcome addition to the show ever since they first added it to the list.

For fans of the heat and the hottest cars around, there is no show that lives the life like Clean Culture does. It’s an experience that every car fan should check out sometime. I don’t know, but, maybe one day we’ll get to see other cars added to the mix (maybe exotics, trucks, offroad vehicles and more) and see what new fans there may be added. That being said, it was great being with our amazing team (Team Spektrum) and seeing all of our friends and vendors come out that day. It isn’t year round that we get to see them, so, when we do, we like to take advantage of that time together. Things may have tapered off a little sooner than we would have liked, but, when it’s as hot as it was, I think we all just wanted to go somewhere where it may be a little cooler. Alas, it was a great show, and if you don’t believe me, all you have to do is check out the pics in this article to see what you may have missed. There’s always a lot to amazing cars to see and plenty of car nuts to meet. Not to mention meeting up with all of the stupendously beautiful women. Yet another reason to love summer and look forward the next Clean Culture show. I’m sure it’s going to be just as awesome if not better, and in a place we probably haven’t been before. Good stuff indeed. 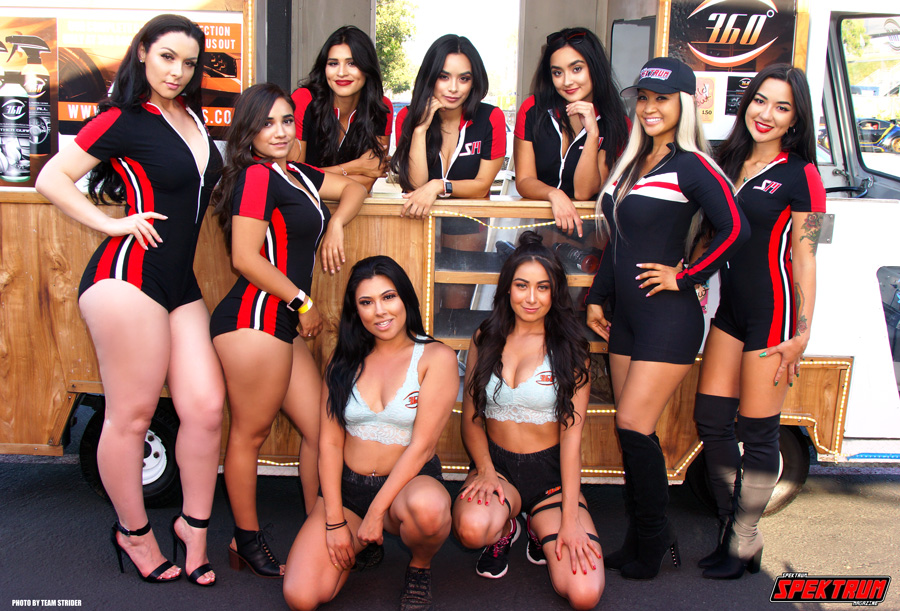 The beautiful members from Team Spektrum and 360 Products. Too much to love! 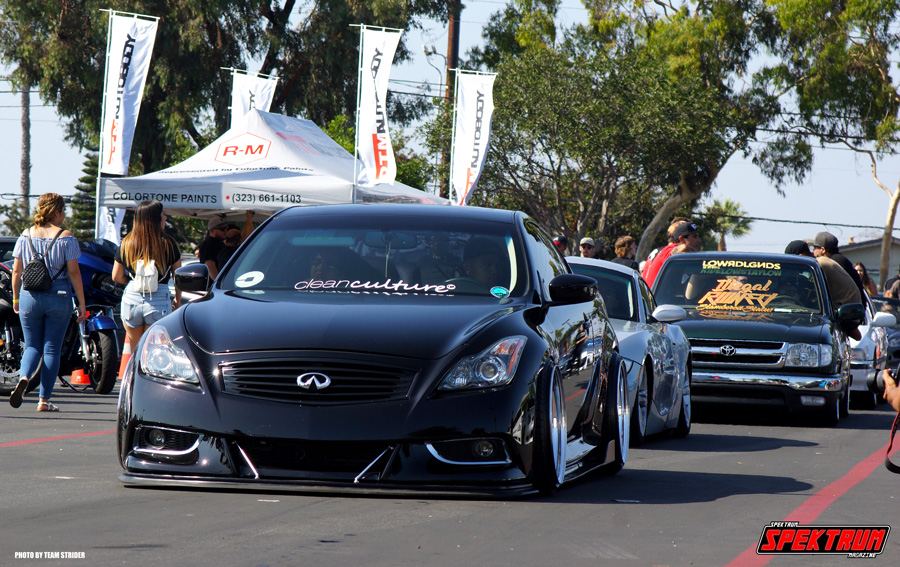 Rolling down the main road showing off. Epic! 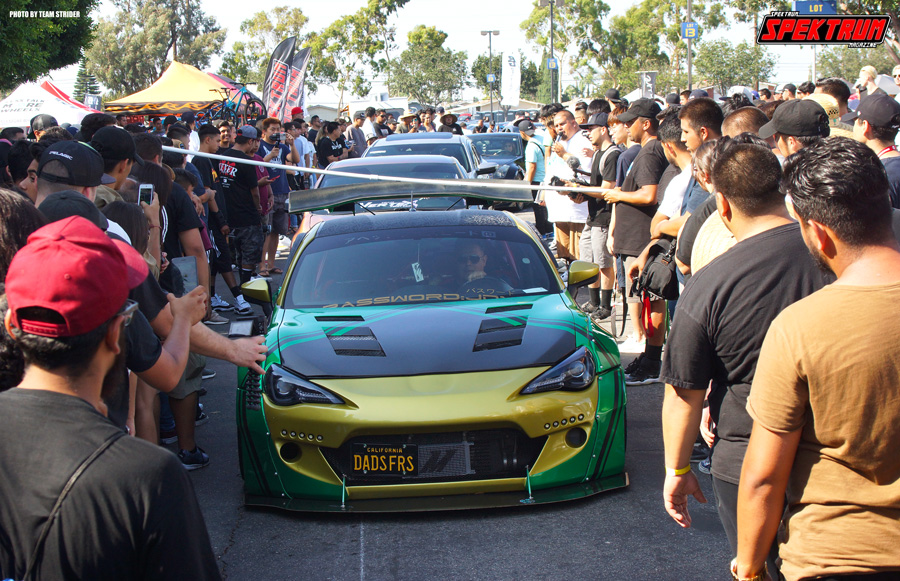 Doing the limbo competition and just making it

Beautiful model Alee Munser for JDM Sport. Ah, you have to give it up for the JDM Sport Vixens 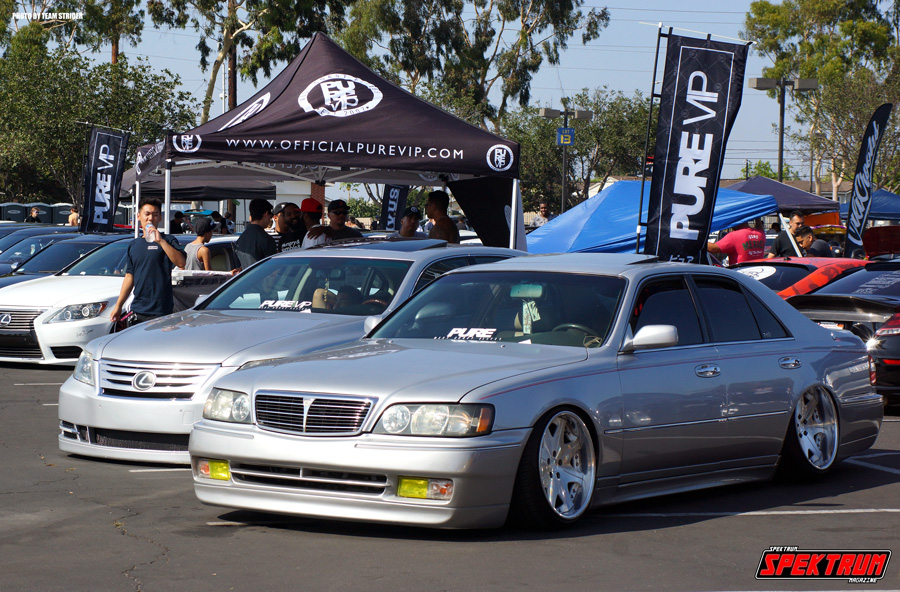 When VIP cars from Pure VIP make an appearance they do it well. Aw yeah! 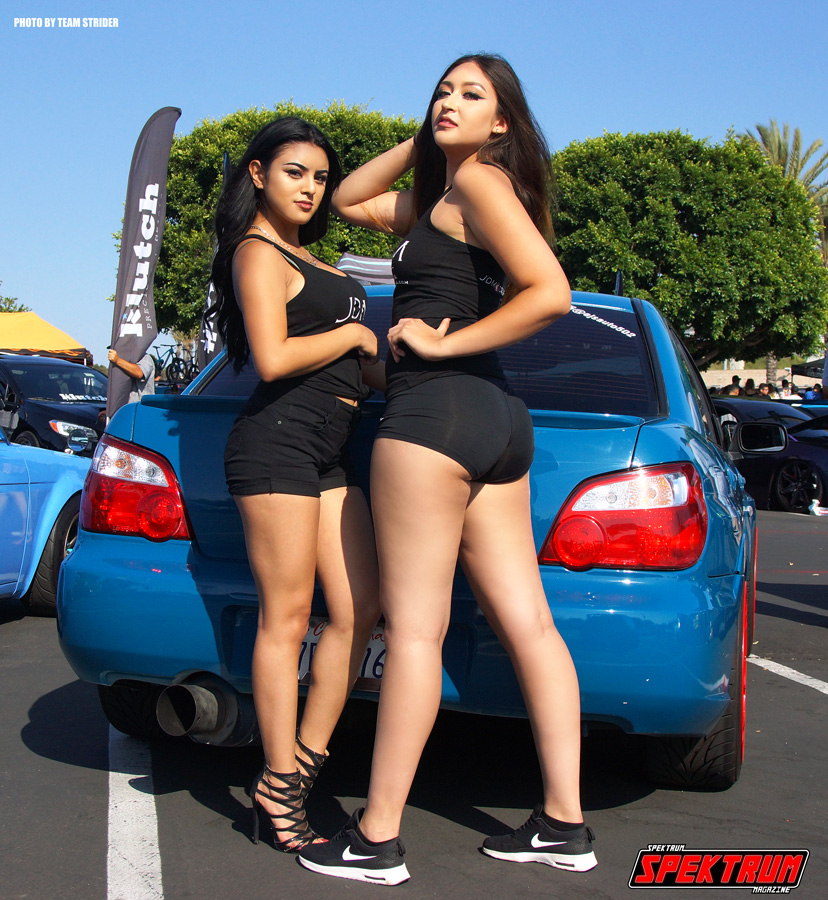 Two beautiful models from JDM of California rocking it 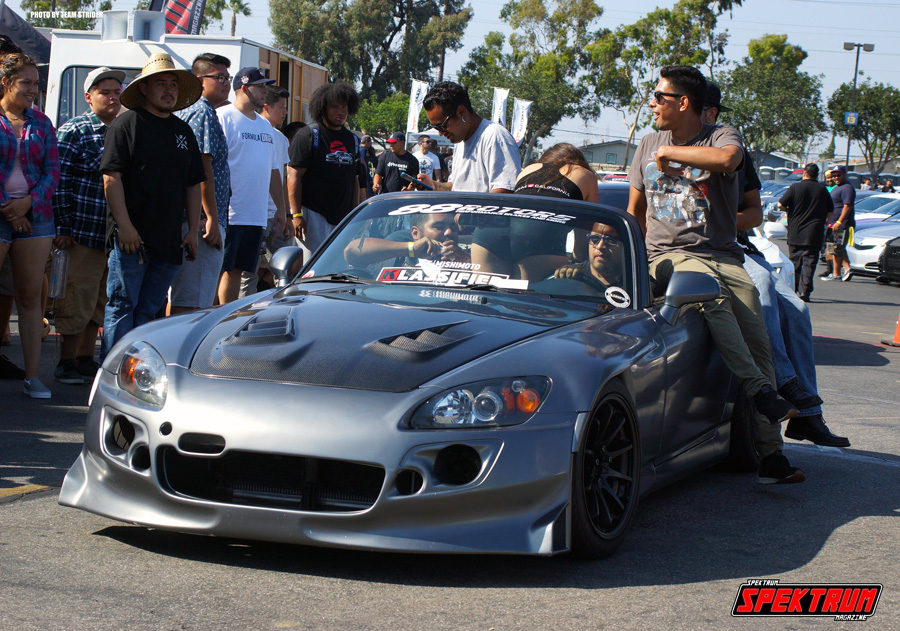 Bringing the whole family along for a ride 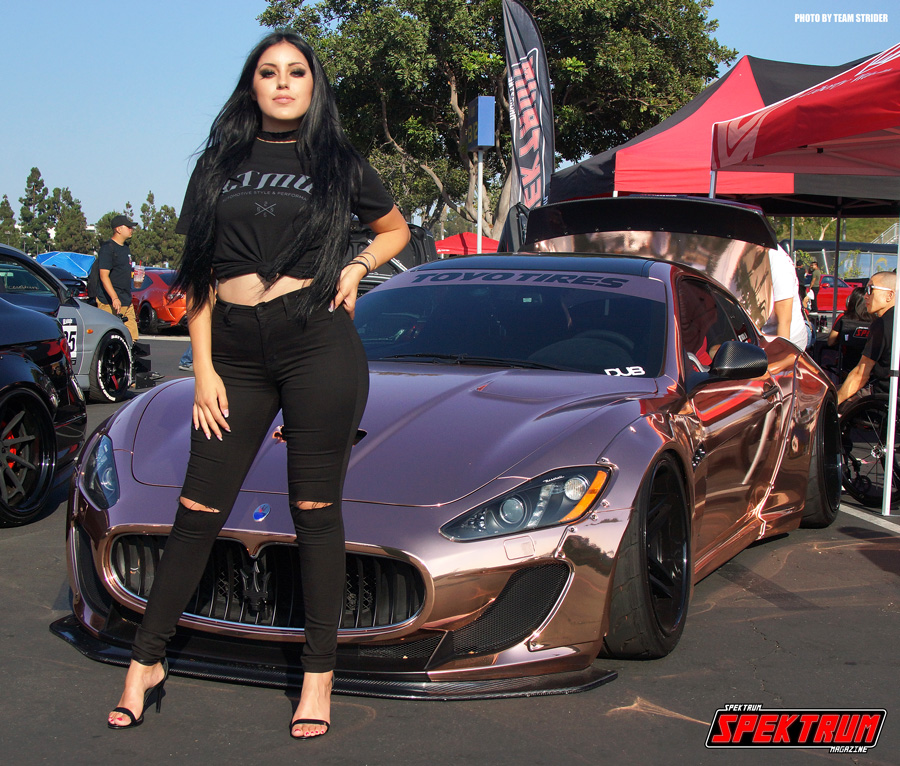 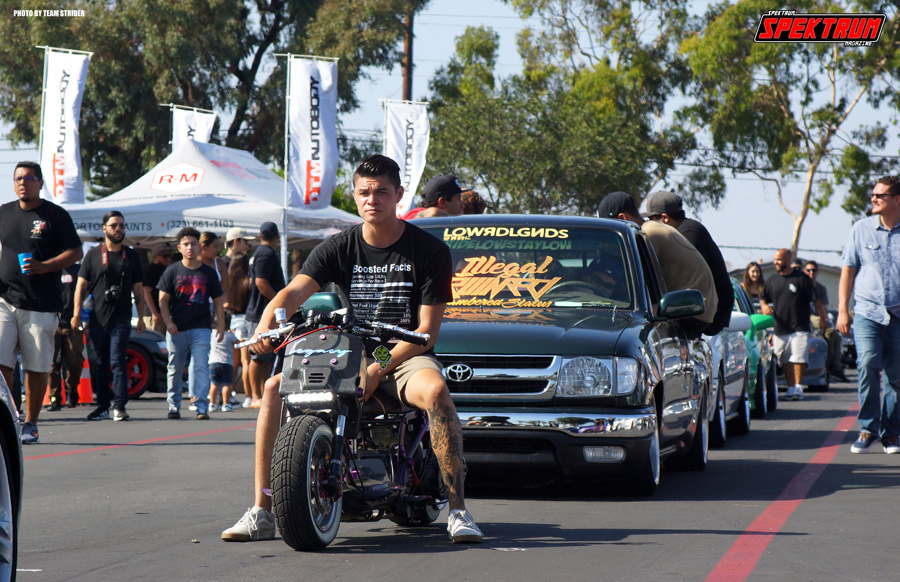 I wonder what he was thinking about? 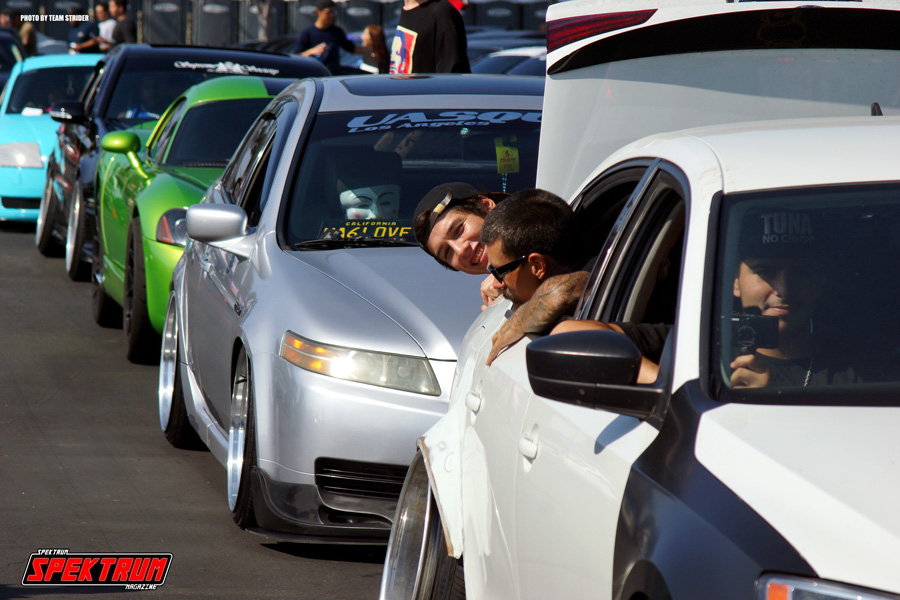 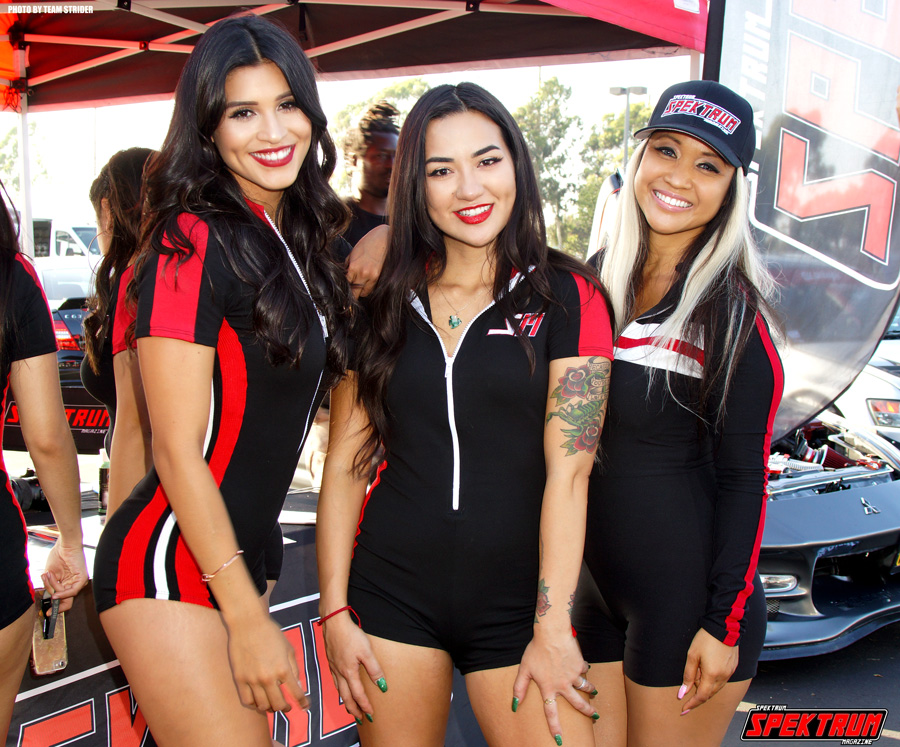 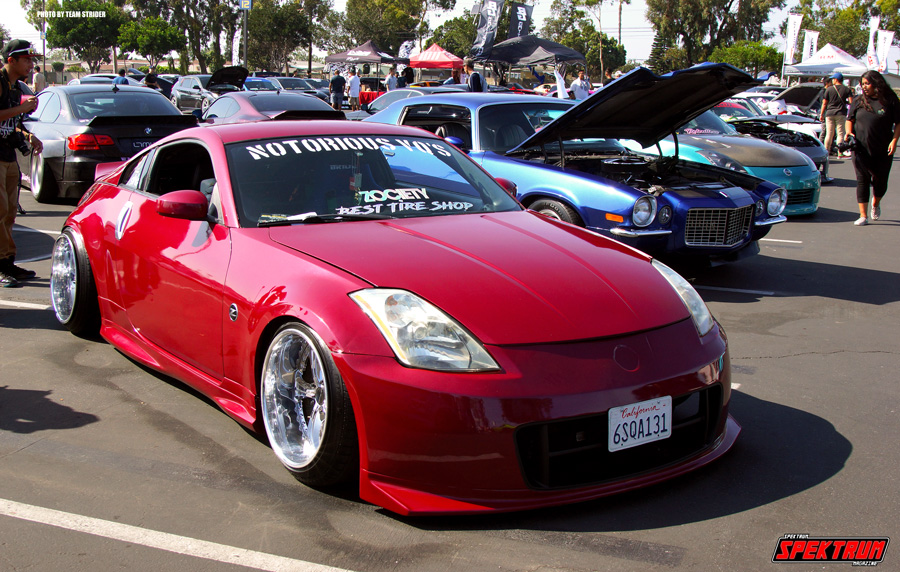 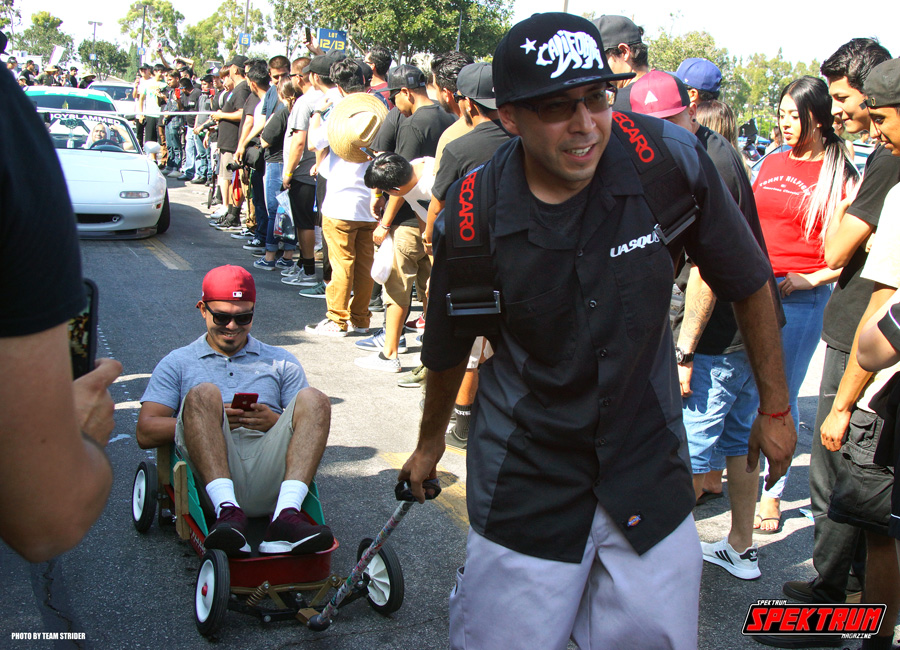 It wasn’t only cars that took part in the limbo competition! 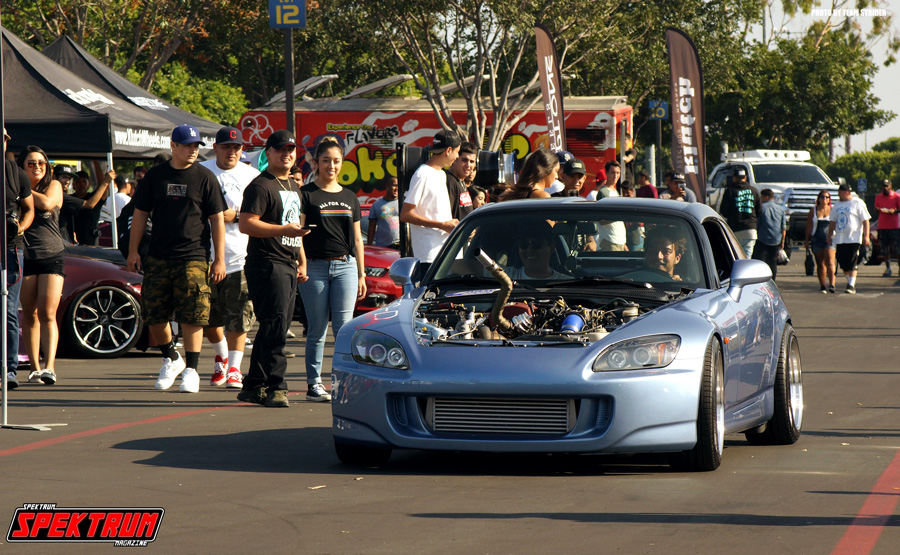 That is one crazy S2000. Just look at that exhaust! 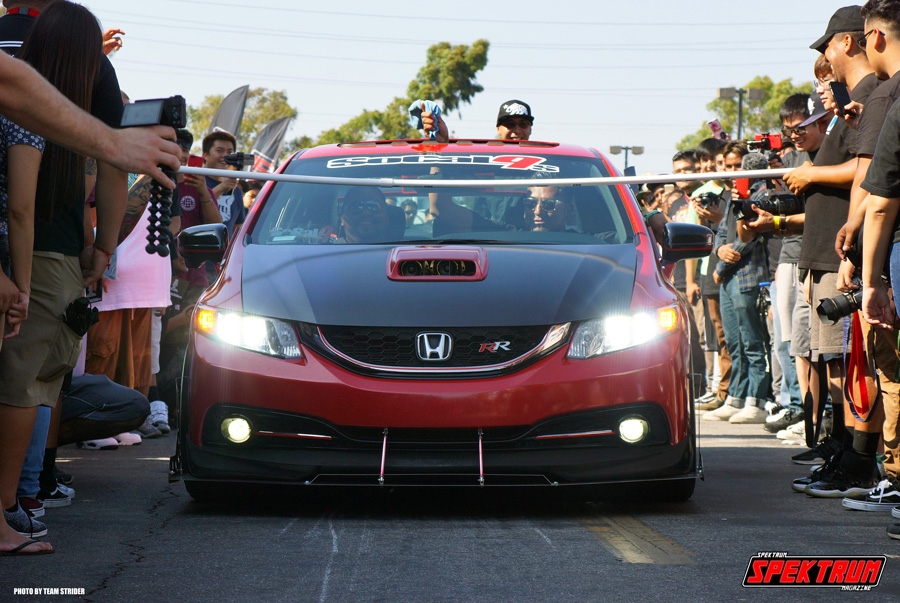 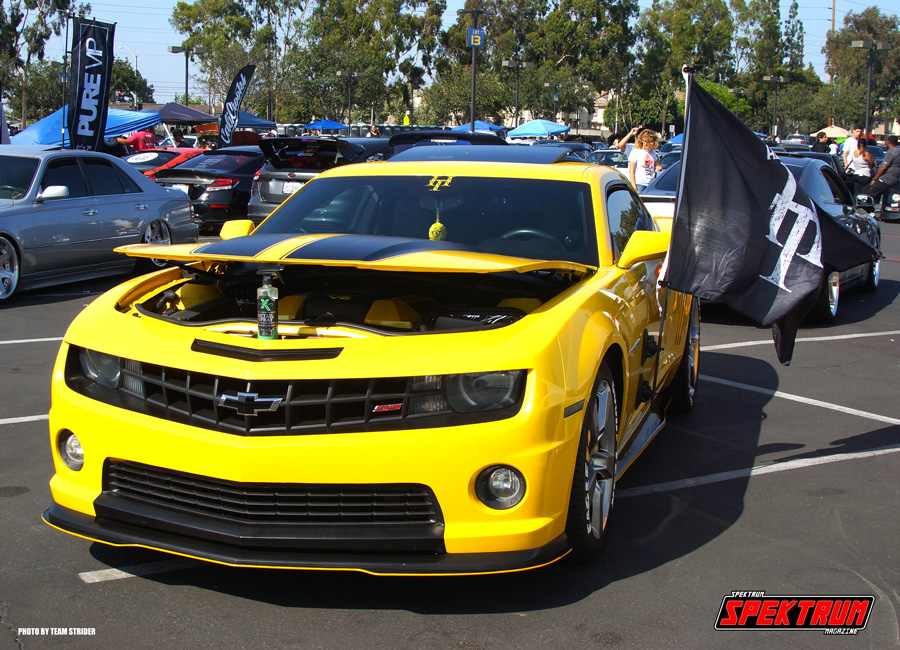 Even domestics took part in the show. Check out this wicked SS Camaro 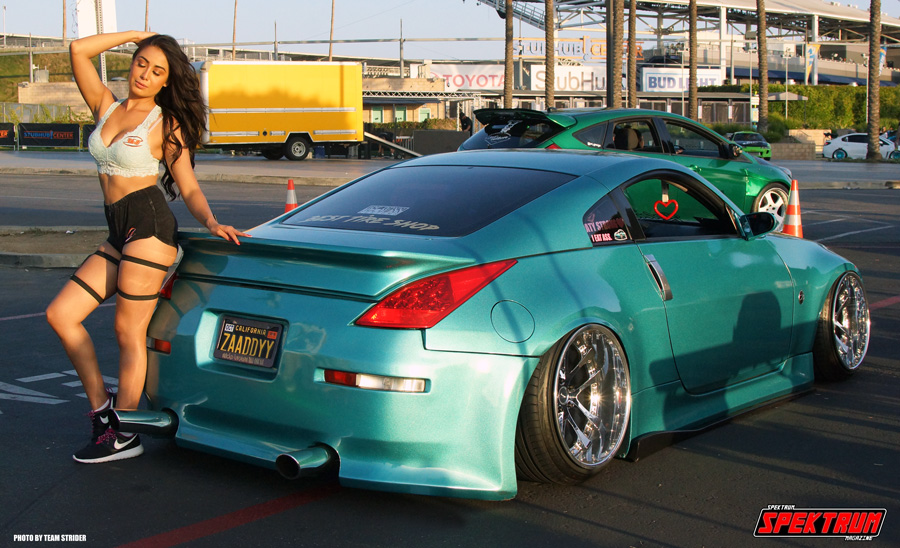 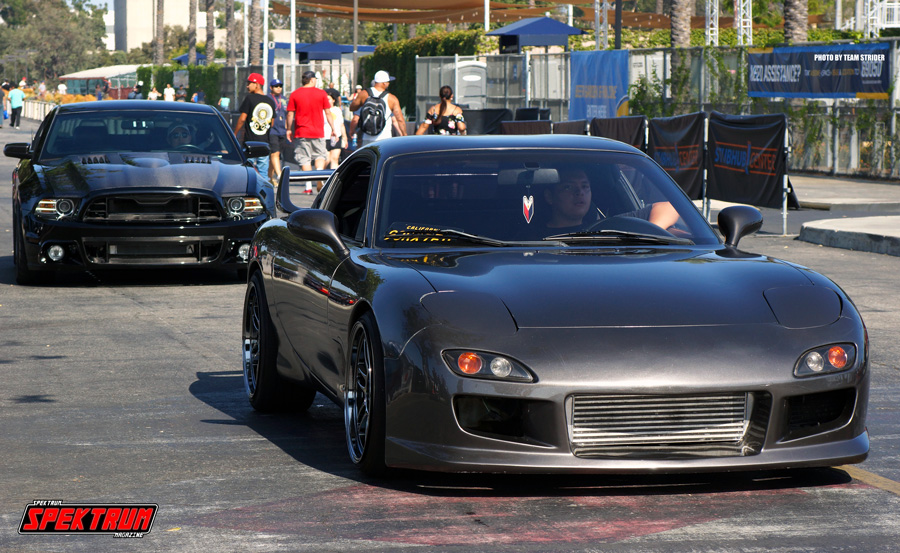 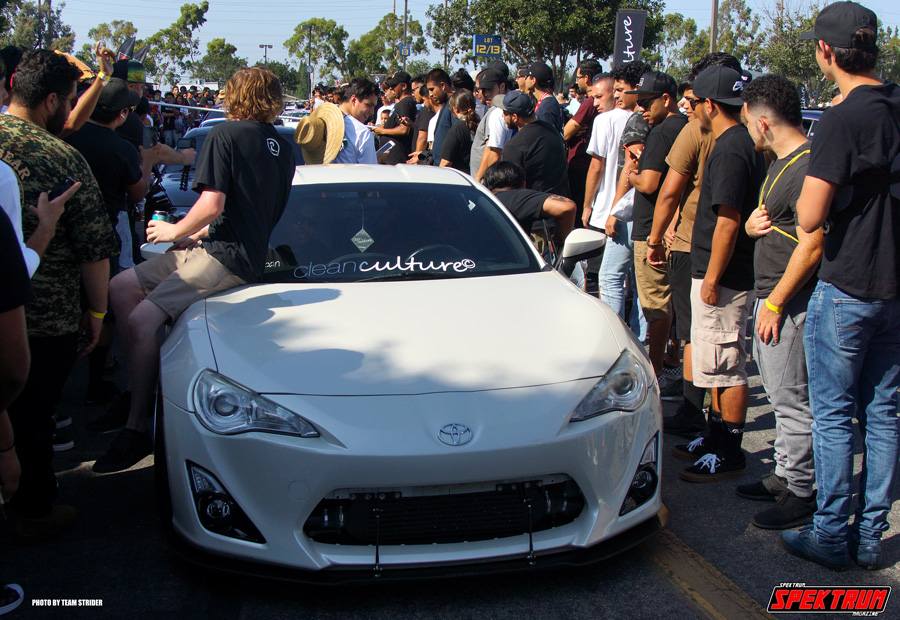 Everyone watching the limbo contest 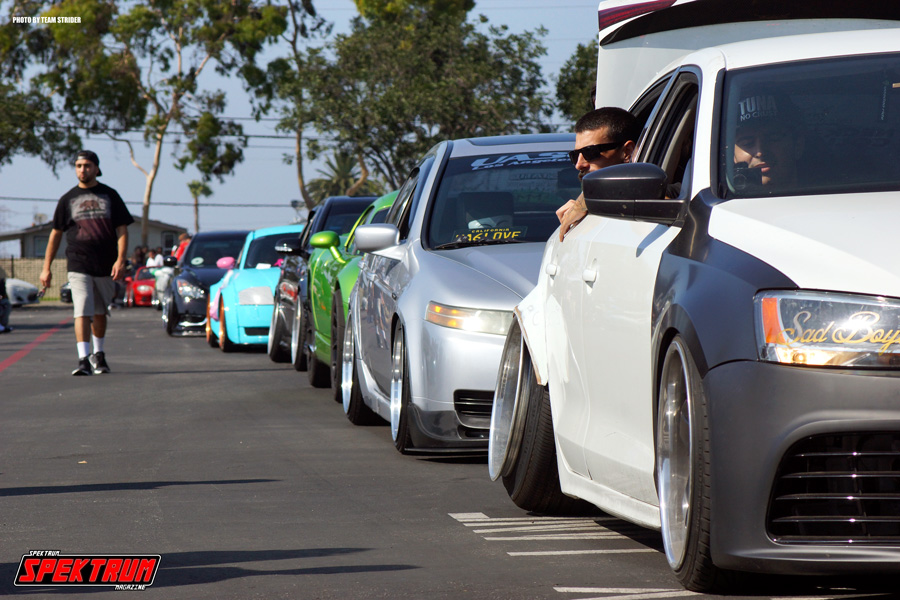 Plenty of stance going on here 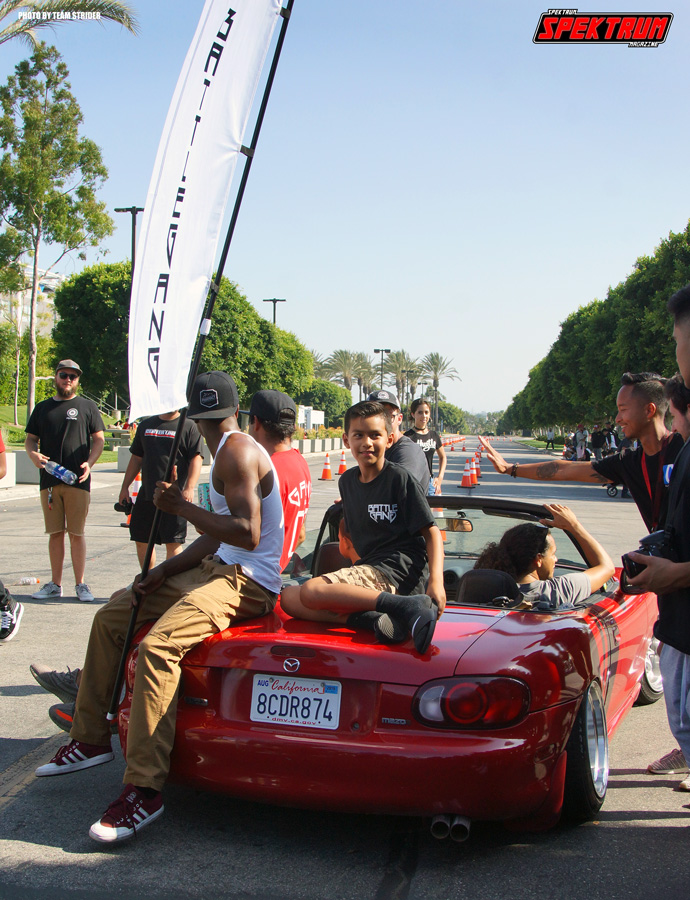 I think they need more people on that car. Hehe 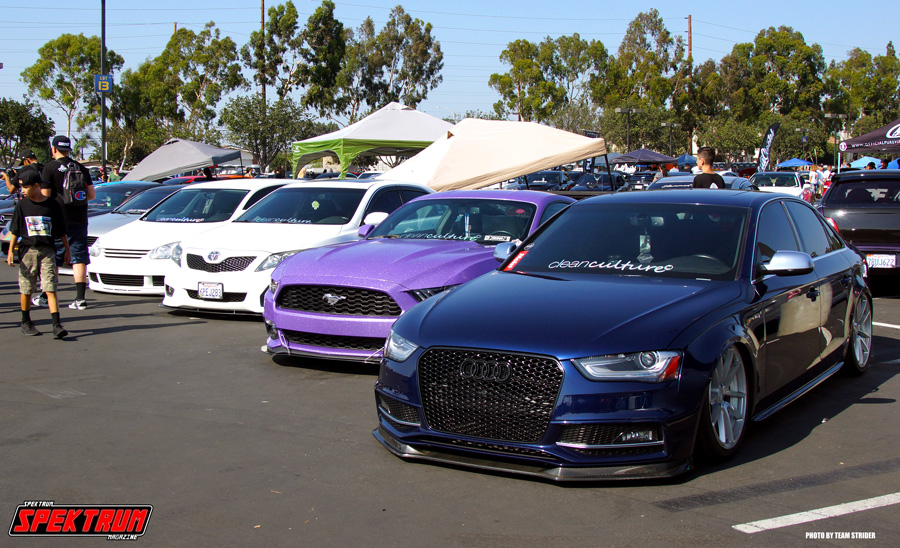 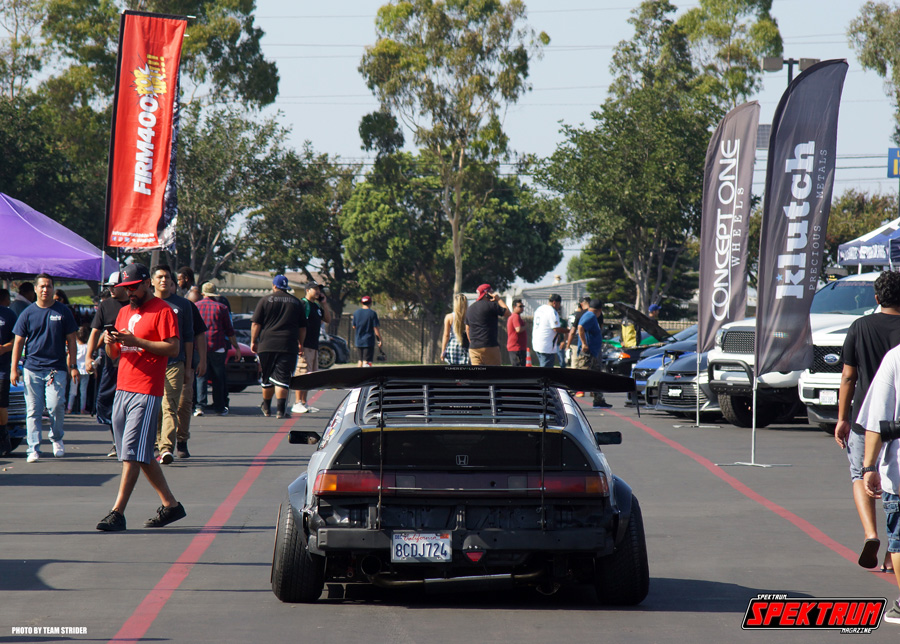 That is one lonely CRX in the crowd 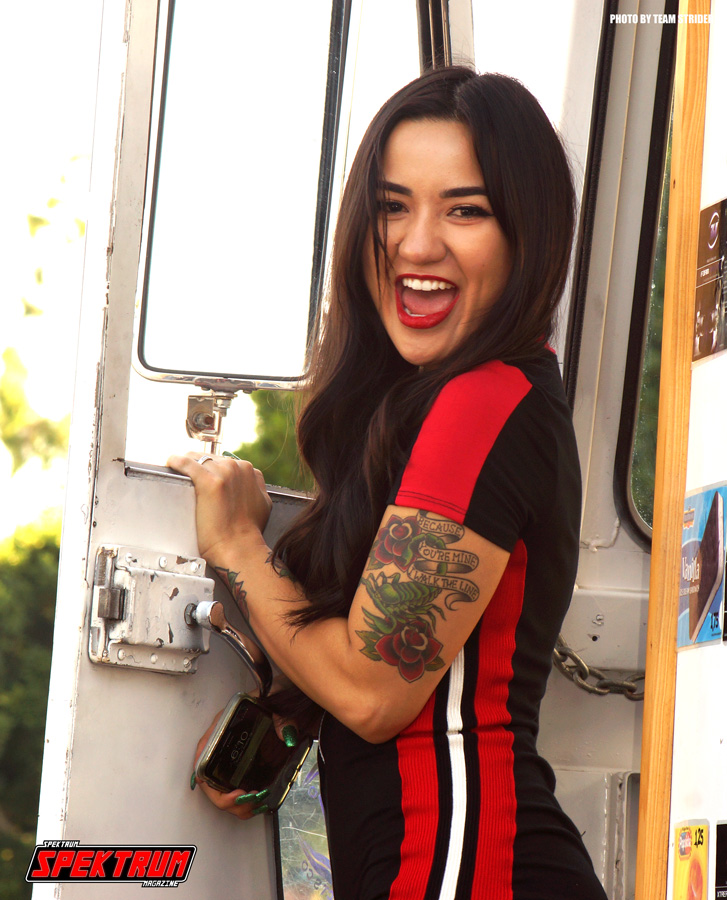 We want to give a very special thank you to 360 Products for their incredible support and for producing the finest car care products around. Make sure to check them out at 360products.co

And a very special thank you to Gus for the finest shirt prints and garage flooring around. Make sure to give him a follow on Instagram at @gusalonjr 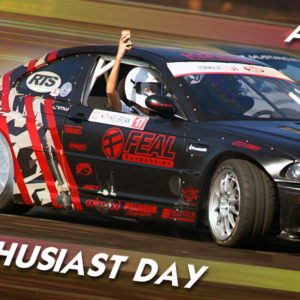 I've always been a fan of cars and all things with an engine and wheels. It doesn't matter whether that...