I’ve always been a fan of cars and all things with an engine and wheels. It doesn’t matter whether that engine was a 16-cylinder monster (a la the Cadillac 16), or an all electric torque monster from Tesla,  there is just something that I find fascinating about cars. I’ve said it before and I always feel the need to say that for those of us that live here in SoCal, cars aren’t just an accessory, they are a way of life. Everything we do revolves around cars and our connections to them. From the moment I wake up and take my hour drive to work (a very frustrating hour of driving for just a little over 20 miles in distance) to the time I come home I sit for a good amount of time in my car. This doesn’t even count the time that I take running errands, going on business trips or covering events. It’s pretty amazing once you start to add up all of the time you spend in a car and realize just how connected you are to them. For those of us that are tied to the hip to cars, it’s something that we live and breathe with daily. But, even though it’s not uncommon to see Porsches and some of the rarest classic cars in the country driving around, it doesn’t mean that I don’t have an appreciation for them. There are many people that feel just like I do, and at any given week throughout the year, there is no doubt that you would be able to find a car show or meet going on somewhere. Every show offers something for someone, but rarely (and I do mean very rarely) is there a show for everyone. In fact, there is only one show that I know of that is just that, and wouldn’t you know, it takes place just down the street from me. Yes folks, we’re talking about none other than the show that is that idea come to life, Auto Enthusiast Day.

I remember hearing about this show a few years back. I didn’t know much about it, and I felt pretty bad about that when I heard that it was just down the street from me at Angel Stadium. But, after hearing about the show from our buddies at WWLC (World Wide Lancer Club), I was curious enough that I had to check it out. To my surprise not only was the show full of people, but, it was stacked with all kinds of cars and manufacturers from all around. It was an impressive sight for sure. It’s not often that you see offroad trucks and jeeps sitting alongside Subaru STI’s and Toyota Supras. But, that’s what this show is all about. You see, unlike most shows that focus on any type of car or vehicle, the premise behind AED (Auto Enthusiast Day) is something rather unique. The show, put on by Nitto is a celebration of the automobile. It is put on by the famous tire company as a day where all auto enthusiasts can come together and enjoy the many aspects and scenes of the car industry. It’s actually pretty awesome, and something I had never seen before. When you can bring together different scenes that probably don’t mix or come across each other very often, you get something special. The mix of different cars is almost as diverse as the fans that come on out.

One of my favorite parts of the show is the drift and offroad showcase. Throughout the day some of the finest drift vehicles and drivers churn and burn up tires and gas on a closed portion of the parking lot. If you don’t know where it is when you get there, all you have to do is listen to the sound of chirping tires and the smell of burned rubber and you’re sure to find it. Nearly every thirty minutes these drivers slide and drift their way around the south part of the stadium parking. If you’re a fan of big name drivers like Matt Powers, Vaughn Gittin Jr and a number of other drivers, then this is your chance to see them in action. In fact, it’s actually pretty exciting to see them this close up. Most of the time you get to see them in action from afar, but, here’s a bit more close-up. Very cool indeed. Plus, if you are lucky enough to have a connection, these guys will take you on a ride along. I was unlucky enough to miss out on that this time around, but, I am hoping that I can do that next year. Either way, it’s pretty awesome, and a real treat for folks that have yet to experience drifting up close.

On the flip side of the coin is the offroad truck showcase. These guys are crazy, and never having been off-roading before (at least in this capacity), I loved seeing what these crazy trucks could do. Instead of drifting like the other cars on the track, these guys jump, squeal tires and bounce all over the place. Man, oh man, that looked like a lot of fun. Hell, it reminded me a lot of that little excursion we took in Vegas last year at the Vore (offroad) racetrack. That was a lot of fun, and seeing all of this brought back a lot of flashbacks. And, just like the drifting part, these guys also offer up ride-alongs. Again, I wasn’t part of that party, but, everyone that came and went on that ride had a smile from ear-to-ear.

The rest of the show offers up a little something for everyone. There are plenty of cars on display everywhere and many of them were not the usual showcars, but rather cars belonging to anyone that had pre-registered for the show. This was actually really neat. If you want to celebrate cars and the people behind them, why not open it up to anyone that wants to come on out? It’s genius, and it gives folks like you and I the chance to see what the regular folks are driving. I love seeing the random cars that show up as well. A lot of them are what you would expect when you see some of the pictures in this article, but, there are sure to be some random or rare cars in the lot. I remember seeing a Lamborghini Gallardo parked a few spots away from a Subaru SVX. That’s awesome, and something you are sure to see at AED.

So, if you’re ever in SoCal in July (which is when the show was held this year), then make it a point to head over to AED. It’s a great show, and one that I will definitely continue to go to. If you’re a fan of cars, then you’ll enjoy coming out to this event. Having been here a few times before though, I will recommend that you bring some sunblock. It’s a bummer that you cannot bring in refreshments either, because it always happens to be very hot on the days that the show lands on. This time around was no different and it was hotter than an Alabama summer. Thankfully, there are vendors inside that have that kind of stuff for sale, and Monster (Energy) was on hand to quench people’s thirsts. For fans of anything and everything automotive, you’re sure to find something you like on display. I know I did and I sure cannot wait for the next show a year from now. Here’s to hoping that Nitto can throw a second event or more throughout the year. I am sure there are plenty of people chomping at the bit to check it out. 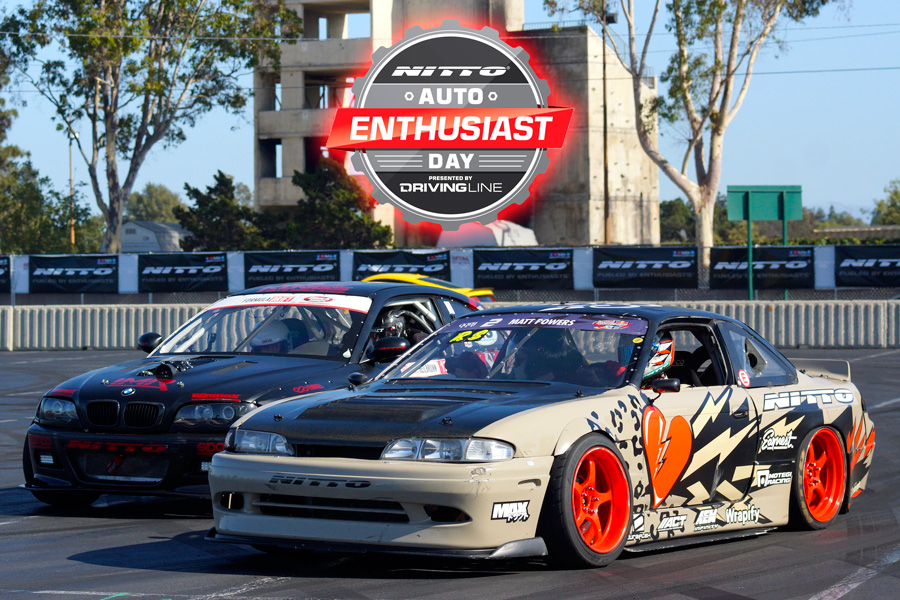 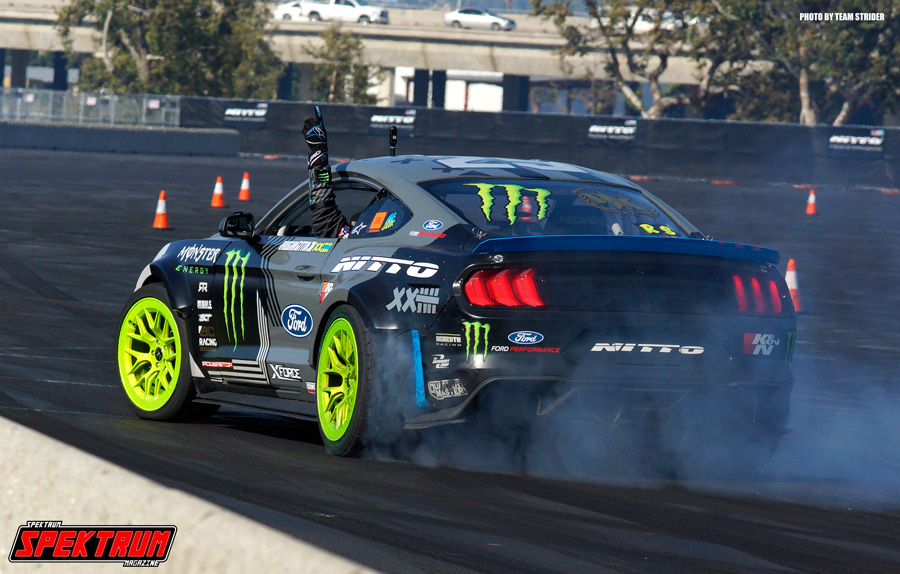 Just one of the amazing classics at AED Anaheim 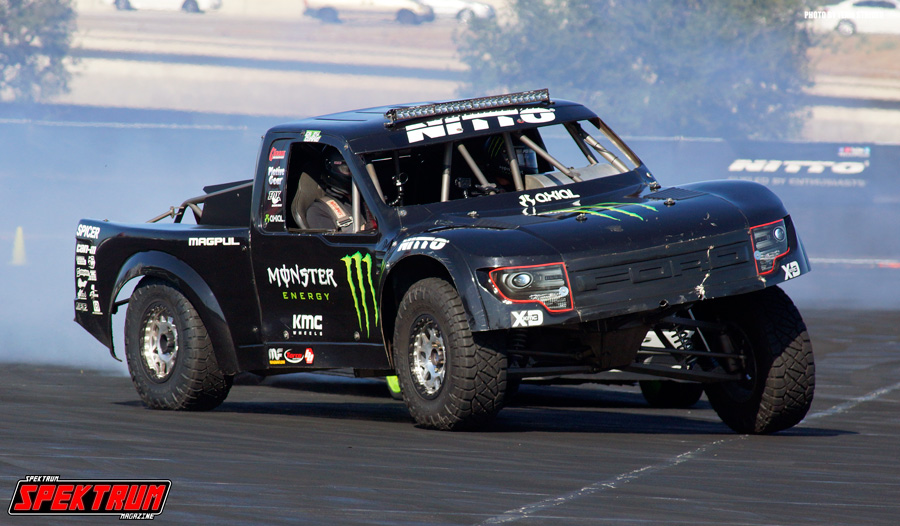 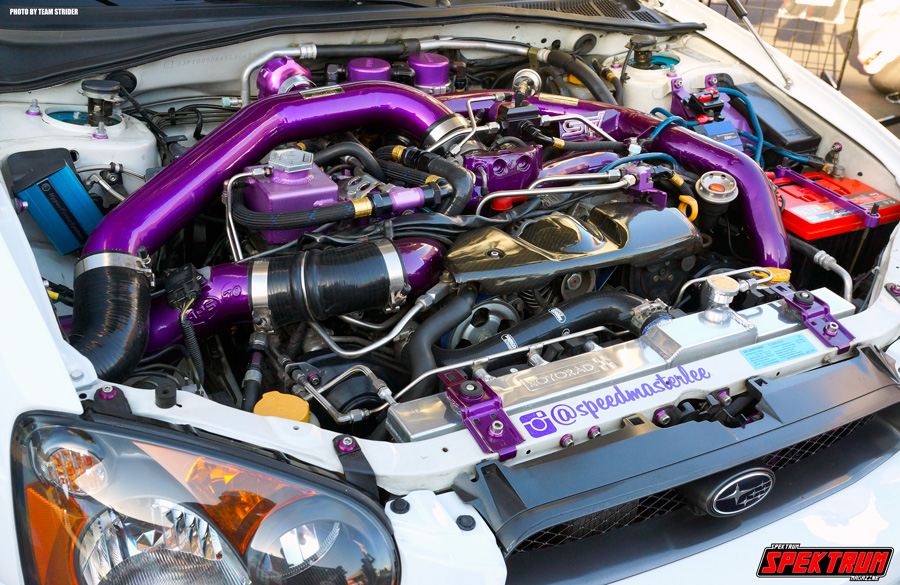 One wicked Subie engine bay we can’t help but look at. Courtesy of @speedmasterlee 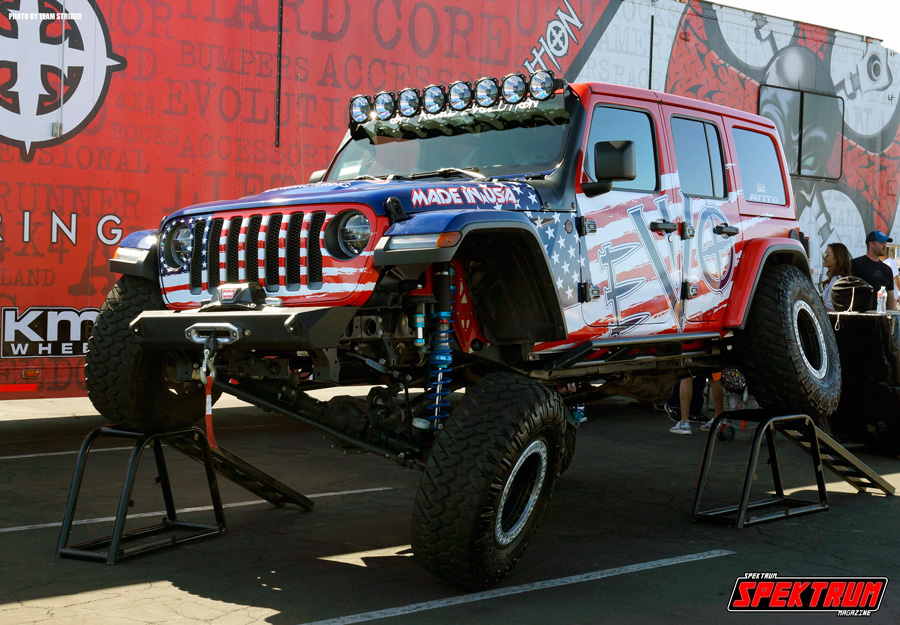 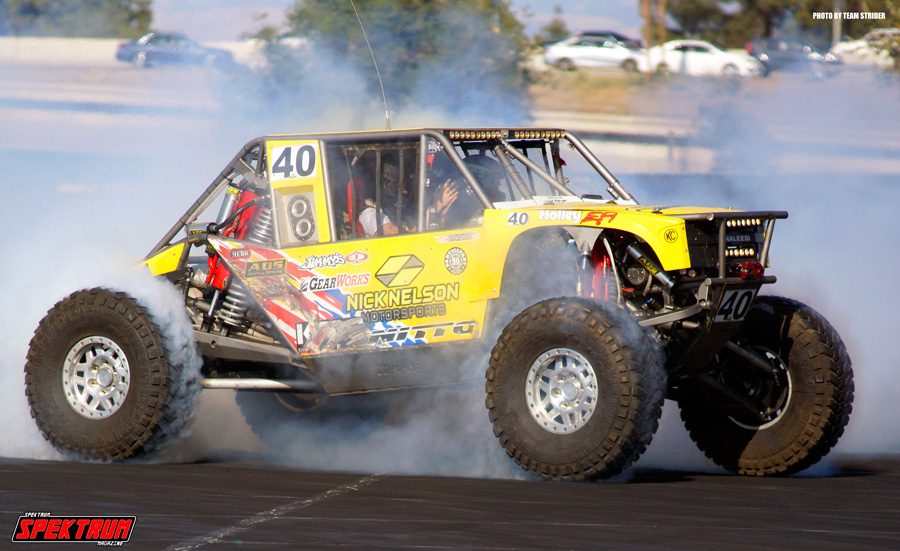 Burning some rubber in front of a crowd! 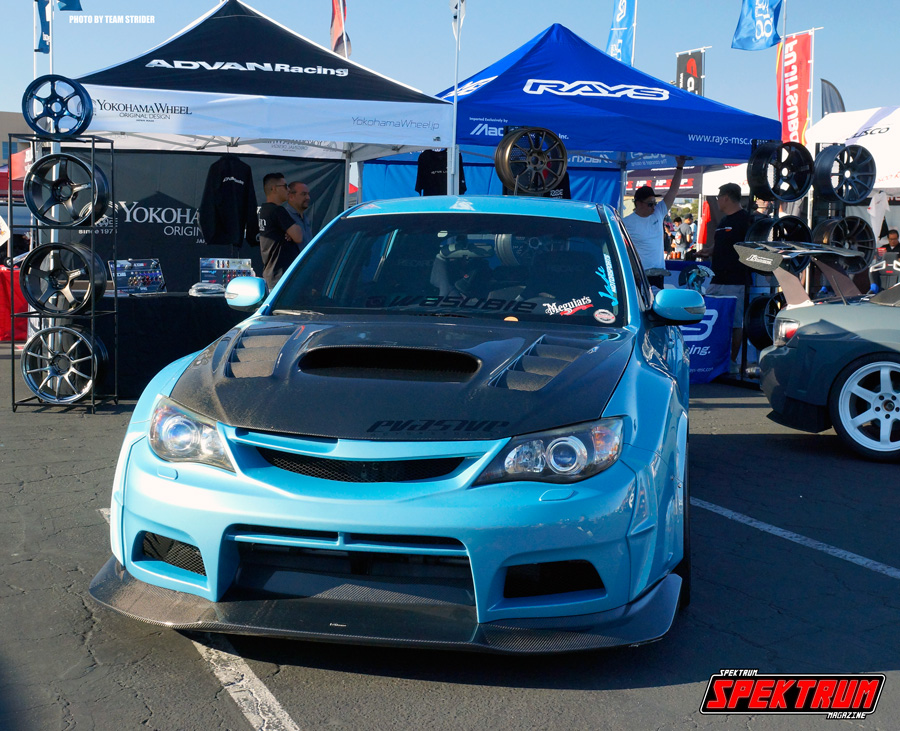 A female-owned Subie with a lot of attitude. Owner @wasubie 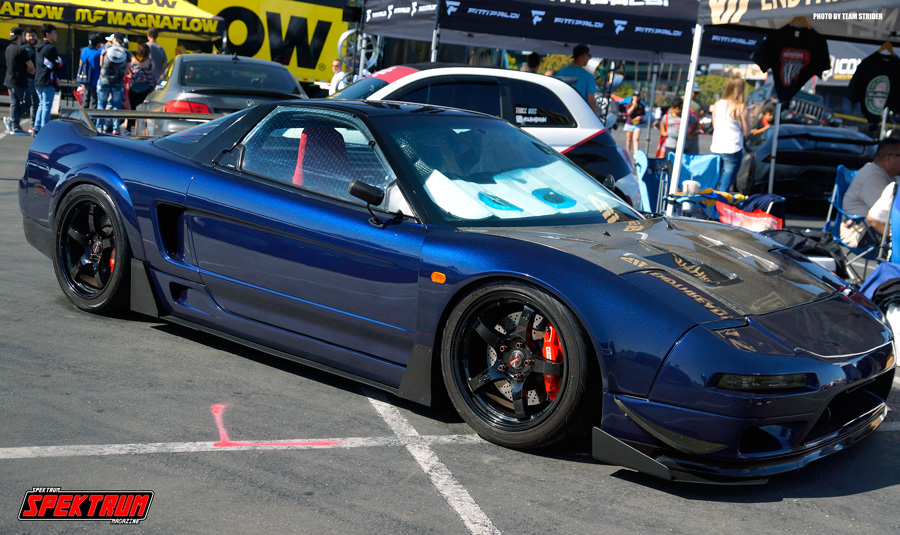 The NSX still looks amazing even after all these years. This one is no exception! 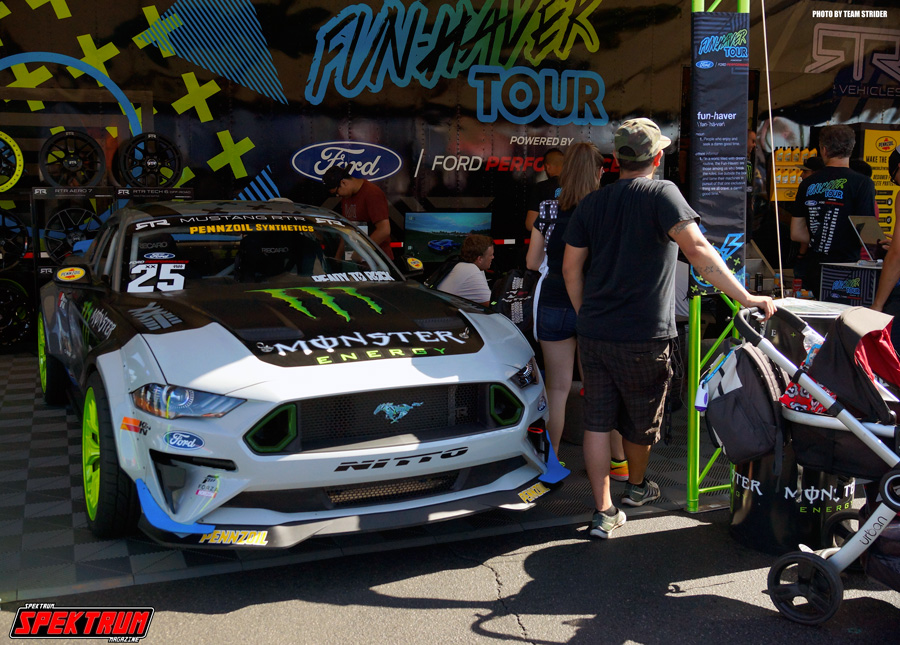 The drift cars in the pits getting ready for another round 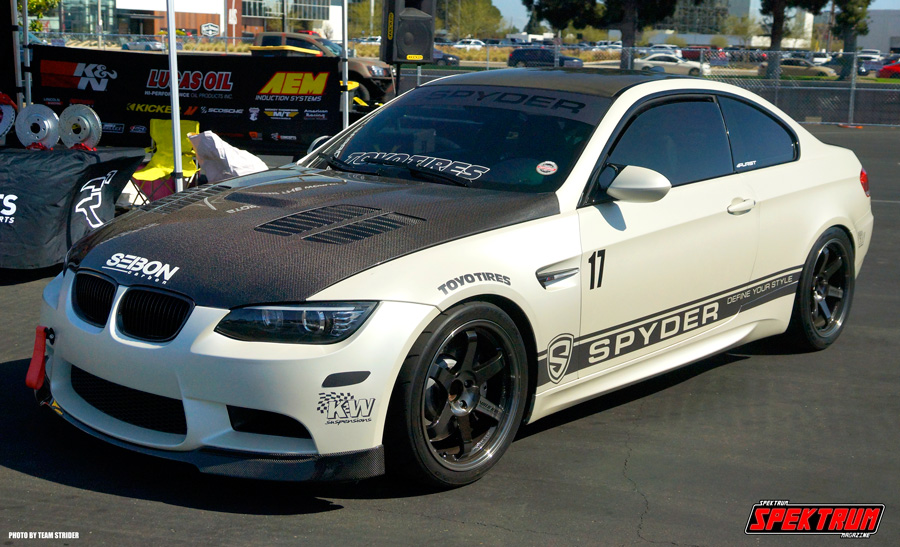 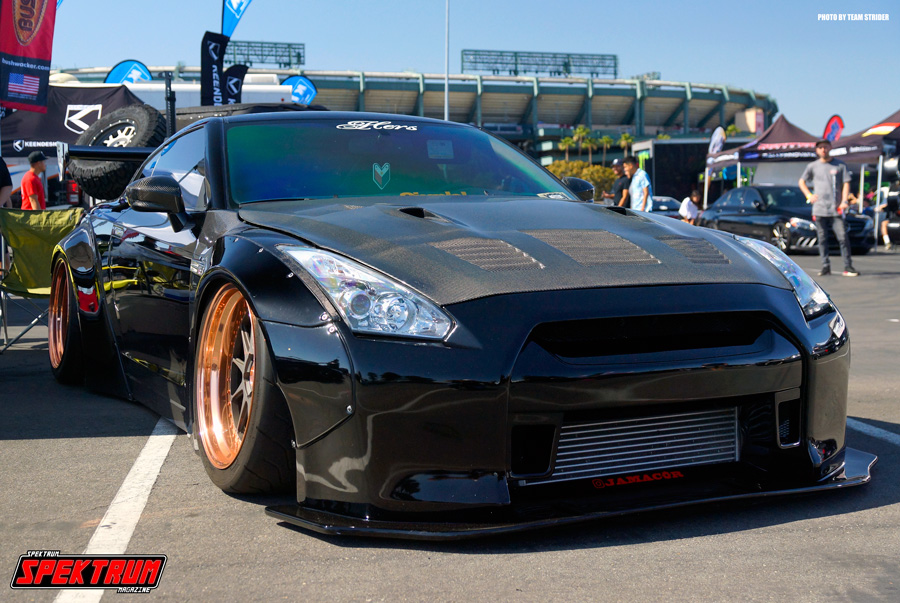 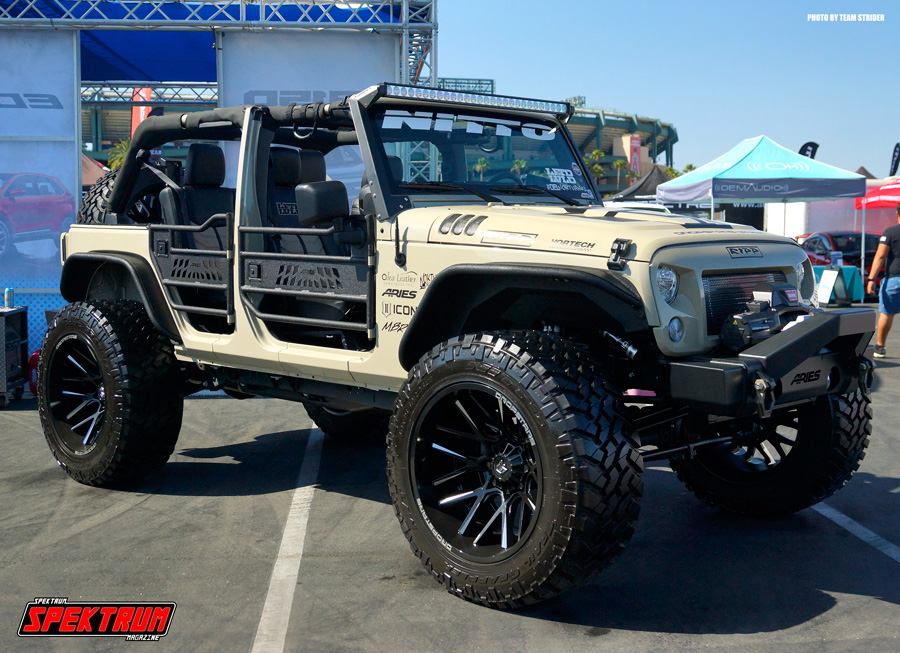 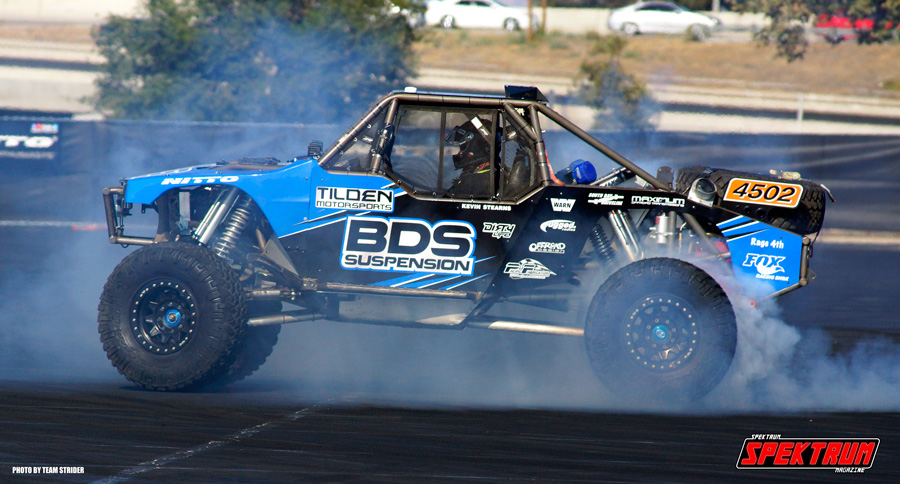 You can just smell the rubber coming out of the screen. So awesome!

When you positively, absolutely need to know if your suspension works 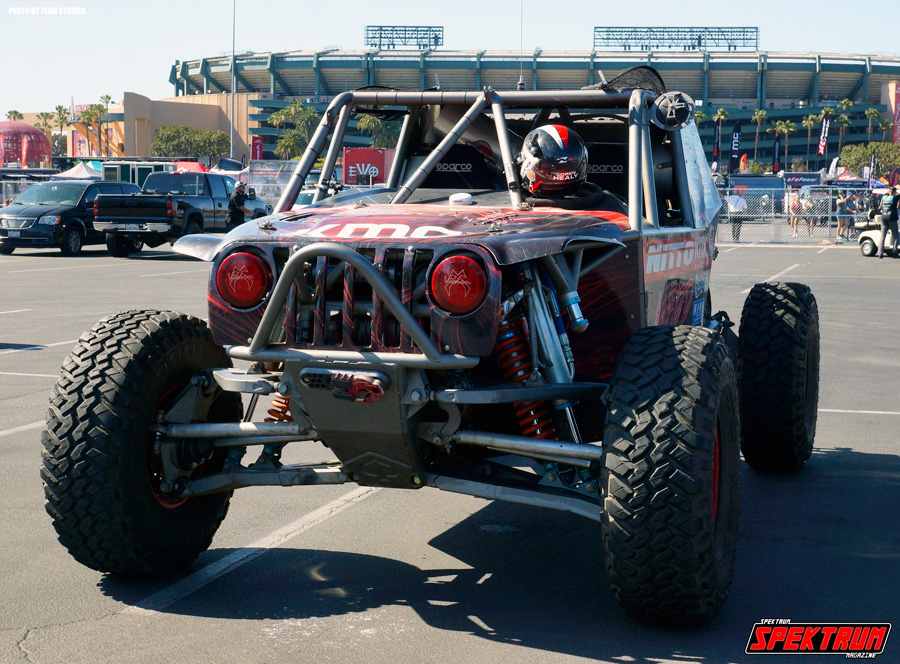 Looking at the offroad monsters that took the track. Just check out that beast!! 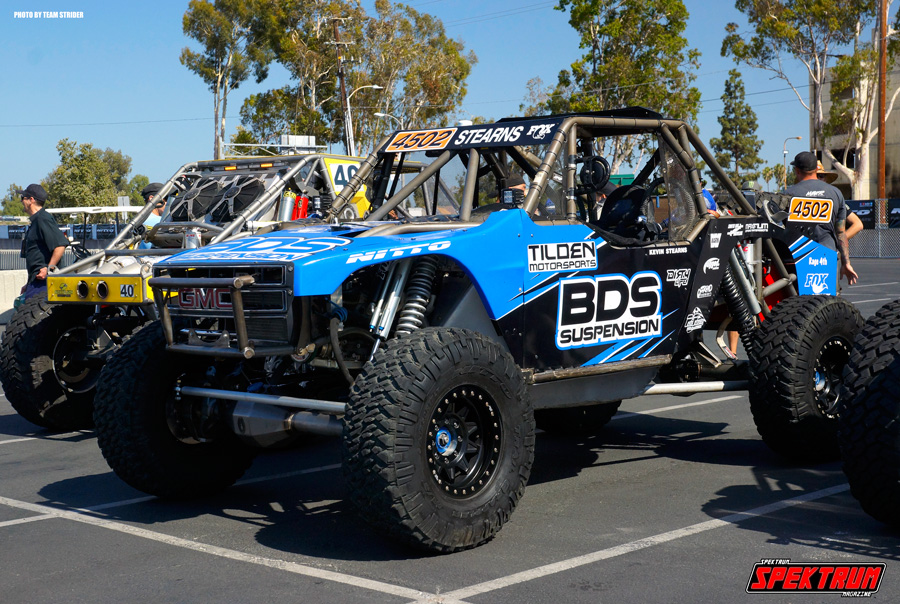 Still awesome even when not tearing the track up! 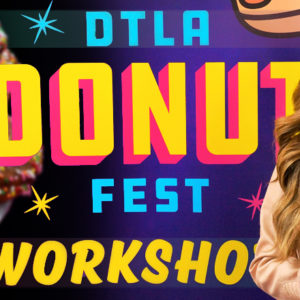 There are mornings where I wake up hungrier than any man or beast has ever been. I may be waking up with...