Showing off the Nicest Rides in SoCal: Coverage of the Clean Culture Summer Showcase

Clean Culture is a show that we have a huge affinity for. Considering this was our second time going to one of their shows, it isn’t heard to see why. We first heard of Clean Culture back in December of last year. They were hosting their Season Closer show at Dodger Stadium. While we didn’t go to that show, we had heard rumors and rumblings about it. The word on the street was that Clean Culture wasn’t just a car show, it was a revolution. Yeah, maybe that’s too strong a word, but, the buzz from that show was hugely positive. The show, as it turned out, was a massive hit, and people from all over were flocking to their shows. While I hate to admit I had never heard of Clean Culture before then, it did peak my interest. Who were these guys that were putting on this show, that I had never heard about? Who were the people that have been making a name for themselves and coming out of nowhere? Well, as I would come to find out, Clean Culture is an organization that has been putting on shows for quite a while and were doing it big around the country. Pretty much anywhere in the country, with the exception of Cali was being touched by the massive influence of Clean Culture. So, when they decided to come out to the overly crowded field of car shows here in SoCal, not only did they do it well, they went over the top. It was awesome. Little did we know (or expect) that the stories that we had heard were all true. Clean Culture was a huge show, and bigger than we could have ever expected. Seeing all of the cars and people there was something we had not witnessed before. Well, not to this extent. And from that first show we did back in Spring we knew that we had to go back. Thankfully, we would be given the chance and just a  few months later, we would make the trip to the show at the Orange County Fairgrounds. So, when we had the opportunity to go back for the Summer Showcase, we jumped at the chance. Sure, it may have been the hottest day ever recorded in history (maybe that’s a bit of a stretch), but, damn, the show was just as awesome.

There were a ton of awesome cars and vendors from all around. The backdrop of the Santa Anita Park racetrack was great and having the mountains in the background made for a very nice view. One other thing that helped to make the view a little sweeter was the models. Ah yes, the models. This time around there were some lovely models at the show. Sure there always is, but, it was nice seeing some that we hadn’t seen in a while. Whether it was the new team of models from 360 Products, or it was any number of beautiful girls from the JDM Sport booth, it was a nice plethora of fine ladies. We ourselves decided to mix things up and bring out two new members that we had never worked with before. One was Brittany and the other was Allison. Both of them were gorgeous and helped us to enjoy Clean Culture once again. Of course, we also brought out two more veterans of the team (Gladeez and Lexznai). Both of whom are always a blast to see. Just like before, there were a ton of amazing cars, food vendors and that wonderful SoCal Sunshine that helped to make this show just as fun as the last.

If you’ve never been to a Clean Culture show, then you’re really missing out. The vibe is so much different than a lot of other events, and considering they don’t judge cars for prizes (a fact that seems to bring down the competition aspect of shows quite a few notches) makes this show feel more like a friendly get together than a car show. I love it personally, and I am sure for a lot of people there’s a lot less animosity. You wouldn’t think there is, and it’s something that isn’t talked about very much in the car scene, and that is the world of car show winners and losers. It isn’t as black and white as it would seem, and while that is a topic for another article down the road, it’s something that just doesn’t happen at this show. It’s not necessarily a bad thing, and being void of the winners and losers portion of the show brings out a whole new aspect to it. But, this show in particular was fun. Our team had fun and so did everyone else. I suppose it was nice seeing the food and drink vendors there helping to quench everyone’s thirst. It was hotter than an August day in Mississippi and having sustenance nearby was welcome. Will we go to the next Clean Culture show? You bet your ass. Who knows, maybe one day we’ll go to the other series of shows they have across the country and see how they live that life out there. Next time baby! 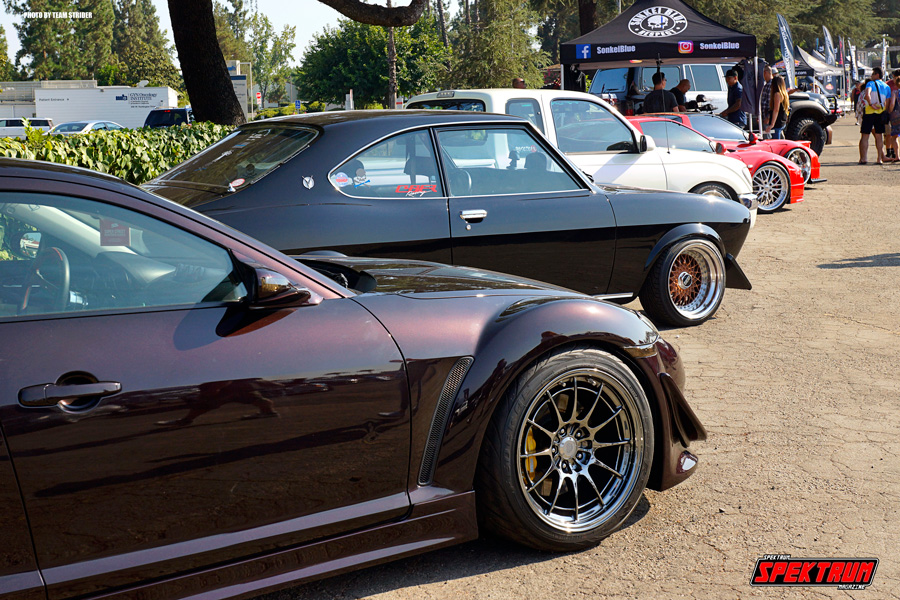 A fine RX-8 and more rides from the Summer Showcase 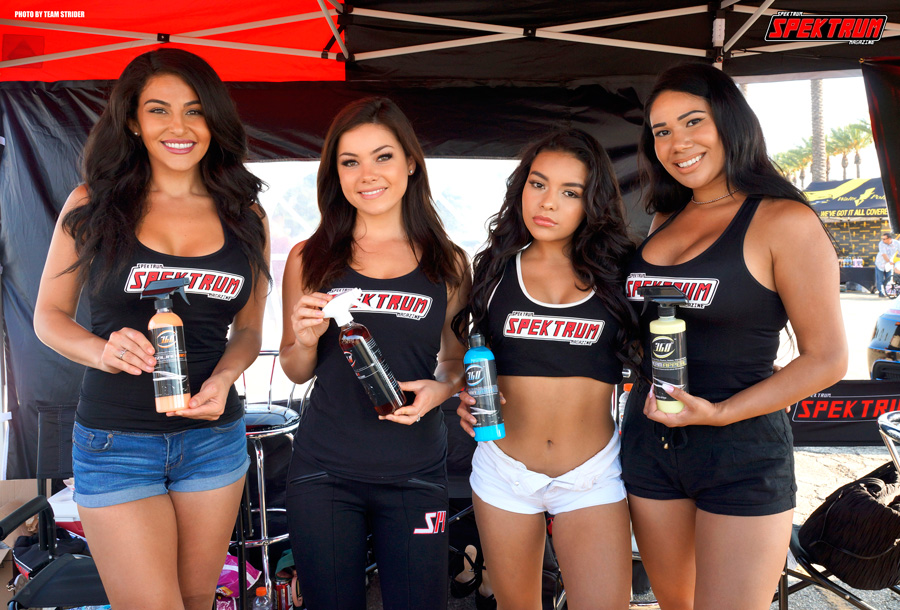 Our gorgeous team members posing with some 360 Products! 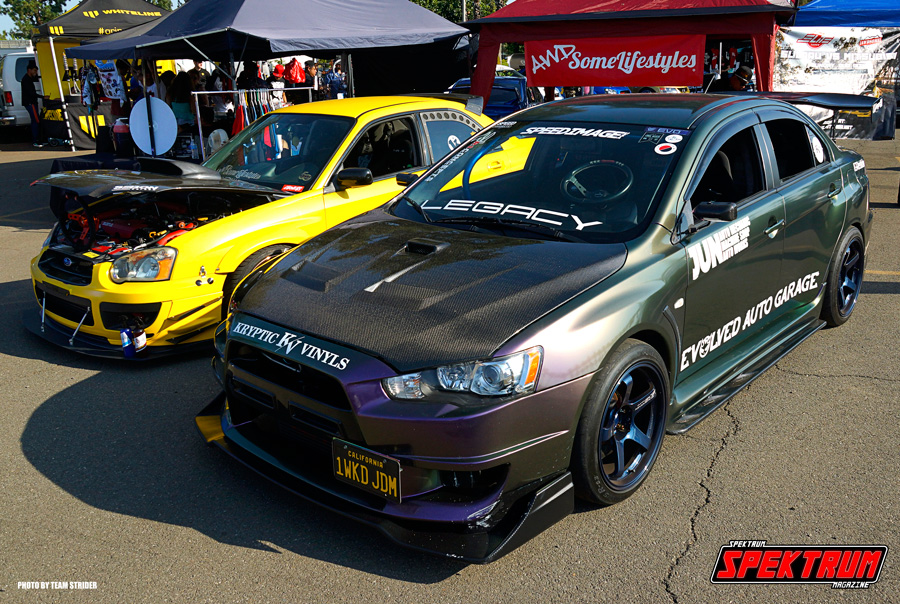 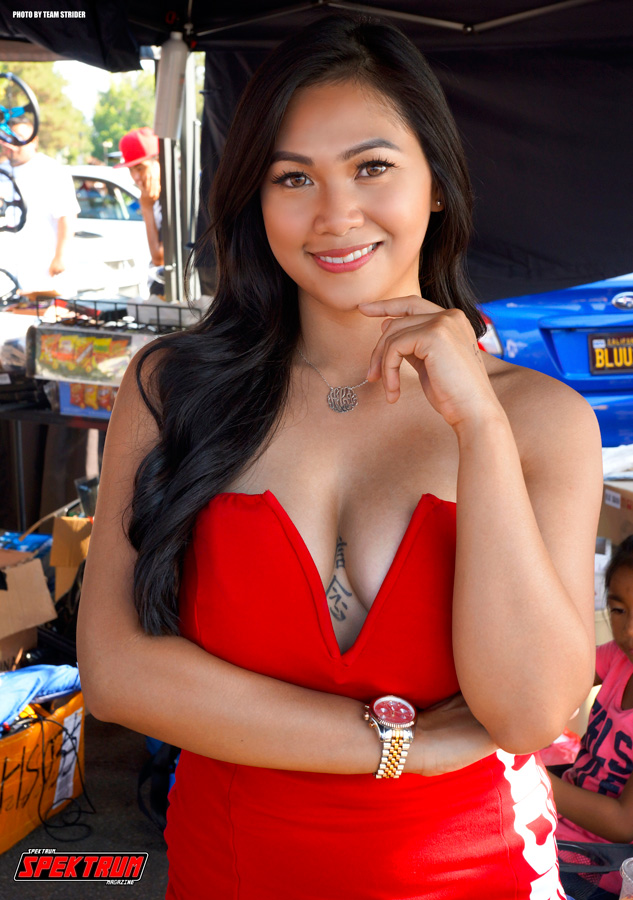 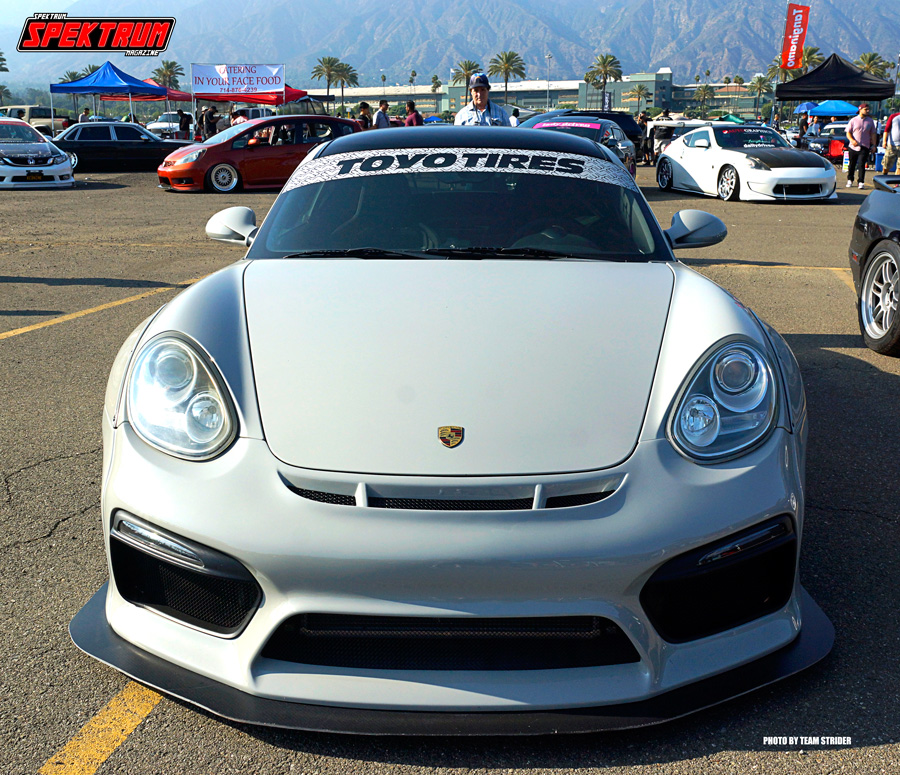 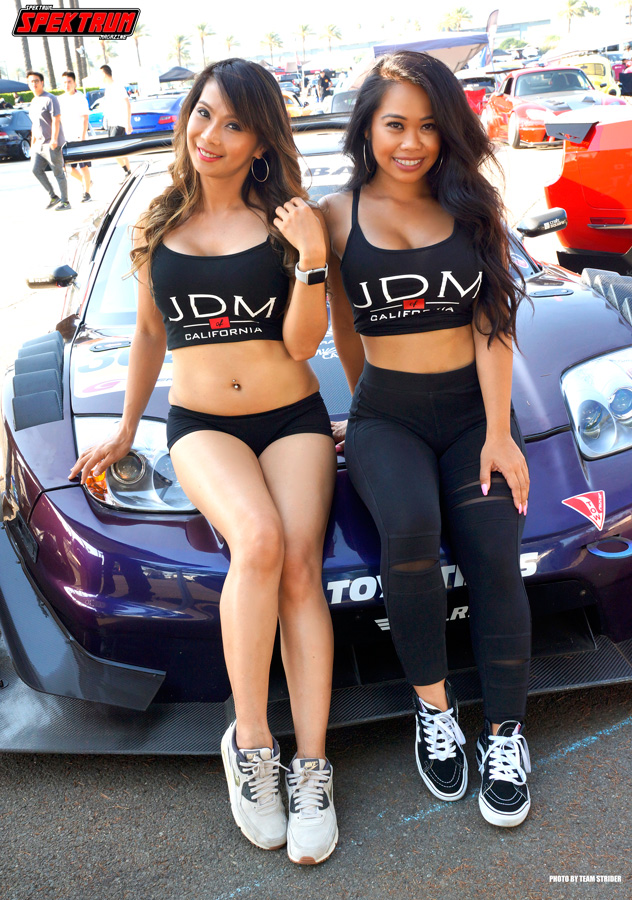 Lovely representatives from JDM of California 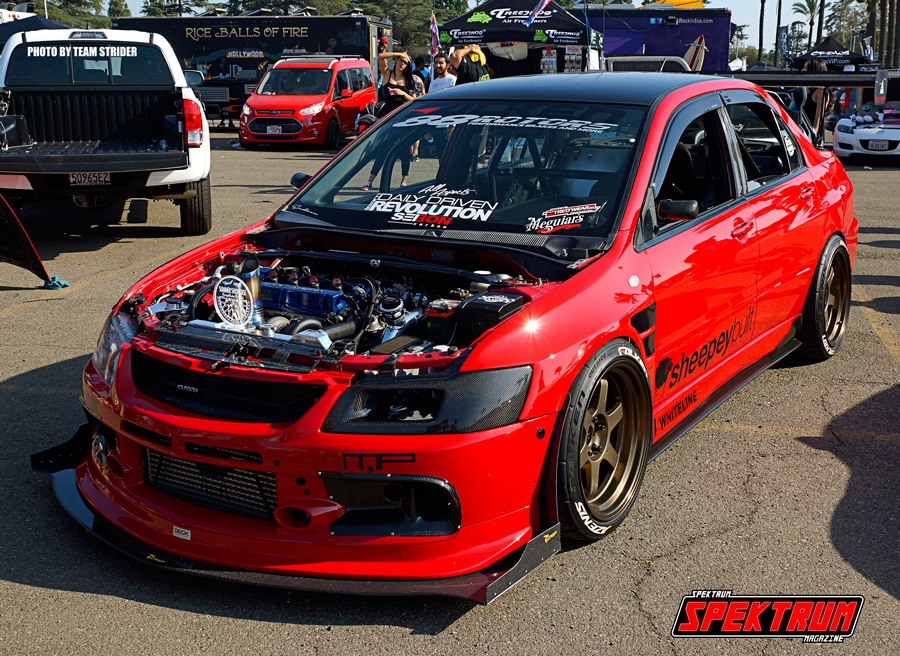 Check out this crazy Evo from Daily Driven Revolution 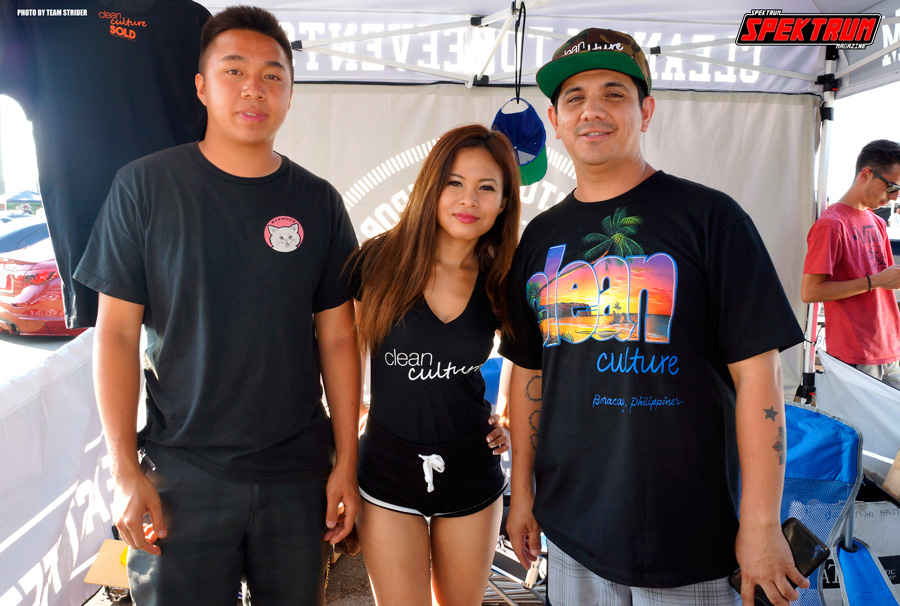 The folks behind the scenes at Clean Culture. Woot woot! 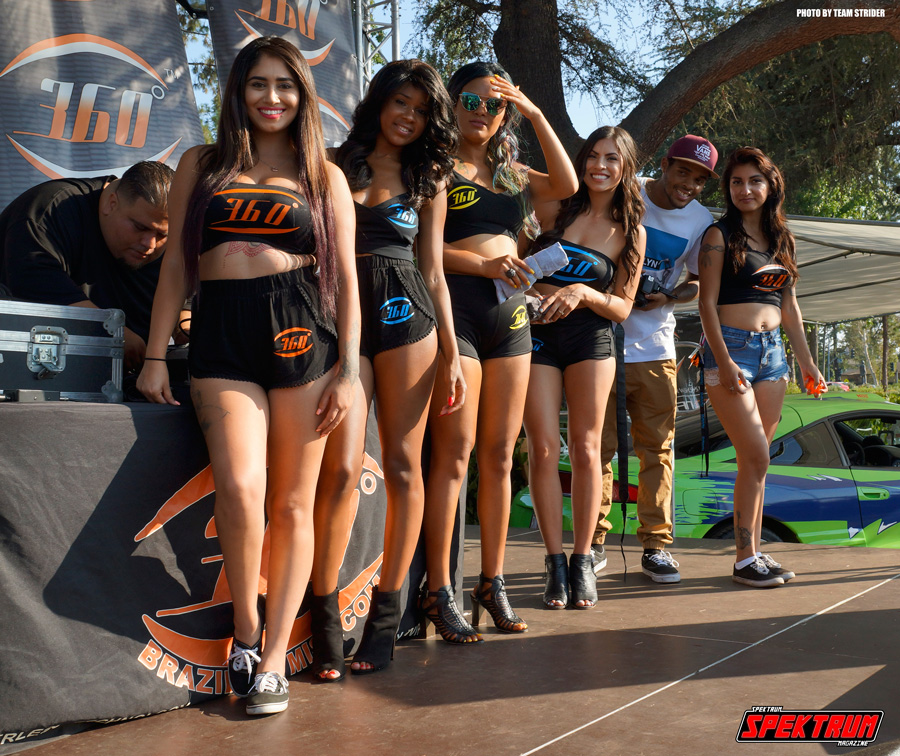 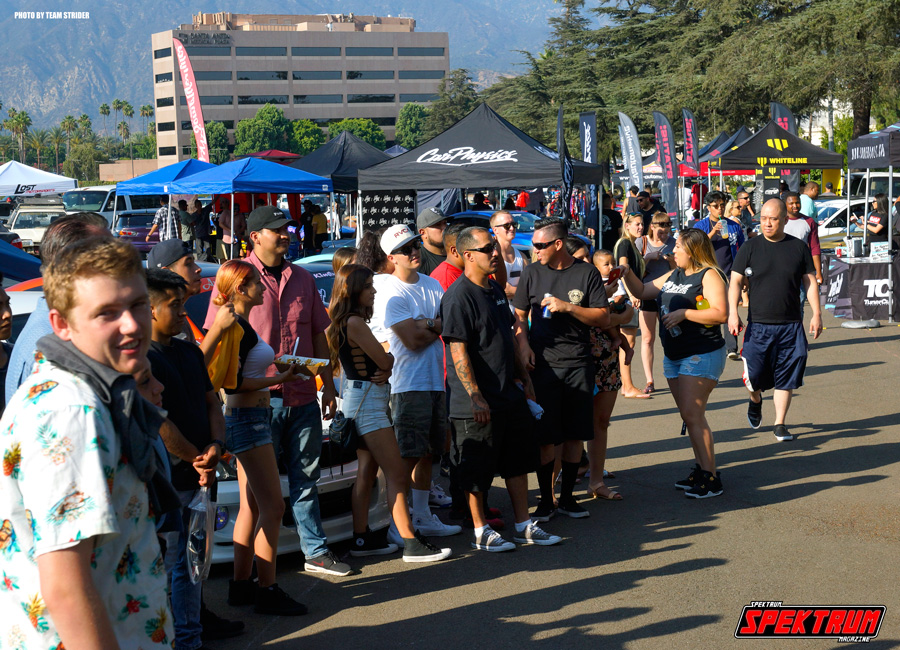 The crowd was bumping that day. Check it out! 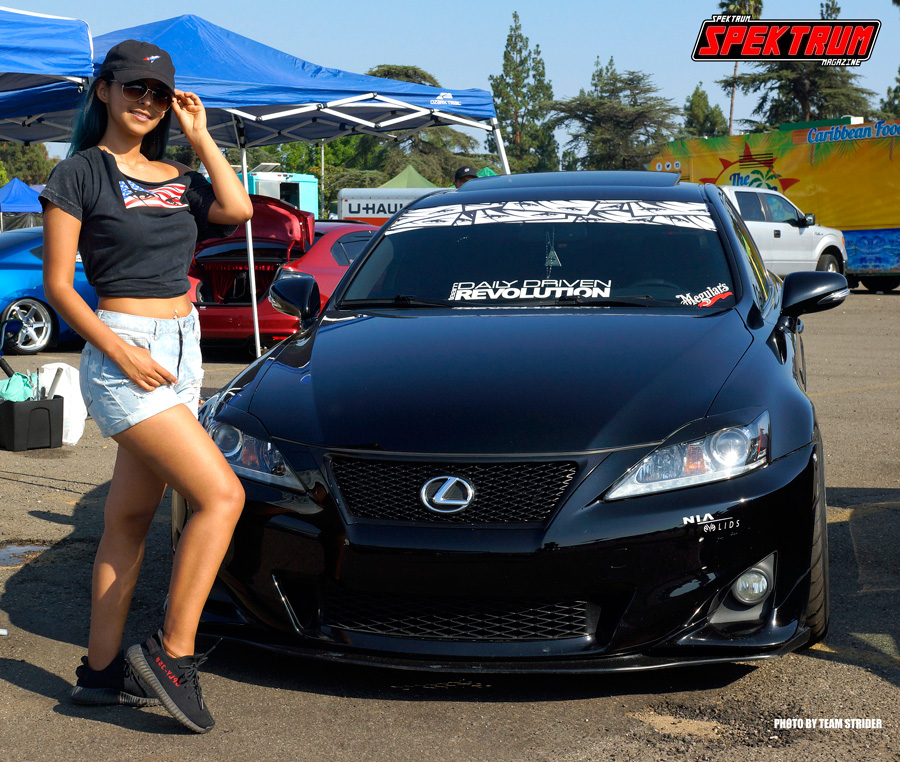 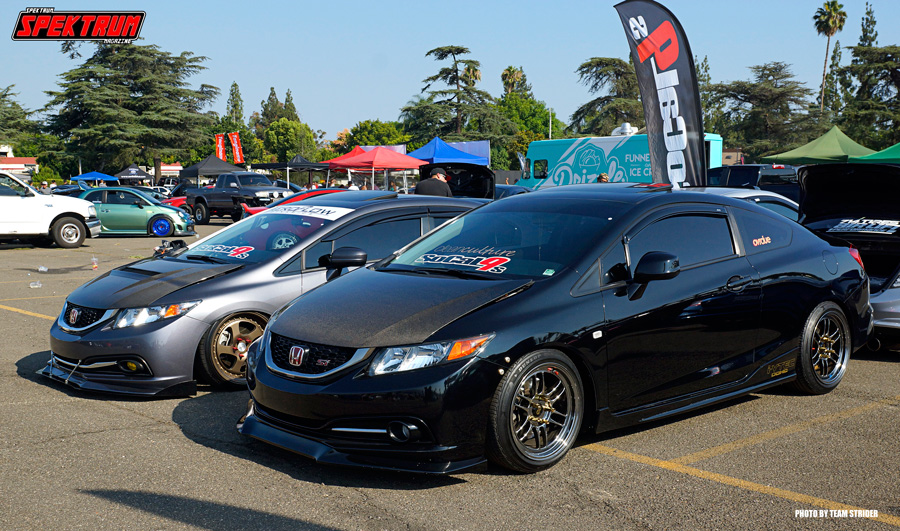 The guys from SoCal 9’s were there reppin’ their colors 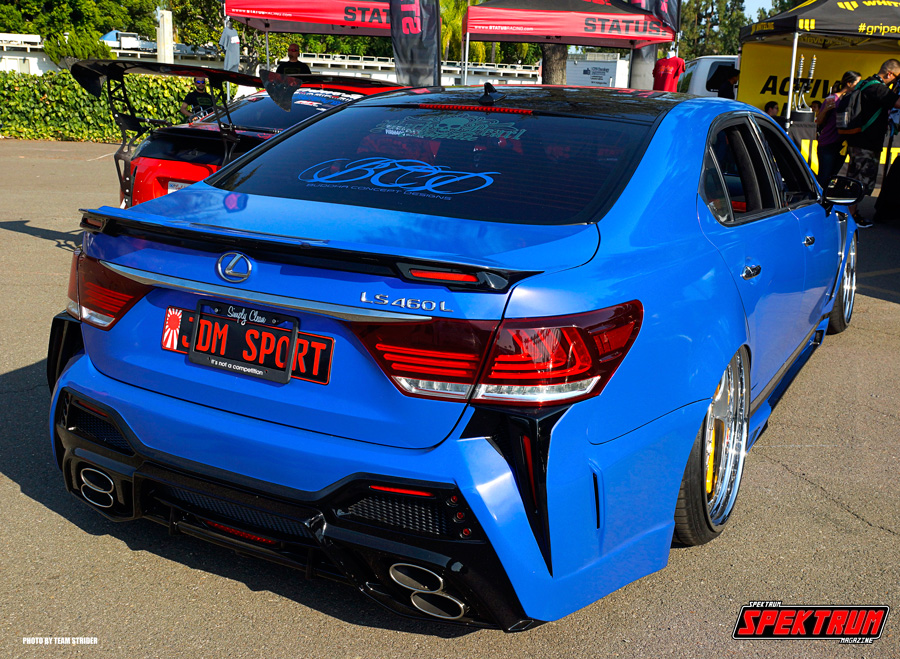 A very nice Lexus LS460 at the JDM Sport Booth 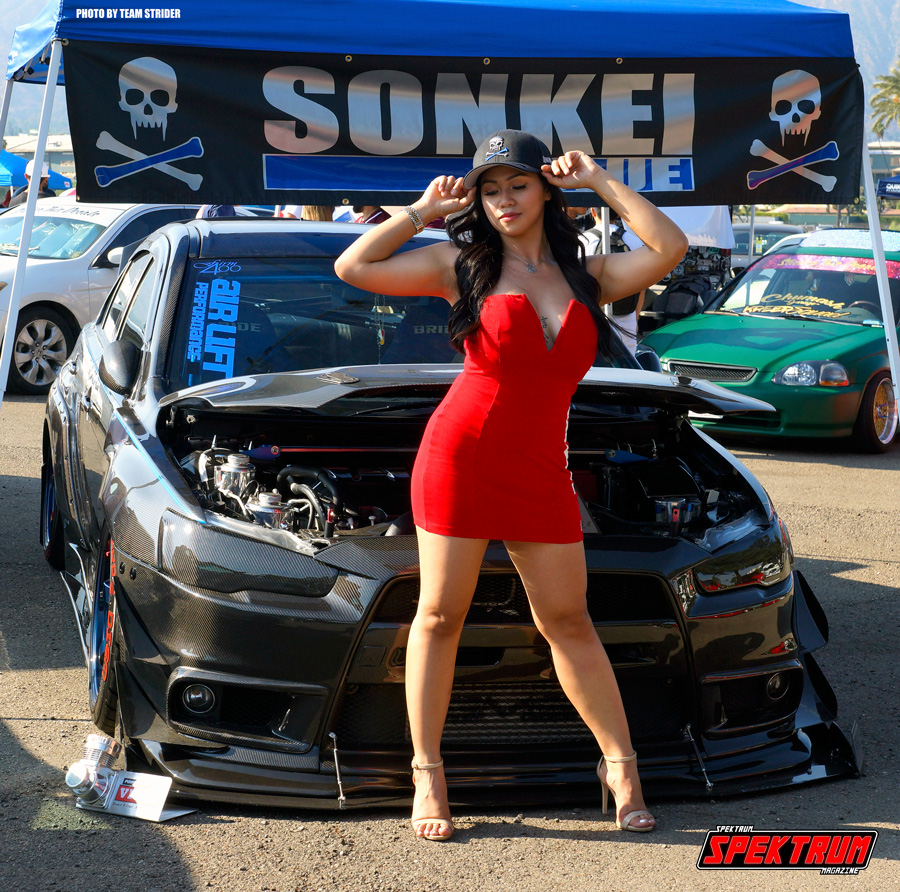 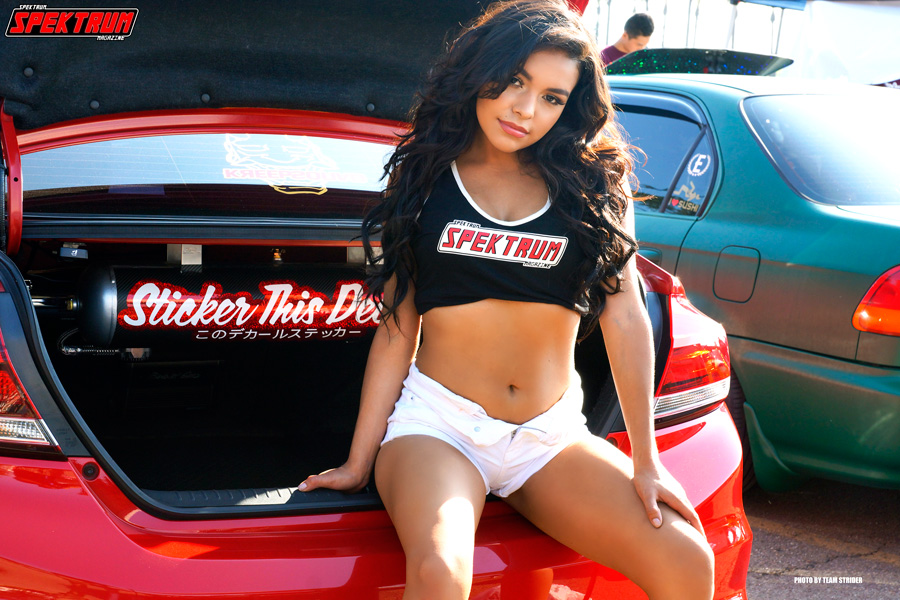 Our homeslice GiGi looking absolutely stunning at the show 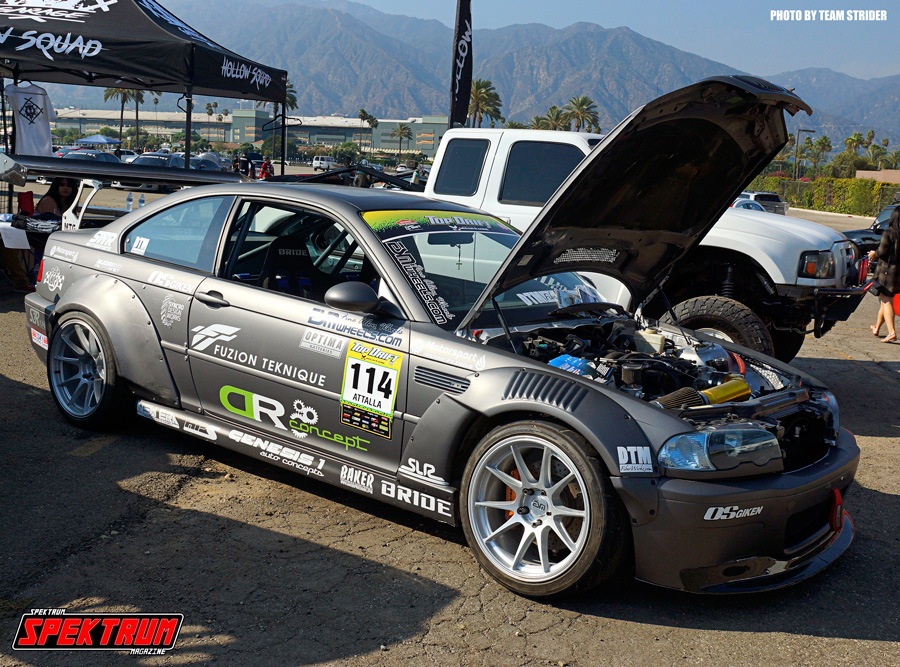 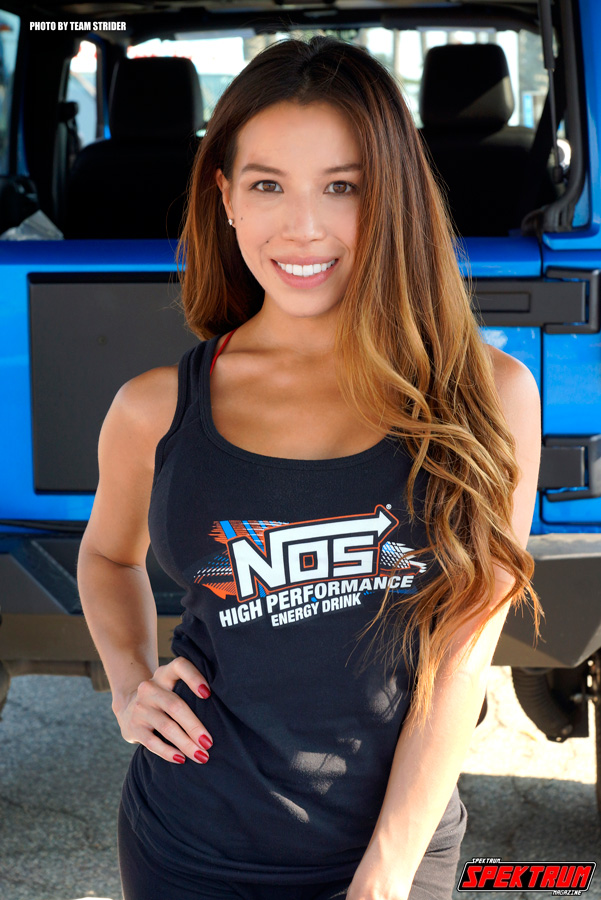 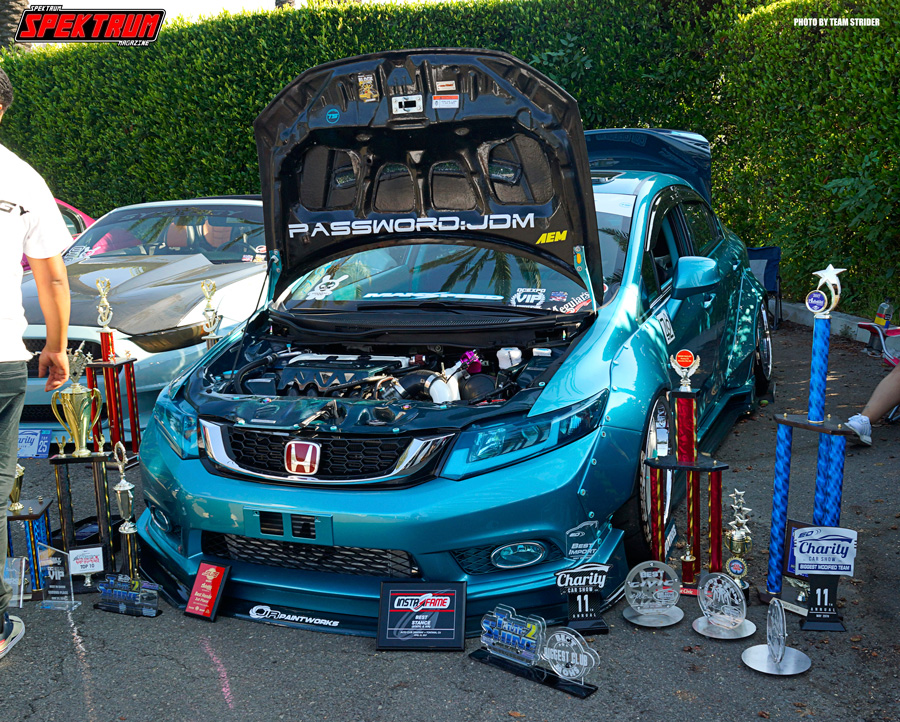 This Honda from Team Synergy has won a few awards in its time. Ya hurd! 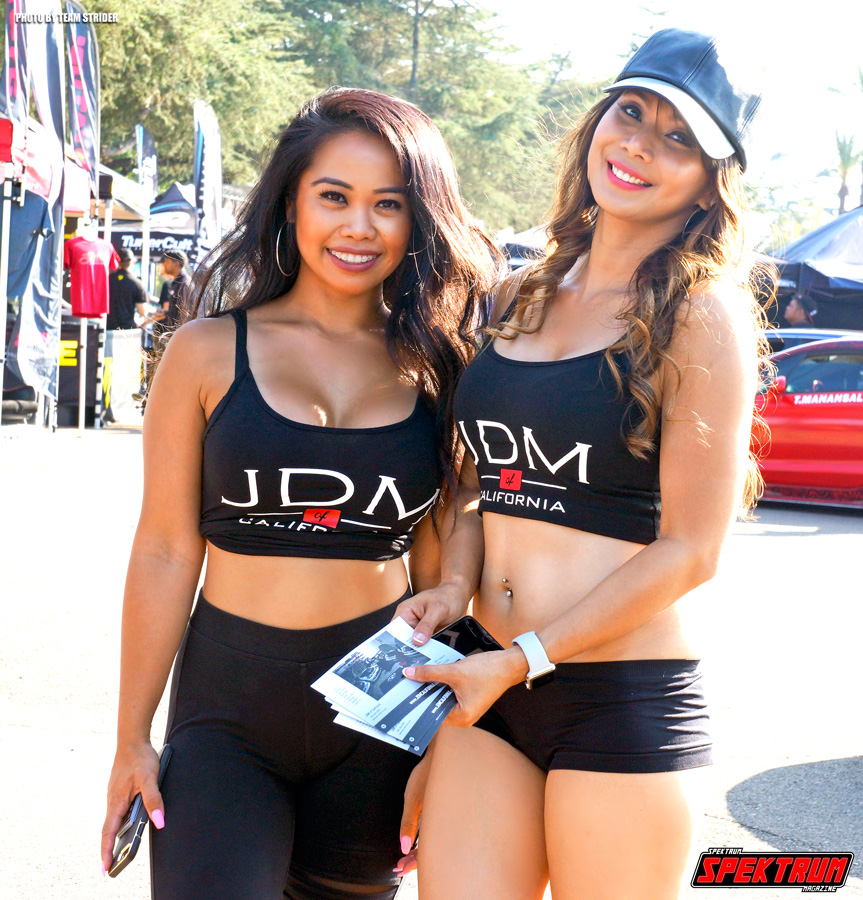 Another shot of the beautiful models from JDM of California 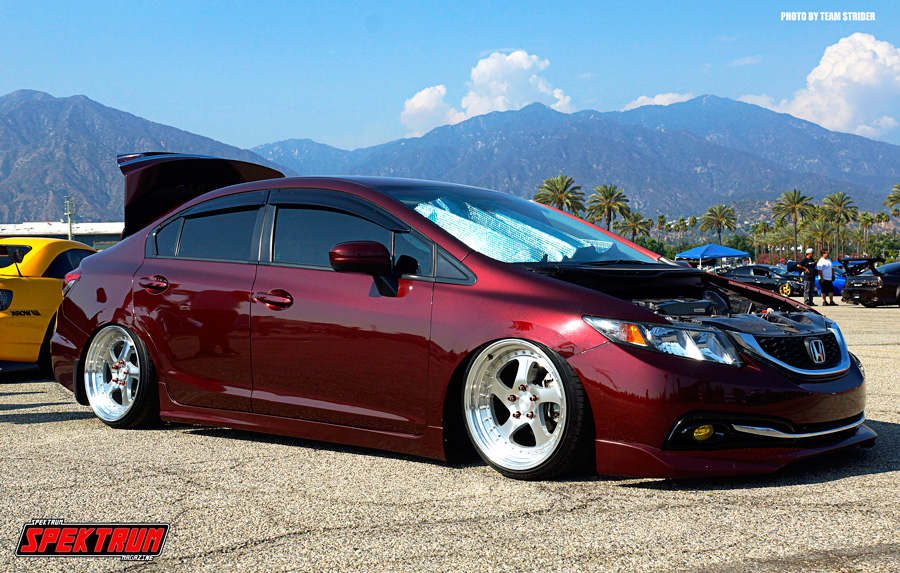 Just look at the stance on this ride 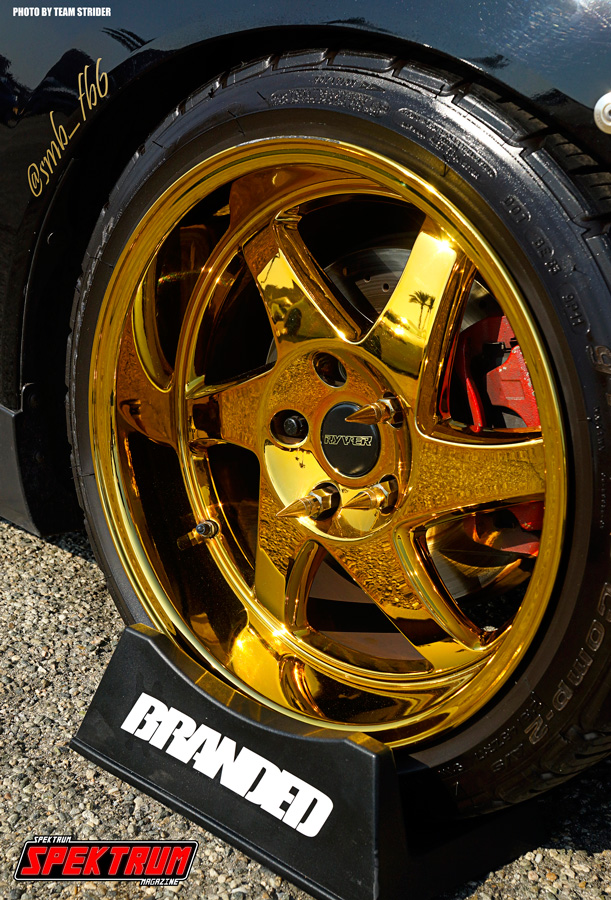 The folks at Clean Culture having a little fun 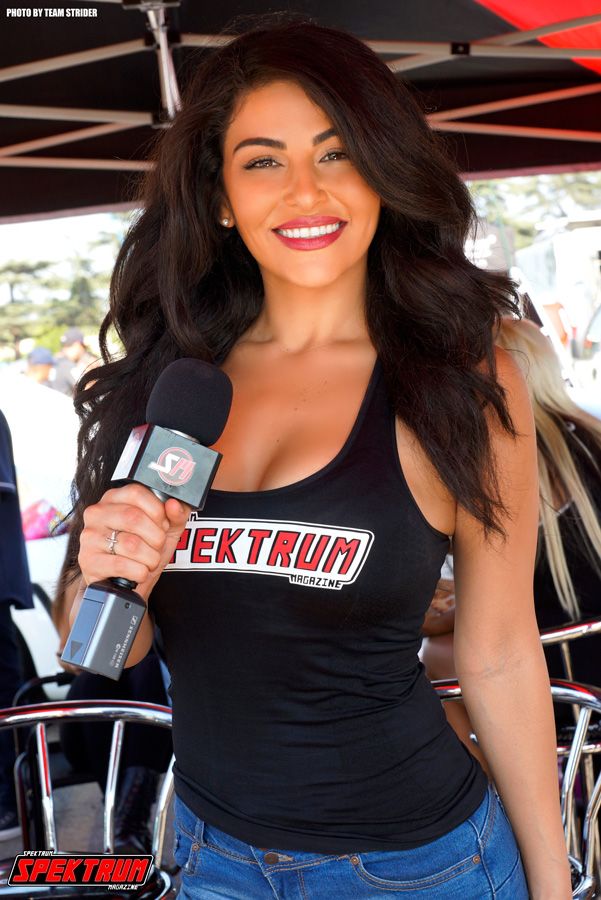 Our beautiful reporter for that day, Brittany rocking the mic 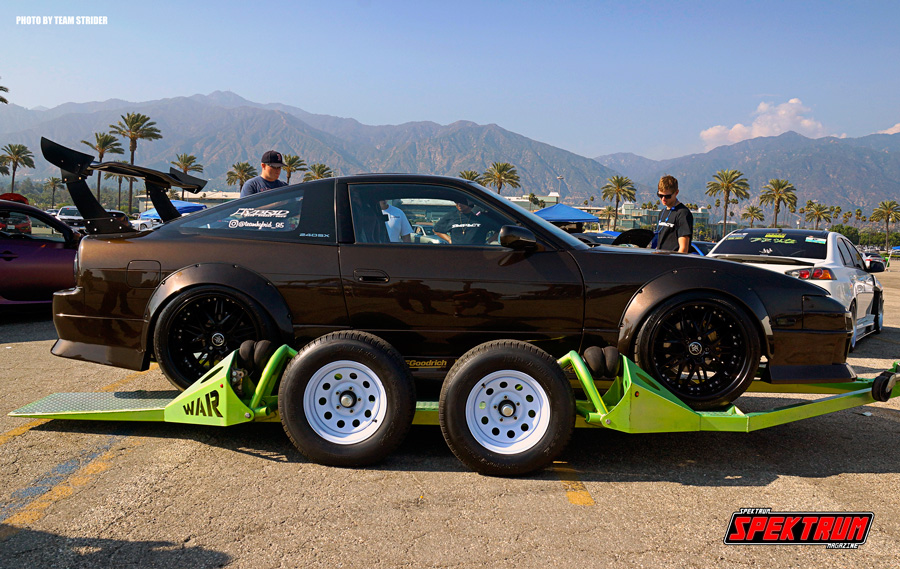 I wonder what was under the hood of this monster 240 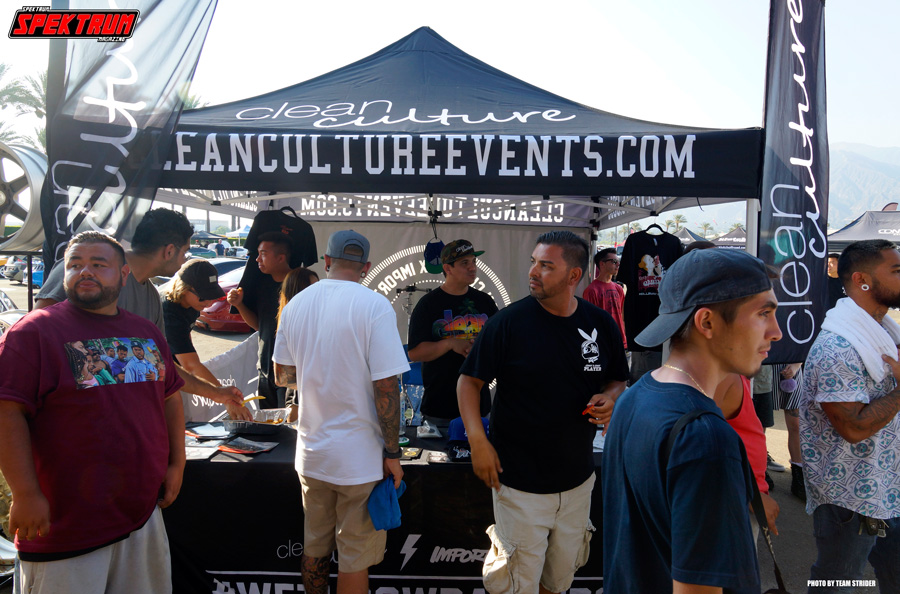 The Clean Culture booth at the show 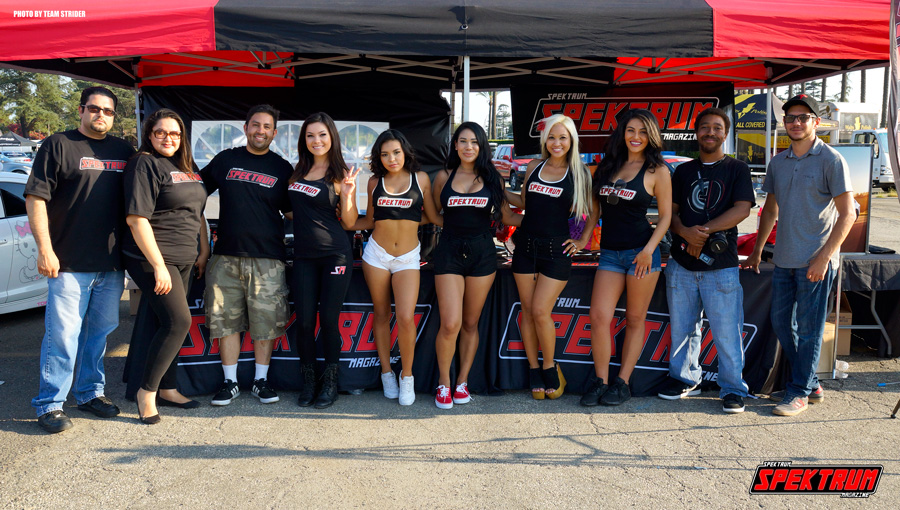 For more information on Clean Culture and all of their current and upcoming shows, check them out on their website at http://cleancultureevents.com/

The Road to Heaven is Paved With Chrome and Carbon Fiber: Coverage of the SEMA and AAPEX Shows 2017 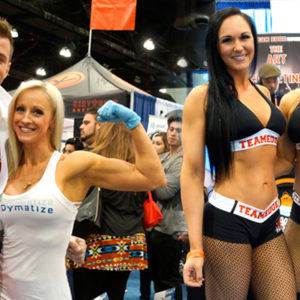