The Journey to Elizabeth’s Great Big World: An Interview with Elizabeth Stanton

With a thirst for knowledge of the world around her, and a drive to help those around her, 21-year-old Elizabeth Stanton has made her dreams a reality. Through a series of fortunate events and having more determination than people twice her age, Elizabeth has blazed a trail through Hollywood. While most people would be happy with that one fact alone, Elizabeth was not content to leave things as they were, and has taken a path not usually taken. That path is something that intrigued us and we definitely wanted to know more. Thankfully, through the alignment of the planets, we were fortunate enough to have a moment to sit down and chat with this talented and fascinating star.

Actress Elizabeth Stanton is someone that we had heard about at the Hollywood Walk of Fame Awards last year. We had seen her at several events before, and seeing her smile and gravitating personality, we were curious to know more about her. Upon writing up the article for the Walk of Fame, we sifted through the pictures and footage of the event. The red carpet is always tough to work, as we don’t always have a lot of time to chat with the talent. Sometimes the interviews can last a few minutes, and sometimes they can be substantially less. So, give the opportunity to talk with some of the folks outside of the red carpet is an honor that we don’t take lightly. I knew a little bit about Elizabeth going into our interview. Having watched a few episodes of her travel show (and comedy), it was easy to see that there was a lot of talent behind her. Not only was she acting on one show, but, as a host on another. That ability to move in between different formats isn’t easy, and it was pretty apparent that this was something that came naturally. As with anything though, it’s the story behind the scenes that fascinates us, and we could tell that there would be quite a story to tell. Little did we expect just how incredible it would be.

From a young age, Elizabeth had the opportunity to travel with her family. It was during those years of traveling with her family, that Elizabeth grew a passion for charity work. Seeing how other people lived throughout the world opened up her eyes to the beauties and struggles of folks from all over. It was on one of those trips (during a trip to Nairobi, Africa), that Elizabeth came up with an idea to showcase some of the amazing sights and people in the places that she was visiting. That idea would culminate into a one-hour show, and doing more than just a place to have fun, she and her friends would bring awareness to her many destinations around the globe.

Her focus was not only to bring knowledge to all, but to also educate kids her own age. It was a new spin on the age old travel show, and seeing things from her eyes would let kids and travelers her age enjoy the world with her. Soon after that first segment aired, Fox approached her and offered to pick up her show. The title of which would became, “Elizabeth Stanton’s Great Big World.” Coming from a sincere place in her heart, and unknowing of the profound affects her acts of kindness would bring, Elizabeth Stanton would embark upon a new chapter in her life. That chapter would open up the doors not only to her acting career, but, to the world as a whole. That experience has grown to an extend that not even great sitcoms have, and the “Great Big World” now has over 100 episodes. That is a milestone that is far beyond amazing. 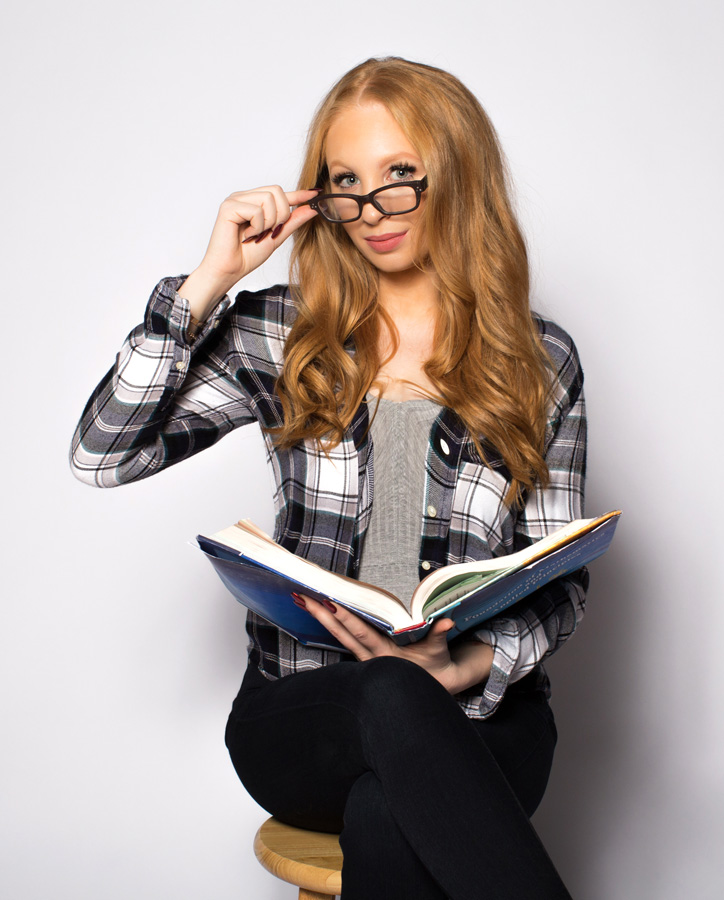 Elizabeth for ‘This Just In’ 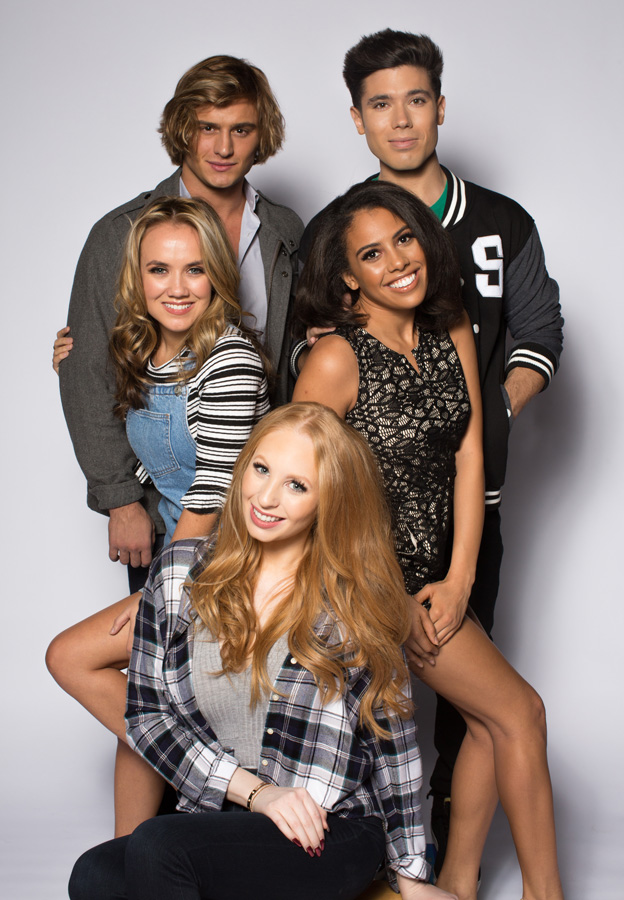 Elizabeth and the cast of ‘This Just In’

That alone would be enough to make most people happy. But, then again, most people aren’t Elizabeth, and that is just one notch in a career that has many tentacles to it. Although Stanton grew up in the spotlight alongside her parents, they never pressured her to enter into show business. She had little interest in the industry initially, but, in due time, she would immerse herself into the world of Hollywood. Her parents both come from the world of acting, and as much as an influence as parents normally do have on their children, they wanted her to find her own path. Through life’s many twists and turns, this path would lead her on one that allow her to blend her charitable nature and her passion in making a difference in the world, along with her newfound passion for acting.

After several years of filming her travel show, Elizabeth would take on a different role (although, not too different from her normal self) and would appear in the comedy sitcom, “This Just In.” The show takes place in a high school where she plays the role of Liz Sandler, a quirky, socially awkward new girl who is trying to fit in and makes the best out of any situation.

“I really relate to my character Liz because she is basically an exaggerated version of myself,” says Elizabeth.

The biggest difference between both shows is that “This Just In” is scripted whereas “Great Big World” is not. Although different, Stanton can still be herself in one, and play a role that is very similar to her own personality. It’s a bit of a double-win if I do say so myself.

“While filming the sitcom I feel like I’m in high school all over again,” Elizabeth said.

Among many of the exciting adventures she experiences, one the best parts of her job is having the ability to work and travel with all of her best friends. Being able to go to someplace cool is always a really fun thing to do. But, bringing your best friends along not only makes it doubly as fun, but, adds to the experience. On top of that amazing fact, she’s also able to travel and work alongside her parents. Although she is very busy, Elizabeth affirms it has been easy to juggle both shows at a time.

Show business is a tough business to be in, and it can easily become overwhelming. But, for Elizabeth, keeping busy and surrounded by her family and friends has become a key component to keep her motivated, and to work harder. Those bonds are the roots that has helped her to stay rooted in the things that make her stronger.

“I have stuck with my day one best friends through this entire process, and they remind me to stay down to earth,” Elizabeth says.

Her parents are her biggest role models and are always proud of her and happy to see how far she has come. I am sure that they also cannot wait to see what she has coming up.

Elizabeth states, “It’s great to stick with the people you love (and) who are going to support you no matter what.”

One of her parents’ greatest advice has been to “no matter what you do always be kind.” Perhaps that is why, given her travel and humanitarian work, that she has also worked with some local charities. One of those is the US Marines’ Toys for Tots program. Some people may think that this charity works only during the holiday season. But, the truth is, that it is ongoing throughout the year. Being a part of such a special program helps her to work on her main objective of giving back to the community.

Despite her great success, Stanton remains a normal girl who loves movies, and hangs out with her friends order a lot of take out. She really enjoys her friends company and eating her favorite food, home cooked chili.

She is currently traveling for her show “Great Big World,” throughout India, Abu Dhabi, Armenia, and London. With a handsome collection of stamps in her passport book, it’s easy to be excited for her.

And, if she wasn’t busy enough already, Elizabeth clued us in on a secret project in the works. Apparently, it is going to be very different from anything she has done before. Although she was not able to mention too much, she did say she will be playing a new role for a drama. As much as we tried, this was about as much we were able to find out.

She may be young, but in just a few years Elizabeth has already accomplished a great deal. She continues to see herself growing in her career as an actress and can’t wait to see what the future holds for her. We, in turn, are just as excited to see what is coming up next. Especially with the teaser about the new project. In the short amount of time that we had to to talk with Elizabeth we couldn’t help but be fascinated by everything she was saying. You could tell that even though she has seen and accomplished so much (and in such a short amount of time), that there was a fair amount of humility that was present. It was refreshing to hear, not only about the work she was doing in front of the cameras, but, with people that were less fortunate. Perhaps as amazing as it was to hear about the television shows and acting gigs that she was involved in, it was the way in which she spoke that impressed us the most. I can guarantee that this won’t be the last that we hear about Elizabeth, and for all of us fortunate enough to know about her and her work, that is a wonderful thing. Definitely check out her work and appreciate this rising star! 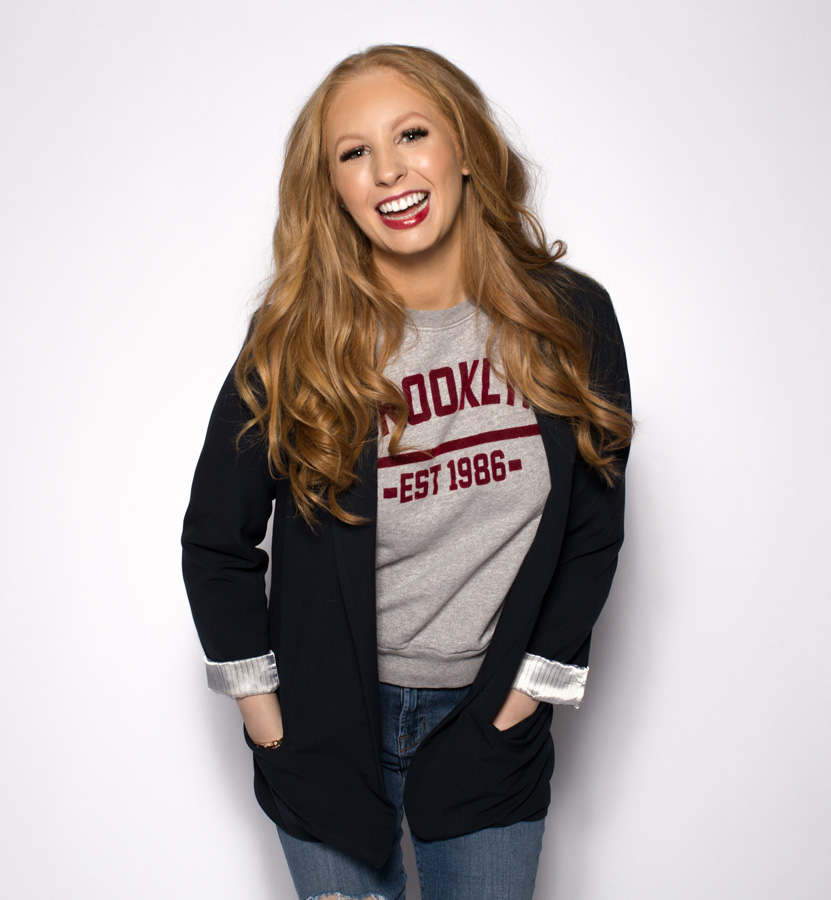 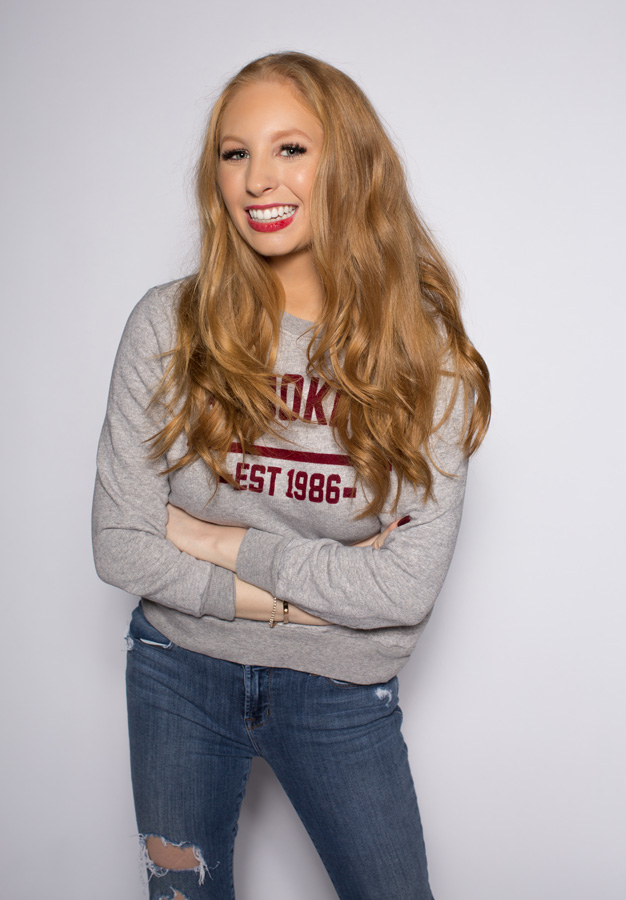 Elizabeth Stanton in her element

Photos courtesy of the “This Just In” television show

For more information on Elizabeth Stanton and her television shows, chech out her website at http://elizabethstantontv.com/

This article was prepared or accomplished by Daynie Rivera and Daniel Navarrete in their personal capacity. The opinions expressed in this article are the author’s own and do not necessarily reflect the views of Spektrum Magazine, or its affiliates.

Beauty and Splendor on the Red Carpet: Coverage of the Miss Russian LA Pageant 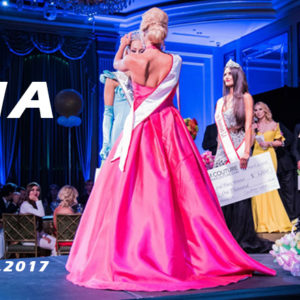