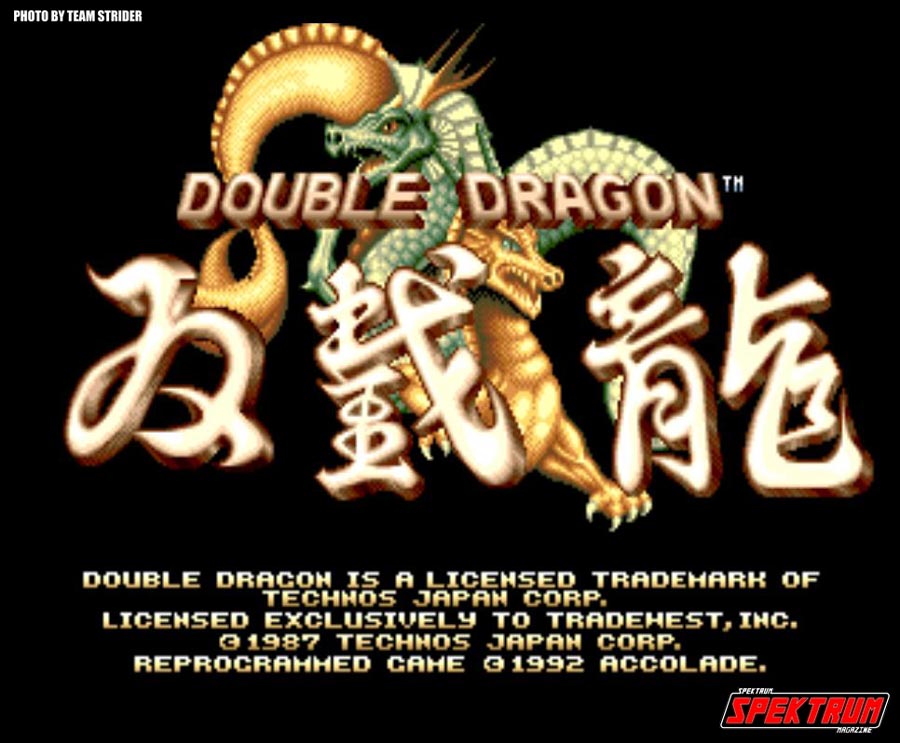 Back in the 80’s arcade games were coming out at a rate that would make ones head spin. Back then games didn’t have budgets that could rival some of the biggest blockbuster films. The staff to put together games were a lot smaller, and in essence the games were a lot simpler to put together. Now, that doesn’t mean that the games were any less fun, but,  because of the fact that games did not require thousands, or even millions of lines of code, programmers could pump out games in a lot less time. This was not always the case, but, for the most part, this allowed developers to pump the market full of games in less time.

While games could theoretically come out faster there was a strange phenomenon that would occur more often than not. Back then a lot of side scrollers were all the rage (on that would last all the up until the 32-bit era), and you would also have a lot of beat-em-ups in that mix. Beat-em-ups if you didn’t know were side scrollers (games where you would control a character that would move from one side of the screen to the other) that let you control your player whose sole purpose was to kick the living crap out of the computer. Since online play wasn’t even in the spoken language, the computer was always the opponent. One of the first of those games would come in the arcade in 1987, and that game would become synonymous with the genre. This game would be one of the first arcade beat Em ups to ever be released and would become known as Double Dragon! 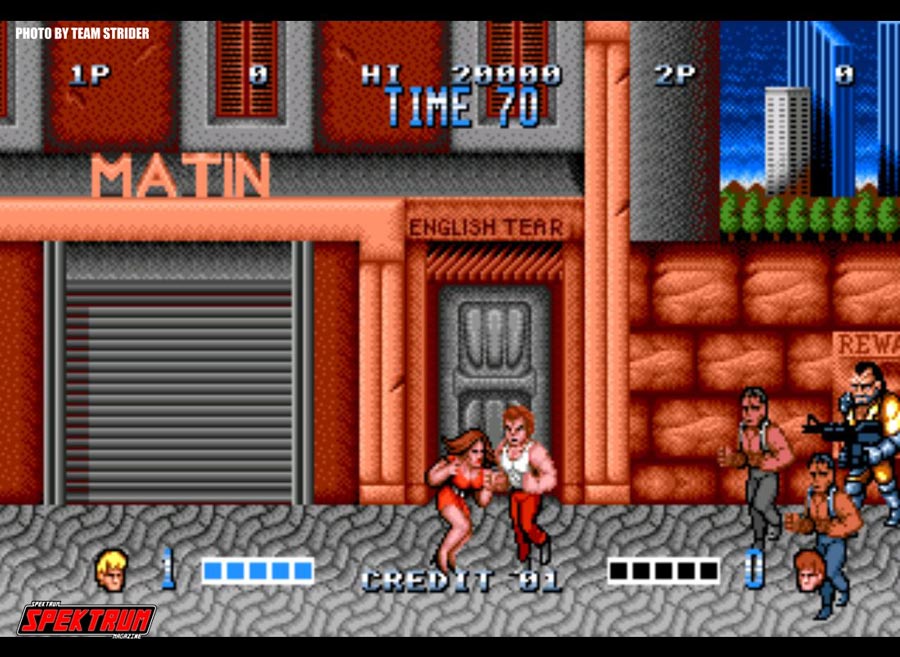 Double Dragon stars Billy and Jimmy Lee, both brothers and all around bad asses and chronicles their adventure from the back alley of their shop to the headquarters of a criminal enterprise. Back in the early days of gaming there wasn’t so much a need for intricate story lines or epic overtones and that’s why this game is so great. This game starts with one of the shortest intros and best setups in video game history. Billy’s girlfriend stands in the back alley of his shop and gets a swift uppercut to the stomach by a gang member that then carries her away. That’s it! There is no explanation as to why, or who these guys are. Why was she standing in the alley way by herself and why the hell did Billy now know what was going on? Well, in the golden era of gaming, one didn’t ask such questions, and while the game story wasn’t the Iliad, it sure did a bang up job in kicking off this crazy tale of revenge.

You and your brother them walk out to the alley after hearing this commotion and then proceed to kick the ass of everyone in your way. So, in other words, this all starts because of a girl. Which is the way many revenge tales and world wars start. Women make men crazy, and this quest to find the fair maiden would be a real case in point. No face is too pretty and no bone is too good for you to smash them to bits. You travel from city to warehouse to several other zones pounding away at faces and busting limbs at every opportunity. The cause is too great to worry about the finer details. Fortunately for the player and unlike most games that had been released until then, this game would let you pick up the weapons of your foes. From baseball bats, to whips, to even knives, it was all at your disposal to cause maximum pain to your foes. The pleasure of beating your enemies mercilessly becomes that much more enjoyable with these weapons in your arsenal.

After this game was released, beat-Em-ups would never the same again. The overall look and the game mechanics would be copied by other games for many years to come. But, while that is interesting, the most surprising thing about Double Dragon was what the game presented players with at the end of the game. While most games were pretty straightforward, Double Dragon gave you a choice on how to beat your game. It was pretty shocking. You battle your way to the end of the game with your brother (Jimmy) to some twisted dungeon and to finally find your girlfriend. She’s hanging from the ceiling tied up and unable to escape. Not surprisingly though, she’s excited to see you there. So excited in fact, that she says that whoever wins in a fight to the death can win the opportunity to be with her. Yes, that’s it folks. Unlike most games, this one gave you the opportunity to fight the person sitting next to you for the chance to win the game.  Only by fighting your brother will you have the chance to be with Billy’s girlfriend. It was pretty shocking, and something that players (like myself) would have never expected.

Thus ends the first in a series of Double Dragon games by Taito. Fun, simple and giving players something to talk about. It really is what gaming is all about. I can still remember playing Double Dragon for the first time in the arcade and later on my Sega Master System back home. It was a lot of fun and something that sticks with you forever. In fact, I think it’s time to fire up Master System one more time and get to playing.

Copyright Disclaimer under section 107 of the Copyright Act 1976, allowance is made for “fair use” for purposes such as criticism, comment, news reporting, teaching, scholarship, education and research.

Fair use is a use permitted by copyright statute that might otherwise be infringing.

Non-profit, educational or personal use tips the balance in favor of fair use.

Noodles for Buns: Our trip to the The Original Ramen Burger

One of the shows I look forward to every year is the Miramar Air Show. Ever since I was a kid I can remember...