Noodles for Buns: Our trip to the The Original Ramen Burger 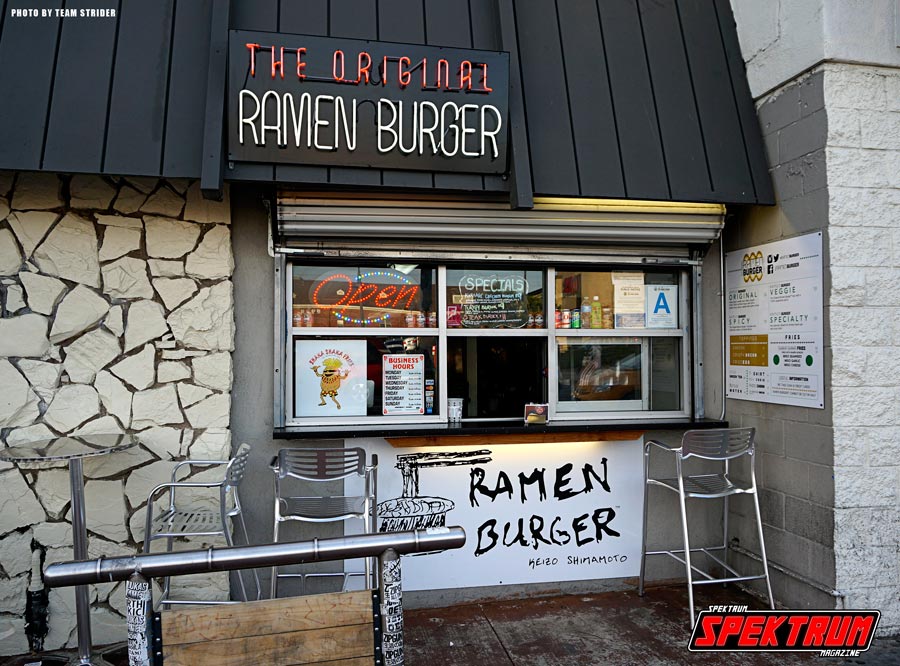 One of the best things about living in a major metropolitan center is having options. When it comes to food and you are really hungry, having the option to go out and try whatever you may be craving is a real treat . It may sound crazy, but, when you’re hungry, and all you have is a bottle of ketchup and some stale bread and it’s damn near close to midnight, you long for something good to eat. Los Angeles, like most big cities, is a melting pot of cultures and tastes. Because of that, you have a plethora of food at nearly every corner of the town. When you’re hungry and the options open up for you, sometimes you can find absolute gold. I was lucky enough to come across some gold on one of my random trips to LA. That gold just happened to come in the form of a ramen burger. And what a surprise that was.

Sometimes I may hear about a new restaurant or bar and I’ll be in the mood to try it out. When it comes to food, word of mouth means quite a bit to me, so, hearing about a new restaurant is always an exciting thing. Especially when the word of mouth is about a restaurant that may offer something that I have never tried before. So, when I was in LA for a photoshoot, I had the bright idea of trying out an infamous food spot that I happened to be near. This place was one that I had heard about in passing, and I was always curious to try. This one day I was on a mission to try some donuts from a spot in Koreatown named California Donuts (in case you missed it, I have written my experiences of that location in a previous article). Parking in LA is always a nightmare, and so, if you have been to California Donuts, you would know that there is hardly a chance to find any parking in front of that place. So, one of the only places I could think of going to park was a Ralph’s supermarket down the street. While the walk from there to California Donuts was a bit of a distance, there was a pleasant surprise that I ran across. While crossing Vermont St I happened to come across a small restaurant. Well, I don’t know if i should even call it a restaurant. It was what you would call a ‘hole in the wall’. The place was called ‘The Original Ramen Burger’.

I was stunned when I found The (Original) Ramen Burger. I mean, I had heard of the Original Ramen Burger several times before, but, not for one second did I think that I was going to find it. Well, not on accident anyways. Seeing it took me aback for a second. Ever since I had heard of the idea of a ramen burger I was intrigued. How the idea of using noodles shaped into a bun to use as a bun is just pure genius. I don’t think that I could have come up with the idea in a million years. But, it just sounded so bonkers that it could work. I may have gone to that area for a donut, but, I was damn sure I was going to get a ramen burger today! 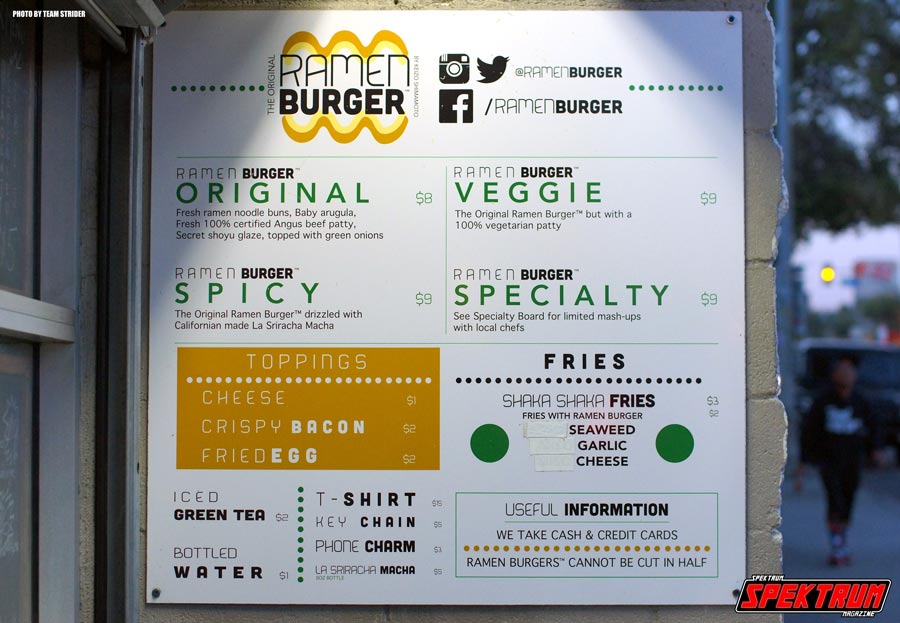 If you hadn’t seen the Ramen Burger before while passing by, I can totally see why. It’s location is described as a ‘brick and mortar’, but, I would say it’s more like a ‘hole in the wall’. The location is a small window off the side of the adjacent Lock and Key Bar. Even though it is small, the reputation that’s come from that little location is enormous. But, what kinds of items do they serve at The Original Ramen Burger (besides the obvious of course)? According to the menu, they have the original Ramen Burger, the Ramen Burger Spicy (the same as the original but the meat has been drizzled with a sauce called La Sriracha Macha) and the Ramen Burger Veggie. With those you have a choice of toppings and french fries to go with your burger. The choices, while not extensive, are really meant to compliment each other, and I can honestly say that having tried a few of those, the combinations of flavors are great. The seasoning and simplistic approach to the menu was a welcome sight. All too often simple food items can lose their focus when ingredients can become overwhelming. Burgers can become drowned in the overcomplication of its vision, and thus the meal as a whole can suffer from it. Just imagine a pizza with too many ingredients. After a while too much of a good thing can ruin it. But, thankfully, that isn’t the case here at the Ramen Burger. 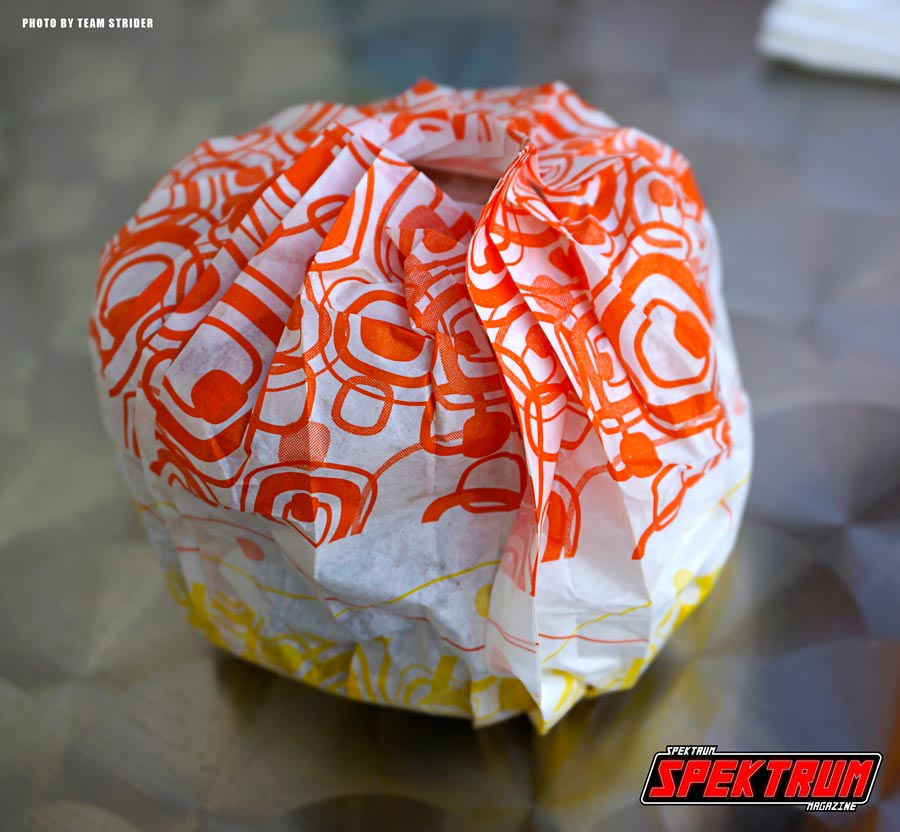 The wrapper the Ramen Burger comes in. Super Kawaii!! 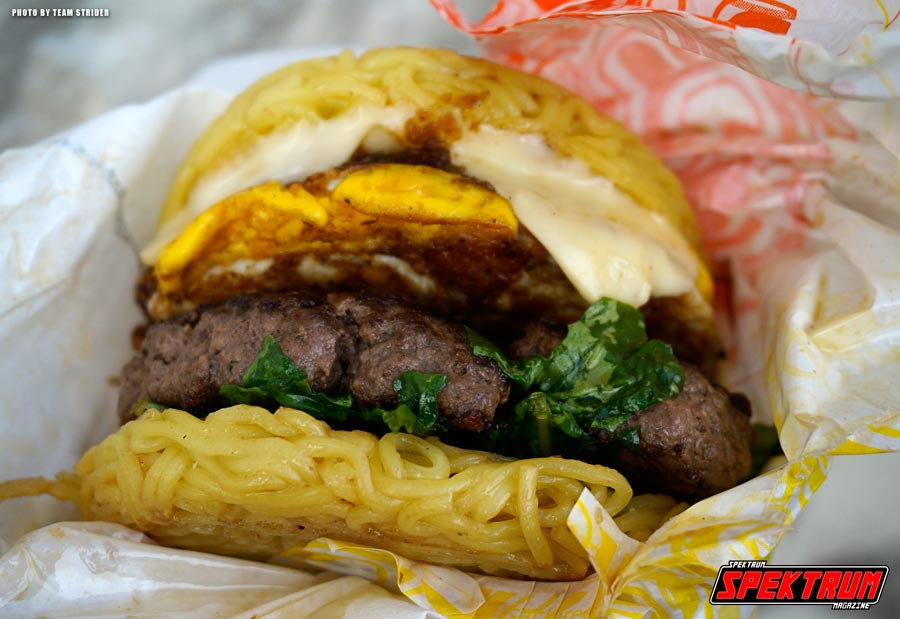 The Original Ramen Burger in all it’s glory

The meat is perfectly seasoned, juicy and cooked just right. I normally order my burgers medium, and sometimes the burgers can come out under or overcooked. This one (well from both times I had gone there) was on point. The toppings for the Original that I ordered consisted of swiss, lettuce and a fried egg on top. But, the kicker and real reason I had to try everything was the ramen bun. It may look odd, but, the way that it is shaped and slightly-fried makes this bun right at home on top of the other ingredients. The burger is slightly messier than a regular bun (partly due to the fact that that ramen bun can’t absorb the juices as well as a regular bread one), but, it seems to add to the experience. I think that is what makes this burger unlike any others I had tried before. That experience. From that very first bite, you can feel the texture of the noodles on your tongue as well as the juice from the burger gushing out from the meat and down your hands. It is messy, but, oh lord is it phenomenal. The combination of textures is what messes with your head. You know the flavors by themselves, but, put them together in this package and you have pure food bliss. To compliment the burger I got a bag of ‘Shaka Shaka Fries’ with some garlic seasoning. While I nearly burned myself diving into the bag (not a bad thing, they just happened to make these fries just as I had ordered them, so, they were fresh as can be), this was another feast of flavors. Superbly crunchy with just a light dusting of garlic seasoning, these fries paired up well with the burger. I definitely recommend those on the side. 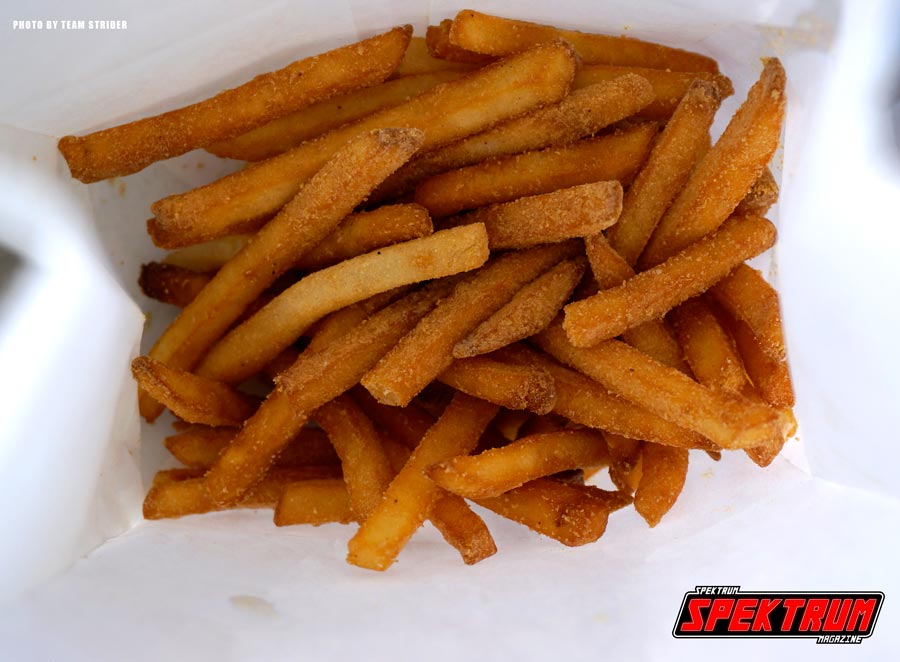 As amazing as that first experience was though, it was even better a second time around. That second time I decided to try the Spicy Ramen Burger. If life couldn’t have gotten any better that first time around, this was even a more enjoyable kick in the pants. With more of the same burger from before, this one was topped with their famous ‘La Sriracha Macha’ sauce. Sriracha in and of itself is a delicious spicy and sweet sauce from Thailand. This version though, is made by a local Los Angeles company and is a fusion of both the original Thai and Mexican flavors. It is delicious on its own, and putting it on top of the Ramen Burger is a match made in heaven. Given that the burger has very little in the way of sweetness, this adds a whole dimension to it. Couple that with those same tasty fries from before, and you have a tasty flavor bonanza. I’m pretty sure people walking by were looking at me funny wondering why my eyes were rolling back as I ate. That’s called pure ecstasy folks, and this place has it in spades. 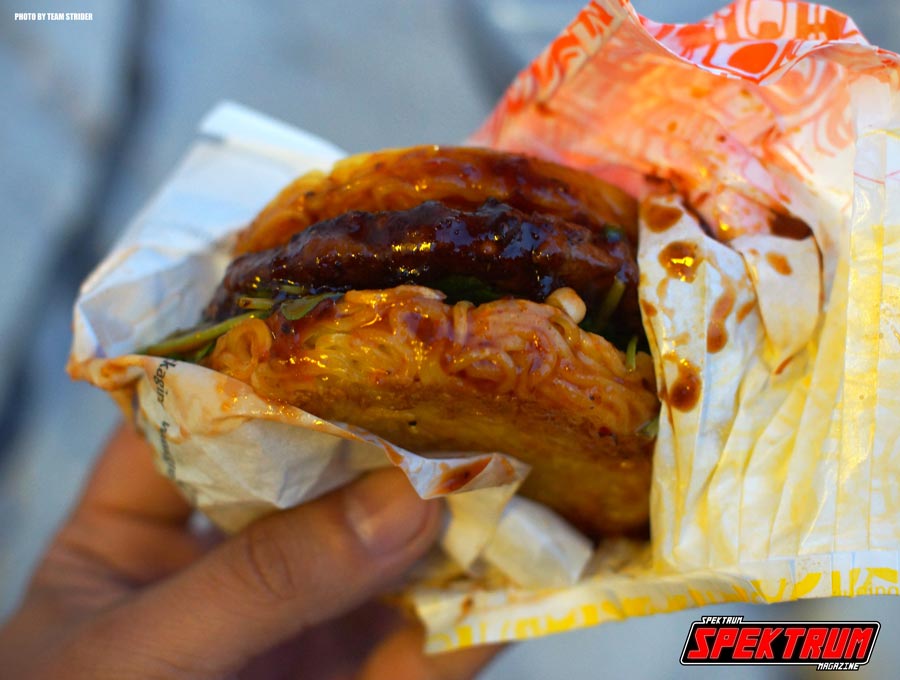 That first bite into the Spicy Ramen Burger. Pure bliss!

I’m pretty sure by now you can tell that I am pretty enamored with this place. With the surprising amount of flavors coming from such a small place, it’s easy to overlook it. Unless you stop at the location or hear of it from word of mouth (or even Yelp for that matter), you can quickly pass this place up. But, one taste of the food coming from that place is enough to send a person’s head spinning. Perhaps that’s the reason that this location is no longer open. While I can sit here and praise this place and the food, the sad fact is, that as of the writing of this article, The Original Ramen Burger has shut down. How messed up is that? I build you up all this time only to cut you down at the knees. But, fear not. While this is a debacle that make one go crazy, the truth is, that this location has closed its doors for good, only to be reincarnated at another (more larger) location in the future. While I am suffering from ramen burger withdrawls, I know that i’ll have the opportunity to see the Ramen Burger at festivals until that time comes. One that will satisfy the fat kid in me indefinitely and one that I hunger for. Who knows what else Chef and owner Keizo Shimamoto will unleash on Angelino crowds in the near future. If it’s any indication of what he has done before, we are sure to be in for a real treat.

For more information on The Original Ramen Burger, check out their website at http://www.ramenburger.com 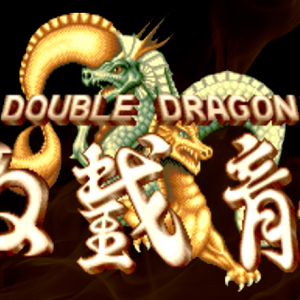 Back in the 80's arcade games were coming out at a rate that would make ones head spin. Back then games didn't...