Checking Out Hollywood’s Newest Films at the Hollyshorts Festival

Hollywood is an interesting place. It is a place that is unlike any other place in California. California is a land of transplants, and everywhere that you go, there is sure to be someone that has come from somewhere else. It doesn’t matter what industry it may be, but, talent from all over the globe has come here. With the promise of success and improving one’s self, there lies opportunity for anyone willing to seek it out. I can guarantee that in no place is this more apparent than in Hollywood. Hollywood is a place that you can go to on any given day and time and be sure to find excitement. At every turn you are bound to run into someone that is somehow connected to the film industry. Walking along Hollywood Blvd, Sunset or even Santa Monica is sure to assault your senses with images of film and television. Actors, actresses, writers, directors, producers, artists, and visionaries all come to Hollywood in pursuit of the dream of making it big. Each one of these folks are working hard to make their dreams a reality. Just like in any industry though, you may hear about the big projects, but, you don’t always hear about every project. Sometimes, there are films that are produced that you and I won’t see in the average theater, but, they feature some of the top talent in Hollywood. Enter the Holly Shorts Film Festival. A place where feature film makers can bring their talent together and showcase their work. And, compete for the chance to win money and in their respective categories.

The Holly Shorts Festival is an event that is catered towards the budding film maker. If there is someone out there ready to showcase their directing, acting or even producer prowess, then this is the place to be. It takes place in Hollywood of course, and at the iconic Grauman’s Chinese Theater. This year marked the first time that we would be checking this show out. I didn’t know what to expect (as we had not been to this event before), but, with some notable stars on the guest list, we were sure it was going to be fun. Besides, any opportunity to talk to another artist is always something that we enjoy. Needless to say, our journey to the show was as exciting as the red carpet event itself.

I always enjoy walking along Hollywood Blvd. The crazy cast of characters sprinkled throughout the city adds some spice to an already crowded complex showcase of the movie world. Street performers lure pedestrians at every opportunity, and all over the place you can see evidence of the movie business going on. I remember that day seeing the Little Foot premier happening on my way to the event. That was just one of the many things that you’re likely to see if you’re around Hollywood for any length of time.

I was excited to check out this event, and by the smiles on everyone’s face, so were they. In this series of images you can see just some of the incredible talent that we came across that day. From the presence of the always beautiful Nathalie Emmanuel to the suave charisma of Jesse Bradford, it was awesome to see everyone having such a good time. The only bummer for us that day was not being able to check out any of the films. Perhaps next time we’ll be able to see them in the setting that they were meant to be shown on, on the big screen. Kudos to all of the winners and to everyone who participated in this event. These short films are being produced in a way that encourages creativity and a higher rate of taking chances. This well of creativity is perfectly on display and we hope that everyone with a passion for film can share in the delight that these talented film makers have created. Hopefully, someone reading this with aspirations of producing their own movie can use this festival as a showcase for their work. I know I am as excited talking about it as I was experiencing it. Hopefully, you will be too. So, make sure to check out these talented individuals and the work that they were a part of this year. 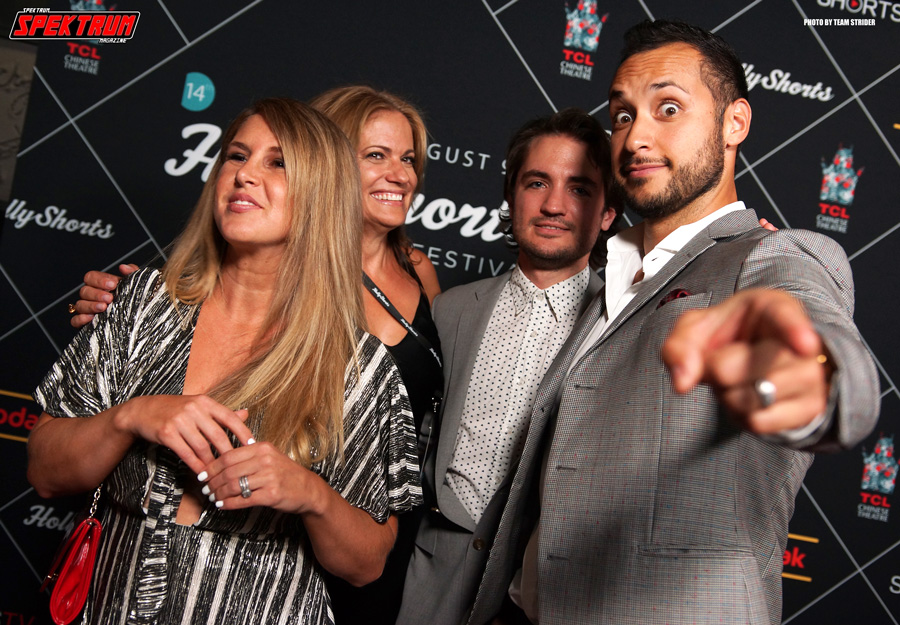 Are you ready for HollyShorts!? Jalyne Moore, Britt Logan, Tyler Winther and fried sure are! 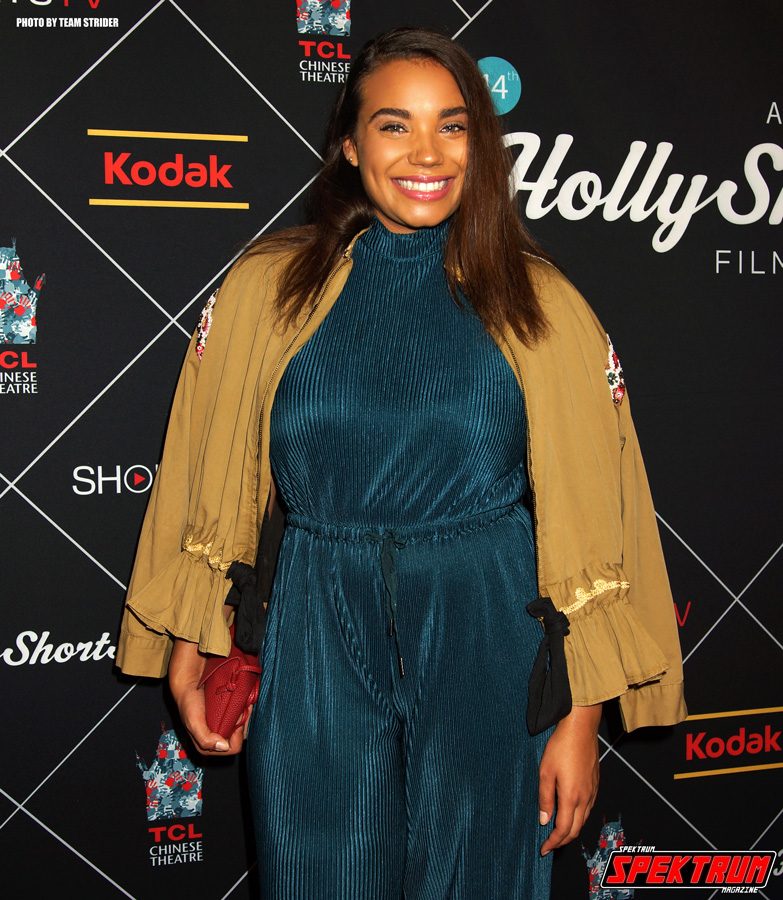 Actress and Writer Samantha Tanner shines on the red carpet 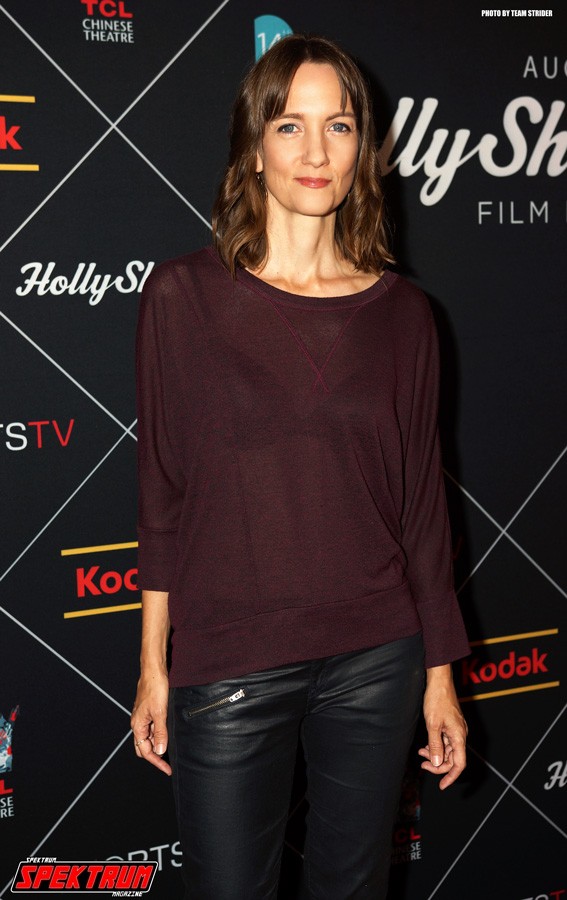 Lisa Renee on the red carpet 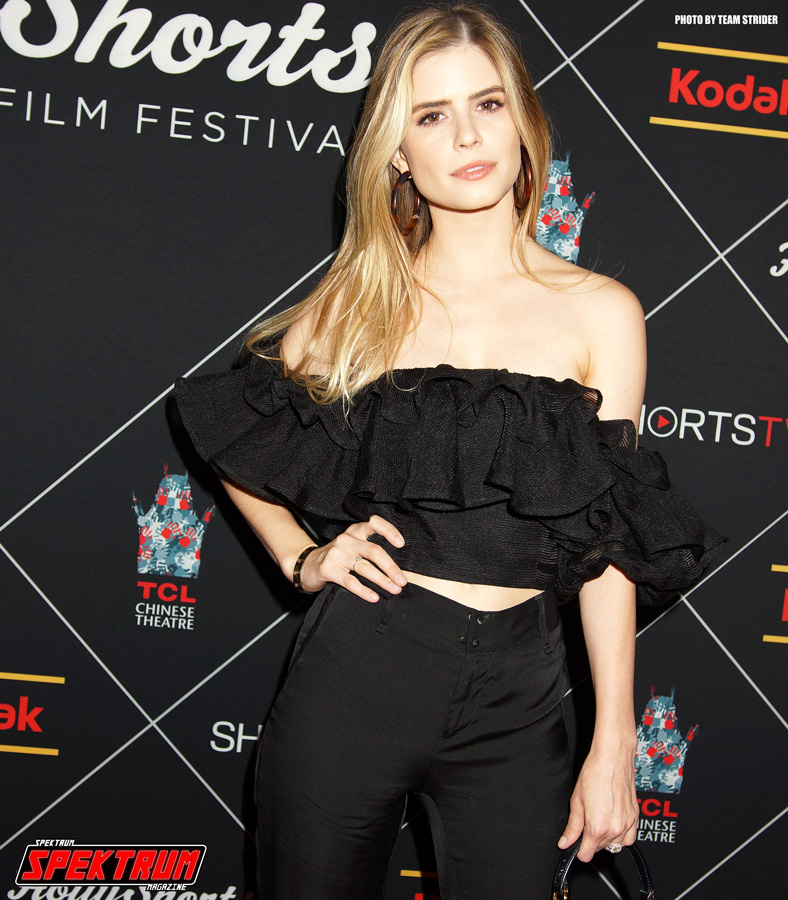 Could they be any cuter? Daniel Sol and family smile on the red carpet 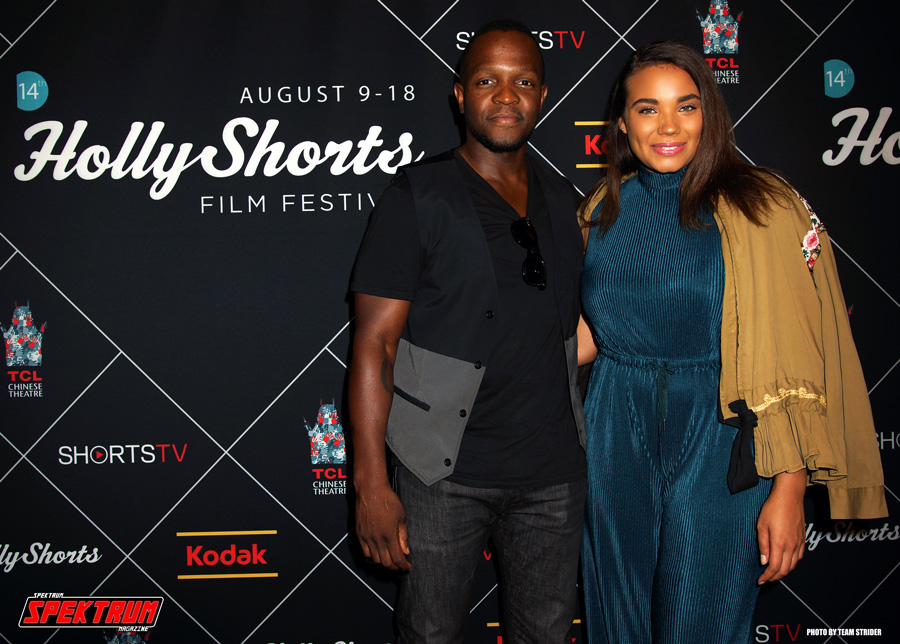 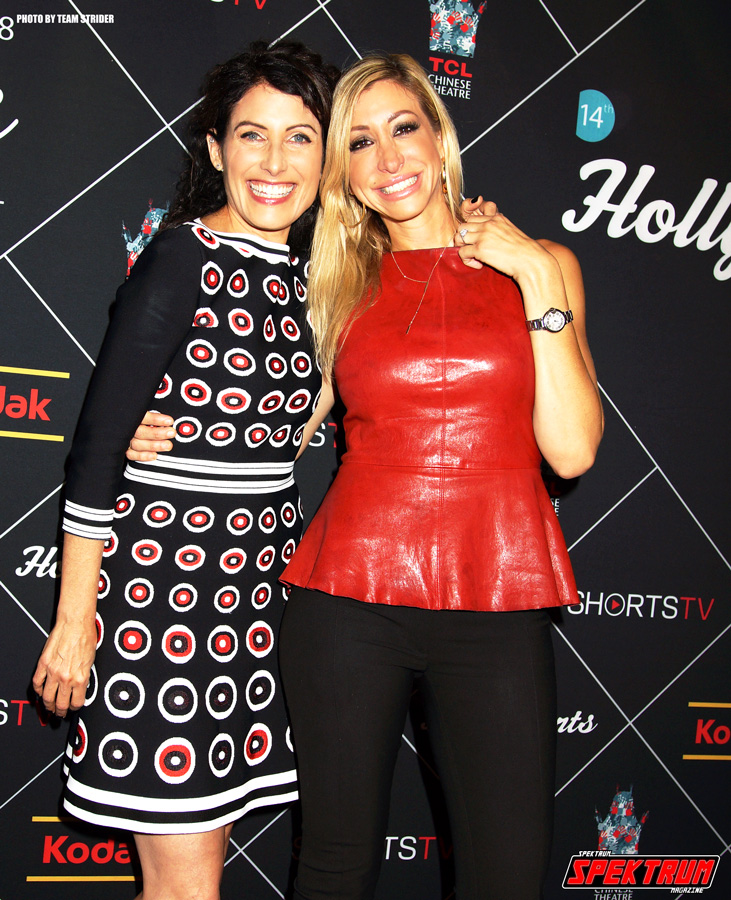 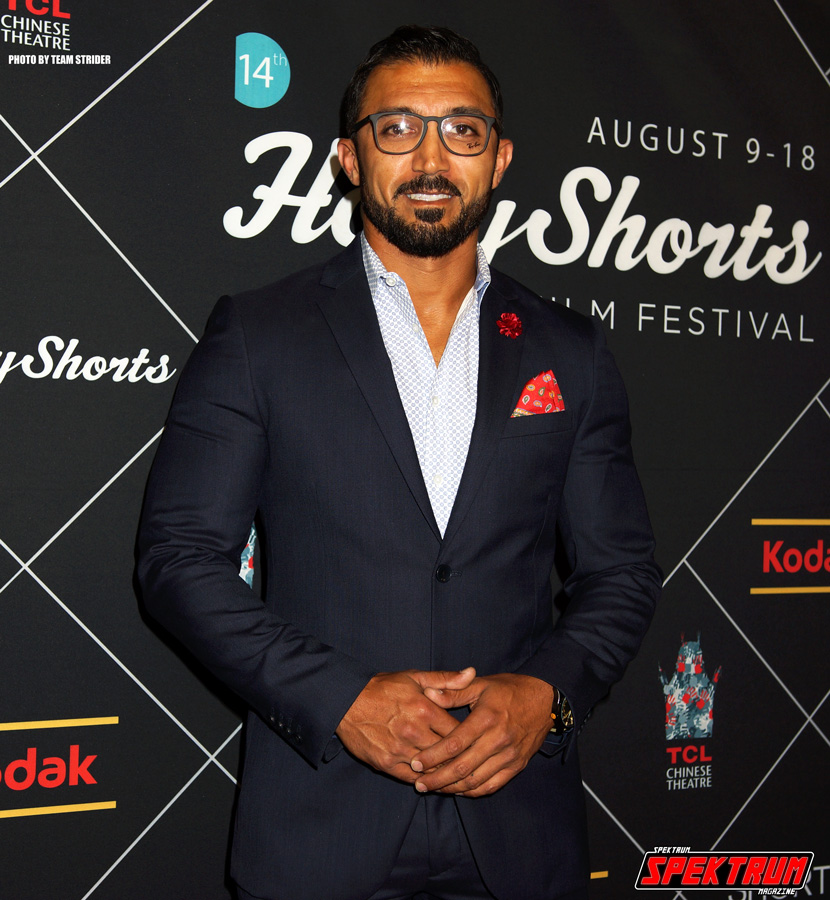 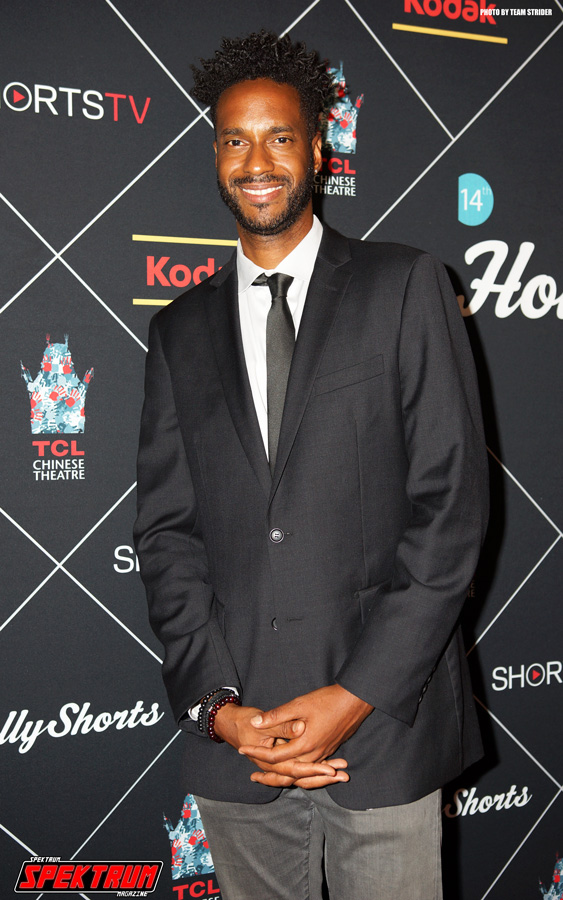 One more shot of actress Kayli Tran on the red carpet 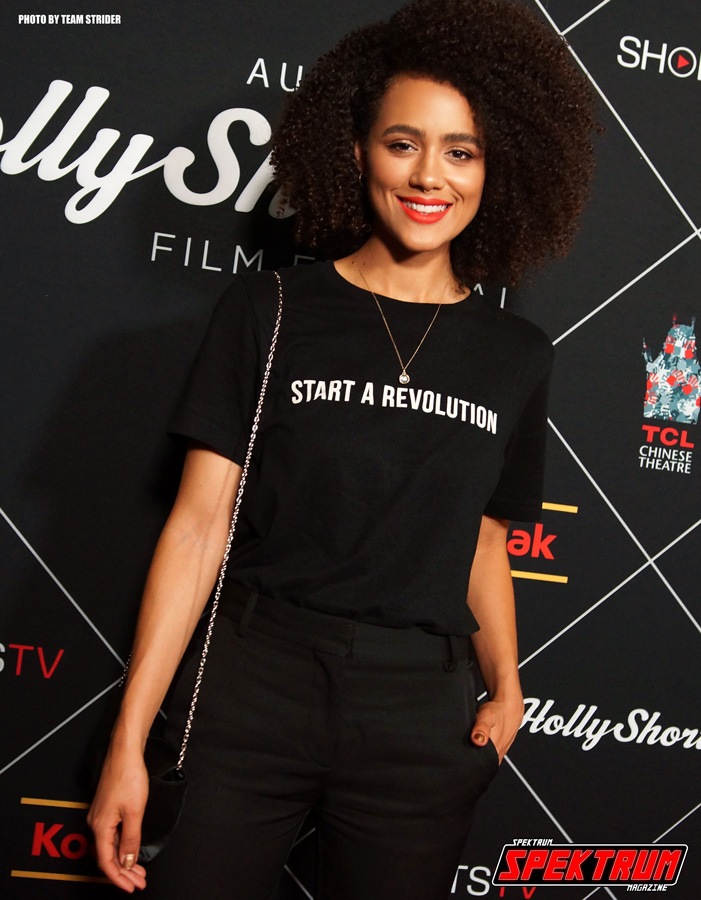 One more shot of actress Nathalie Emmanuel from the red carpet 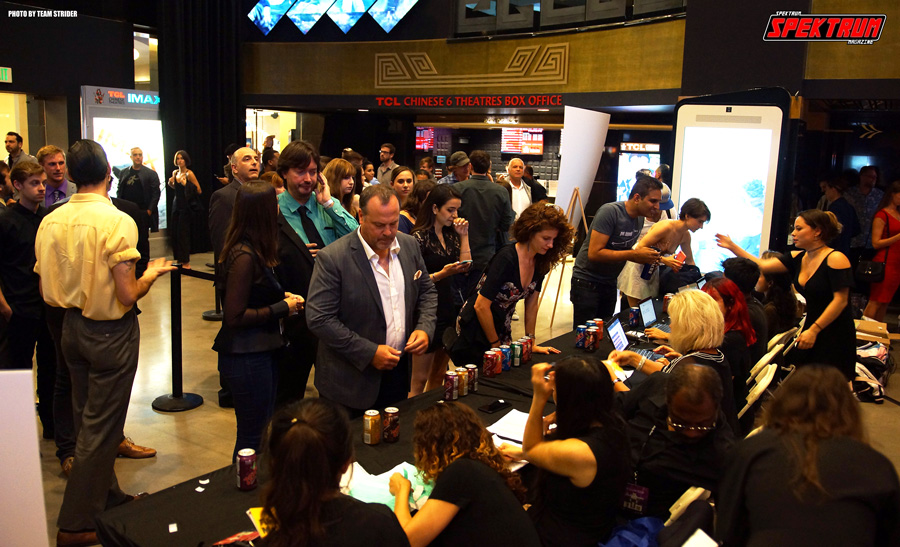 Checking out the registration booth at HollyShorts 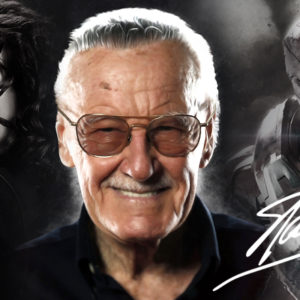 I remember when I was in elementary school, I received a gift that would have a profound influence on me. It was 1990...