The world of vaping has undergone a rapid transformation in the last few years. In fact, event in this last year, there have been a number of changes to the scene that we would have never anticipated. Vaping is a scene that I never really knew about, but had always been intrigued about. I was never a smoker but seeing e-cigarettes show up all over the place was amazing. The scene exploded, and seemingly overnight there were vape shops all over the place. It was pretty crazy, and I  knew right then and there that this was going to be even bigger than anyone could imagine. In fact, that’s exactly what happened. Vaping not only took the US by storm, but, much of the world. Those places that haven’t gotten as much of it yet are starting to get it a lot more. Smoking is worldwide, and hasn’t really had any competition to its business. Being an alternative to smoking, vaping is something that is that a lot of people have latched on to, and none more other than this generation. For the first time in a long time, the tobacco industry has found a huge competitor to its business, and no one more than the current generation has wanted an alternative to it. So, after being introduced to the world, vaping has come out of the gate swinging, and in its wake, has created an industry unlike anything I’ve ever seen. But, the one that exists now isn’t the same show we visited a few months ago. What happened?

Earlier this year we attended the ECC (Electronic Cigarette Expo) in Ontario (California). I went to the show with our team members Brandon, Gee and Steve. It was the first time that we had ever been to a vape convention and we didn’t know what to expect. I mean, of course there was going to be a lot of vape products on display, and we knew that some of our team members were going to be there (some of our models were there working with a few other companies). But, what we didn’t expect was what the atmosphere was going to be like. Walking into the show was a bit of a shock. Sure it was a vape expo, but, seeing smoke billowing through every corner of the building is crazy. There was so much smoke in the halls that it made me wonder if the organizers had disabled the smoke detectors in order to let the show go on. While it is pretty crazy to see, you wouldn’t think it’s dangerous because of all of the scents in the air. Yeah, the biggest difference between vaping and tobacco (besides how both of them work), is the scent that they give off. Unlike the smell of tobacco that is given off (which people either like or don’t), vaping is open to any smell that the creators want to put in it. So, you can have pretty normal scents/flavors like apple, orange and strawberry, the limit on what flavors you can create for vaping is limitless. I’ve seen such flavors such as cinnamon toast crunch, banana nut bread, Dutch apple pie, crazy coconut and psycho unicorn. Yes, all of those do exist, and some of them were even on display at this show. The names of the juices were one of my favorite parts of the show actually.

I have to admit, I didn’t know very much about the scene walking in. But, being a curious person, I figured the best way to learn was to ask questions. After all, these vendors weren’t just here to cater to the average person, they were also here to make connections and find potential distributors. In fact, many of the vendors we spoke to that day were more than happy to fill us in on their products. That was great for a newbie like me, as I had a lot of questions for them. But, some of the most fun I had that day was talking to some of the people that were working at the booths. We had a lot of fun not just learning about vaping, but, how they got into the scene (and how they ended up here at the show). It was great, and a big reason to go to the show.

In fact, this was the one thing that stayed the same from when we came a few months ago. There were a lot of new people at this past show (and a few familiar faces), but, something just felt different. I couldn’t quite put my finger on it, but, while the vibe and everything felt very similar, there was something that was a lot different than that last time. It took me a while, but, I eventually figured it out. It all came ahead when I asked one of the vendors what had happened to some of the other vendors that we had seen the last time. Apparently, since the last show, there had been some changes to the law and the usage of any cartoon characters had been banned. This was a shock to me. Well, at least it should have been. If you’ve seen any of the ads taking on vaping, then you know that there has been a serious effort to try and undermine the tactics that they were using to advertise. If you’re a 90’s kid like me, then you’ll remember the same thing happened to big tobacco when lawmakers went after Camel for using Joe Camel. Maybe one day I’ll write about that era and what it was like back then, but, this change really reminded me of what happened then. Needless to say, unlike this last time, some companies like Joey Vape, Cardinal Vape and Social Lizard were completely gone. Regulations had come down hard, and now, just like any business, it was all about that cheddar.

While this show had a different look to it compared to our last outing, it was by no means worse. It looks like there is still a lot of creativity behind the companies that do exist, and the people that are a part of this world are just as passionate about their craft as they were before. While it isn’t as cute as it was (in regards to cartoon characters), it has gotten a little more beautiful. Never before have I seen so many wonderful and friendly models in one place. All of them having a great time and enjoying the company they were in. Maybe this is what I loved so much about this show. It was new to me, but never felt like a place I didn’t belong in. Credit to the organizers and people we met at the show. They made it more enjoyable than what we were anticipating. We’ll definitely be going to this next show and see what shenanigans we can get ourselves in to. We saw that one of the next location that ECC is heading to is Dubai. Yes, while we may think that vaping is uniquely American, it is indeed a worldwide phenomenon. After these last few shows here (in Cali), we’d love to make the trip out to these international shows. I’m sure we’d have just as much fun. 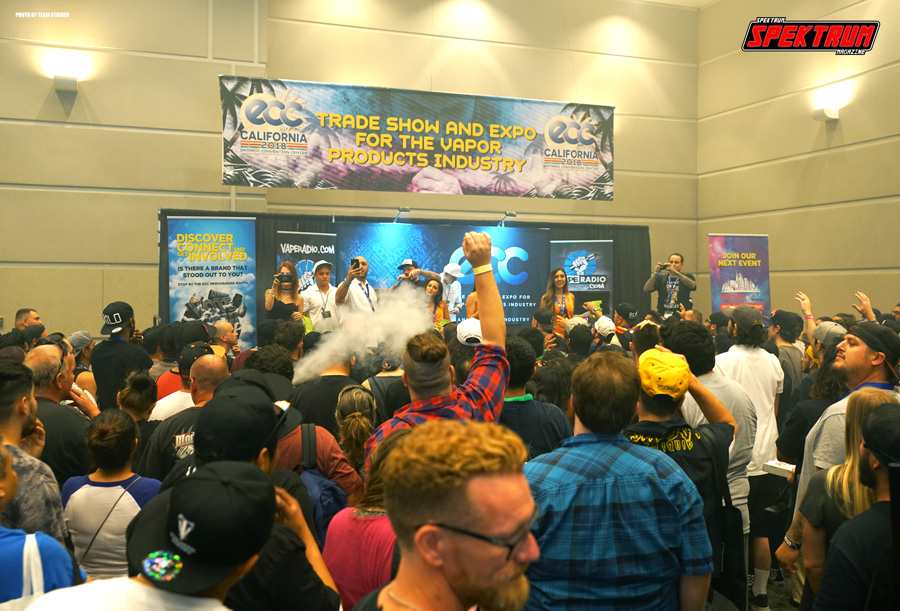 Checking out the stage at the ECC Expo 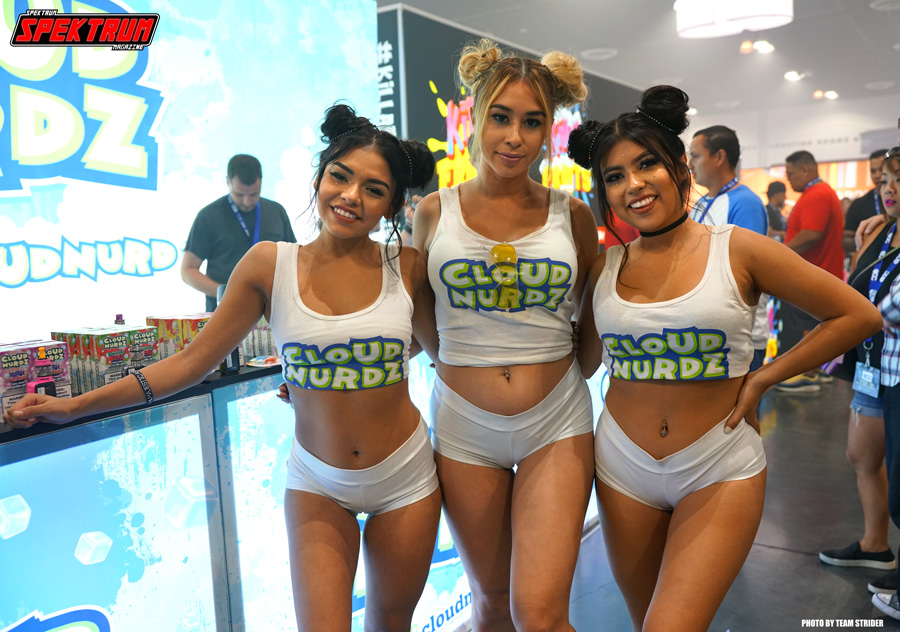 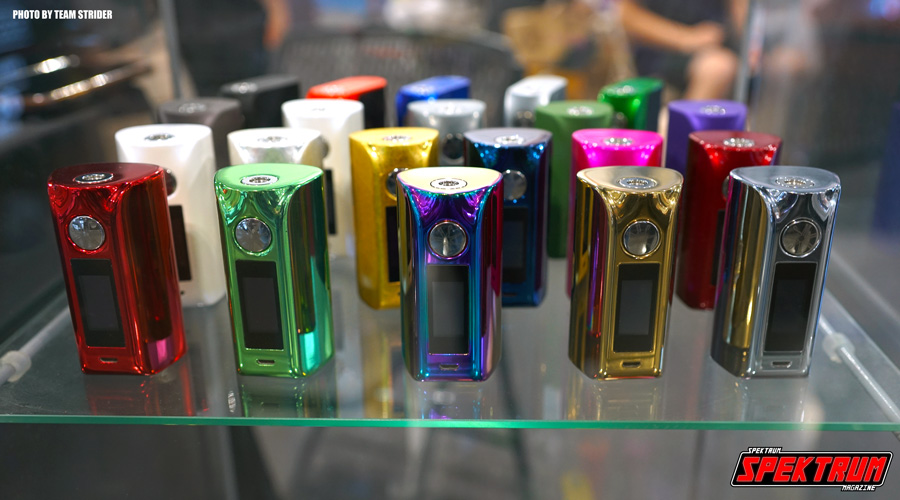 White Label Juice Co. letting some of their customers try out their products 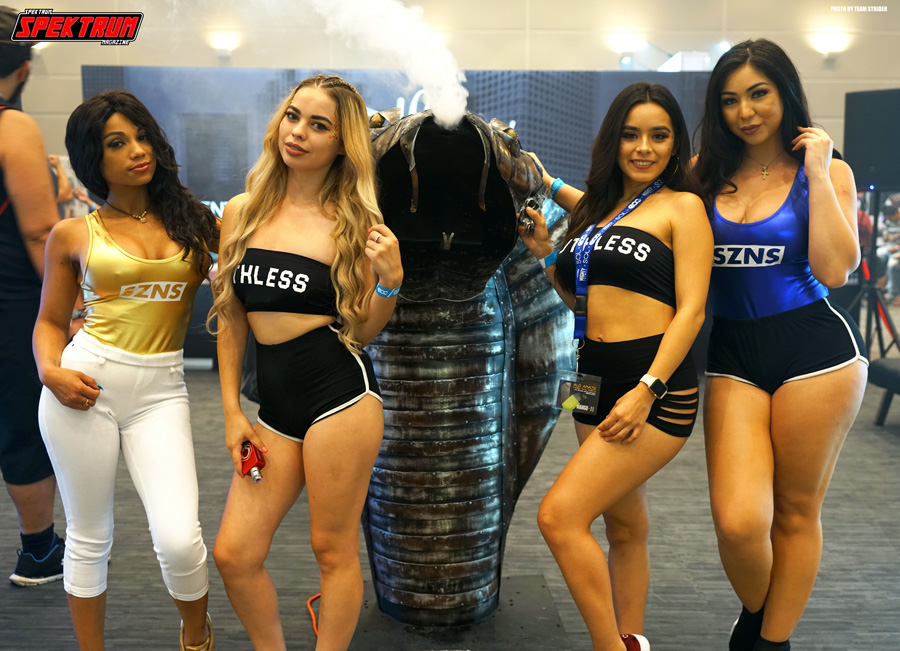 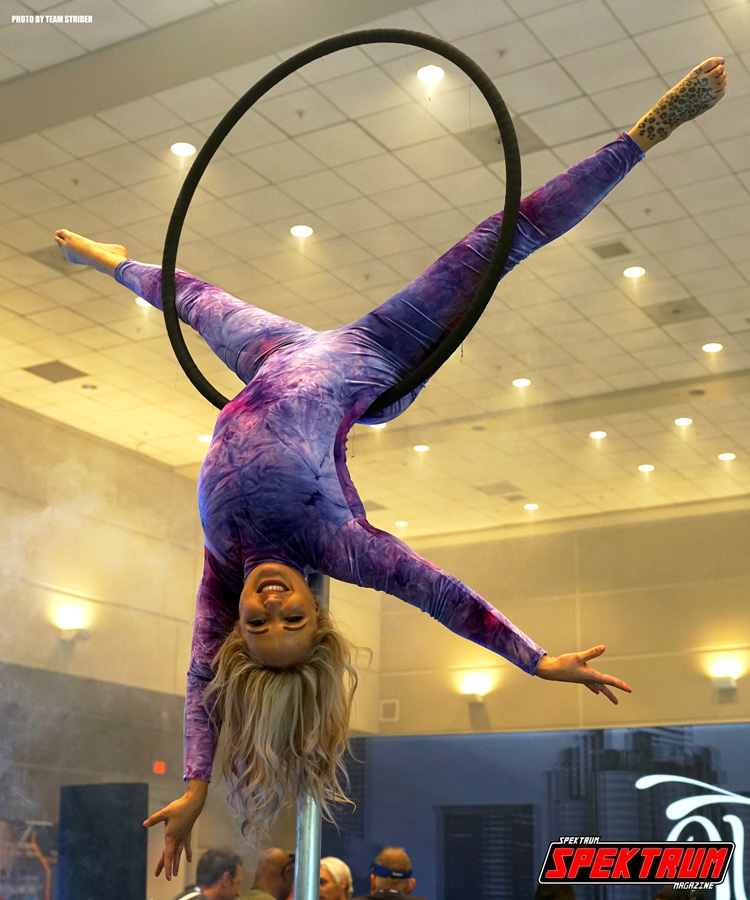 You never know what you’ll find at ECC (At Ruthless) 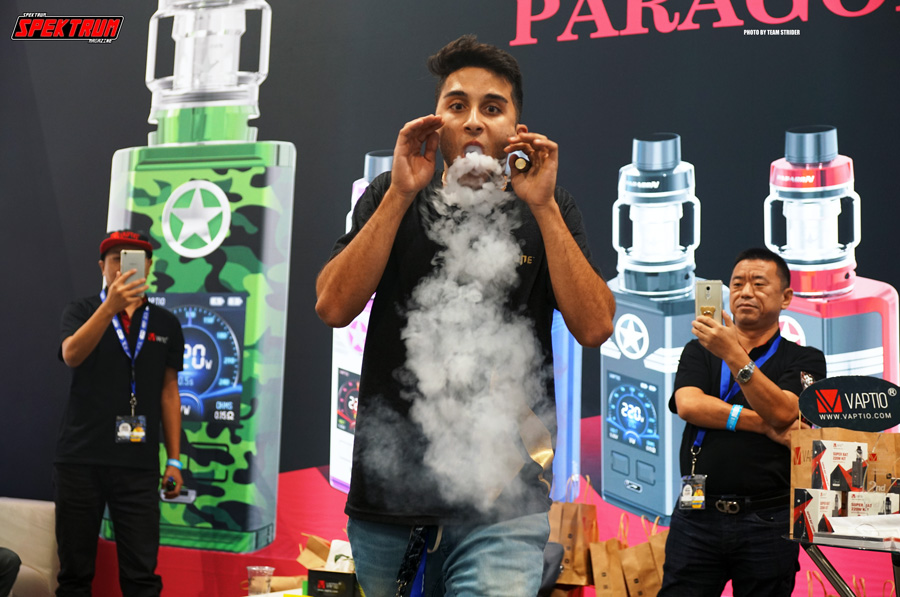 Up in smoke during the Vaptio vaping contest 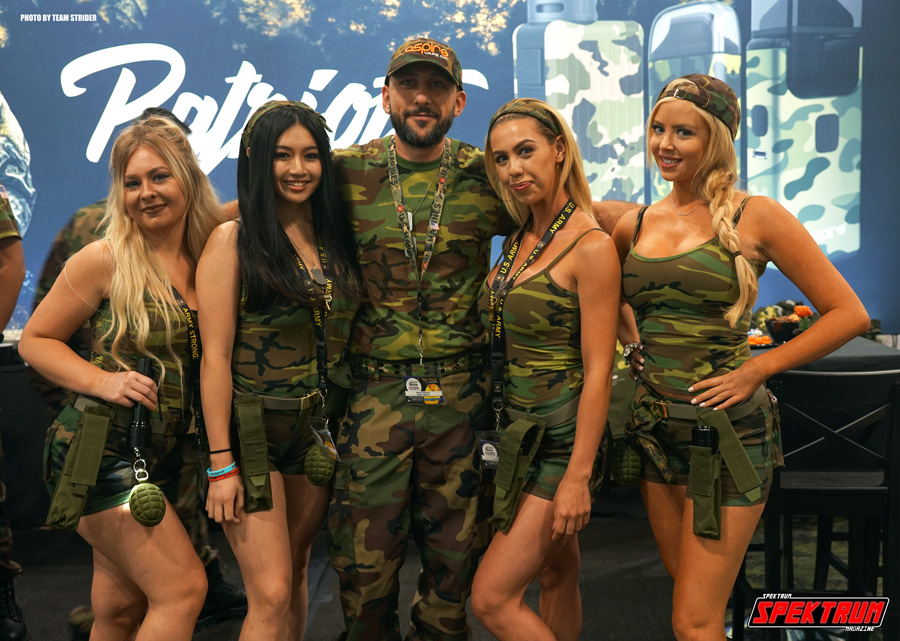 The Aspire Vape Company army at ECC. Lots of smiles 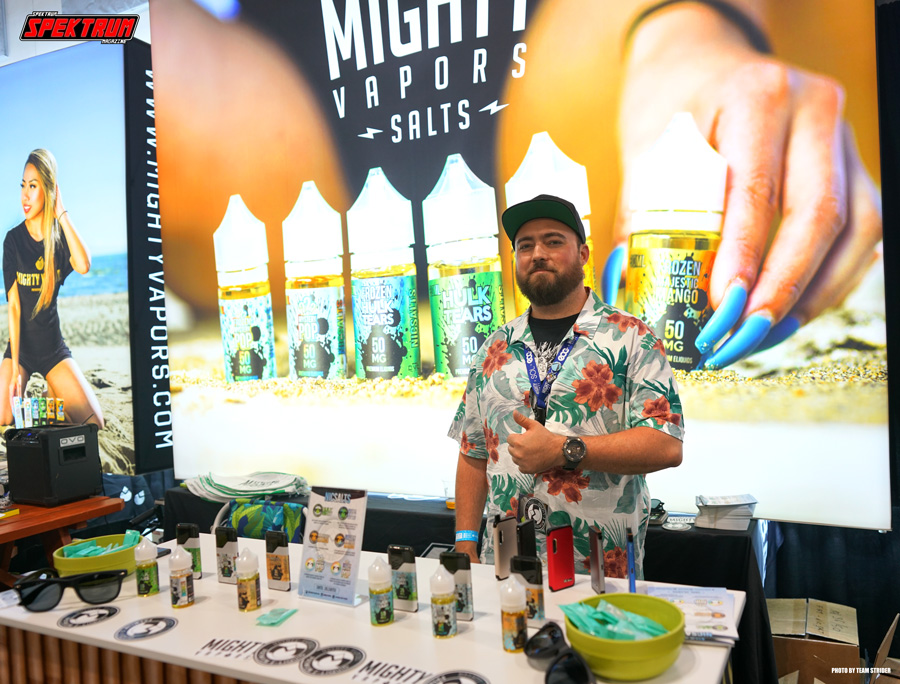 Our new friend at Mighty Vapors 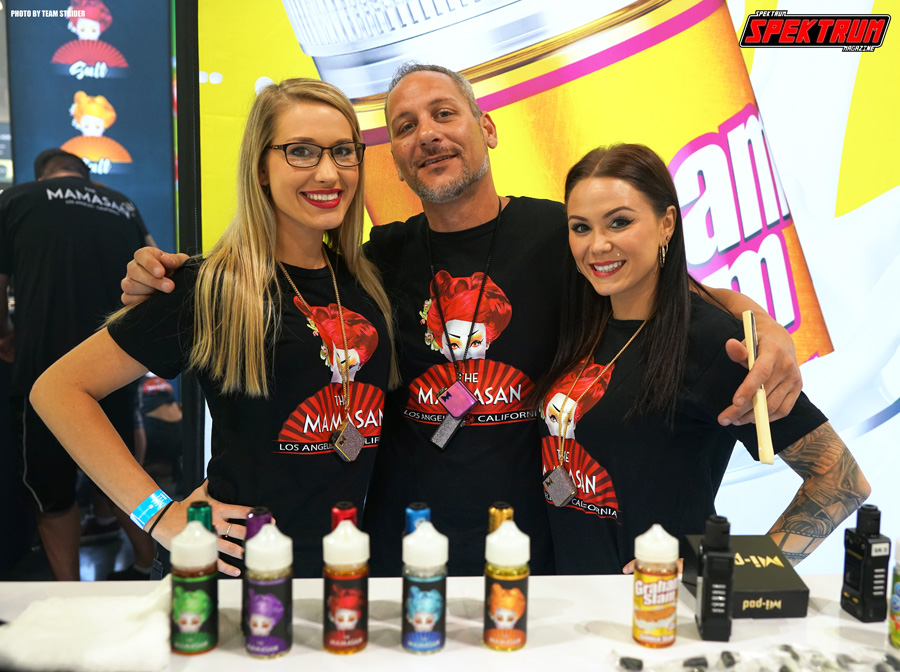 The wonderful cast at The Mamasan Vape 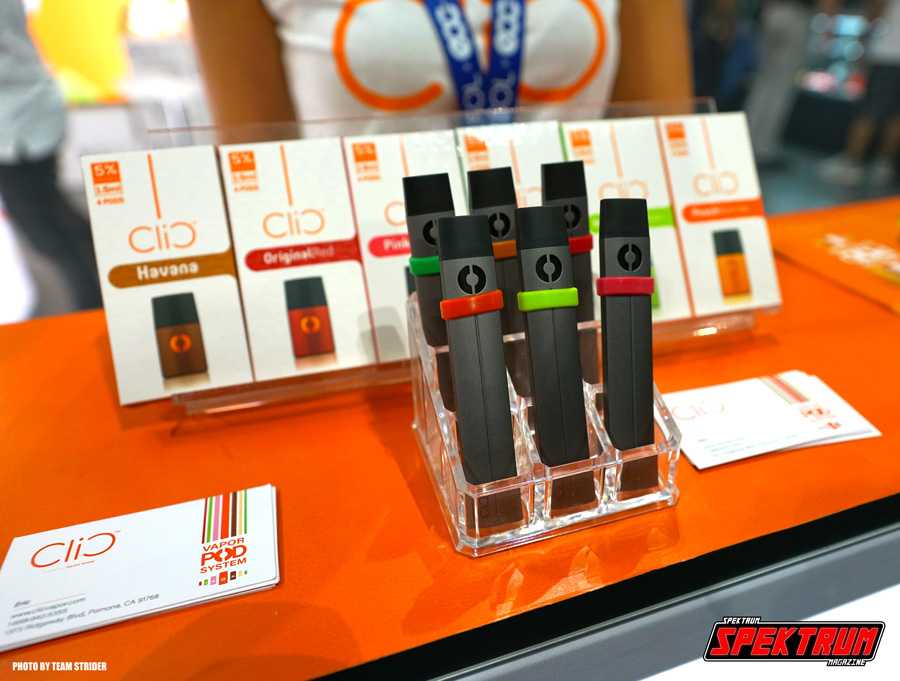 Our very own team member Hanna Ferraez at Savage Liquids 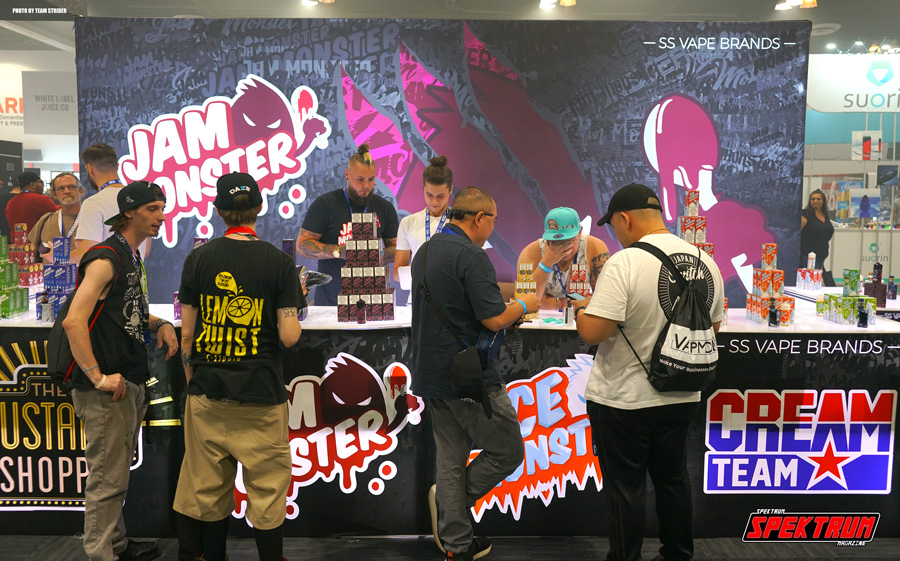 Some of the liquid companies from SS Vape Brands 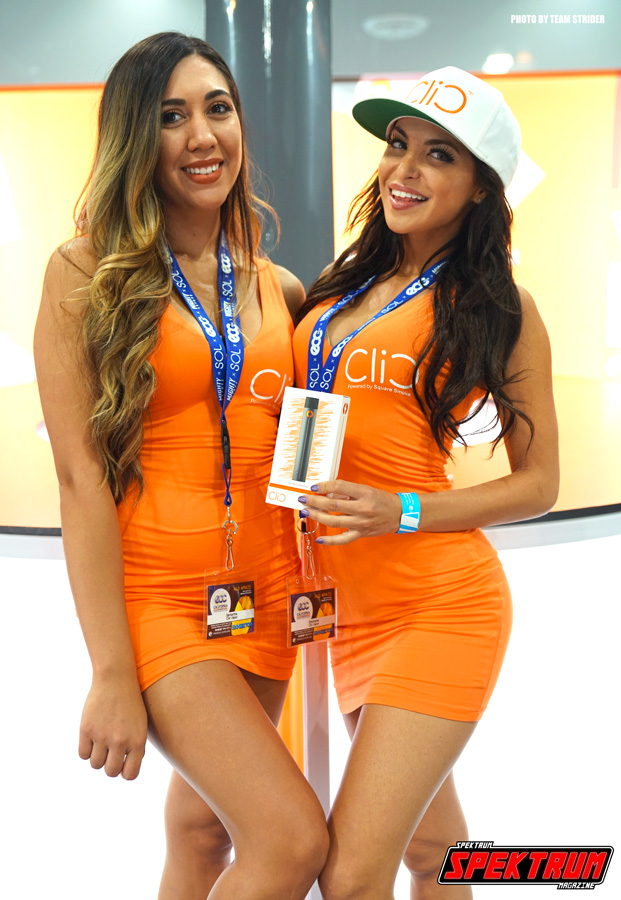 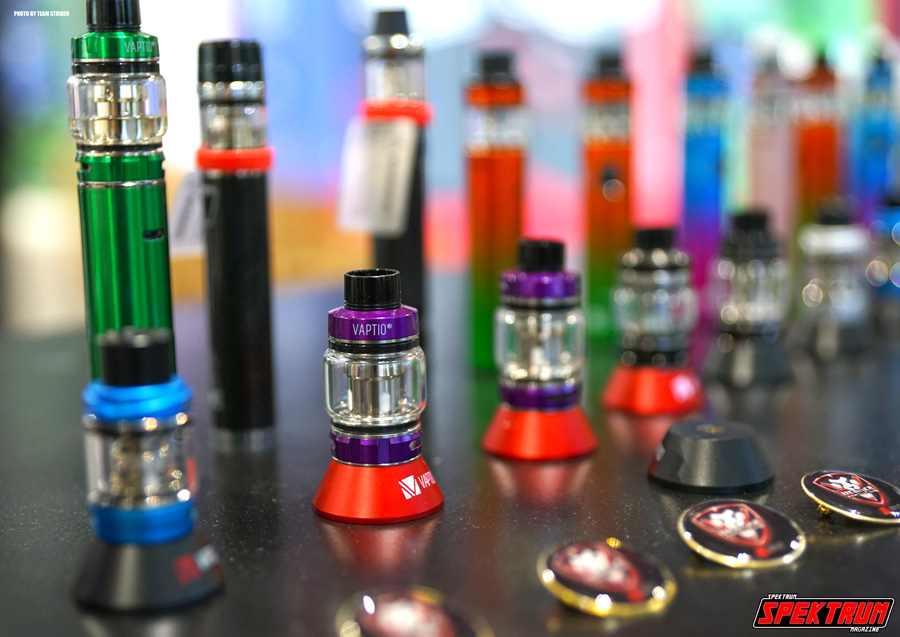 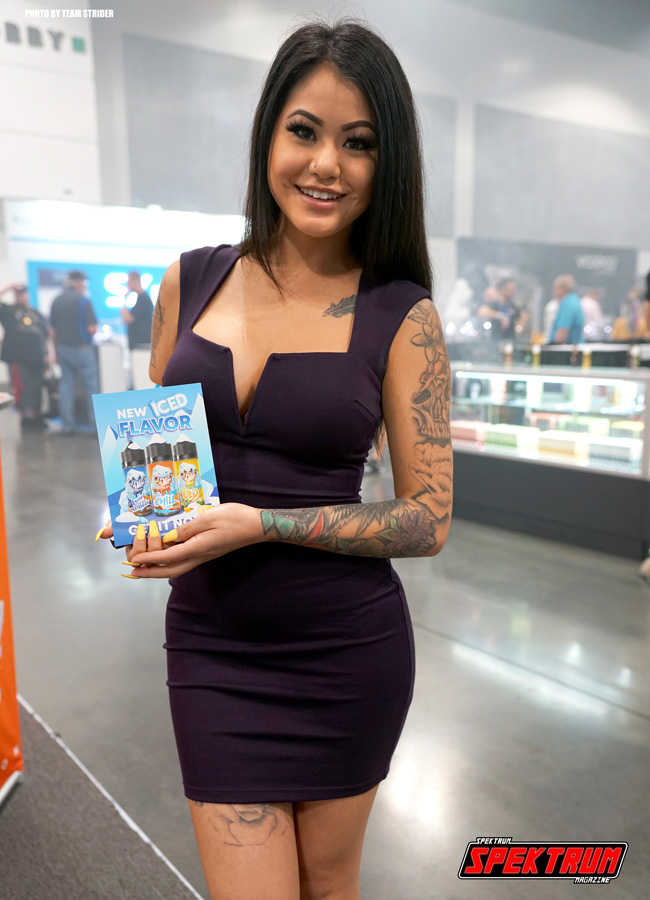 Promotional model looking beautiful in purple at the ECC Expo 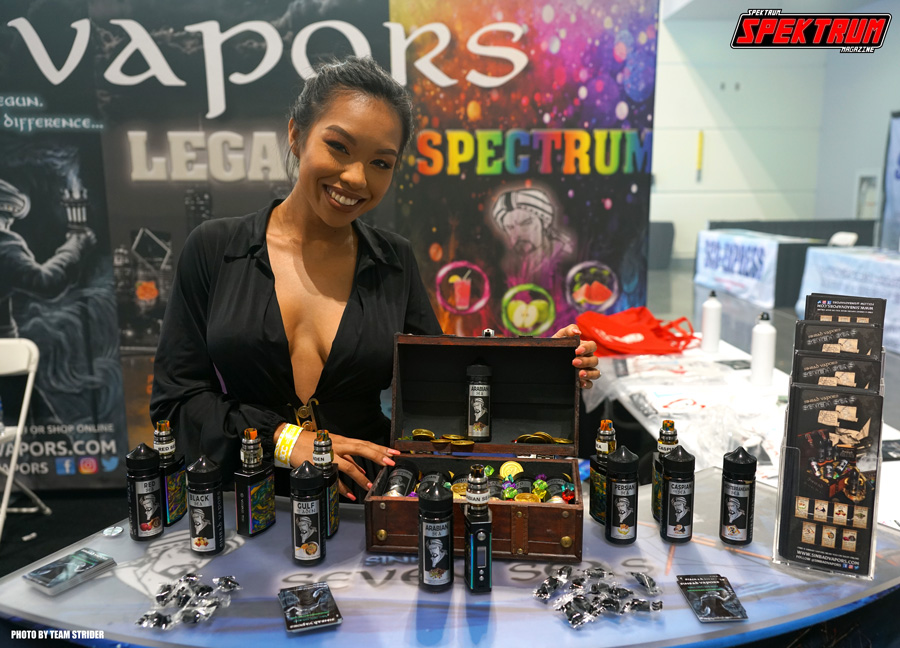 You can’t go wrong with the Seven Seas Vapors 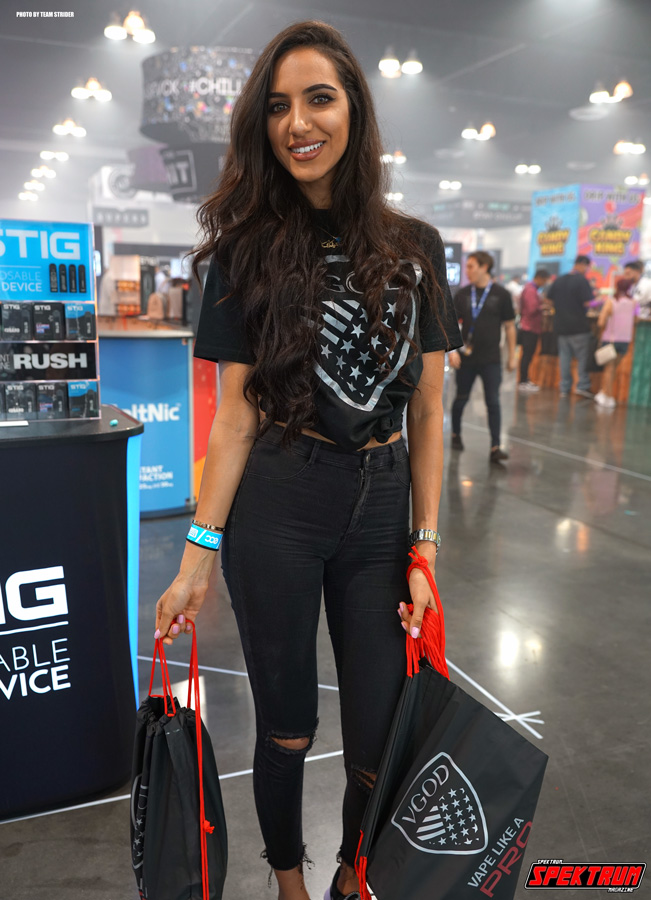 Model for Vape God that we met at the entrance to ECC. Isn’t she lovely? 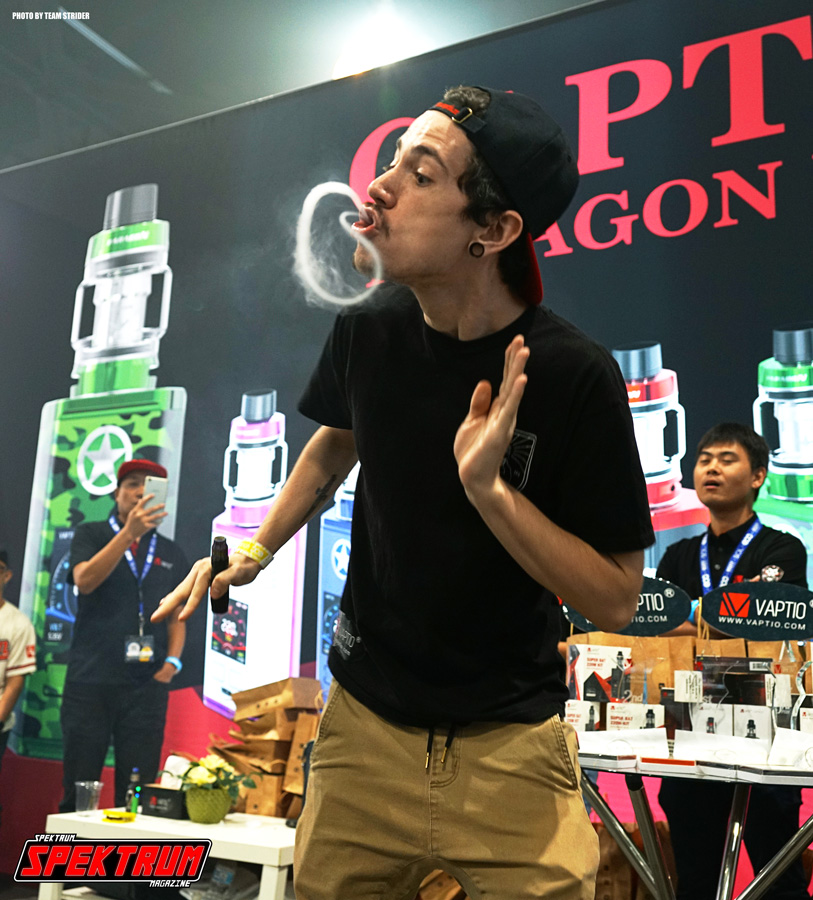 Blowing some rings at the Vaptio Vape Contest 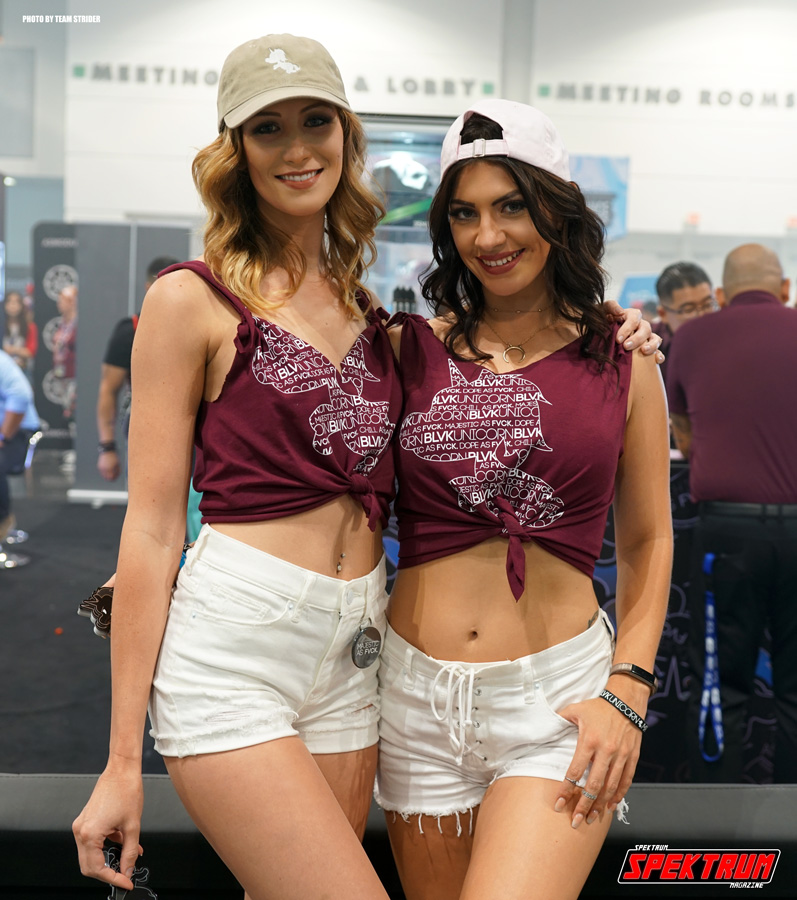 One Up Premium Liquids and their gorgeous spokesperson 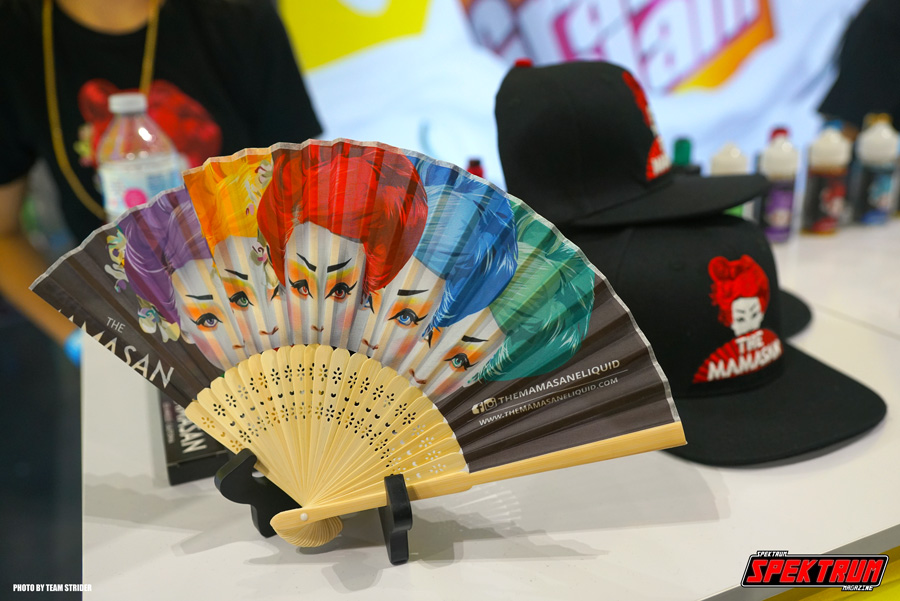 Totally digging the promo products from The Mamasan E-Liquid 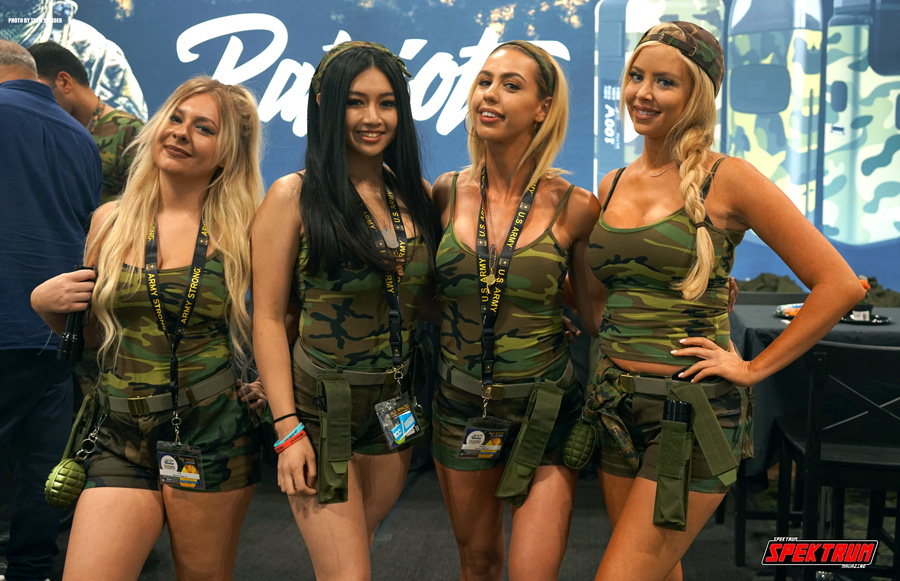 One more shot of the models from Aspire Vape 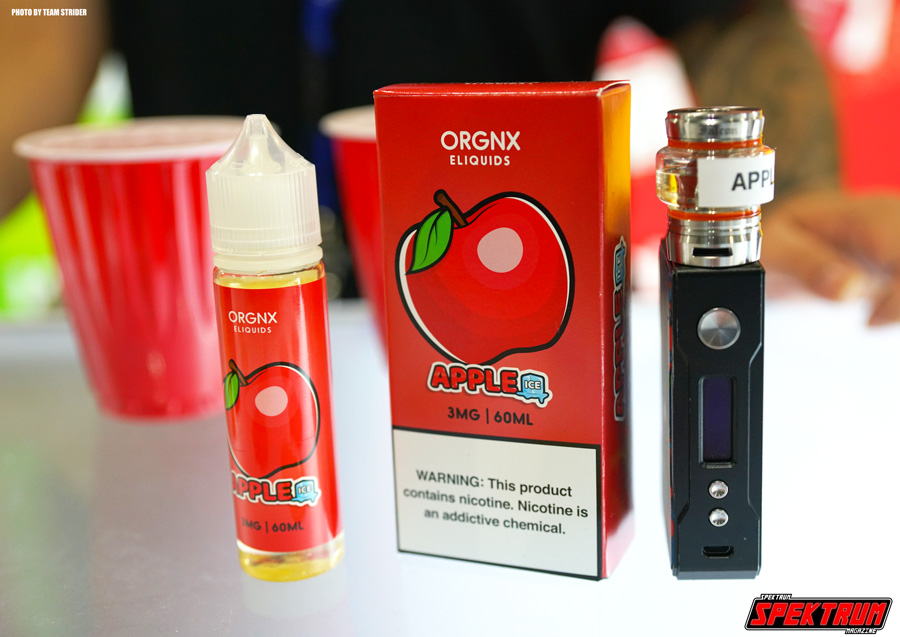 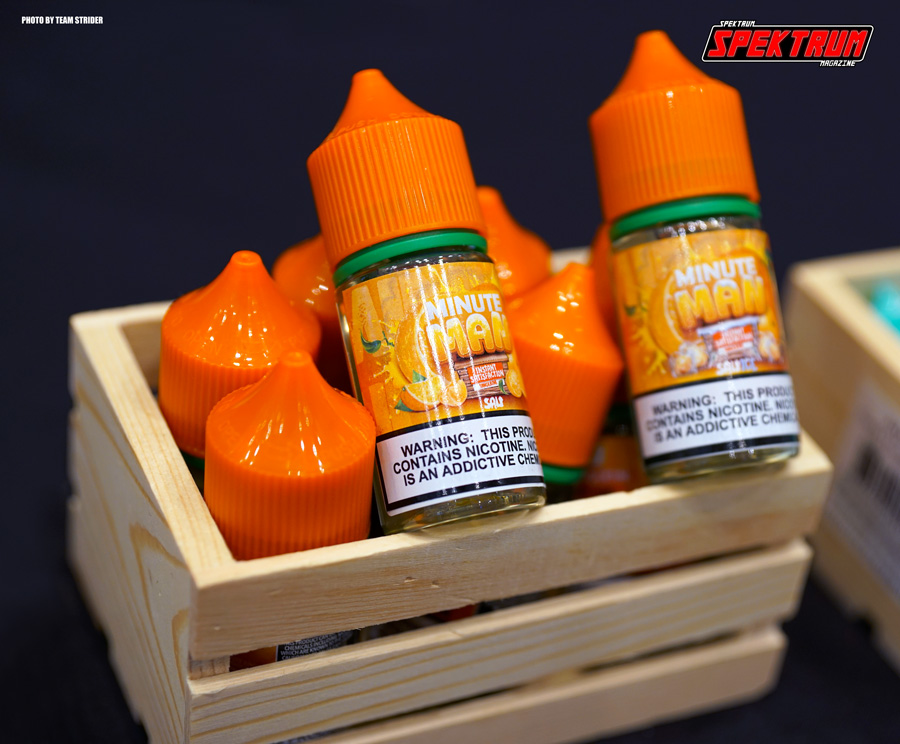 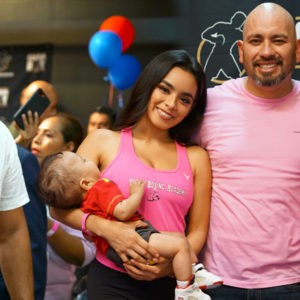 It's not every day that a celebrity comes to a small town boxing ring. While I'm sure it happens quite a bit in Hollywood,...