The skies over Chino, CA air fairly tame usually. Chino, located in Southern California is usually known for its vast swathes of farmland and acres upon acres of cattle, farm animals and the pungent smell of manure. If you’ve been there, you might have a clue as to what i’m talking about. No matter where you go, that smell follows you. Like a hot knife through butter it cuts through the sky like nothing else. If you’re not used to it, it’s pretty overwhelming. Nonetheless, even with all this madness going on within the borders of one city, there is one shining beacon. One sign that something special exists there. That, is the Chino Airport.

What’s so special about the Chino Airport you say? Well, unlike most airports, there are diamonds within every corner of that air field. Diamonds that were once common, but, now have been lost to time. Diamonds that are incredibly rare. These diamonds are indeed something special. The place is the Planes of Fame Museum and the aircraft that fill it are those rare gems. If you haven’t heard of this airport, then you are in for a real treat. This airport, in the most subtle of ways, is host to some of the rarest and most valuable aircraft the world over. Aircraft that span the Golden Age of flight and continue to the present. These steel beasts from an era long gone are in such rare form, that anyone privileged enough to see them would be most lucky. Once a year though, the public is lucky enough to be transported to an event that most don’t get to see. A world full of aircraft from World War II and more current. This ladies and gentleman, is something most amazing. 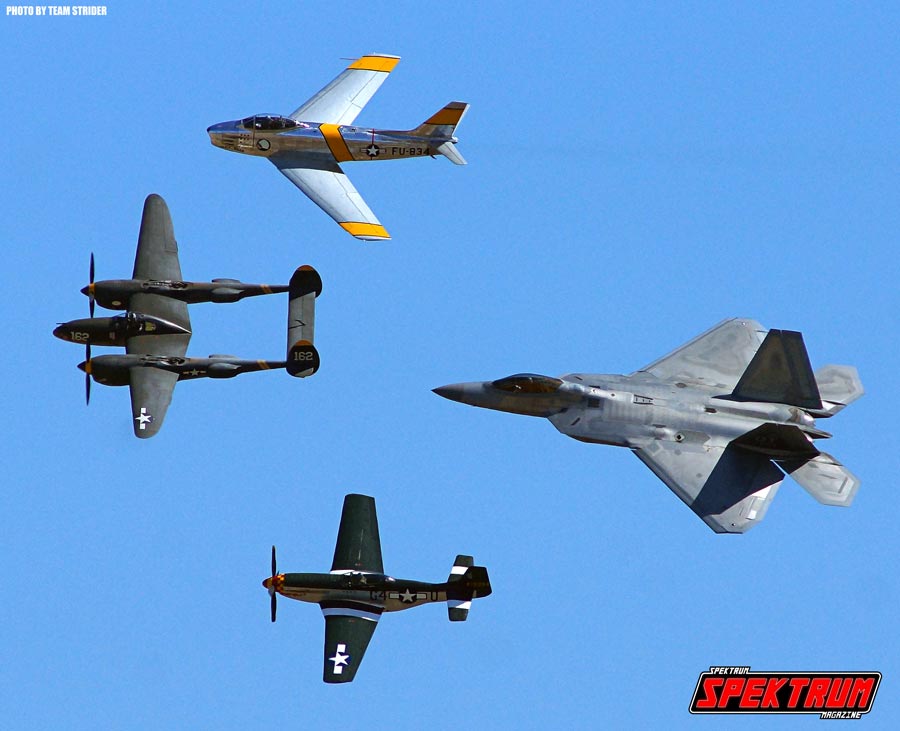 Planes of different generations do a flyby togeher in Chino

Once a year the skies of Chino clear up, and that smell of farms fades off into a far off oblivion. Smiles flood the flightline of the airport and planes taxi down the runway and beat the air. The skies roar with a wail of banshees yelling at their highest octave. It truly is a genuine experience. A literal wall of sensory overload for all those in attendance. But, what does this all mean? What could one possibly think would make this so special? Well, it’s hard to fully explain without rightfully setting up the scene.

Driving about 50 miles east of Los Angeles, we enter Chino. Not long after that, a short drive south brings us to the gates of a somewhat hidden airfield. I only say hidden, because if you would not head south, you wouldn’t even know that the air field exists. Hidden mostly, but, not this time of year. The time has come for this place to explode with excitement. Just driving up to the air show, i was stunned by seeing multitudes of World War II aircraft flying a pattern over the air field. Not only were they flying over the runway, but, they were flying extremely low. This is something that one doesn’t see too often. I knew then, that this show was special. 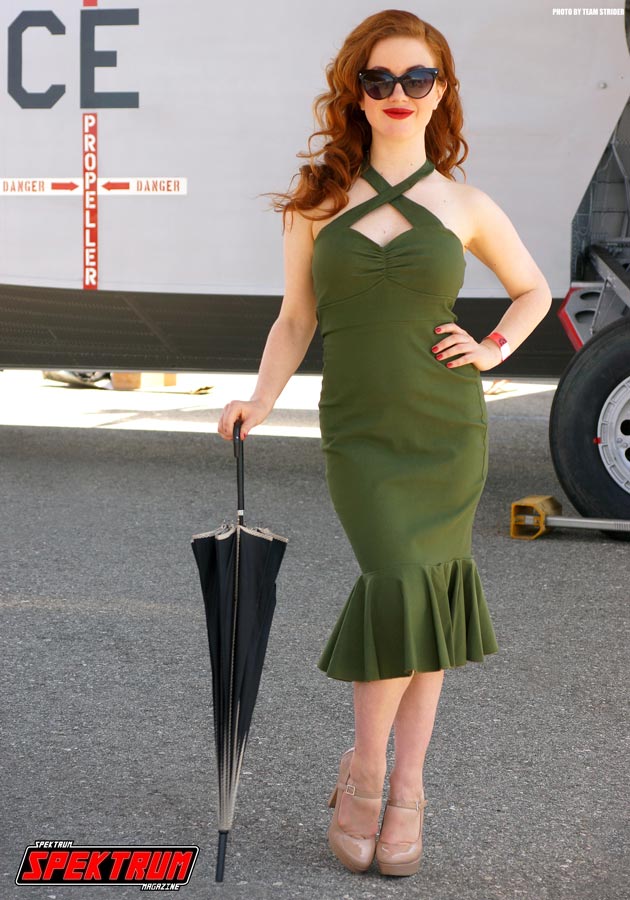 Beautiful model at the Planes of Fame Air Show

There is a purity in aircraft design that is never fully realized until it is seen flying. Just seeing something on paper or in pictures doesn’t do things justice. Aircraft are no different to this concept. Aircraft, like animals in the wild, are most beautiful in their element. Seeing a cheetah run across the African plains on the hunt of its prey is just as intense as seeing an Orca swim through the ocean. Graceful and beautiful, aircraft are the same. When you see them fly in the air, it’s almost like you are seeing a ballet. A form of symmetry if you will. Beautiful poetry in motion. Something that is not only the product of the pilot careening through the skies, but, the maintainers hustling to make take this symphony to its next crescendo. This air show, is this. This air show is beauty and symmetry, all rolled into a burrito of awesomeness and topped with testosterone cheese. This is the Planes of Fame Air Show. 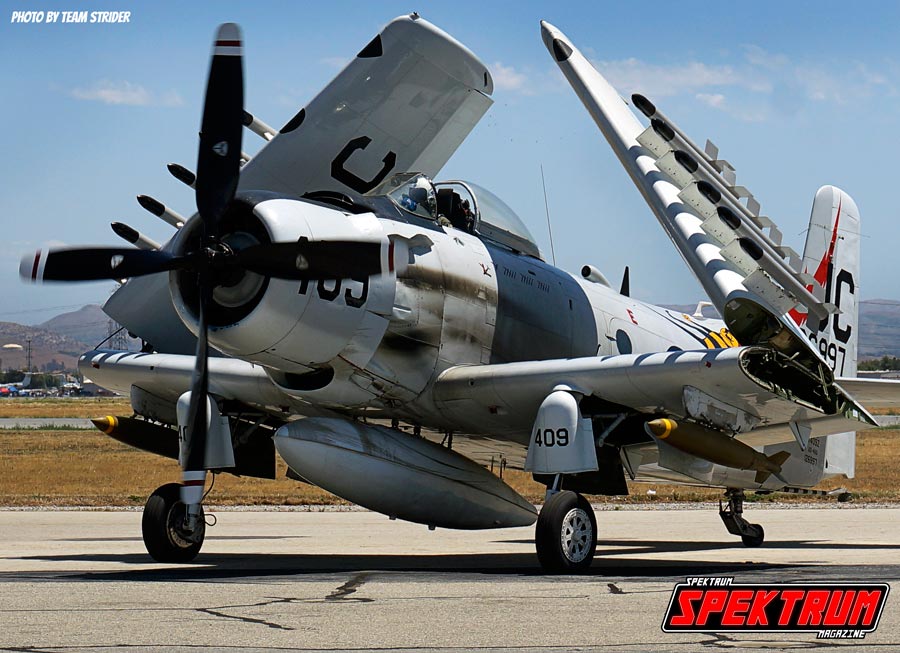 The A-1 Skyraider looks bad on the flightline

These planes were once commonplace during the 40’s and 50’s and now only a handful survive across the globe. Now owned by only a select few, and refurbished to not only look like their previous incarnations, but, to fly like them. These planes sit on the runway and in hangars with drip pans underneath their engines. That tells anyone that these things definitely get used. These are no garage queens, and seeing them whip around the sky, it is very apparent.  What you see on display is the result of passion. Passion on the part of the owners, maintainers and pilots (sometimes one in the same) coming together and shining bright for all to see. This display of man and machine is something only the Planes of Fame Air Show dares to bring you. The show now, is truly a world wide phenomenon, and one everyone should see. Both young and old, generation after generation and people far and wide come into Chino to appreciate this event. If you are ever in the area, and want to see something special, take the time and make it over to Chino. Even if you don’t make it to the air show, the museum there is open year-round and all these wonderful aircraft are on display to enjoy. 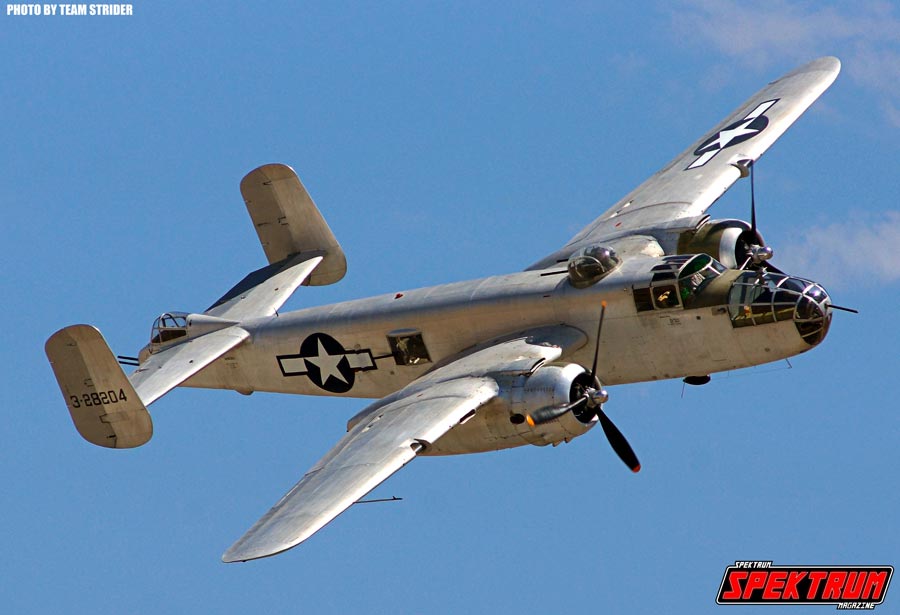 Legendary B-25 Mitchell banking over the flightline in Chino

We cannot wait for the next show. 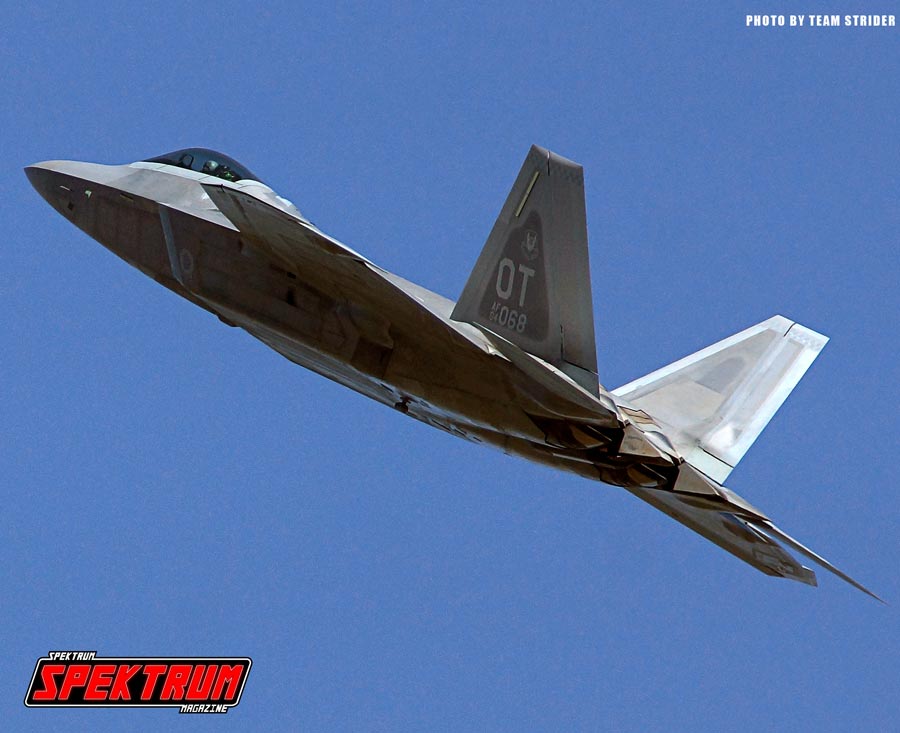 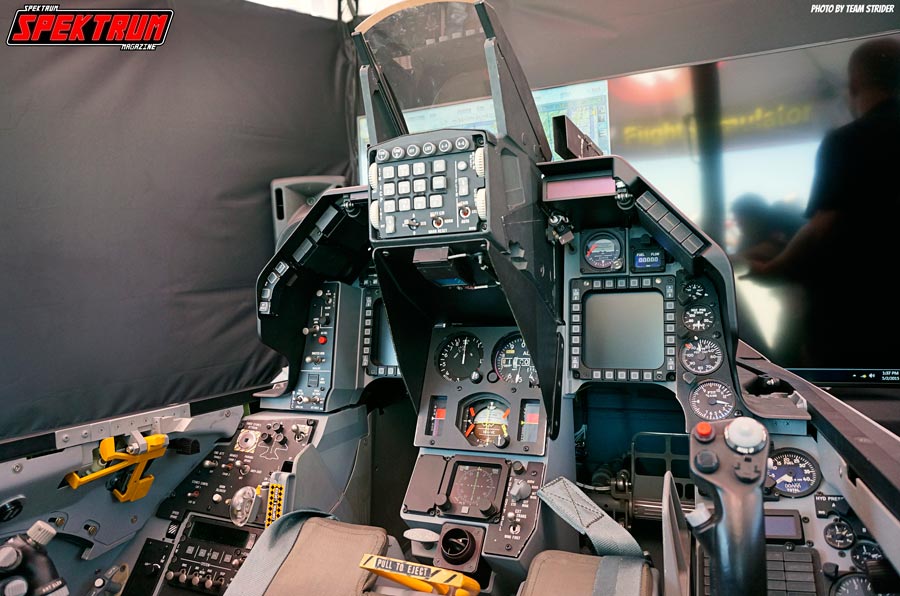 Cockpit of the F-16 Falcon form the inside 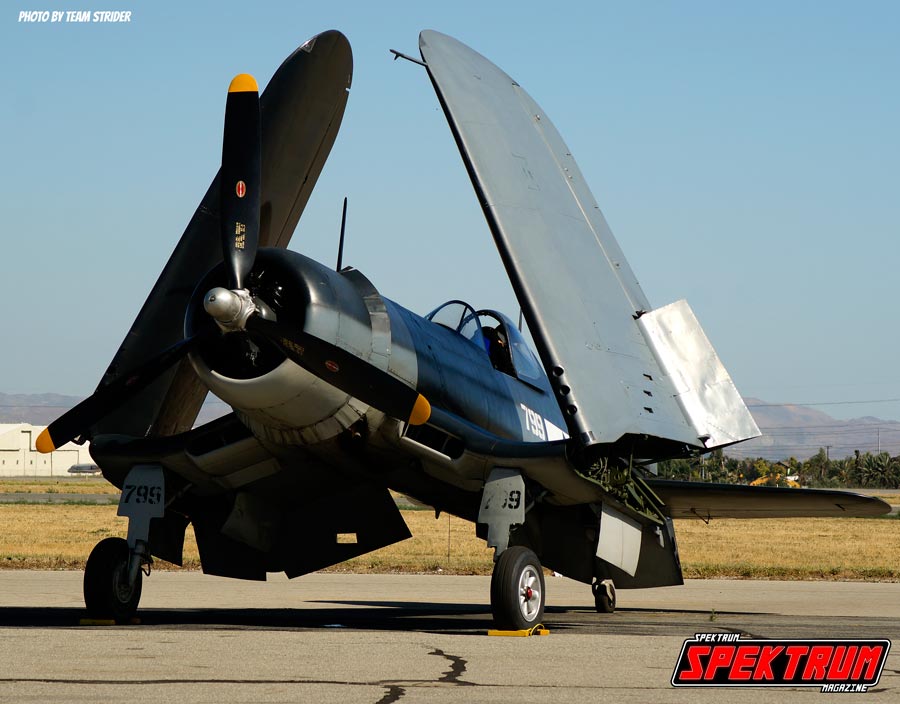 F4U Corsair with its wings folded for carrier storage

P.S. We want to give a very special thanks to the Planes of Fame Museum for hosting us that weekend. A most amazing show, and one we won’t forget. Thank you from us here at Spektrum

Visit the Planes of Fame Museum at http://planesoffame.org/

Back in the late 80's a movie came out that hit a nerve with me. While i was only a kid at the time and can't remember...