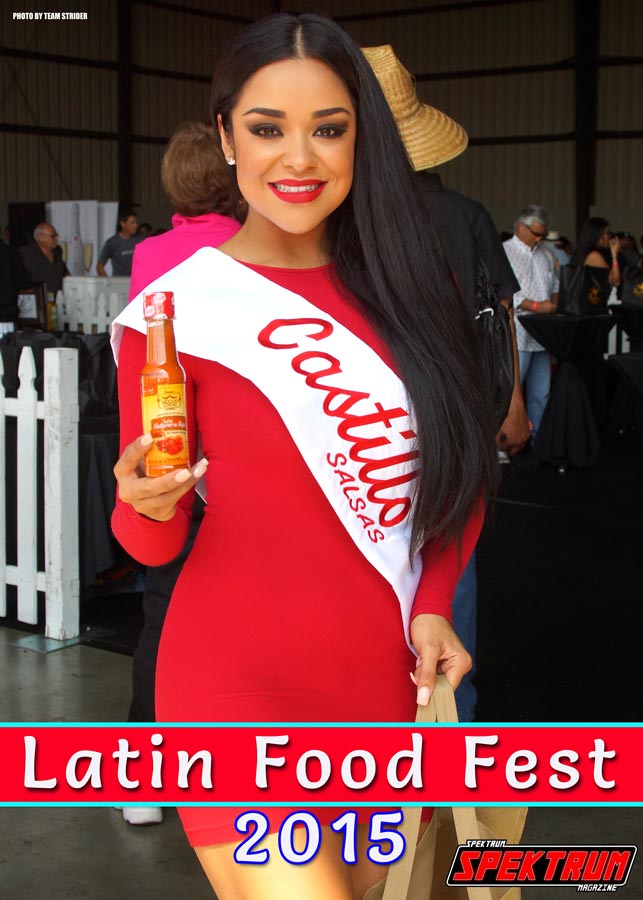 Food. It’s one of those things that everyone needs. Every culture around the world has their own version of it, and yet, it’s something that brings us together as well. But, it’s also very polarizing. What one person likes, another may not. But, we live in a time where cultures have been so intermixed that it’s becoming increasingly difficult to separate them. If you need any proof of this, simply look at the food we consume. 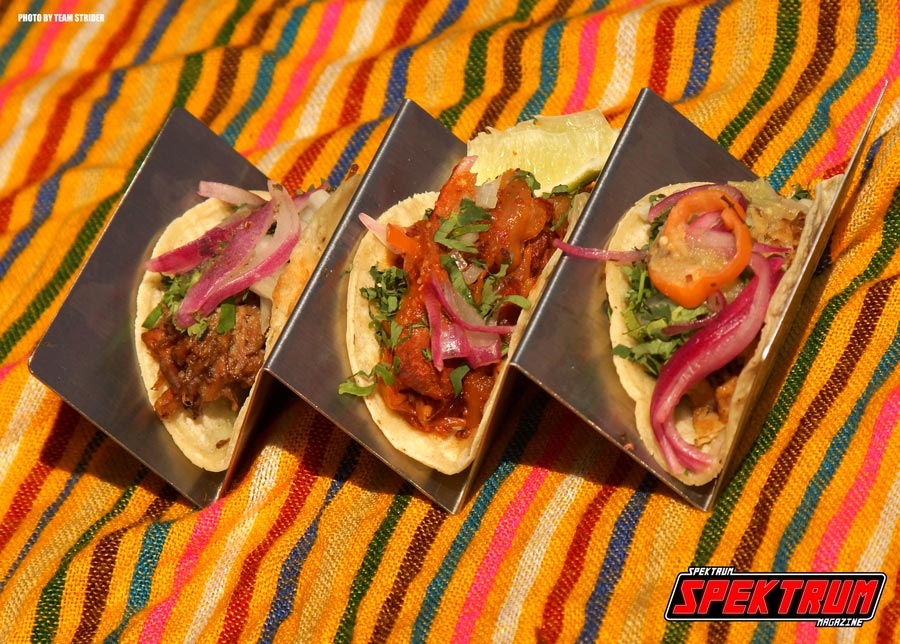 The food you may have grown up with and love may not be from where you think it is. There seems to be a big trend in food that revolves around fusion. While it sounds new, the truth is, that it’s been happening since the beginning of time. When a people moves from one place to another, they tend to bring the traditions and tastes of their land. No matter the place, where they settle becomes what they make of it. From the days of the Portuguese bringing Tempura (yup, you may have thought it was originally Japanese, but, the frying techniques were learned from the Portuguese) to Japan, to the Italian explorers bringing back tomatoes to the new world (yup, Italian food would be totally different without tomatoes, and those come from the western hemisphere originally), food is and has become fusion long ago.

That tradition continued especially in the new world. Latin America was a place where people and their cultures could settle and bring their cooking techniques with them. From the Menudo that the Spanish brought with them to Mexico (other places in Latin America and to their other colonies as well) to Lebanese immigrants bringing their kebab recipies (which ultimately became the Al Pastor meat made famously for tacos), Latin America became a cross-point for world settlers. Their food became an extension of who they are, and their people gladly embraced this. 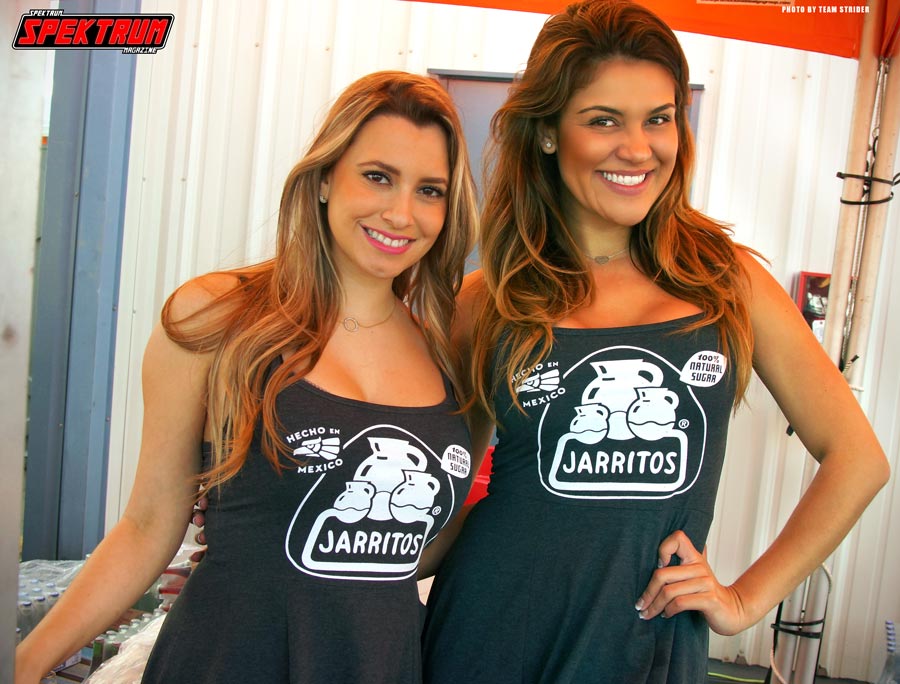 The beautiful girls at the Jarritos booth

In Los Angeles, the Third Annual Latin Food Fest was held. This somewhat new show promised to be a standard for all things Latin, and especially their food. It’s a tall order, but, did the organizers succeed in their plan? Well, i think they did a great job

Bringing together vendors, chefs and some famous faces in the entertainment industry, the 2015 Latin Food Fest was an ambitious event to begin with. Located at the tail end of the Hawthorne Airport in an empty hangar, the event started off rather slow. With people trickling in at a slow pace, it was hard to imagine it becoming what it eventually did. With huge crowds and long lines, it became a far cry from what I would have thought. For an annual event, shows tend to be pretty small and eventually build up over time. This show didn’t look like it needed any of that. Funny thing is, that I think that even some of the vendors didn’t expect the onslaught of hungry visitors. Maybe it was a bit of great marketing, or some word of mouth, but, this show looks like it is on the right track to blow up. 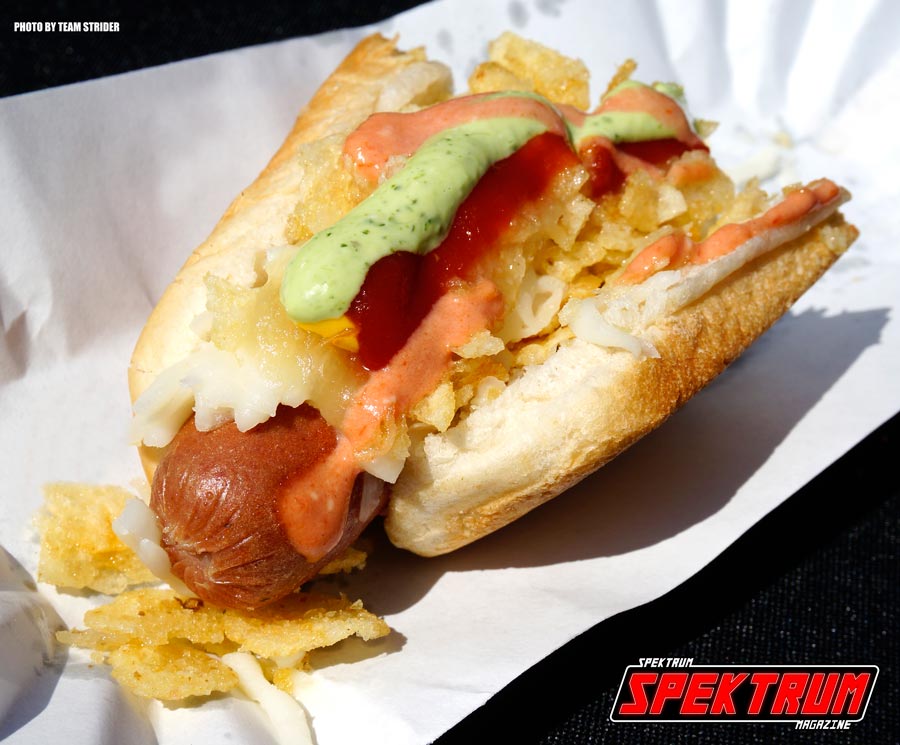 Street dog with chips and loads of goodies on top. Delicious

Within hours of opening, there were so many people that the food vendors began to run out of product. A great sign for the vendors, in the sense that they had customers that wanted their food and wanted to keep coming. But, on the flip-side, it was horrifying for the customers themselves. Hungry people without food is definitely grounds for a riot. Thankfully though, that didn’t happen, but, it’s definitely something to consider for future events. Hopefully, this is something that the organizers can remedy down the road. But, if anything, it shows that there is a passion for Latin Food, and for this type of event. 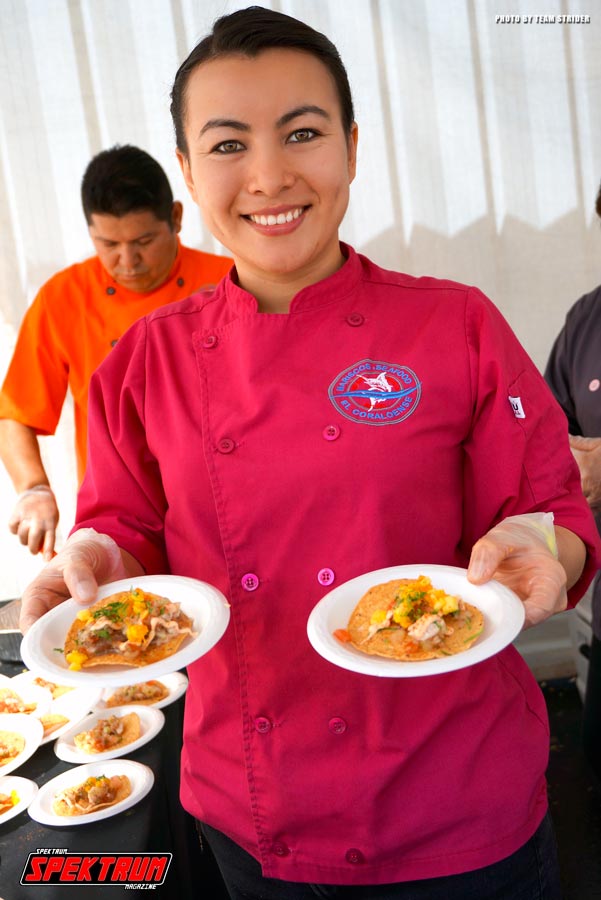 Serving up some tasty tostadas at Latin Food Fest

But, I knew it was sure to be a great show. Walking into the main entrance everyone was greeted with the staple of Latin refreshments, Jarritos. Offering free, ice-cold Jarritos to everyone was more than enough to bring a smile to anyone’s face (especially on a hot day like it was then). Showing up in a brightly colored truck, it was a welcome sight indeed. It also helped that they had two trucks, and on opposite ends of the show. Very nice indeed. 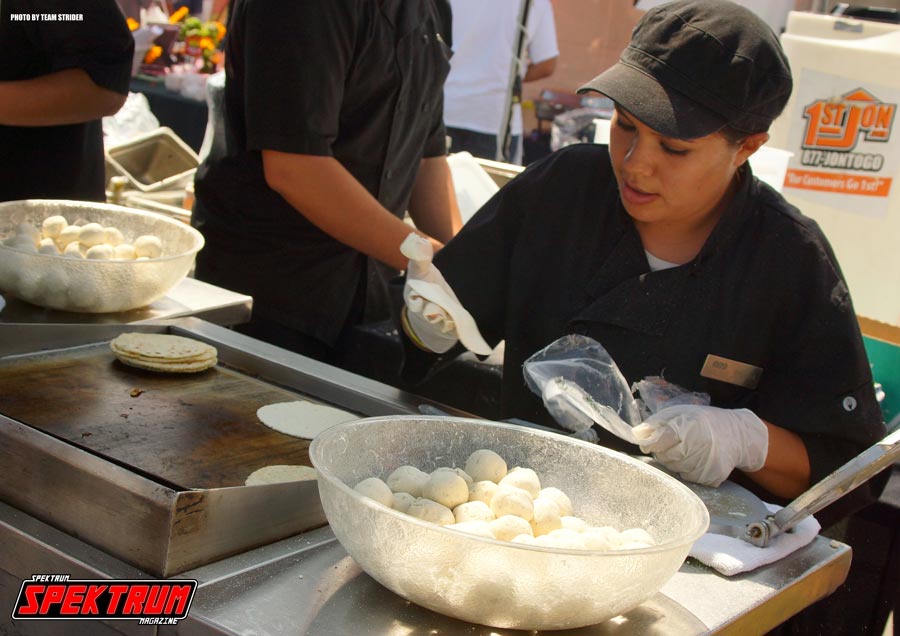 Making tortillas the old fashion way. Smashing masa balls and cooking them on a grill

On the other side you had vendors giving away (I say this somewhat loosely though. Paid entry gives you unlimited samples from all the vendors) pastries, Brazilian bbq, hot dogs (Mexican style, yum), and seafood. Inside the hangar you had vendors giving samples of liquor and some more food. There was also a stage where food demos were taking place. All around there were loads of small-scale samples for people to enjoy. It was really nice to see, and great to be in that hurricane of food.

It was a fantastic time, and one I recommend to everyone to check out. While it was the first show that they had thrown, I do understand some of the issues that they had. It was a little disappointing to walk up to a tent hoping to get some tacos de birria, only to find out that they had run out a while before. I am also hoping that by the next show, a few other Latin American food types would be represented as well. 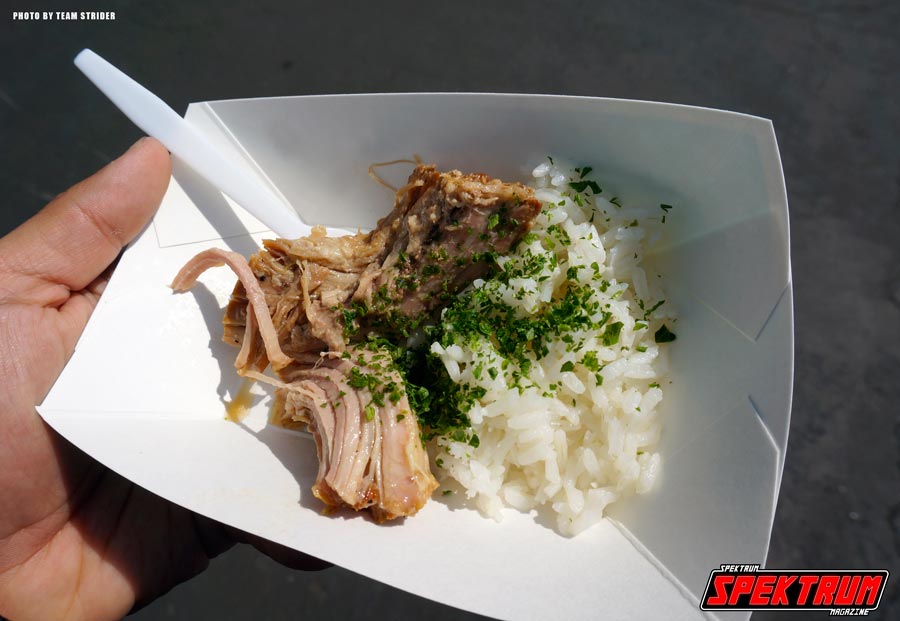 But, all-in-all, it was a fantastic show. While it may have been their third year doing it, I think the organizers have the feel down. You could definitely see people smiling and enjoying the food. There was also a few great bands adding to the ambiance. Hallmarks of a happy event for sure. Let’s see what the next one brings. You can definitely bet that Spektrum will be there. Once again, we can’t wait. We know somewhere, there is a plate of Ropa Vieja with our name on it. Oh, and for sure we’ll be enjoying that with a Sangria or Jarritos. Oh yes.. I can already taste it 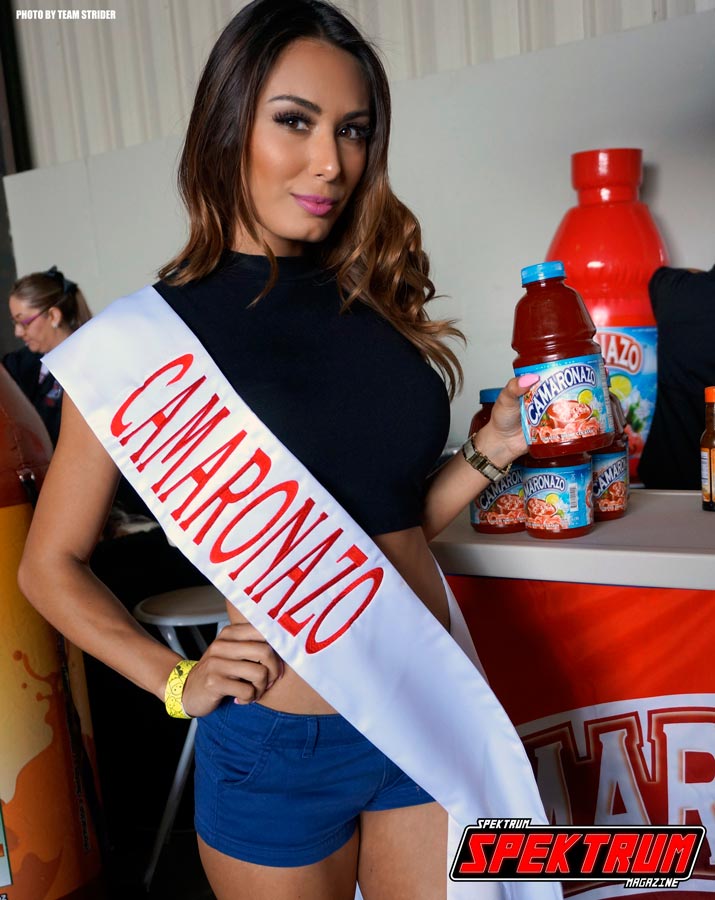 Beautiful model Jennifer for Camaronazo. The wonderful tomato based drink 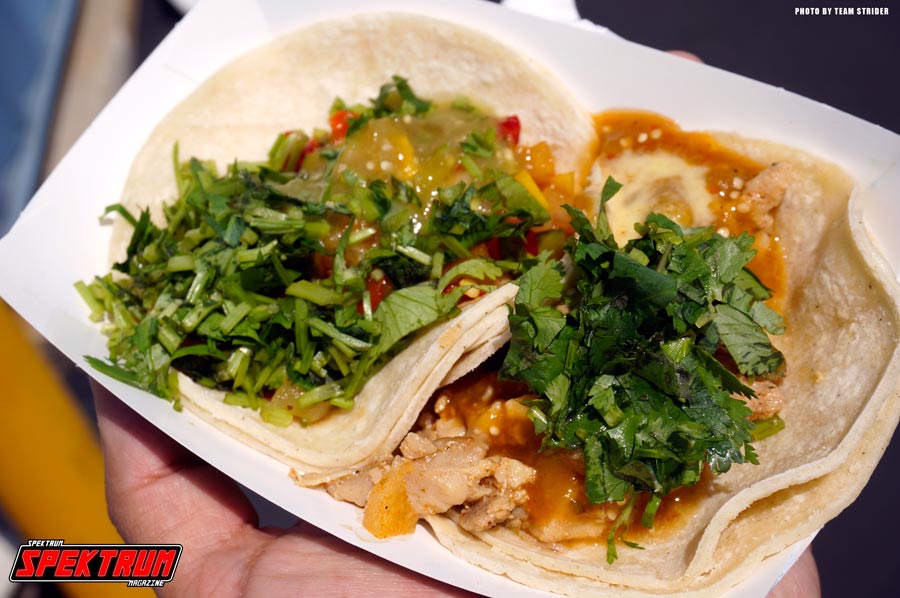 Pork and chicken tacos with a generous helping of cilantro 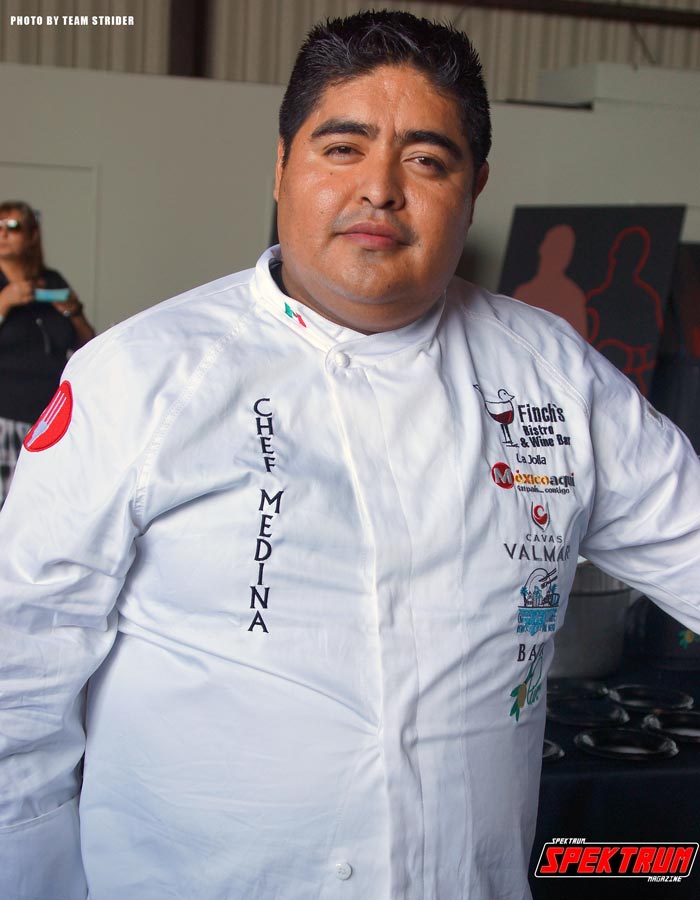 Chef Mario Medina. So gracious and a pleasure to talk to 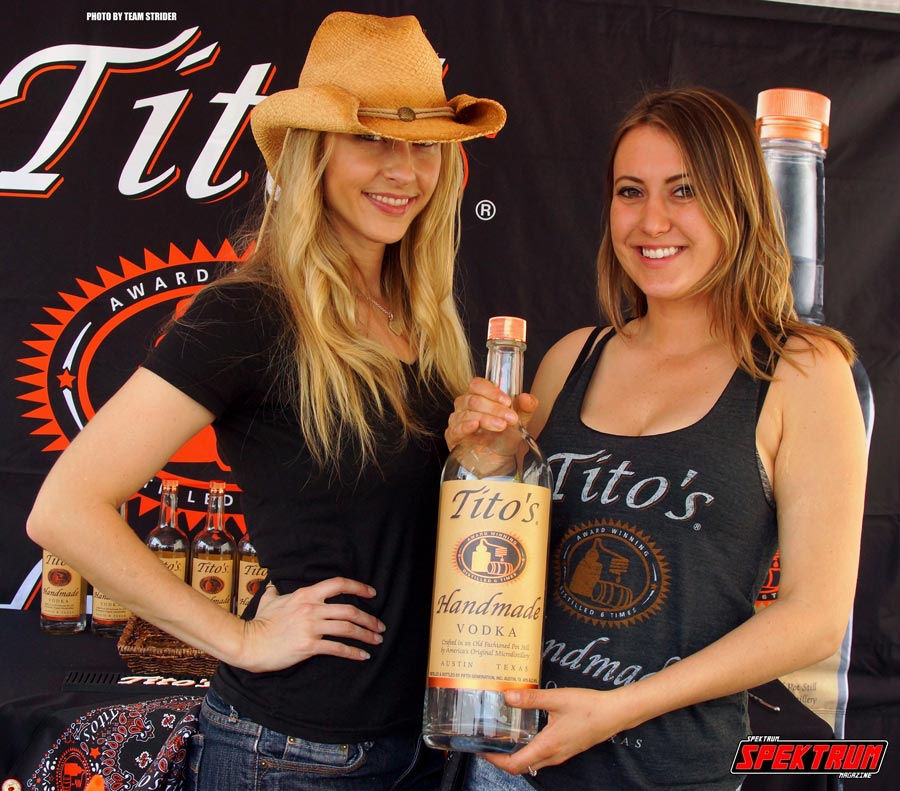 Two of the representatives for Tito’s Vodka 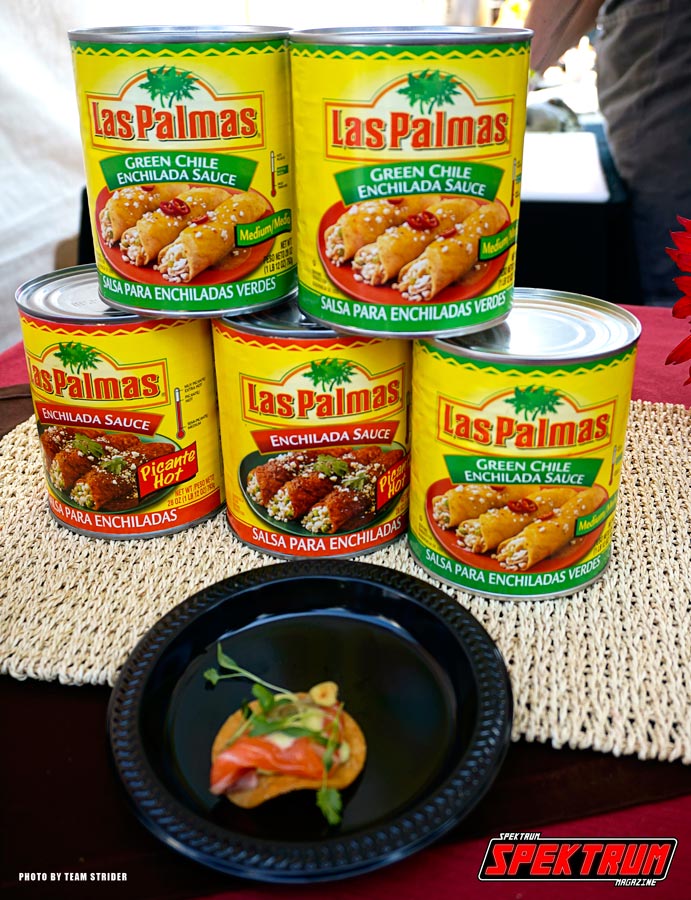 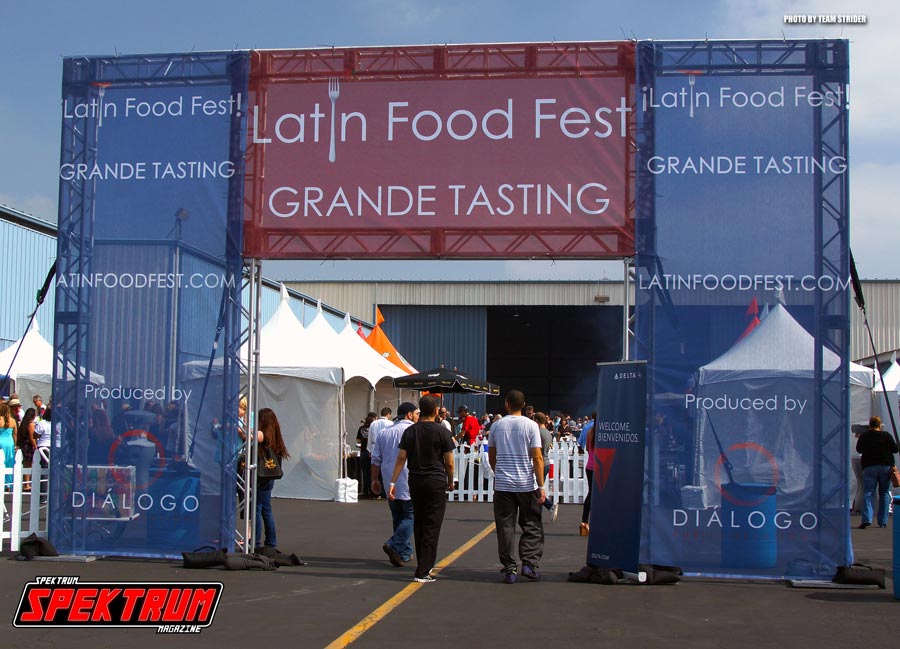 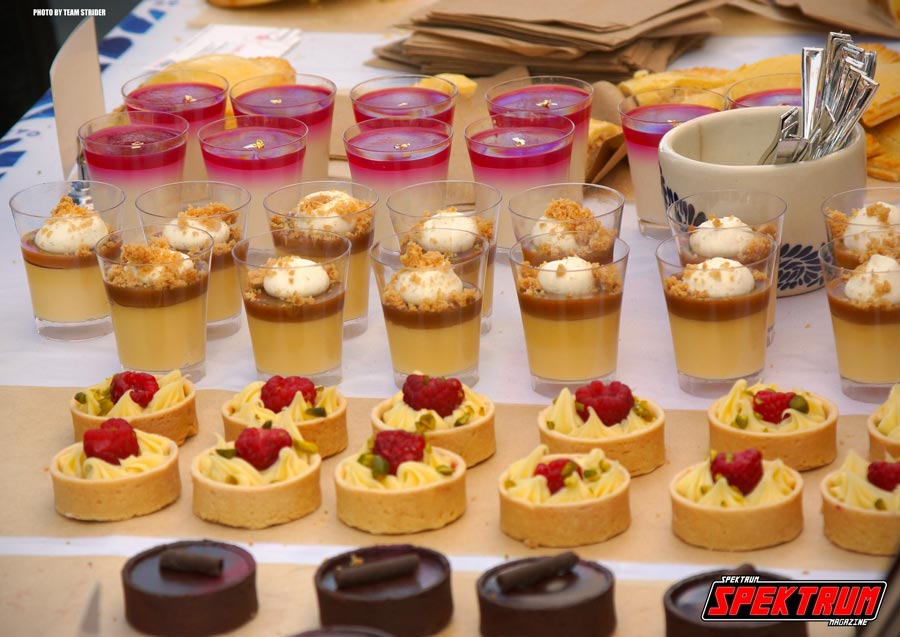 Sweets as far as the eye can see. Sweets from all over Latin America adorn this table 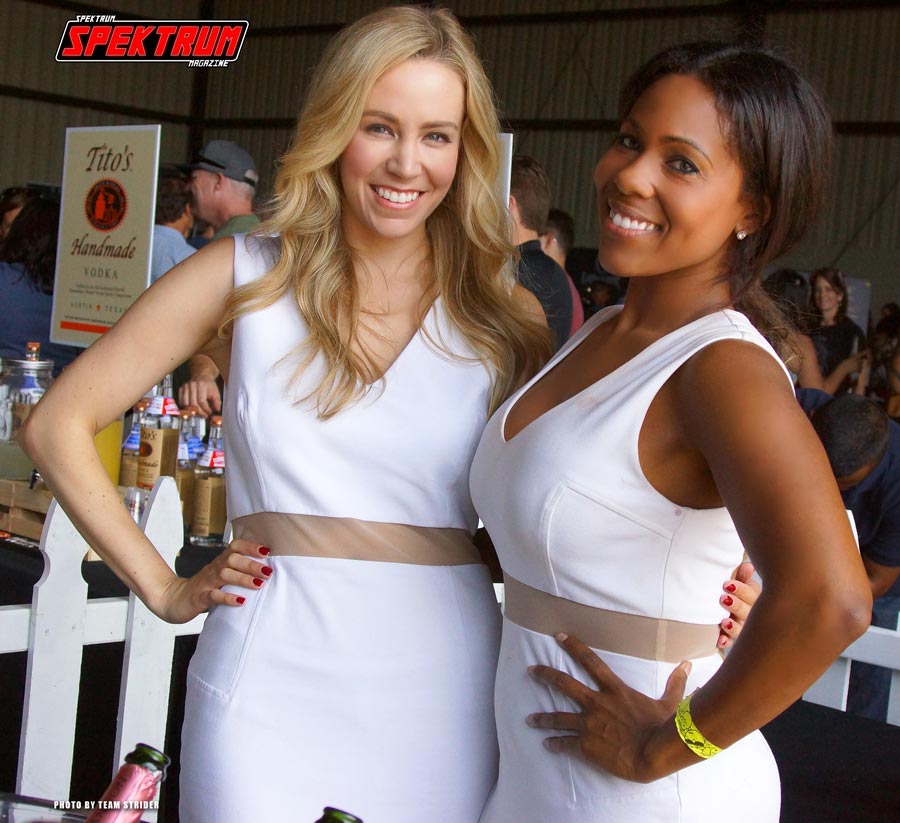 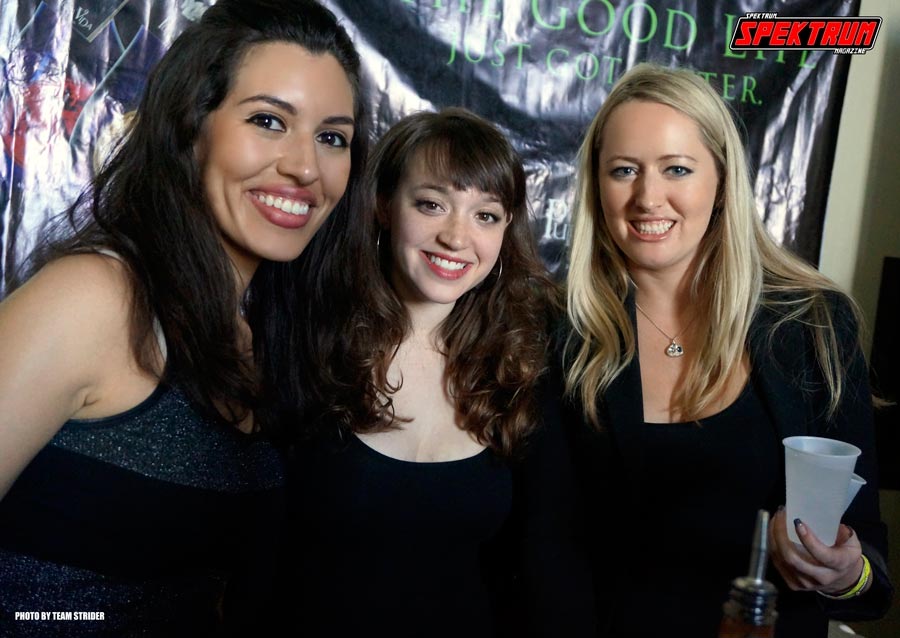 Smiling for the camera and having fun at the Los Angeles Latin Food Fest!

For more information on the Latin Food Fest, check out their website at https://latinfoodfest.com/ 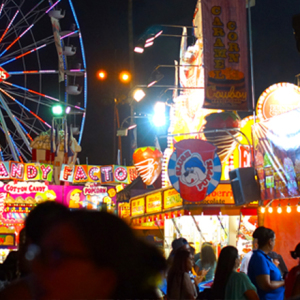 While it's hard to believe, this year's Orange County fair has once again come and gone. Another year has gone...