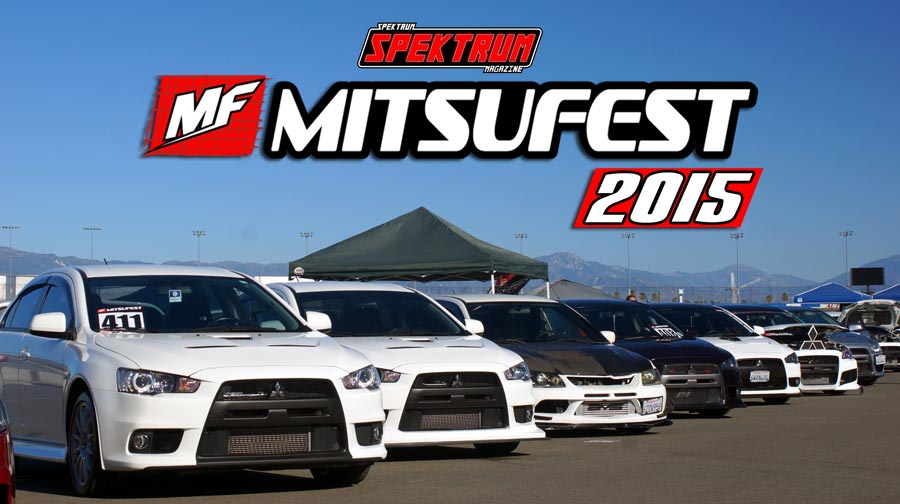 Mitsufest 2015 in Fontana was spektacular, and Spektrum was there in full-force

There is something to be said about Mitsubishi owners that holds true worldwide. No matter where you come from, or what background you have, the fans of the Mitsubishi brand are truly dedicated ones.

From the time that we had first heard of Mitsufest we were intrigued. I think it’s a fascinating thing when you see a genuine interest in a particular brand. That attachment, whatever it may be runs deep. It’s pretty similar to the way sports fans can be with their favorite teams. From sun-up to sun-down, the thought of that favorite team crosses the fan’s head over and over. That passion is what drives folks to follow what it is that has that emotional connection. It is indeed a fascinating thing, and when it comes to fruition (from either a game happening or a gathering of like minded people), it can be spectacular. Those feelings were definitely not lost on the track at Mitsufest, and we (at Spektrum) were glad to be witness to it 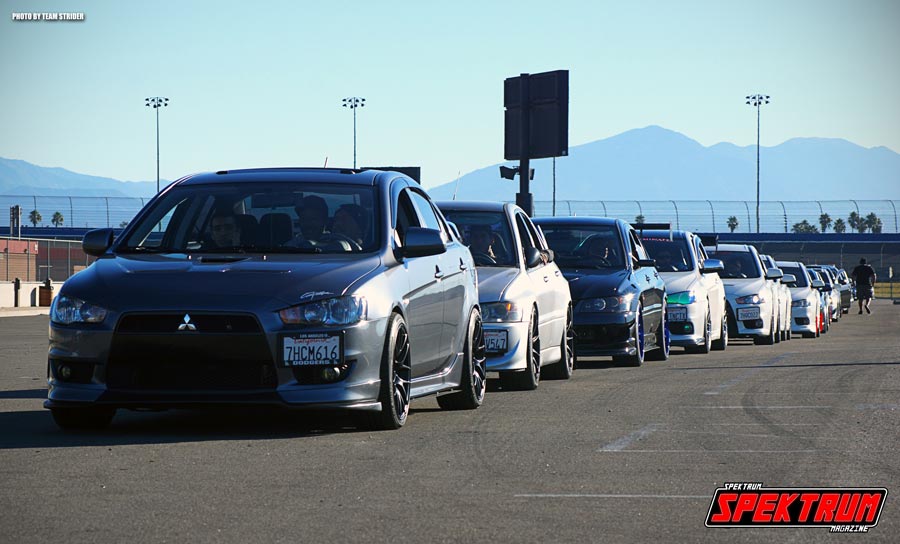 While we were at Mitsufest last year, we were especially excited to be at this show this year. The hype surrounding it was massive, and we knew if any of the fans from previous shows were going to be there, we would be in for a real treat. Thankfully, we were right on that one.

The day started out like a regular exhibitors day. For those that don’t know, or haven’t been an exhibitor at a show, it’s not as glamorous at it may seem. That usually means an early morning wake up (for us it happened to be 4am), and any last minute checks for all of our wears. Checking to make sure we had all stickers, t-shirts and our merchandise is the number one priority, and sometimes is a bit nerve racking. That coupled with the early morning chill that day proved to be an extra bit of a challenge to take on. But, it’s nothing that a few jumping jacks and shimmying can’t take care of.

From there, we took an hour drive east from our Orange County Headquarters to Fontana. That drive to a destination may have been lonely, but, it proved to be one of the few moments of the day that would be quiet. Not even two minutes after passing the front entrance, we find a line of running Evo’s in a line. Those cars were keeping their passengers warm. They knew, that once they jumped out of that car, that they, just like us, would be hitting the ground running. The main reason we were there early was to help set up the event. From putting up banners, to positioning cars and cleaning our area, there is a lot that goes into a show that the general public doesn’t see. Being one of those vendors, we’re extremely honored to be a part of it. 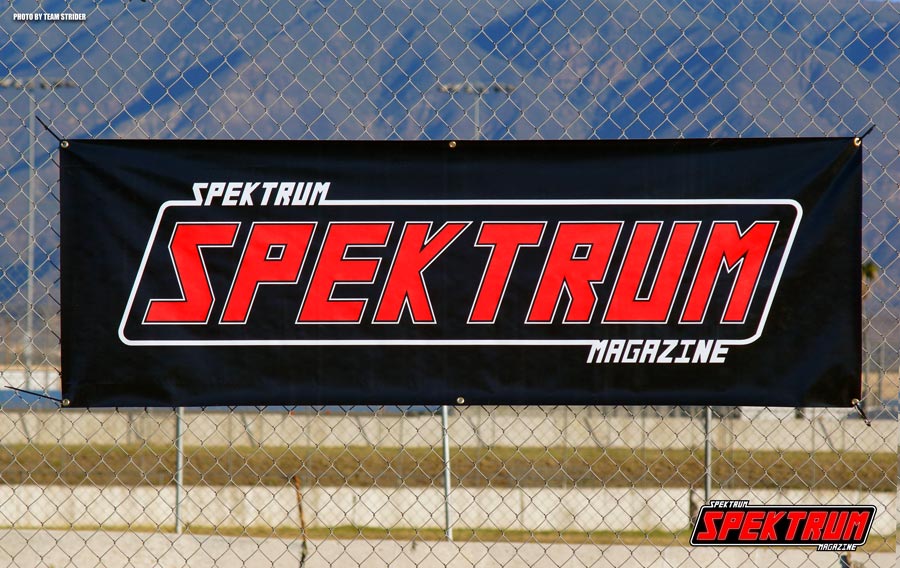 Spektrum Magazine in full-force at Mitsufest 2015!

It was in that process though, that the show cars begin to arrive. The long line of cars coming into the main drag is always an awesome sight. There’s something very powerful about seeing a mass of like-minded people coming out in full force like that. Some of that entrance into the show is here in pictures, and we hope that you get a small taste of that sight. Evo after Evo, Eclipse’s and all Mitsubishi’s in the Diamond Star Family were crowding in and looking to show off their best sides. Truly amazing. 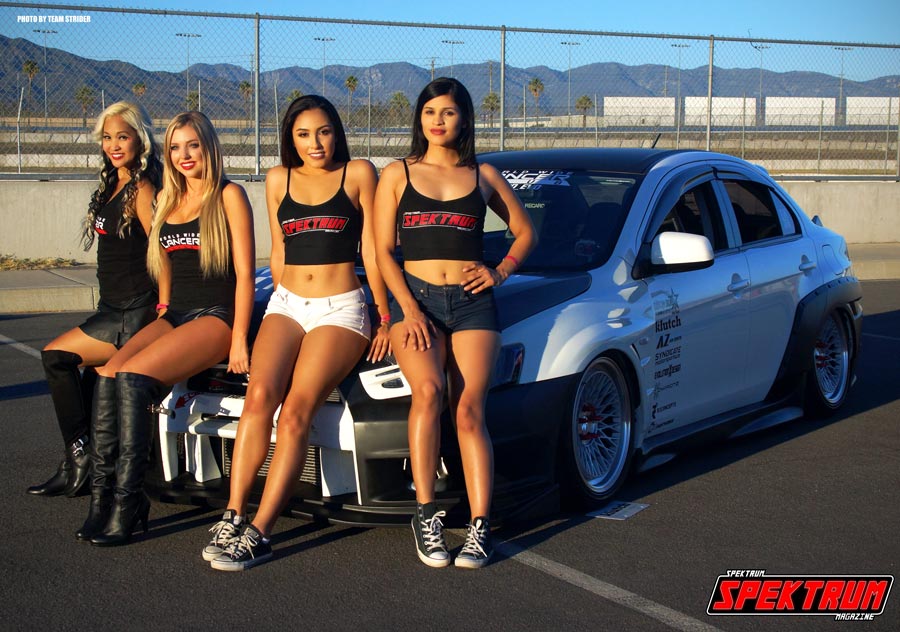 While that is always great, for us, it was down to business. Propping up our tent, laying out our clothing, and setting out some freebies for the masses was just the first step. Getting ready is always the easy part. It was the start of the show that proved something different that day though. Unlike the onslaught that was Hot Import Nights, this show was completely different. For once we were able to sit back and chat it up with people that walked by. It was exciting the entire day, and it only got better when we were given the opportunity to be interviewed by Mike Taft (Odi_Taft) and Brandon Gee. If you have ever seen these guys work, they are fantastic. They had a great attitude and positivity that made our day. This was our second interview as a brand, and a first as a team. We’ll have more on this later, but, to say that we are excited would be a huge understatement. We can’t wait. 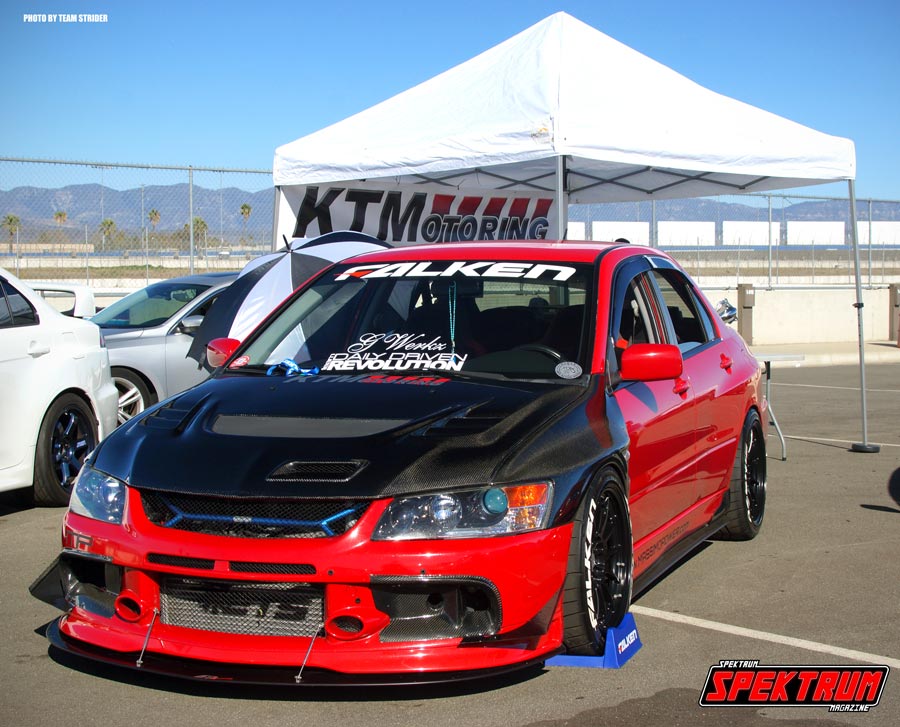 KTM Motoring was at Mitsufest with this sweet Evo 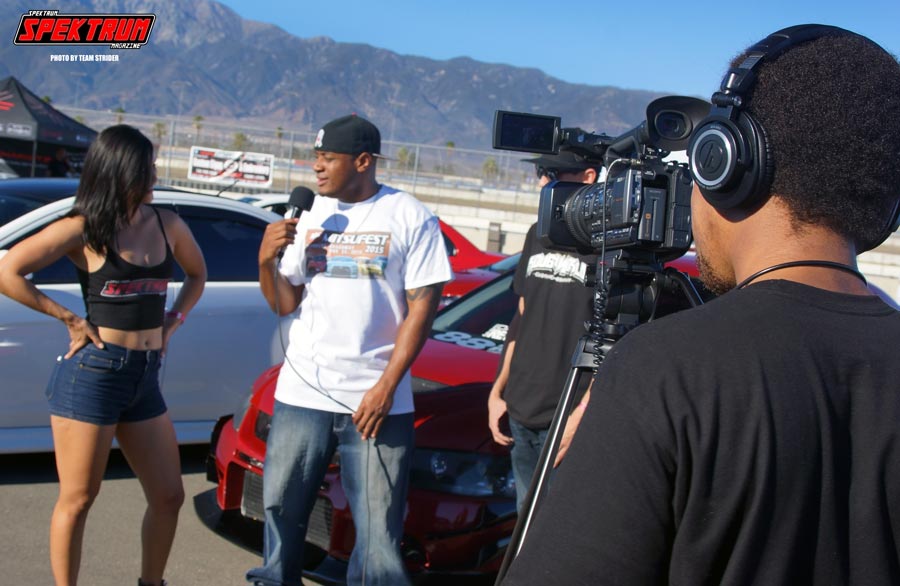 One of our beautiful models, Iliana being interviewed by Mike Taft at the show

The second best part was to walk around and interact with everyone. This culminated at the very end with a bit of a mini photoshoot. Shooting with the cars of the World Wide Lancer Club, we had a blast. But, then again, this is what really summed up the show for us. Lots of fun to be had, and even better when you spend it with people you care about. I love our team, and the people that we met at the show. This is what friendships are, and this is what Mitsufest is all about. Truly a fantastic show, and one we cannot wait to go to next year. The fans of the Mitsubishi brand are a loyal bunch, and we really got to see it that day. We hope that Mitsubishi will remember this long after they abandon the Evo, and their commitment to producing sports cars. Even though their brand may be shifting gears, the purists are still there, and make Mitsubishi the beloved brand it is.

We also want to take a moment to thank everyone that came by our booth and said hello. We are always humbled to meet our audience, and anyone that happens to pass on by. It was a great experience for us, and hopefully for all of you as well. Thanks again to everyone that also helped us out in shooting that day, and to the staff at Mitsufest for allowing us to be there. 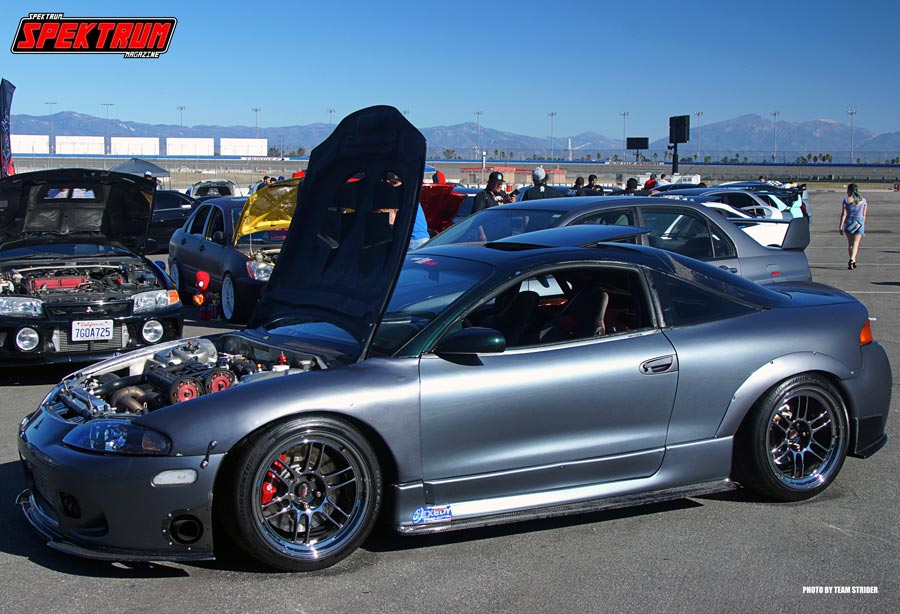 The classic Eclipse looking good in the sun 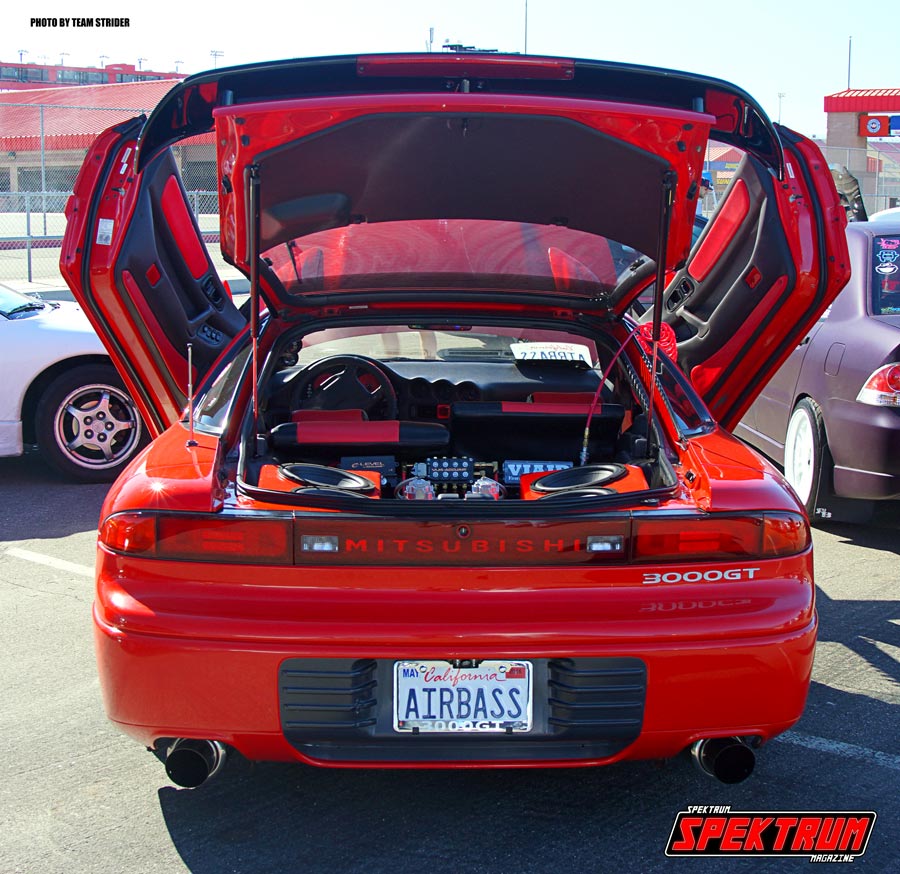 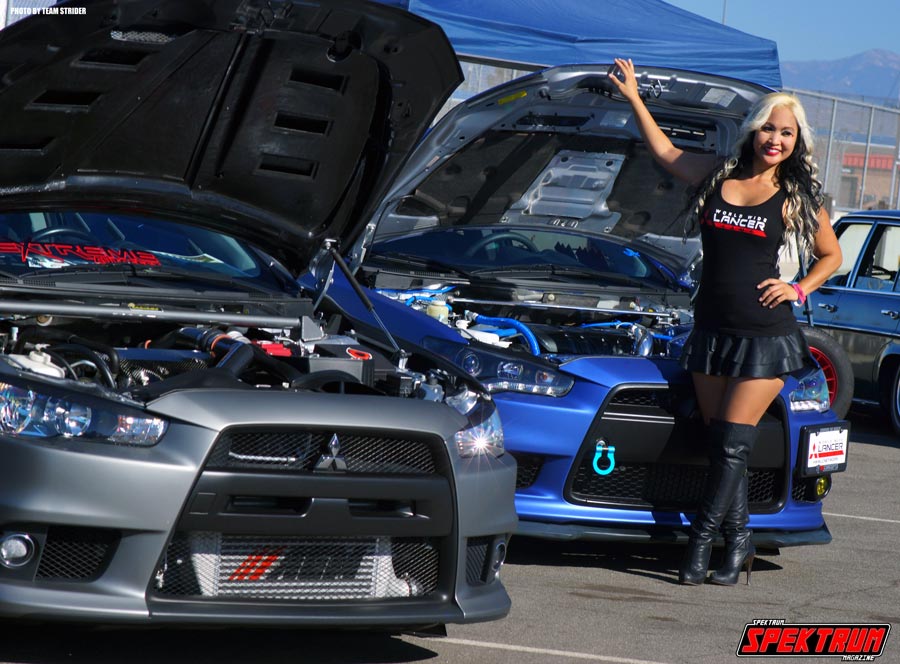 Endless Autosalon had this bad ass Evo at the show

Check out this ride decked out in a great looking wrap. So cool 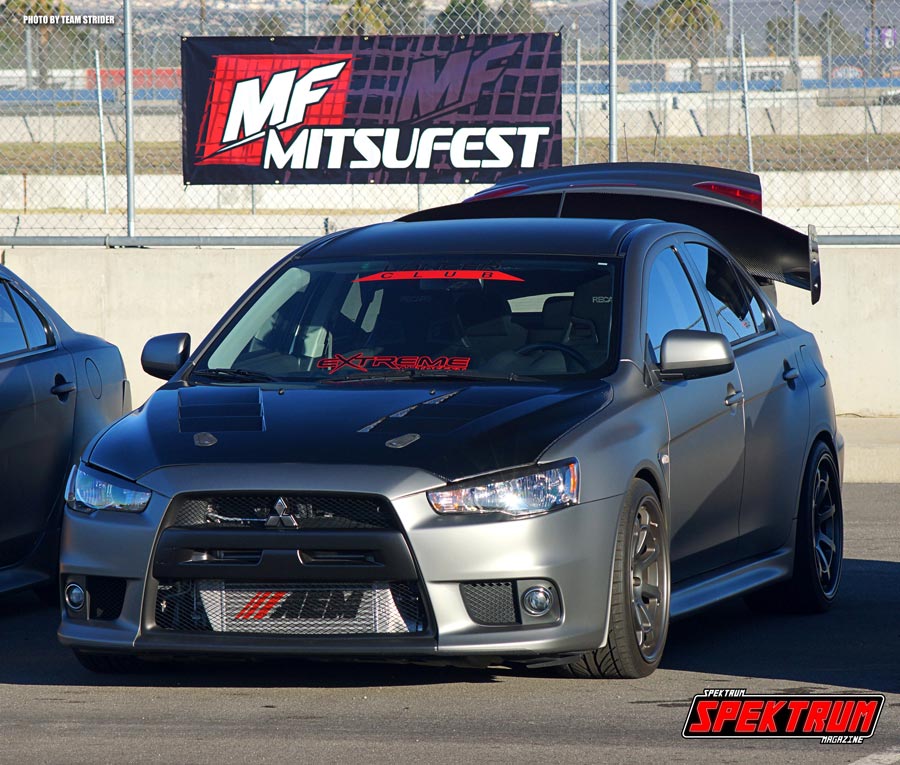 Mitsubishi Evo from the WWLC

Some more cars at the early morning roll-in 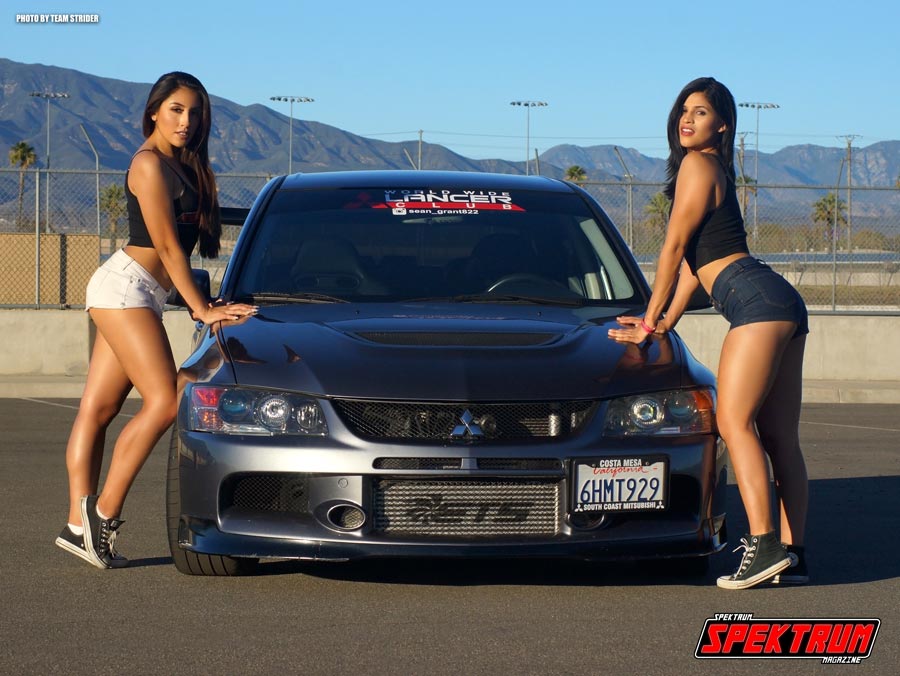 For more information on Mitsufest, check out their website at http://www.mitsufest.com/

The Force Unleashed: From the Star Wars Celebration 2015 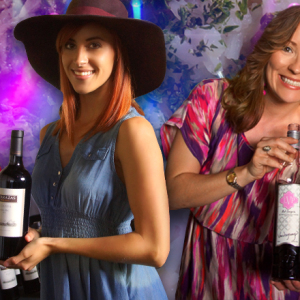 Food. It's one of those things that everyone needs. Every culture around the world has their own version of it, and yet,...