The Force Unleashed: From the Star Wars Celebration 2015 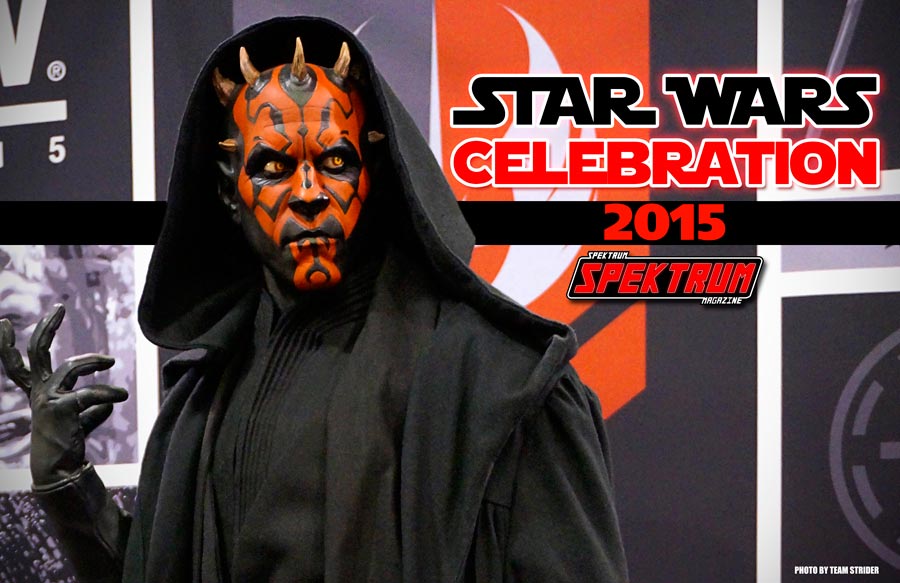 Star Wars in much more that just a movie. Sounds pretty silly nowadays, but, when the original ‘Star Wars’ was first released in the summer of 1977, that was something would have never have crossed most people’s minds. While I may have not been born in 1977, it’s pretty apparent when you when you ask folks that were around then, that Star Wars was not planned to be the mega blockbuster that it became. Released with little fanfare, George Lucas’ first studio film would be shown at the Mann’s Chinese Theater in Los Angeles. In what could be described as an artistic bombshell, Star Wars quickly changed what many people thought of movies, and in its wake changed cinema and pop culture forever. That summer in ’77 changed what people thought, said and imagined. The sky was the limit, and Star Wars was at the helm. With lines that wrapped around movie theaters worldwide, Star Wars (A New Hope), quickly became one of the highest grossing films of all time. To this day, it still holds a place on that list (as has ever Star Wars film released since). Not bad for a movie that didn’t even make a blip on the radar screens before it had come out. 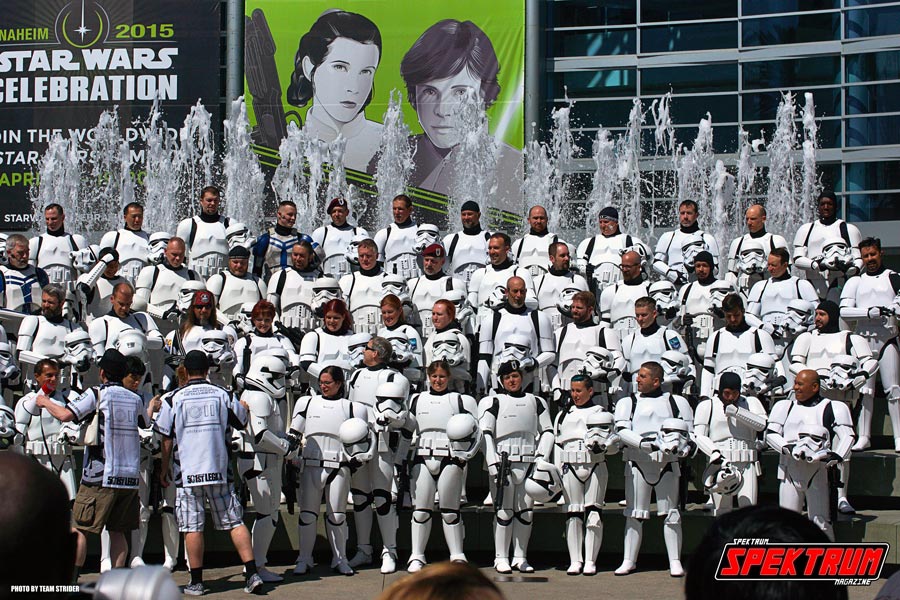 Growing up post Star Wars-trilogy, it’s hard to imagine a world without it. A world without Luke, Han, Leia and Chewie. A world where none of that, and none of the massive hype surrounding the pop-culture phenomenon existed. Struggle as you may, but, imagine a world where none of Star Wars existed. I mean, just walk into any store in America, and you are sure to find Star Wars products somewhere. From Darth Vader plastered on the side of a Campbell’s Chicken soup to a Darth Vader toaster, there is a bit of merchandise for any situation. This cultural phenom is not just isolated to the States, but, is actually apparent worldwide. That presence, and the longing to bring them together created a haven for fans. This haven would later be known as the Star Wars Celebration. A celebration of all things Star Wars, and a place for enthusiasts of the series to get together.

The first Star Wars Celebration was held in 1999, and helped to drum up enthusiasm for the upcoming Phantom Menace. Needless to say, every year since then, there has been an annual Star Wars Celebration event. The location changes from year to year, and this year, the show headed to our very own backyard in Anaheim, California. This seems most fitting considering that Disneyland is just down the road and the parent company of the franchise. So, being set in the center of Southern California would be a great focal point for people coming in from across the globe. Celebration Anaheim (as it would be called) would be the latest show, and easily the largest. 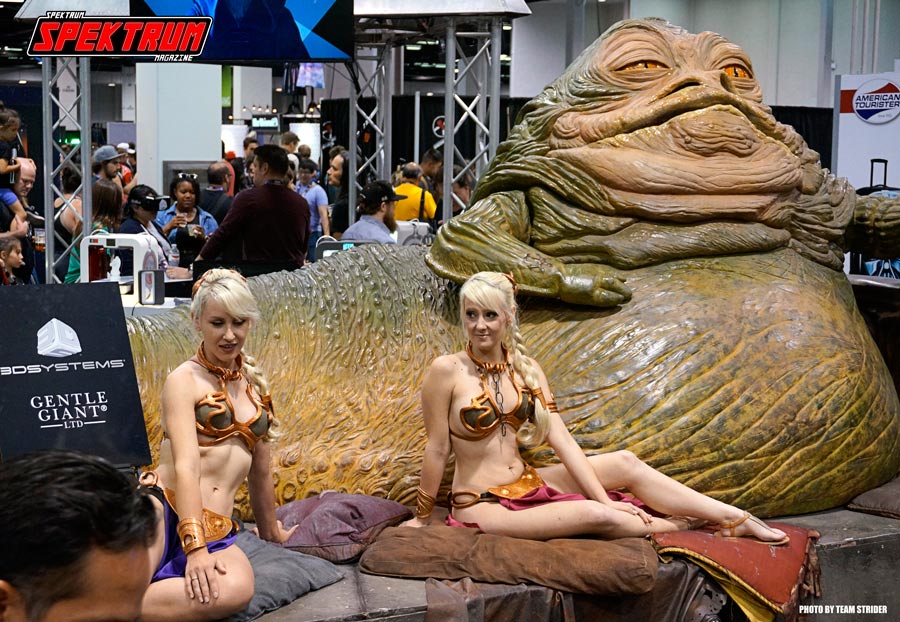 Setting the scene to what would be on the of the largest films ever released (the upcoming Star Wars: The Force Awakens), Celebration Anaheim easily was one of the most anticipated shows to be put together. Rivaling any of the massive pop-culture shows appearing during the year, this show was packed from end-to-end for the entire three days that it lasted. It really was an amazing spectacle to see. Walking into the show, there were hundreds, if not thousands of people scattered all around the Anaheim Convention Center. Fans dressed as Stormtroopers, Darth Vader, Boba Fett and many, many more characters hustled and bustled throughout the grounds. As impressive as it looked, nothing prepared me for the several hundred Stormtroopers all lined up for a group picture. To say this was cool would be a huge understatement. Only in the movies do you get to see things like this. This, was only the beginning. There was much more to see inside. 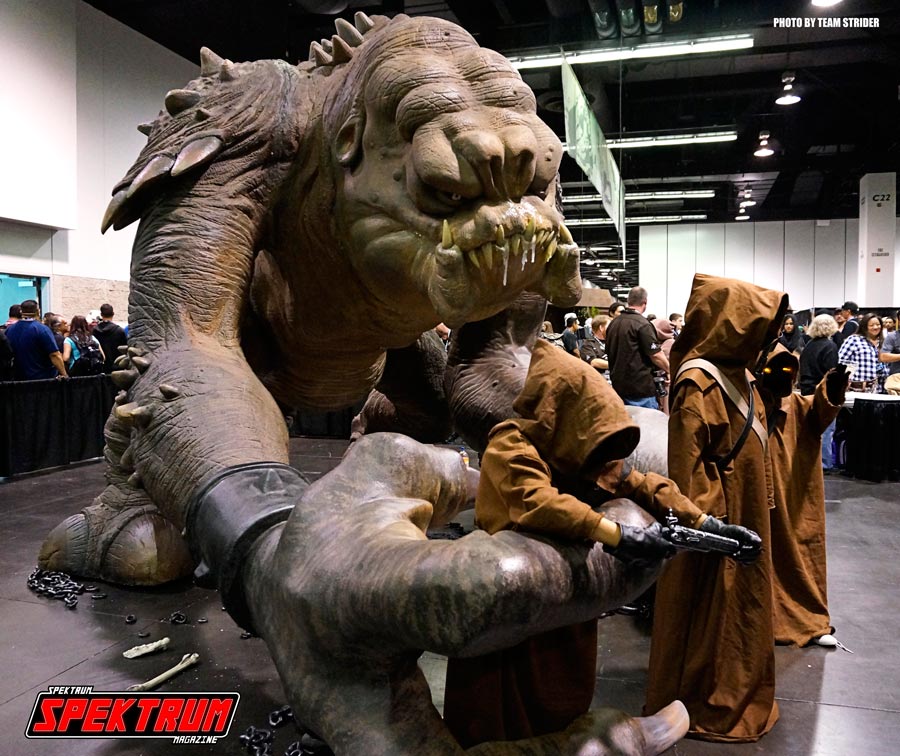 The entire Celebration was a showcase for some of the biggest vendors, merchandise and artists from around the world. It really was a great feeling to be walking amongst the international crowd. You have the folks from the 501st Legion (fans of Intergalactic Empire and costuming masters), for example, who always make an appearance and never fail to impress. The interaction they have with passers by is something to impressed by. You can tell that they are fans through and through, and anyone that comes their way. It is a level of interaction that held through the entire show.

On the other side of the house, there are vendors with all of the swankiest gear (some new, some old, and some extremely rare) for sale. Props and artwork from the movies, and loads of celebrity appearances. There were many references and pieces of art devoted to the upcoming ‘The Force Awakens’ (even so much as a previously unreleased trailer), and an entire section devoted to the upcoming Star Wars:Battlefront game. It’s almost enough to make one’s head explode. Either from sheer excitement or the overwhelming feeling of euphoria in the air. 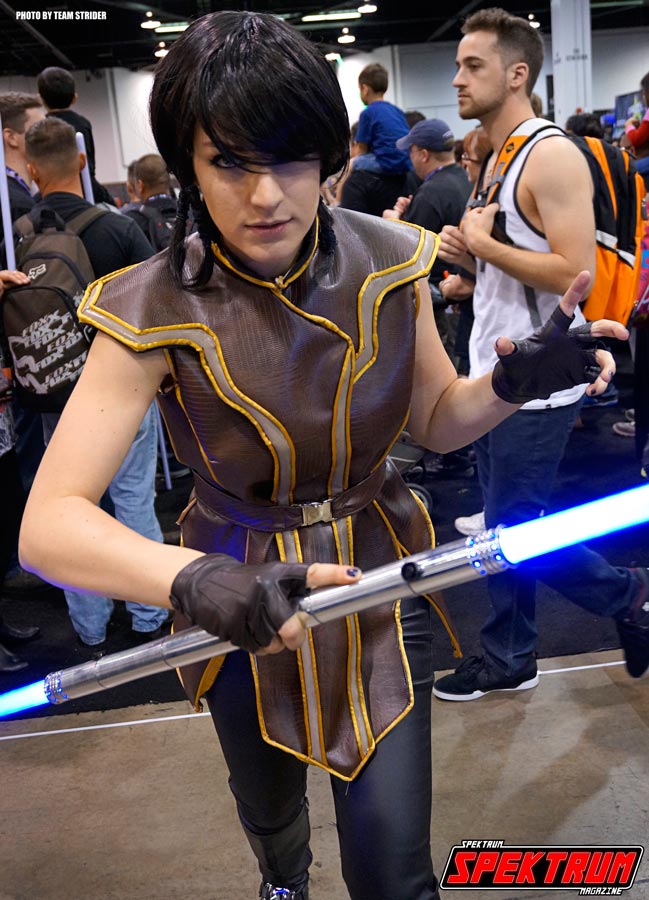 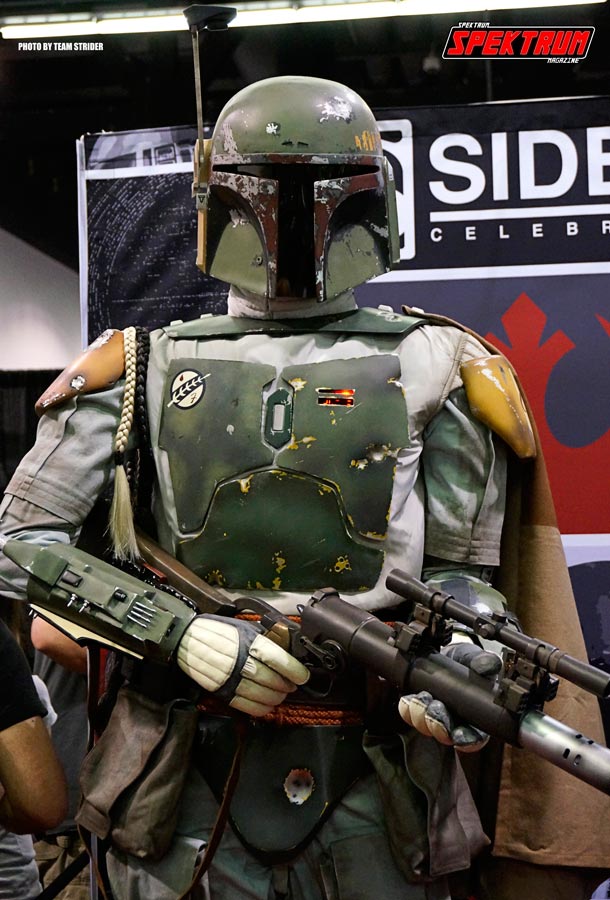 There was something at the show for everyone to see. If you were a fan of the Star Wars universe, then this show would have been right up your alley. Like a kid in a candy store, there was just so much to love here. Maybe that’s what is so special about Star Wars. The fact that people from all walks of life, of any age and any generation can enjoy it. It really is a great feeling, and I was so glad to be a part of it. If Spektrum can make the trip to the next Star Wars Celebration in England, we will. We are sure it will be just as exciting. In case you didn’t know, there will be another Star Wars movie released next year as well. Star Wars:Rouge One. Set to be released the final quarter of next year, we are sure the hype surrounding the movie and show will be at a peak level. We can’t wait. 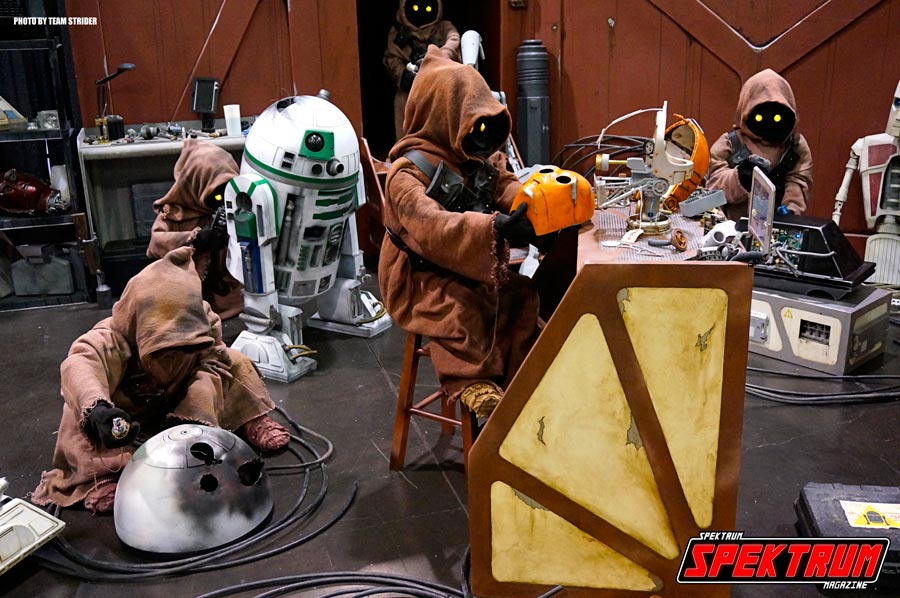 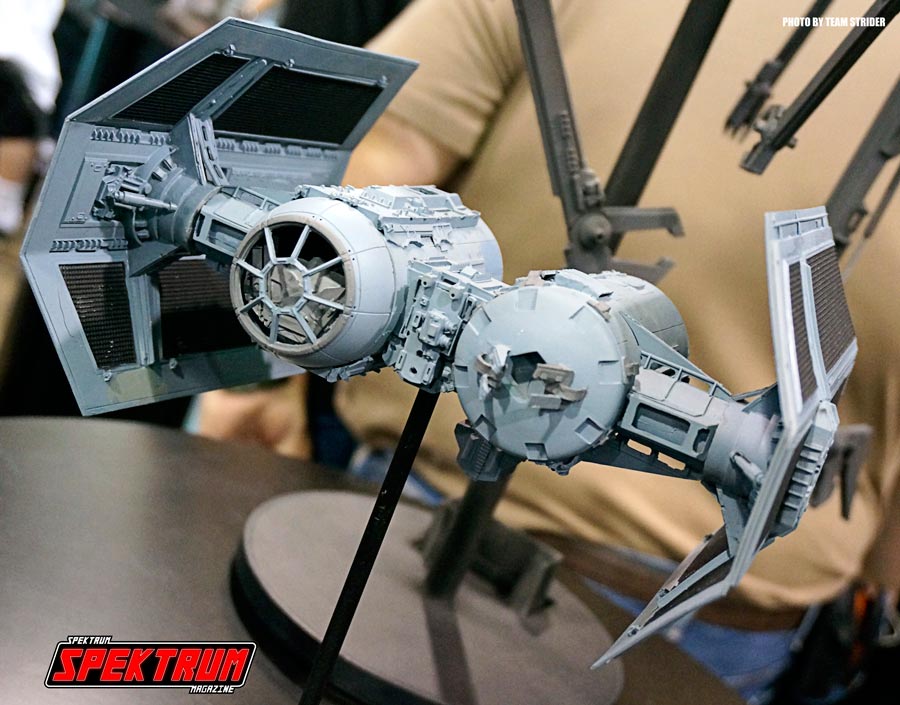 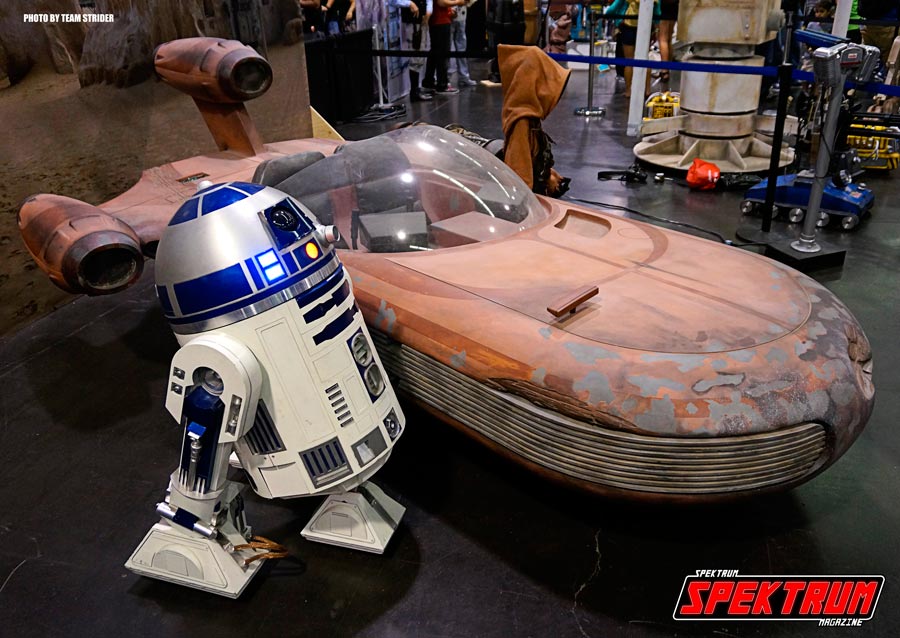 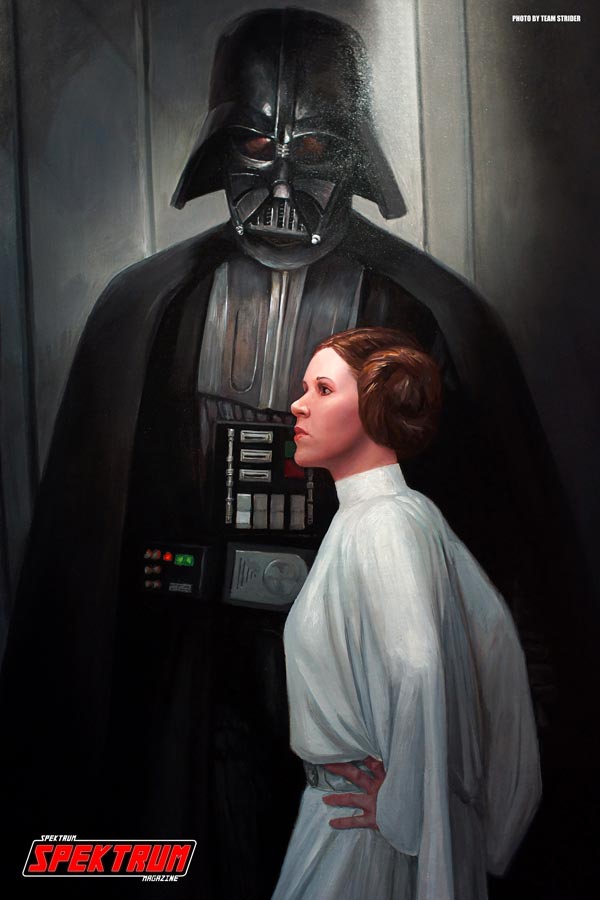 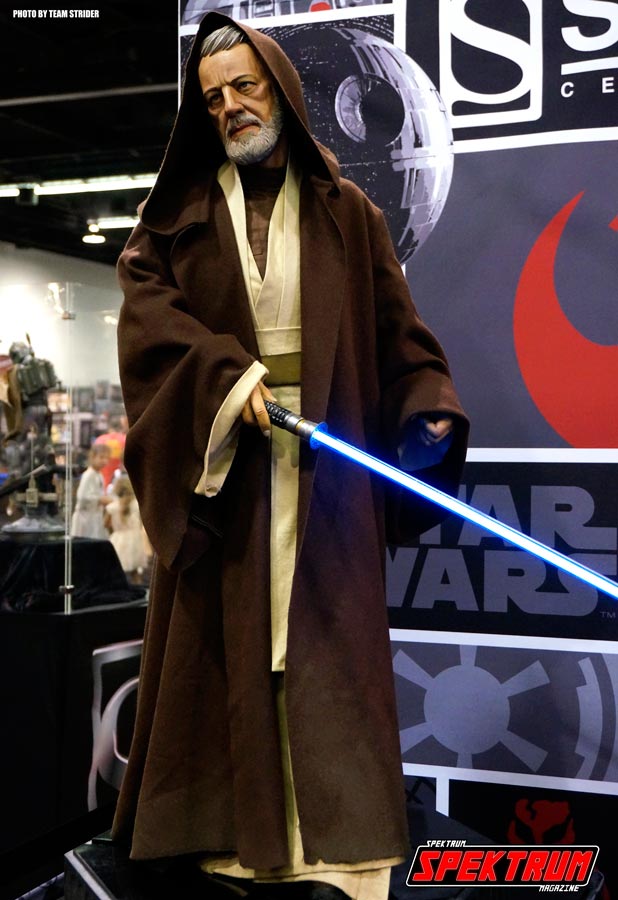 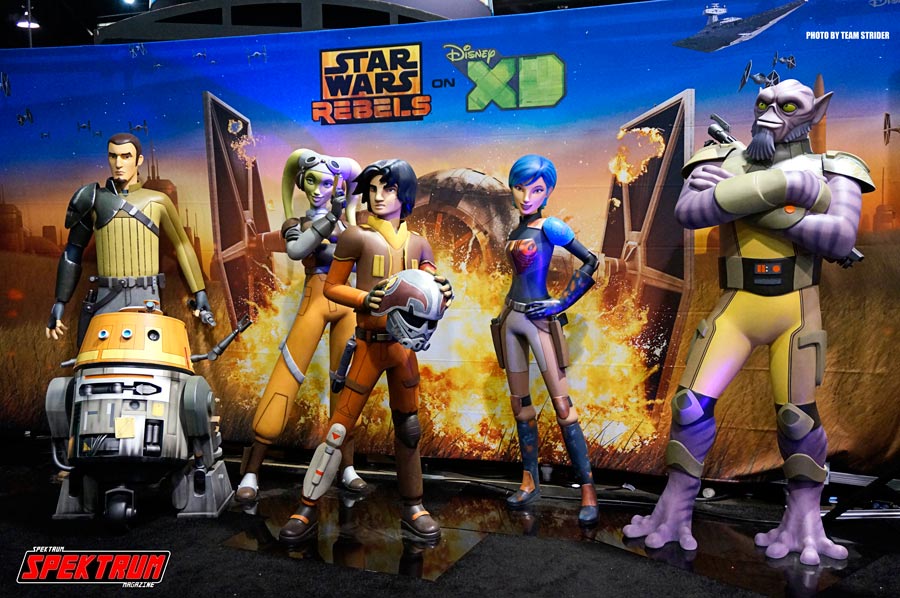 Mockup of some of the main characters from the upcoming Star Wars:Rebels TV Show 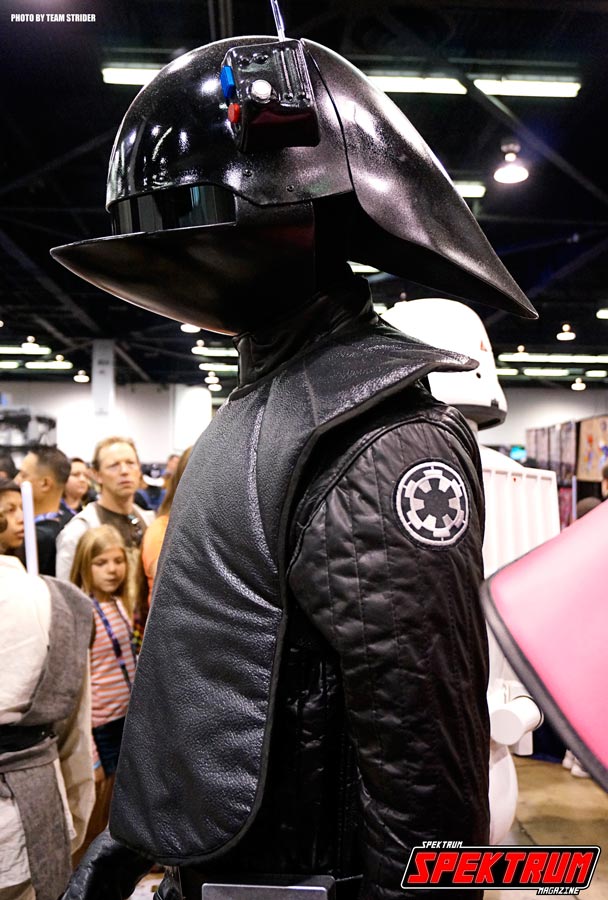 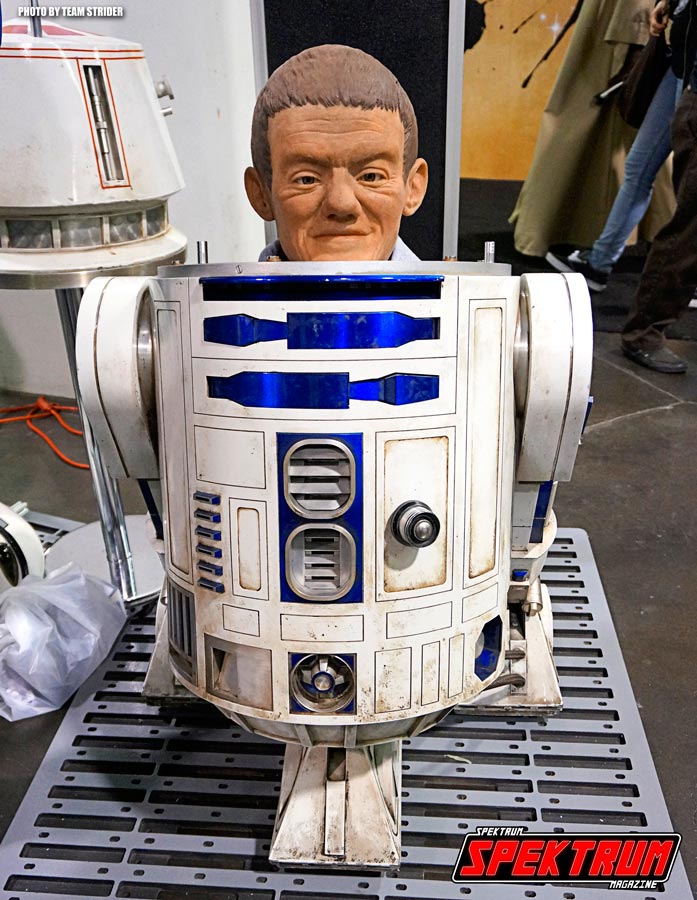 Beneath the skin of the R2 unit lies an actual person. This here though was a mock up of such

For more information on the Star Wars Celebration, check out their website at http://www.starwarscelebration.com/

Cars on the Marina: Wekfest in Long Beach 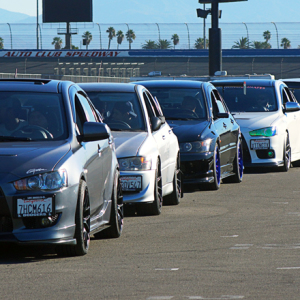 There is something to be said about Mitsubishi owners that holds true worldwide. No matter where you come from,...