California Donuts store front. You’ll know it when you see it

I love food. It may sound simple, a little silly actually. But, it’s true. Ever since i was a little boy, food has been a part of me. I know i know, it’s something we all have to do to survive. But, when you get a taste of some good food it becomes something of an event. Something you look forward to. I was fortunate enough that when I was growing up my parents raised me to eat pretty much anything. We didn’t grow up with a lot of money, so, what ever we had to eat became the star of the show. From mom’s amazing tacos and chilaquiles to even more exotic (at least to a kid like me) beef stroganoff, we ate it all up. But, i must say, even back then we were used to pretty traditional food. You had your usual meals from week to week, and if we were lucky, we got to go out and try something new.

I’ll never forget the time when my dad and i went to a small Japanese restaurant in Rosemead. I must have been 10 years old or so. I remember going into the restaurant (being the only non-Japanese folks in there) and just looking at everyone’s tables all googly-eyed. I was totally entranced. I had no idea what anyone was eating. As a kid, you know how it is. If you see something you don’t understand, it’s hard to want to eat it. Even with all the experiences we had had, it was a tough sell. I had never even heard of sushi or sashimi. It was all so strange. But, i knew one day i would try it and see what it was like. 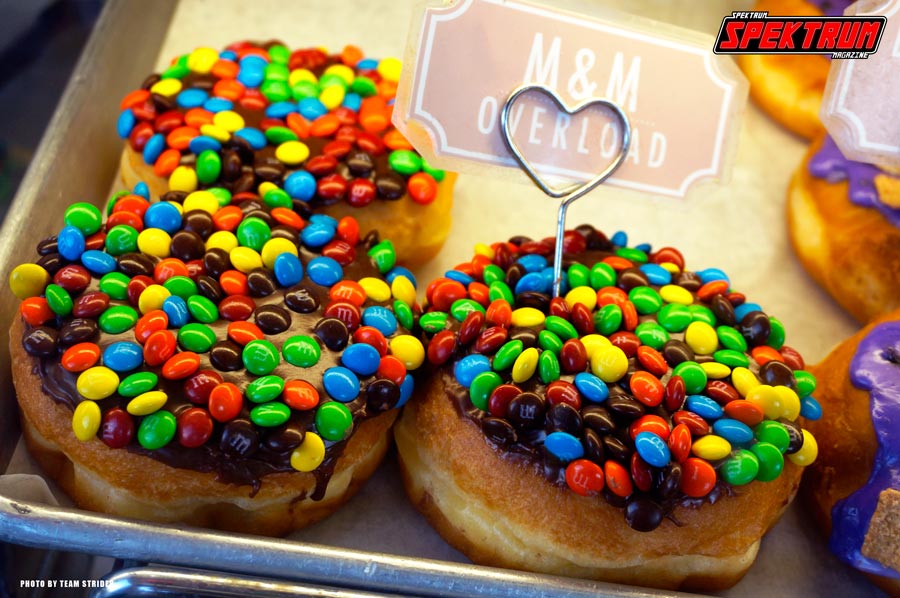 Not too long after that, I discover (and still do) new flavors and tastes domestically and from abroad. With the foodie culture we have now, it’s almost hard to not want to try something new. But, even with all the exotic foods out there, it’s those foods that you grow up with that will always have a place in my heart. I mean, when you come from the 80’s, it’s the Pop Tarts, Doritos and Breakfast Cereals that always have a grip on me. Sometimes having a bowl of Golden Grahams can be one of the best things ever. So, it should be no surprise that here we are in the year 2015 and I am shocked by the madness that people are coming up with these days. If you don’t believe me, try checking for the hashtag #foodporn on Instagram, and you’ll see the extreme levels of food debauchery that exist today. The mash-ups of food are so entrancing, that it really does bring new life into some of the most mundane of foods. All I can say is that I love it. Hehe 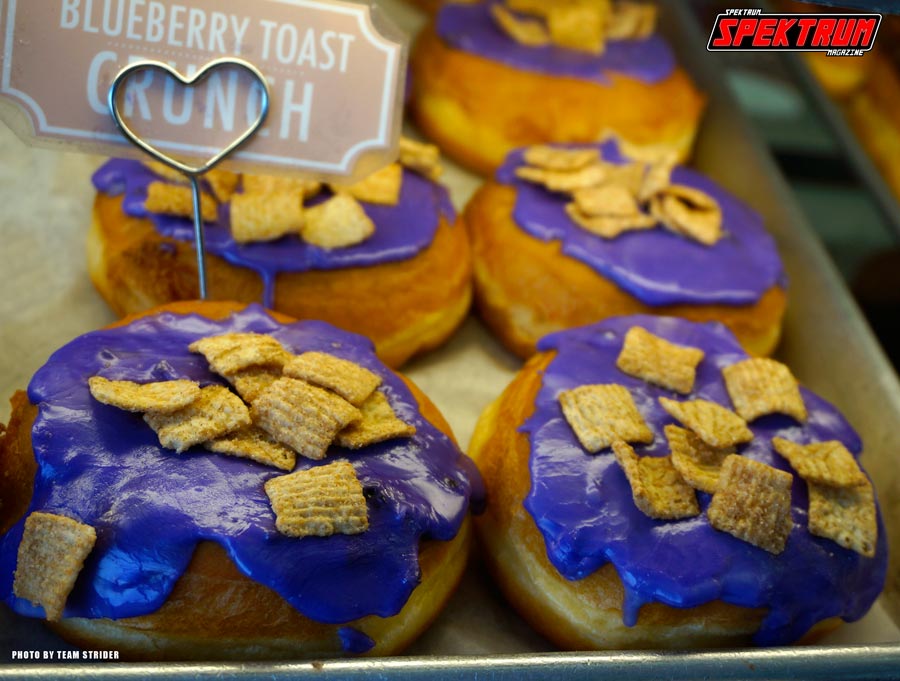 One day while looking at food, I came across a page. It was for a place that was in Los Angeles. A donut shop. Normally it wouldn’t be surprising, but, i couldn’t believe what I was seeing. This was something different. A blueberry donut with Cinnamon Toast Crunch on top? A glazed donut with Lucky Charms as the topper? A donut with Bacon and Maple frosting? Holy hell man, this was just mind blowing. As a self proclaimed fat kid, how could I have not tried something like that? Two things I loved, but, never dared to combine, and here they were together in one extreme sugar encased product. That was it, I just had to have it.

Not too long after that, I made the trek out to Los Angeles. I was like a Lynx on the prowl. Slinking through the streets of LA all in search of the frosted encrusted sugar bombs. I remember driving down the street from the location thinking I had gotten lost. I kept thinking that this was probably a small place. It would take me a while to find it. Boy was I wrong. Even from a block away, you could see the steady stream of people packing the parking lot. Oh yeah, I definitely had the right place. Now if only I could find parking. Sometimes in moments like this, I wish I could fire off a few rounds into the air just to clear out the parking lot. But, I value my life and that of others. Because, you know. Bullets do come back down, and I’m damn well not gonna be in the path of those things. 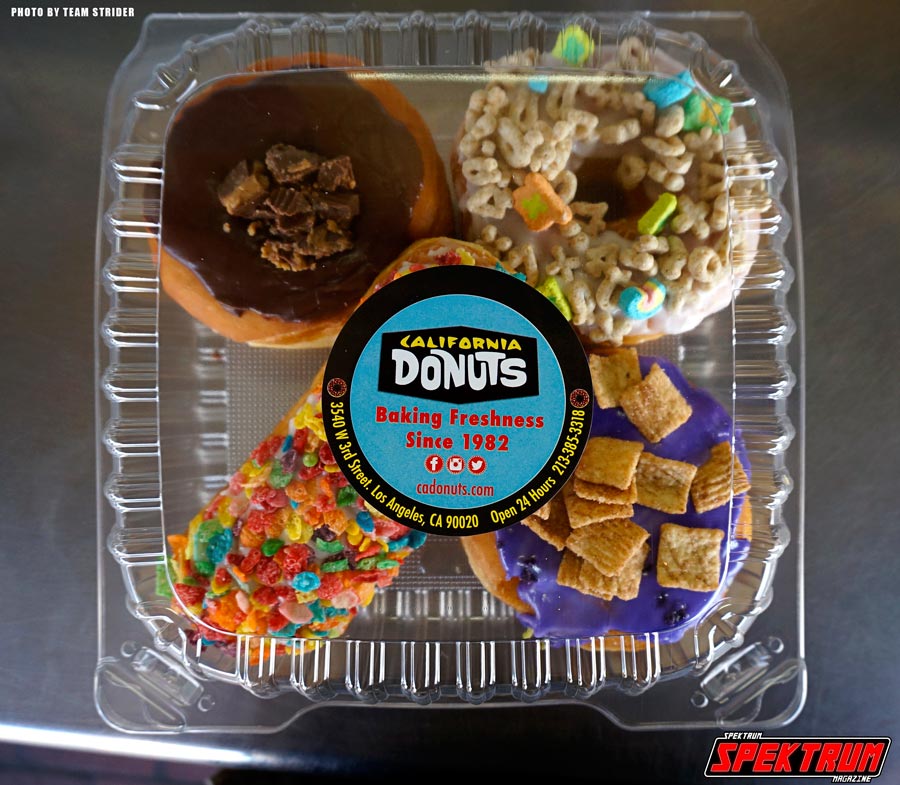 When you get your donuts, they come in this case. Very snazzy

Within minutes of standing in line, I was treated to an assortment of fantastically beautiful donuts. From one donut to the next, it was just so fascinating to eat (and especially to look at), that it’s hard to describe. I mean, for years, since I was a child, these combinations of things had never crossed my mind to try. Putting M&M’s on a donut was near unheard of. And here i was thinking that i was daring. But, those donuts definitely opened up my eyes quite a bit. I can sit here and try to describe the glorious sugar rush that these donuts provide, but, I’d rather the pictures do the talking. The things they’ll make you think. It’s entoxicating.

If you like Donuts, or are just curious to try something new, definitely make it a point to go out to California Donuts. There is a reason that they’ve been around for over 30 years.  And, it sure does help the fact that they are open 24 Hours, 7-Days a week. So, there’s no excuse for not getting your fix. As a matter of fact….I think it’s time for a little trip. Oh yeah! 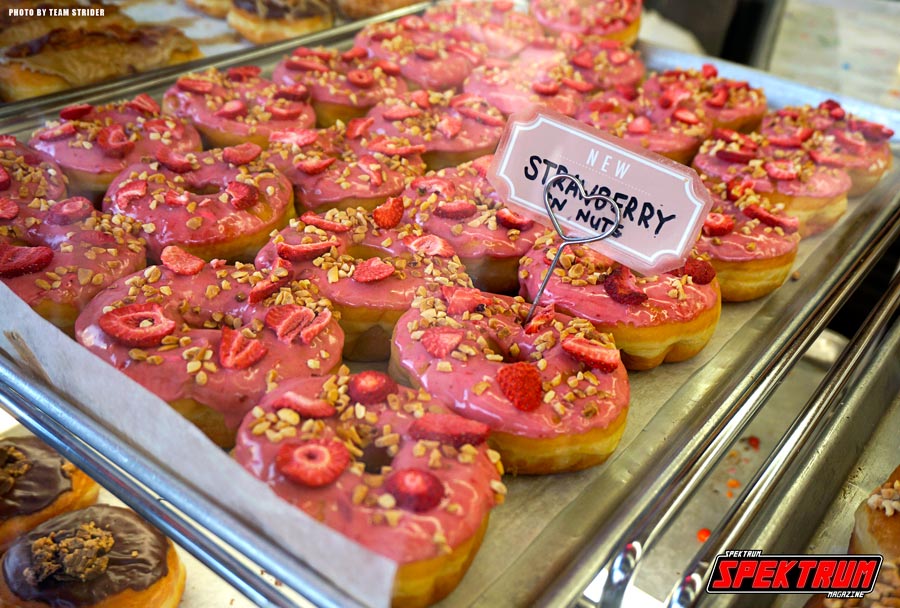 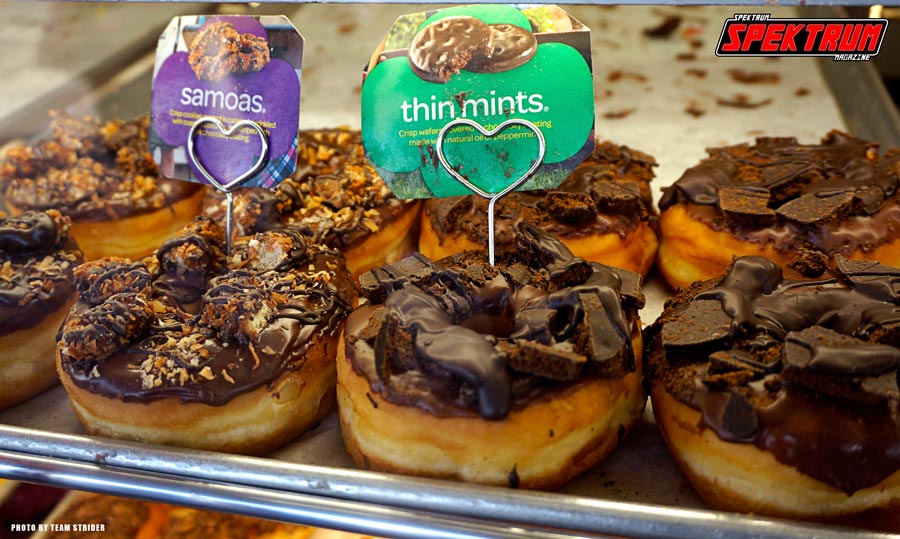 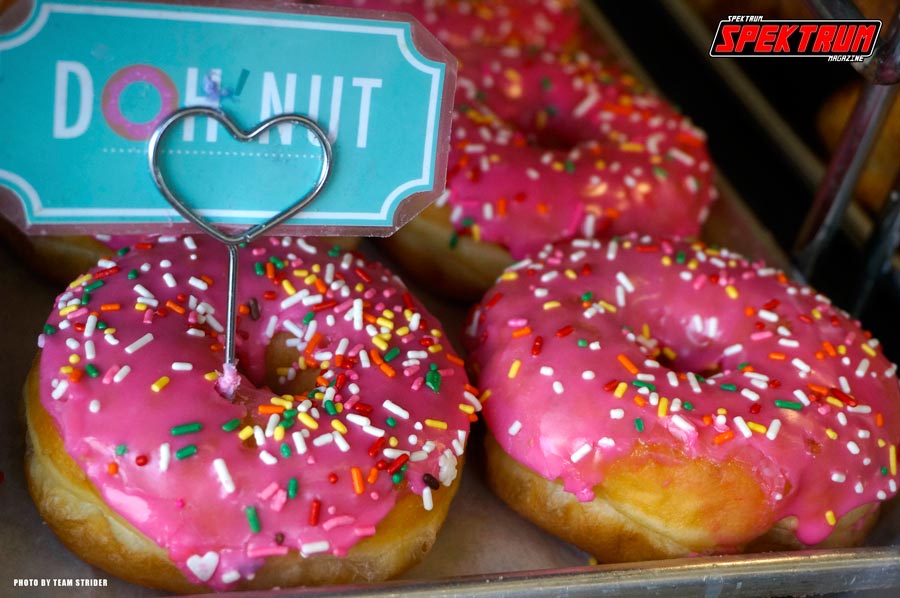 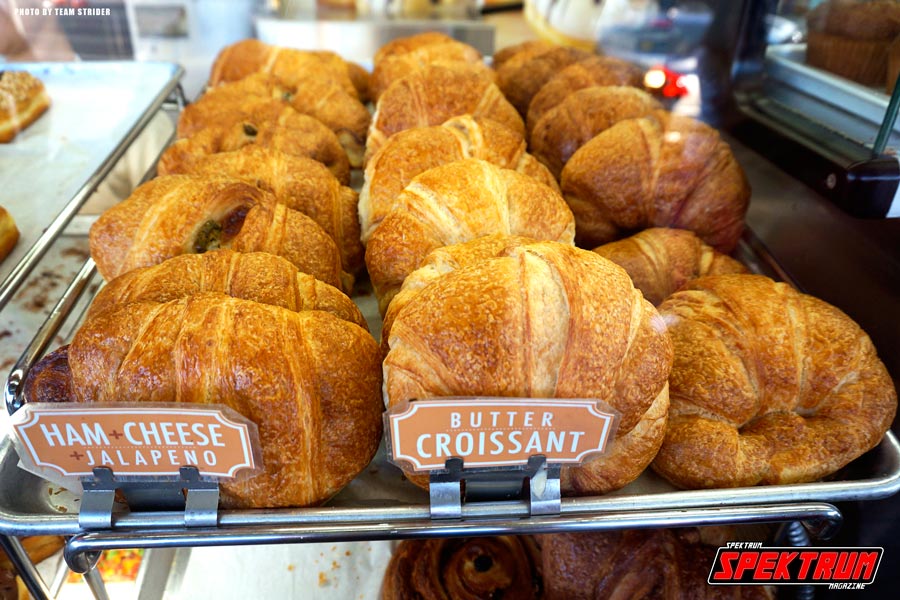 Besides donuts, they also serve Croissants and Muffins. Yum! 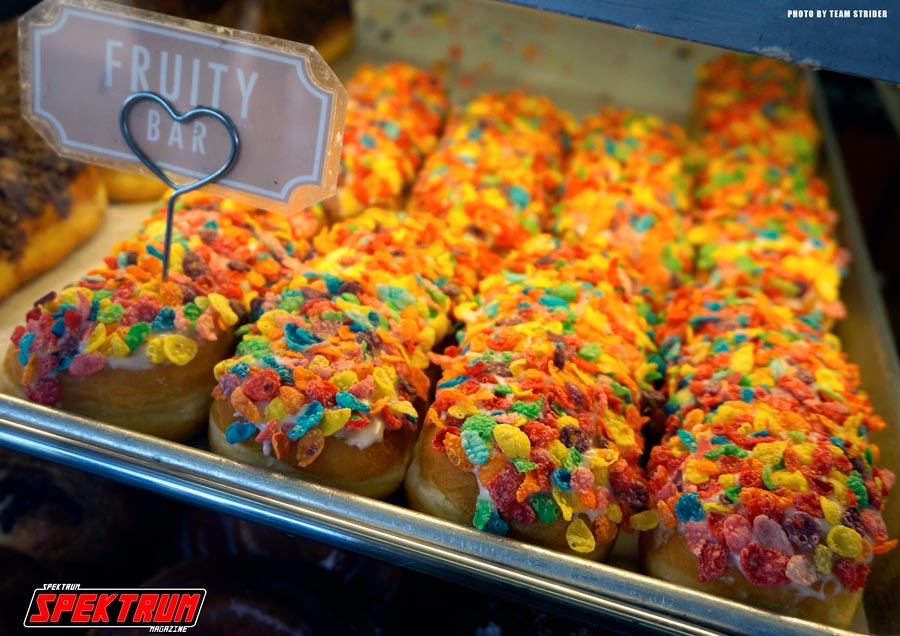 For more information on where to find California Donuts, check out their webpage. 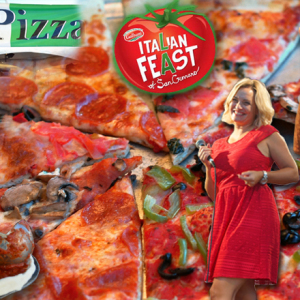 One of my favorite things about the Summer / Fall season is the abundance of food and music festivals. All over Southern...