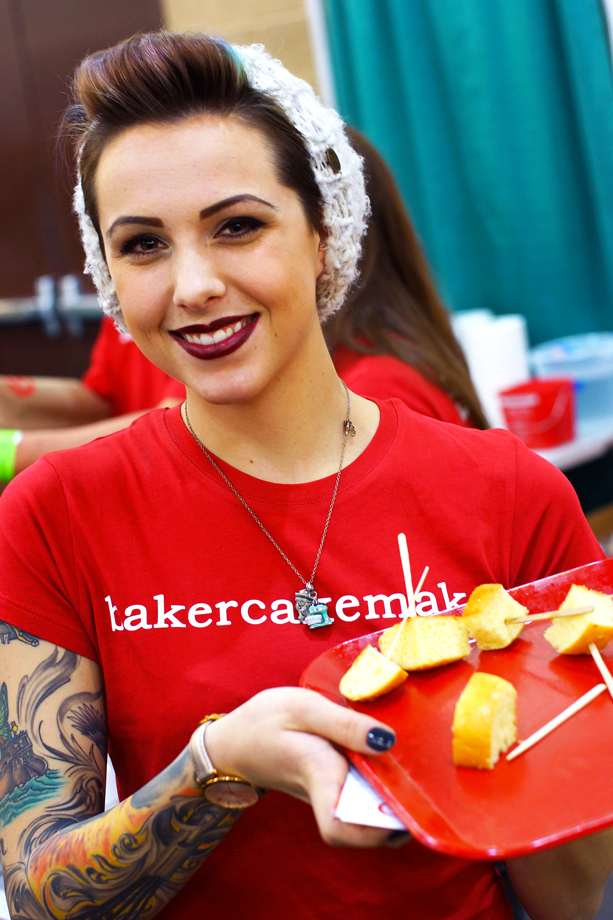 Los Angeles is home to many conventions and events that cater to just about anyone. But, this year, something special came to town, and it was something I am sure that everyone was waiting for. Food seems to be something that is one everyone’s mind nowadays, and with the rise of social media food ideas and images flow freely from one corner of the planet to another. While there is a host of social media pages and apps that help to spread messages, I first learned of the Cookie Convention on the old fashioned radio. 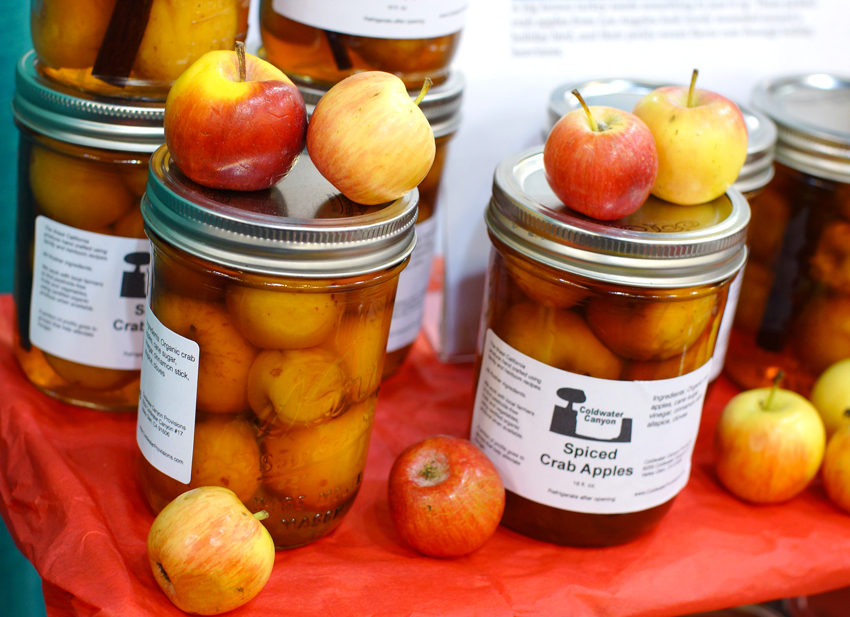 I’ll have to admit, when those words, “LA Cookie Con” first came out of my car stereo, I was instantly captivated. As a fat kid at heart, and a foodie in every sense of the word, I couldn’t help but be fascinated by this concept. I just knew I had to find out about this show. Twenty minutes later, out of traffic and with my phone in hand, I knew everything there was to know about this show. How could this land of baked goods and awesomeness have slipped under my radar? Don’t know, but, it was my mission to make it out to this event. 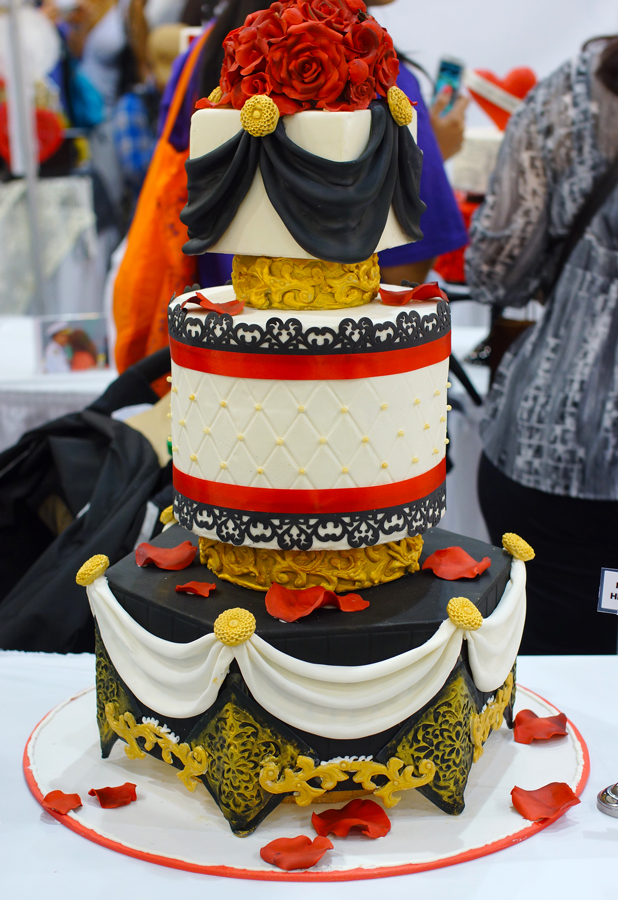 Fast forward to two weeks later, and the day had arrived for the show. As it turs out, this LA Cookie Con was the very first one. As a first show, it’s always a bit daunting. I didn’t think, being the first event, that it would be a very big show. Boy, was I wrong! As I turned the street coming from the area I had parked at to face the Pasadena Convention Center, I was treated to a line that looked like the line to Space Mountain. If you could have seen the expression on my face, you would have seen a guy who was more than eager to get my cookie groove on. And by the looks of the amount of people eagerly awaiting to get inside, so were they. It is no wonder that the demand for such a show was there, and the people had spoken, and had come for a taste. 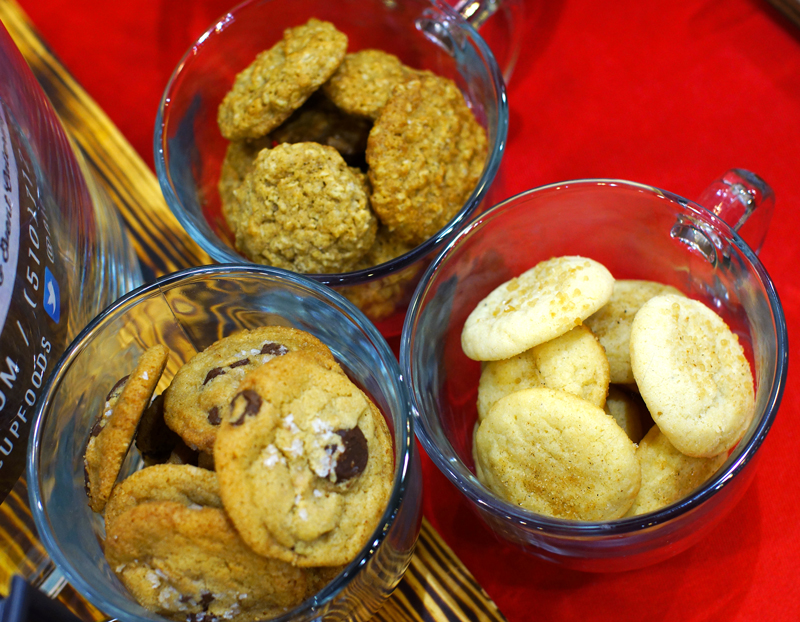 Upon entering the front door into the show, the sea of people was incredible. From the outside all the way the very far corner of the floor, you could see food fans trying their very best to sample some of the most delectable sweets and pastries this side of the Mississippi. Luckily for us, and for the fans that were there, there were plenty of samples and tasty treats for everyone. In fact, we were greeted by a few bags of chocolate chip cookies. Definitely a great start. I could be at a root canal convention and like it if free food was involved. Well, maybe not. But, there’s a first time for everything. Let’s just say, that this was the first of many amazing treats that were to come. 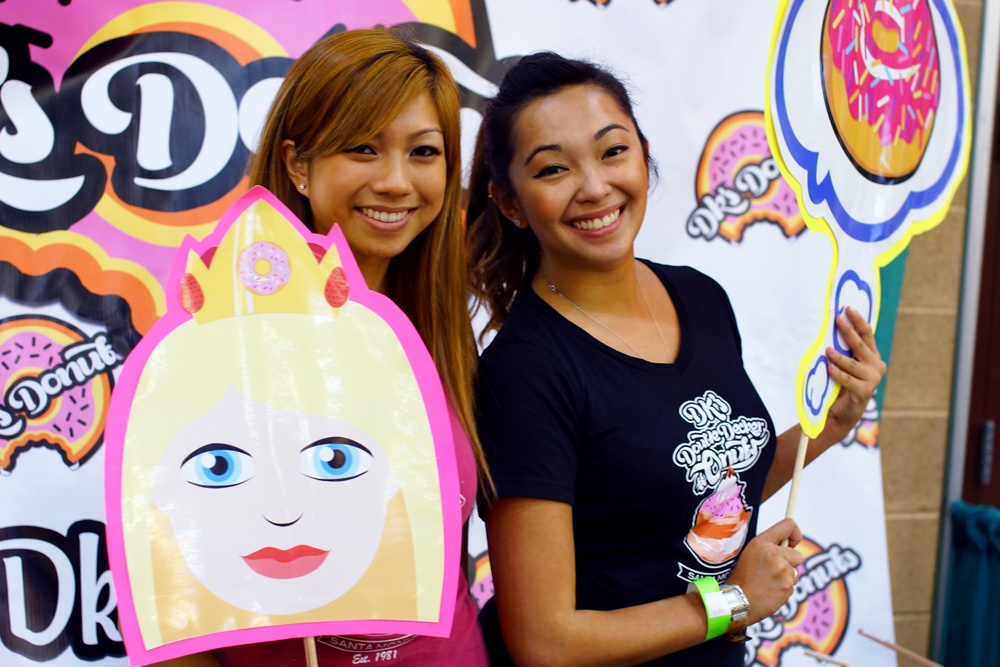 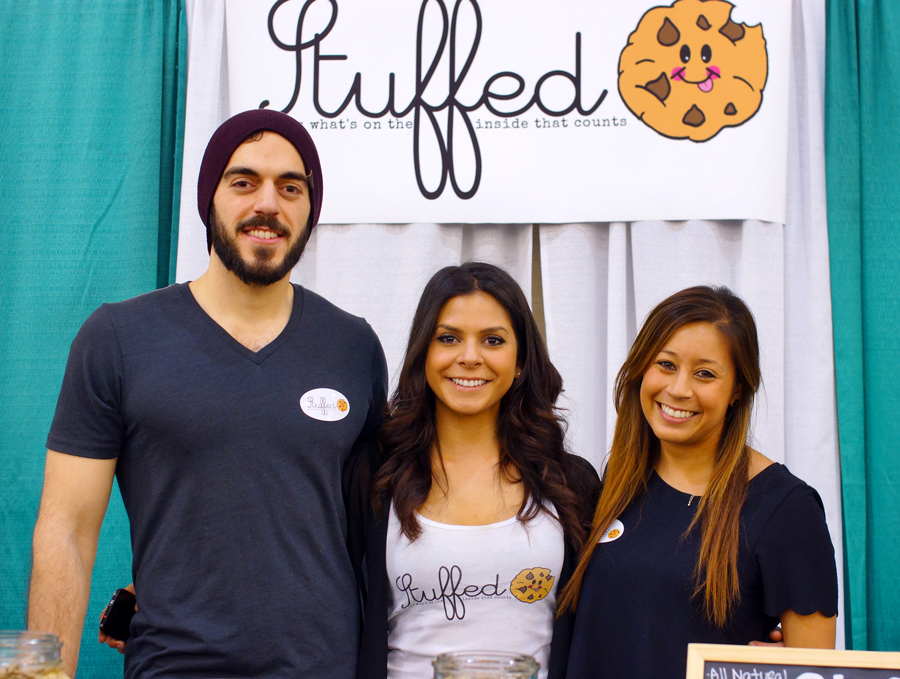 Booth after booth, and from one section to the next, some of the most delicious fudge cake pops, white macadamia chocolate cookies and sprinkled donuts lined the convention floor. If any of you remember that episode of the Simpsons where Homer dreams that he is in the land of chocolate, and begins to eat everything in sight, then you know exactly how I felt.

One of the first cookies I tasted was also one of the best I have ever had. It was a red velvet, white chocolate chip cookie. I can’t express how amazing this cookie was. As I type this, my mouth is watering, and hankering for another bite of that devilish concoction of all things amazing. I would throw myself on a grenade just for one more bite of that. Let me just have a moment of silence while I reminisce on that experience.

From there you have the unbelievably delicious looking and tasting donuts by DK’s Donuts. Their Ube donuts are just so amazing looking (Purple Ube glaze and rainbow sprinkles on some of them), and what they are most known for. But, everything they had on display was just fantastic.

The cookies by Jen & Joe’s Cookie Dough were also a booth that I was drawn to. Their pastel logo and clever cookie designs instantly caught my eye. Again, the offering of free samples helped as well. Taking that first bite of ooey-gooey chocolate chip cookies instantly made me a fan. From chocolate sugar cookies, to every variety of delectable mouth-watering cookie was almost too much to handle. Thankfully, their smiles and genuine friendliness really made that day that much better. A real special group of bakers and chefs doing something they really love and putting it together for the enjoyment of others. It’s a beautiful thing for sure. 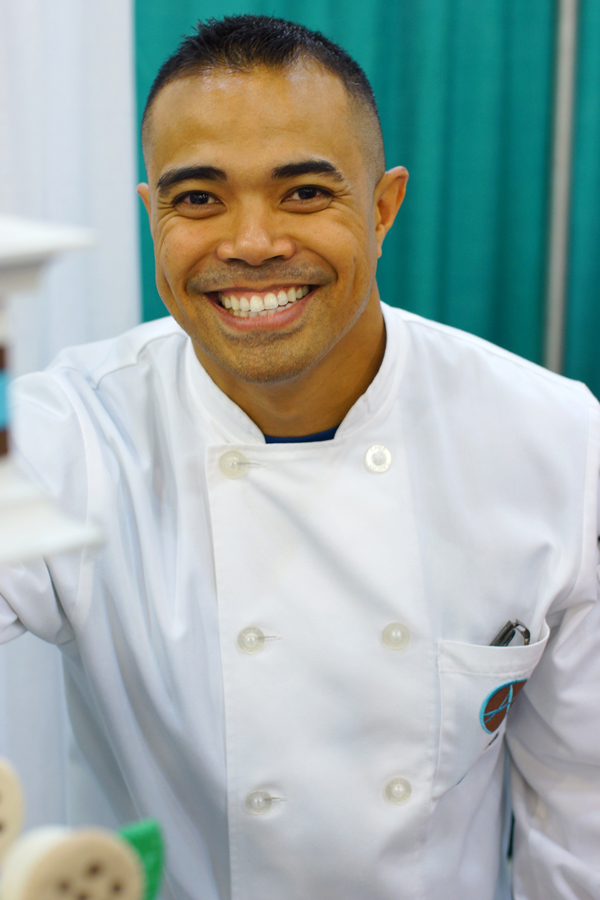 These were just two of the many vendors and personalities we met that day. To say it was a good day would be an understatement. I mean, what other event could you go to and see Celebrity chefs give seminars, see, taste and sample some of the best treats by the best kitchens and shops in all of LA, and beyond? And, see the Nesquik bunny walking around (I kid you not)? Only at the LA Cookie-Con, that’s where. 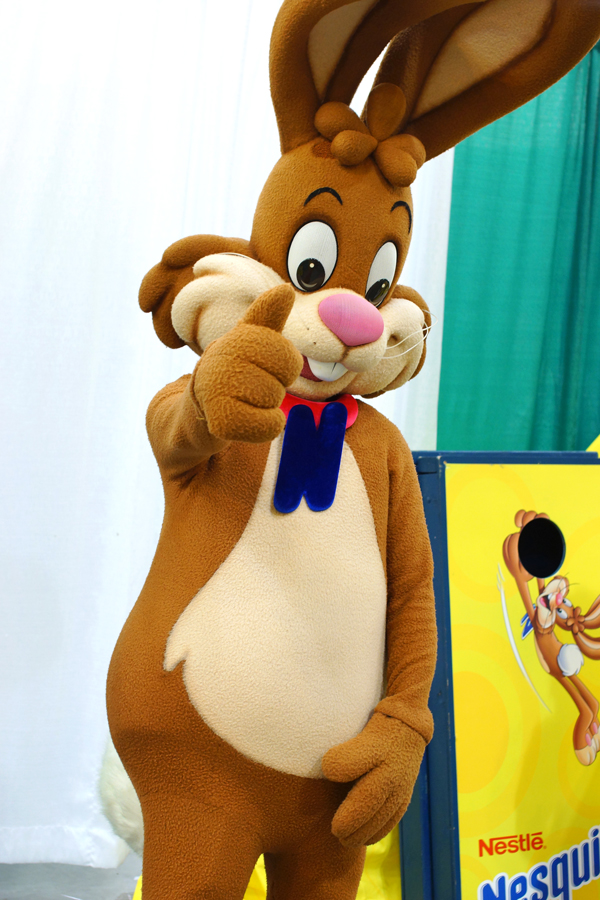 While the event was overly crowded and a little small for what it ended up being, Cookie-Con was a great event for us and for everyone that showed up. You could tell that people were genuinely happy when you see them popping back cookies like they were M&M’s, and their eyes roll back into their heads in pure delight. That there is passion folks, and that can only come from the heart. We can’t wait for the next one, and for an even bigger and better turn out. We are sure that everyone will be in for a sweet treat. 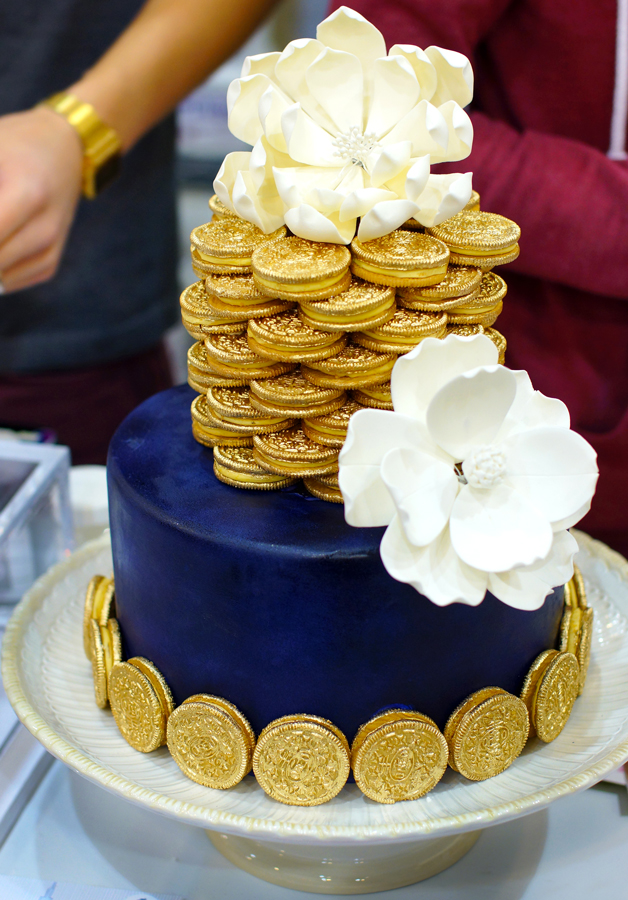 We want to give a very special thanks to everyone that we met that day, and were gracious enough to take pictures with and for us. Last, but, not very least, we want to thank the organizers and staff of Cookie-Con. They and everyone in attendance really made that event a fun and special one.

Over the Skies of Miramar: A Concerto of Steel and Firepower 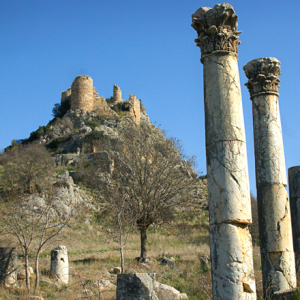 Turkey is a fascinating land. Caught between superpowers on every side of it, it is in one of the most incredible pieces...

December 30, 2014
Copyright 2013 Spektrum Magazine All Right Reserved.
Back to top