I remember back when the first Fast and Furious movie had come out, there was a scene that really stuck out in my mind. It was a scene that they kept talking about through the entire movie. While there were a few story arcs playing in the foreground, there was one that promised to be something epic.  Like any good movie, it is in that third act that you tie everything together and definitely end it in a big way. Fast and Furious played on that with the whole idea of Race Wars. 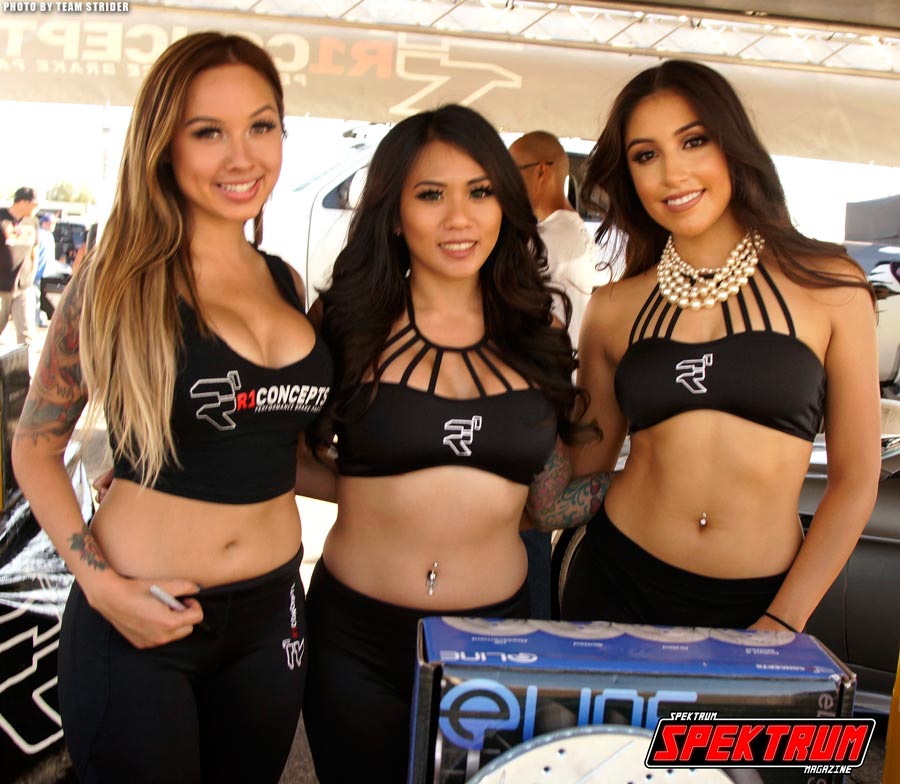 The gorgeous models of R1 Concepts smile for the camera

Throughout the whole movie, we are teased with some of the big shots in the underground racing scene. Toretto (Vin Diesel) being the main character. But, along the way we meet Hector, Johnny Trang and a few others. One thing they all talk about though is an upcoming car show / competition out in the desert. This show would be where all of these guys could duke it out on a track and settle for money and bragging rights. It sounded pretty awesome, and i know i wasn’t the only one leaving the theater that day wanting to check that show out (and drive 120 down city streets.. but, we don’t condone this at all of course). But, to my surprise, it turns out that, that Race Wars was all made up. It was a total bummer. I mean, everything about Race Wars looked so bad ass. The hottest cars, all the big vendors, pedal to the metal racing and the hottest models all in one place. What was not to like? Well, other than the fact that it was a made-for-the-movie scene, it looked like it would have been a great party. 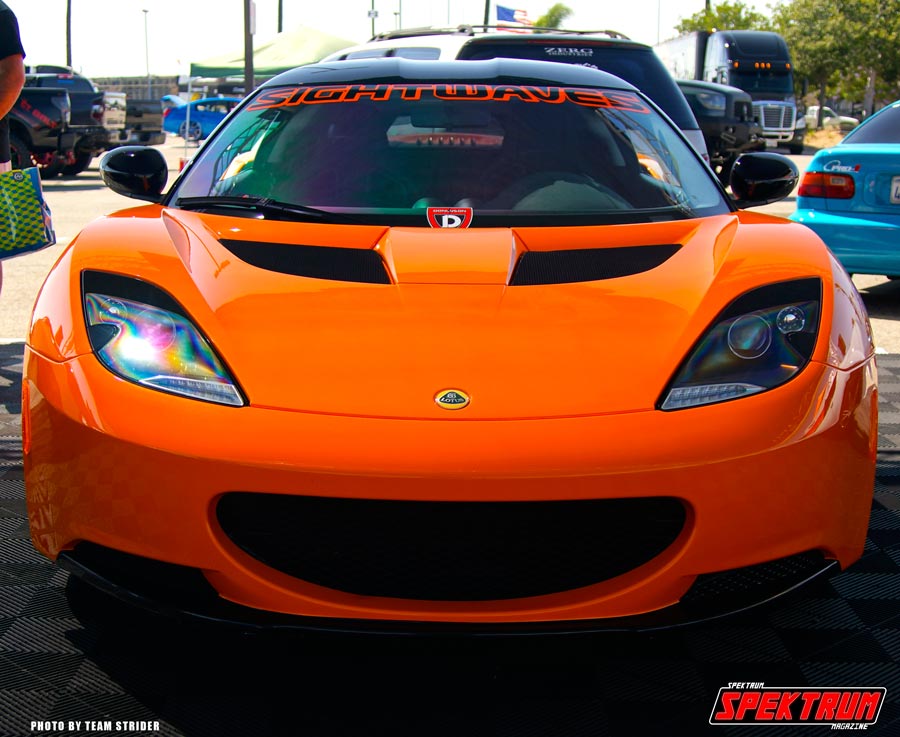 There’s an old saying. Everything old becomes new again. This was definitely the case with the idea of Race Wars. Nearly fourteen years from when we first saw it on the big screen, 742 Marketing brings us Race Wars. Making its debut at the famous Irwindale Speedway in Southern California, 742 (Marketing) brought to life the show that we had all been thinking about all these years. Some of us, even growing up with it. But, was it worth it? Was it worth the wait? Did it offer everything that we could have hoped for? Truth is, that no matter what we would like, the reality is always harder to come by. But, for what it was worth, Race Wars was great. 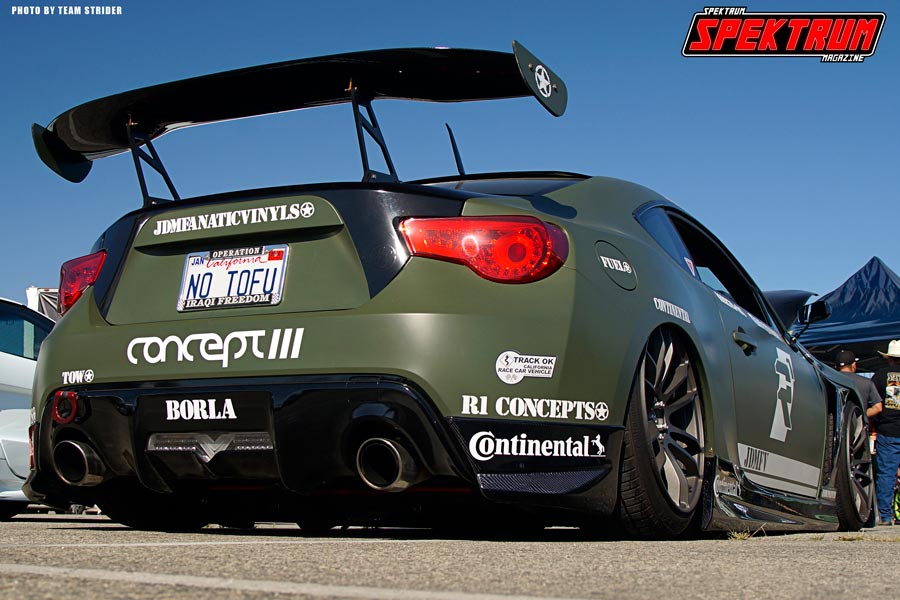 Just like in the movie, this show was a hodge-podge of cars of all types. From Nissan GTR’s to classic Bluebirds, and everything in between, this show had a little bit of everything. It was really nice seeing what some of the vendors brought out as well. A lot of those sponsored cars are a real treat to see. The R1 Concepts Nissan GTR for example, is one prime example. A car that you definitely don’t see like that everyday, this Nissan must have 10’s of thousands of dollars invested into it. Just amazing. It also helped to see the cars amped up by their stunningly beautiful models. Like peanut butter and jelly, cars and the ladies is always a winning combination. R1 wasn’t the only one however. As, vendors and car clubs from all over brought their A-Game to this show, and definitely had a lot to offer for the fans.

On top of all that though, there were indeed the race wars. Situated right next to the drag strip, the show was in the perfect position for people to go from checking out the main stage and cars to the burnt gravel of the race track. This really brought the show a little extra. Something extra for everyone there. I don’t know. There’s something nice about seeing cars actually roll over to a track and start tearing stuff up. Garage cars are nice, but, it’s definitely a driver’s passion to see these steel beasts turn and burn. With the eminent closing of Irwindale later this year, we are hoping that whichever new venue 742 decides to take their show to, that they keep this part intact. I am sure the drivers (and fans) would really like to see this happen. 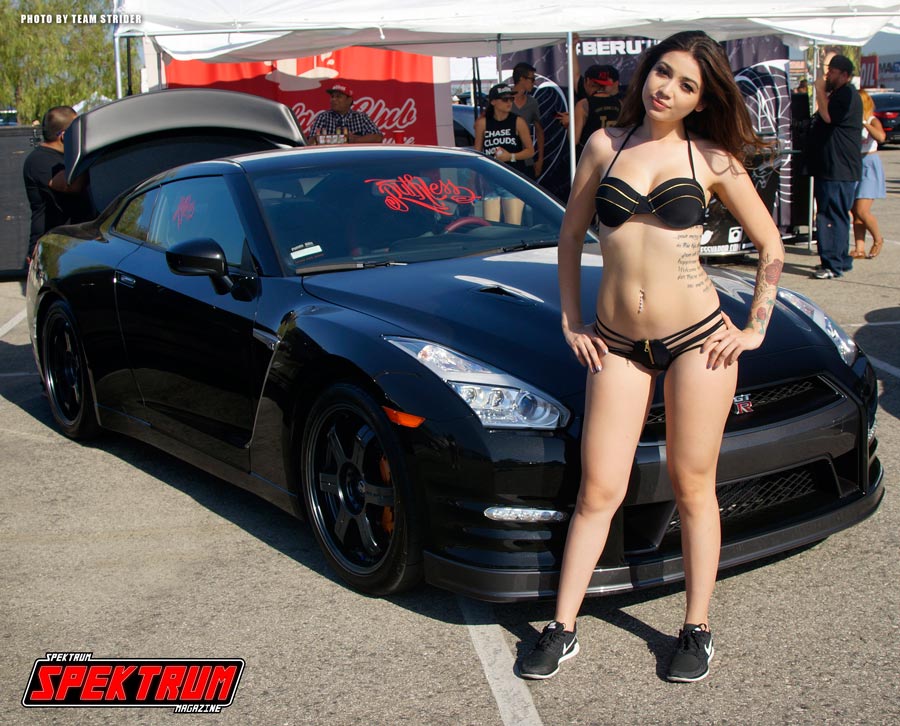 While it was the first show, and hopefully not the last, we are eager to see the next one. Here’s to hoping that it’s even bigger and better than this one. Considering all the excitement we saw from this past show, we don’t expect it to go any other way. We can’t wait for the next Race Wars 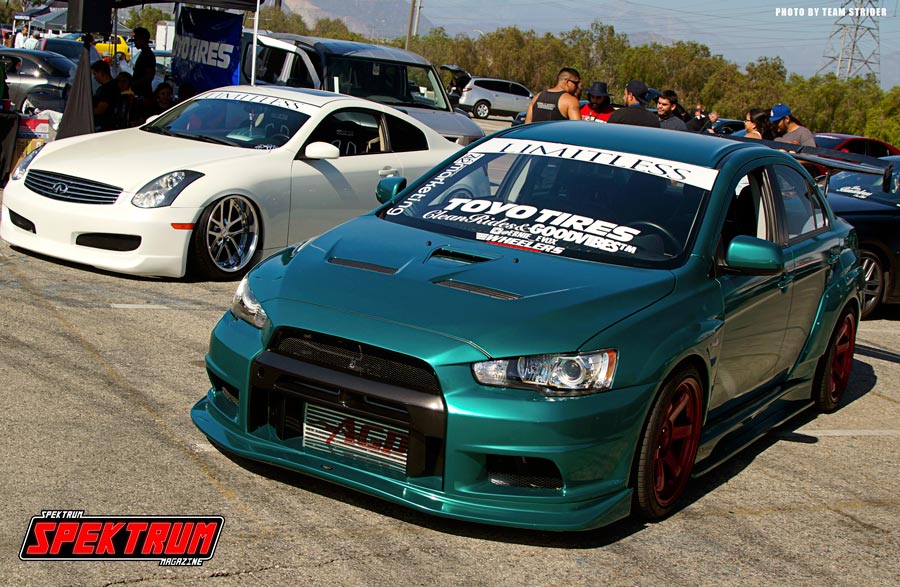 Limitless Society and their show cars 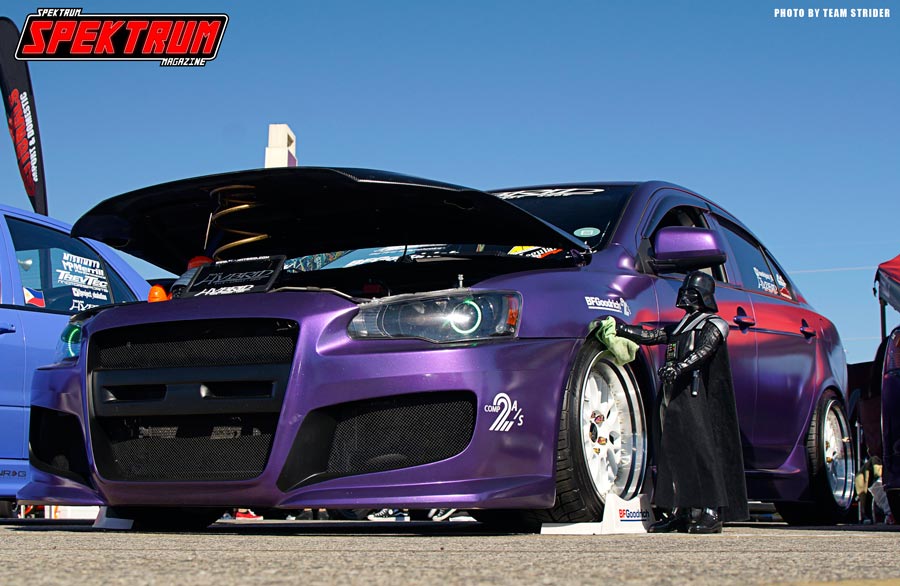 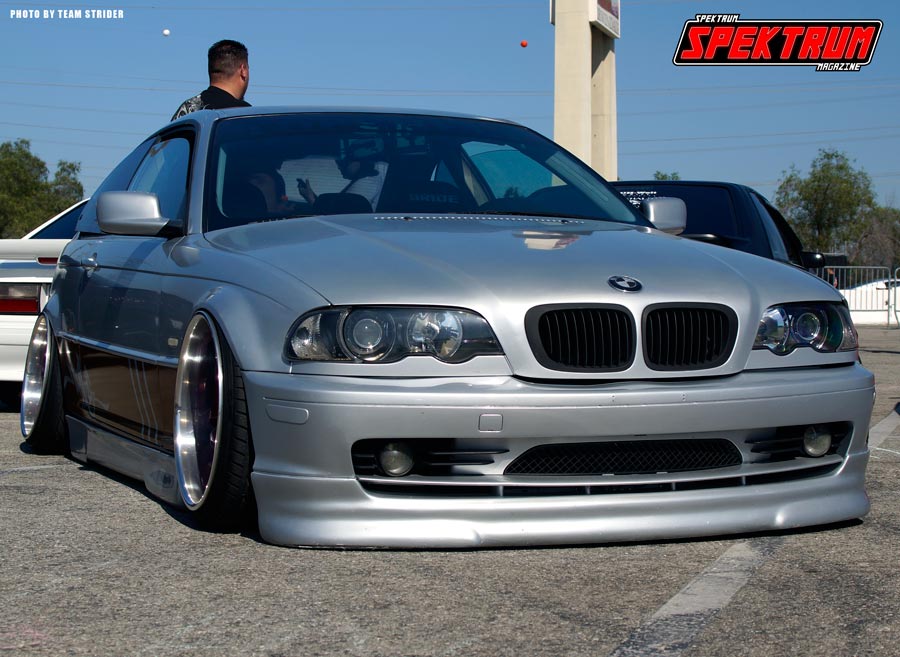 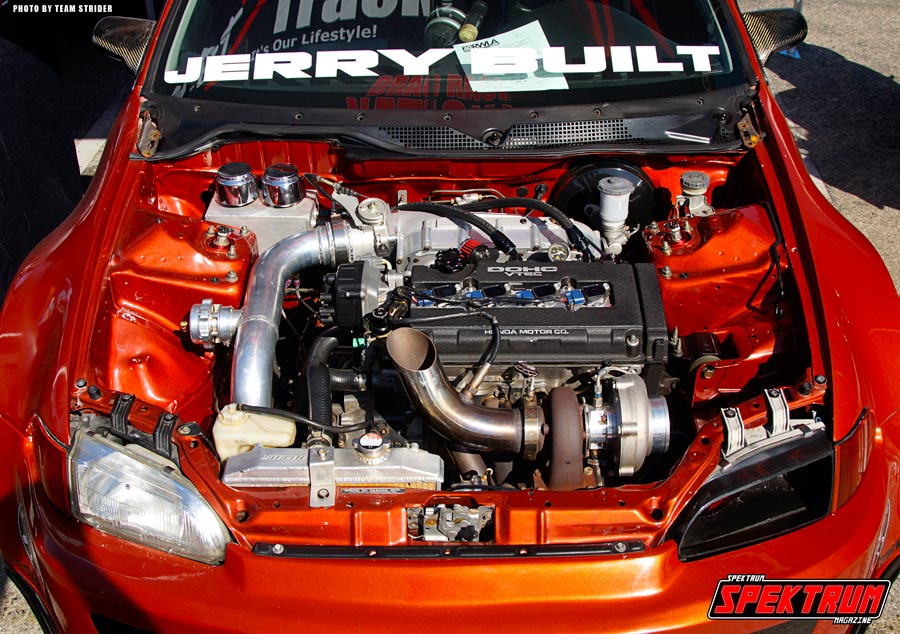 The guts from this highly modified import. Lots of power upgrades and sexy plumbing going on here

Words and pictures by Daniel Navarrete 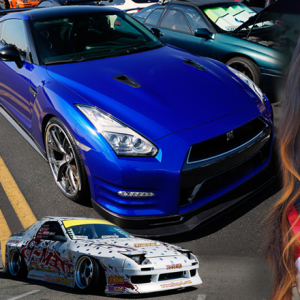 A year ago Nitto decided to do something that is pretty unheard of in the automotive industry. Well, unheard of nowadays....